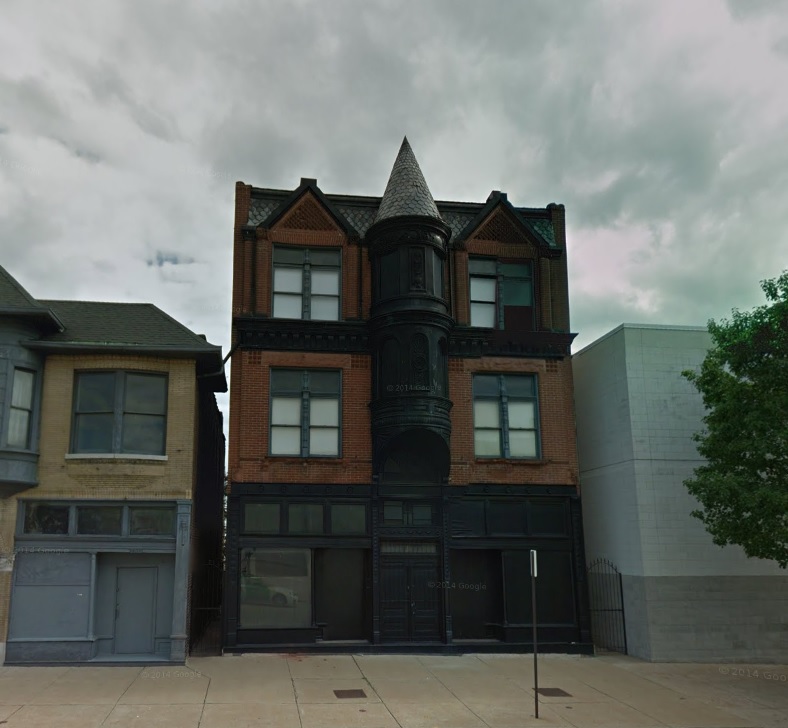 The building at 3910-12 Laclede sports a striking black cast iron turret and would be a small neighborhood landmark were it not somewhat tucked away in a semi-industrial pocket of the City.

Below is a Google Streetview capture of the building: The project has not officially begun (not permits have yet been issued), but it appears interior demolition is underway, as there is currently a dumpster behind the building.

Below is a before/after shot of the Gerhart Block, which neighbors 3910-12 Laclede to the east: