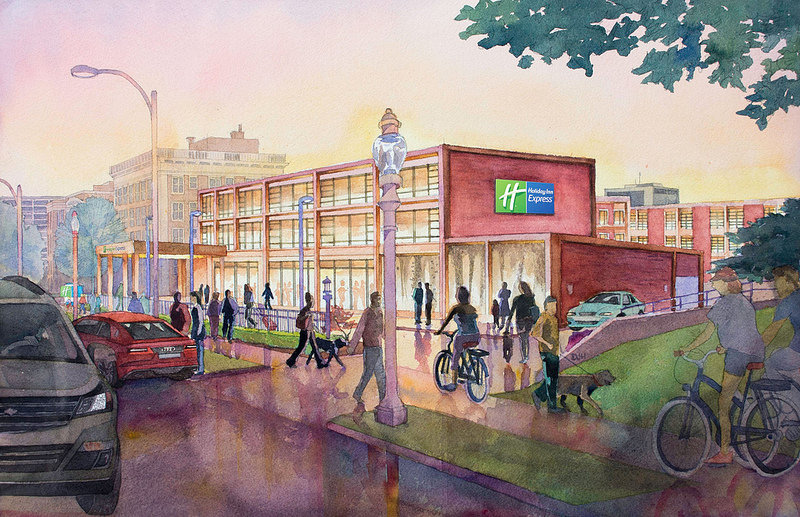 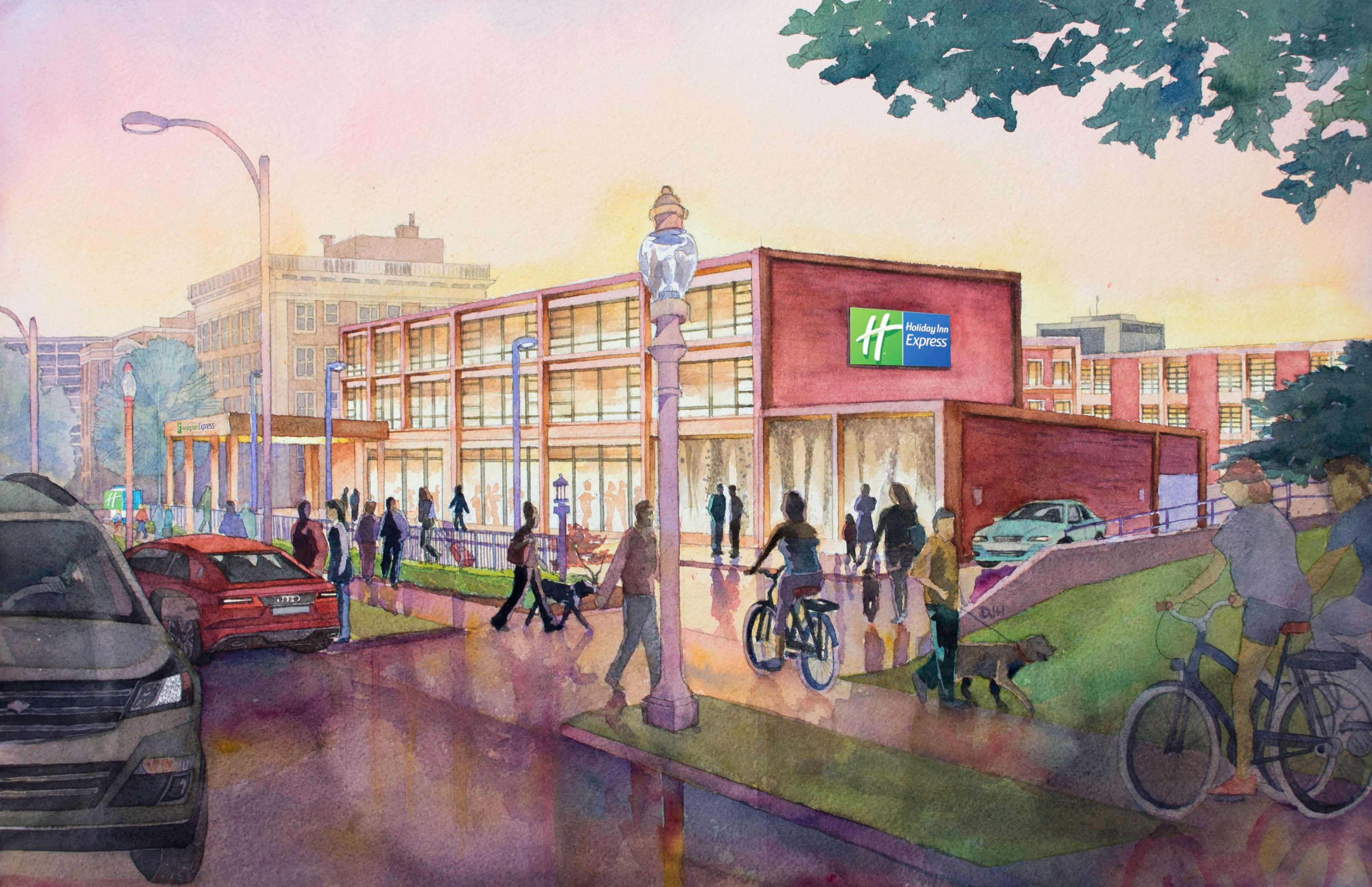 According to a press release, St. Louis’ first motel, built in 1957 at 4630 Lindell Boulevard, will soon by reborn as a Holiday Inn Express. The property closes today for the a $3M remake and is set to reopen in early September.

The property was purchased by the Roberts Brothers in 2007. A renovation converted the aging motel into a Hotel Indigo. In 2011, the hotel was rebranded a Comfort Inn after disputes between Hotel Indigo and the Roberts Cos. dissolved that relationship. 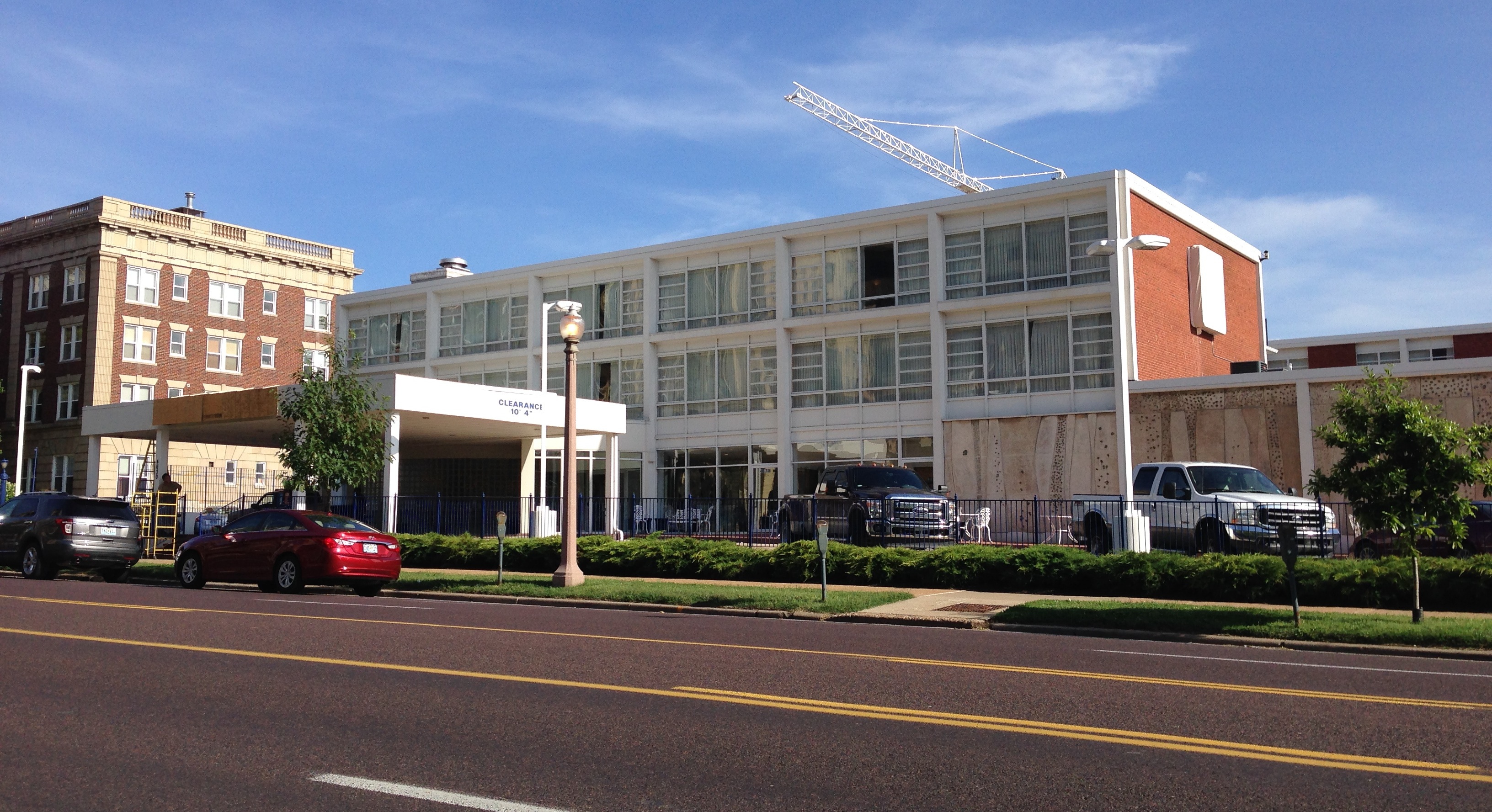 According to the release, the renovated hotel will feature an “oversized garden chess game” in the private courtyard. The hotel is just a block from the renowned Chess Club and Scholastic Center of Saint Louis and World Chess Hall of Fame. Bicycle rentals will also be available for guests. The renovation includes 123 guest rooms, four suites, fitness center and other amenities.

The Bel Air Motel at 4630 Lindell Blvd. in St. Louis, MO, is a significant representative of the changes occurring in commercial design in mid-twentieth century St. Louis. It is eligible for the National Register of Historic Places under, Criterion A: Commerce. When its building permits were issued in late 1957, the St. Louis Post-Dispatch heralded it as the first hotel to be constructed in the city in twenty-seven years and as the city’s first “resort-styled motor hotel.” Its construction is also representative of the city’s mid-century commercial growth and revitalization along Lindell Blvd., a major artery connecting the city’s downtown and the Central West End with the burgeoning and affluent suburb of Clayton.

The Bel Air Motel is associated with St. Louis hotelier and philanthropist, Norman K. Probstein as the first of his numerous hotel ventures and as the best representation of his successful career in hotel development. The Bel Air Motel is also eligible under Criterion C: Architecture as an excellent example of early motor hotel design and for its mid-century Modem design, a stylistic trend that was becoming popular and is especially prevalent along this stretch of Lindell. Built in three stages between 1957 and 1961, which is identified as its period of significance, the completed edifice continues to be used today and its tenure as the Bel Air extended to the early 1980s.