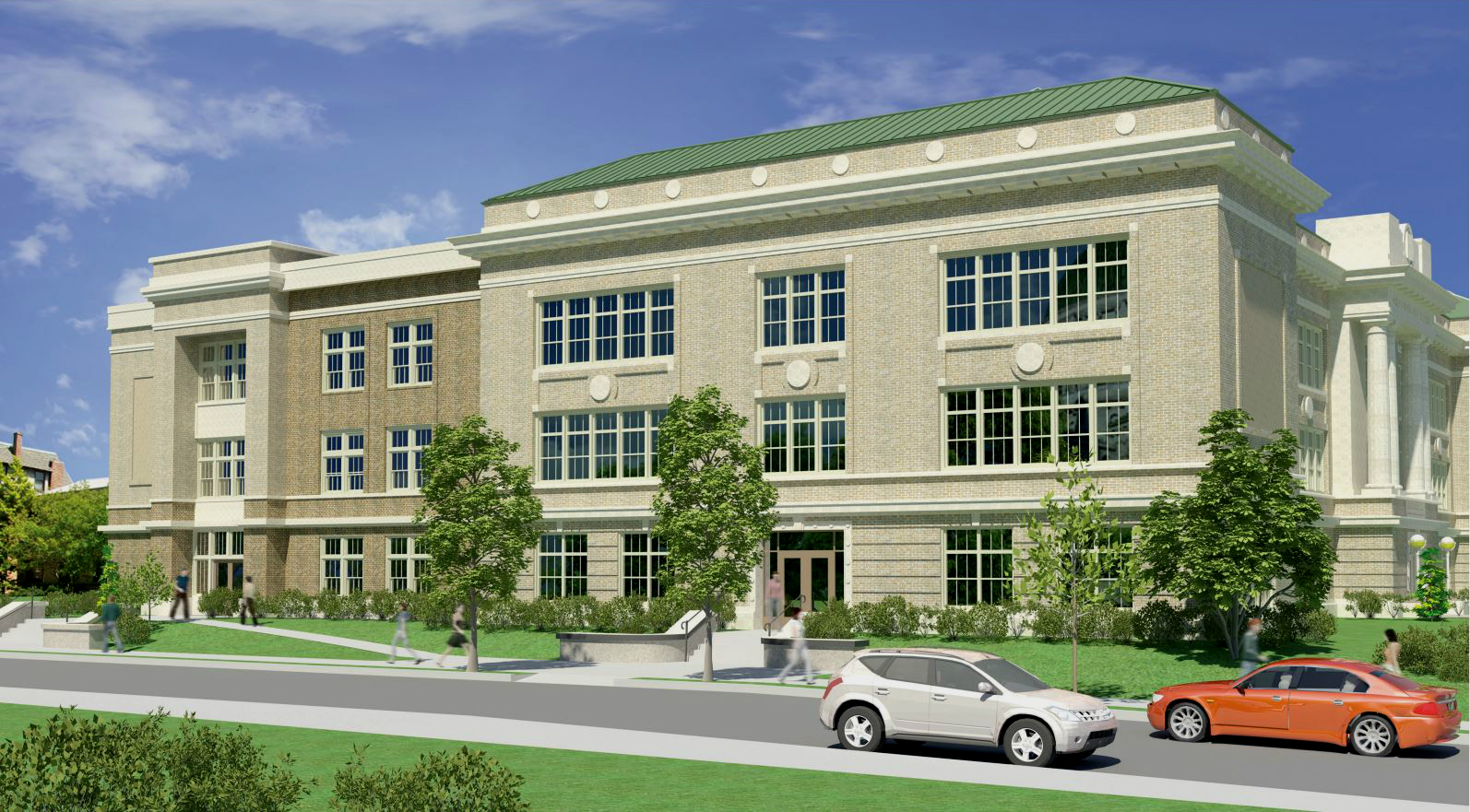 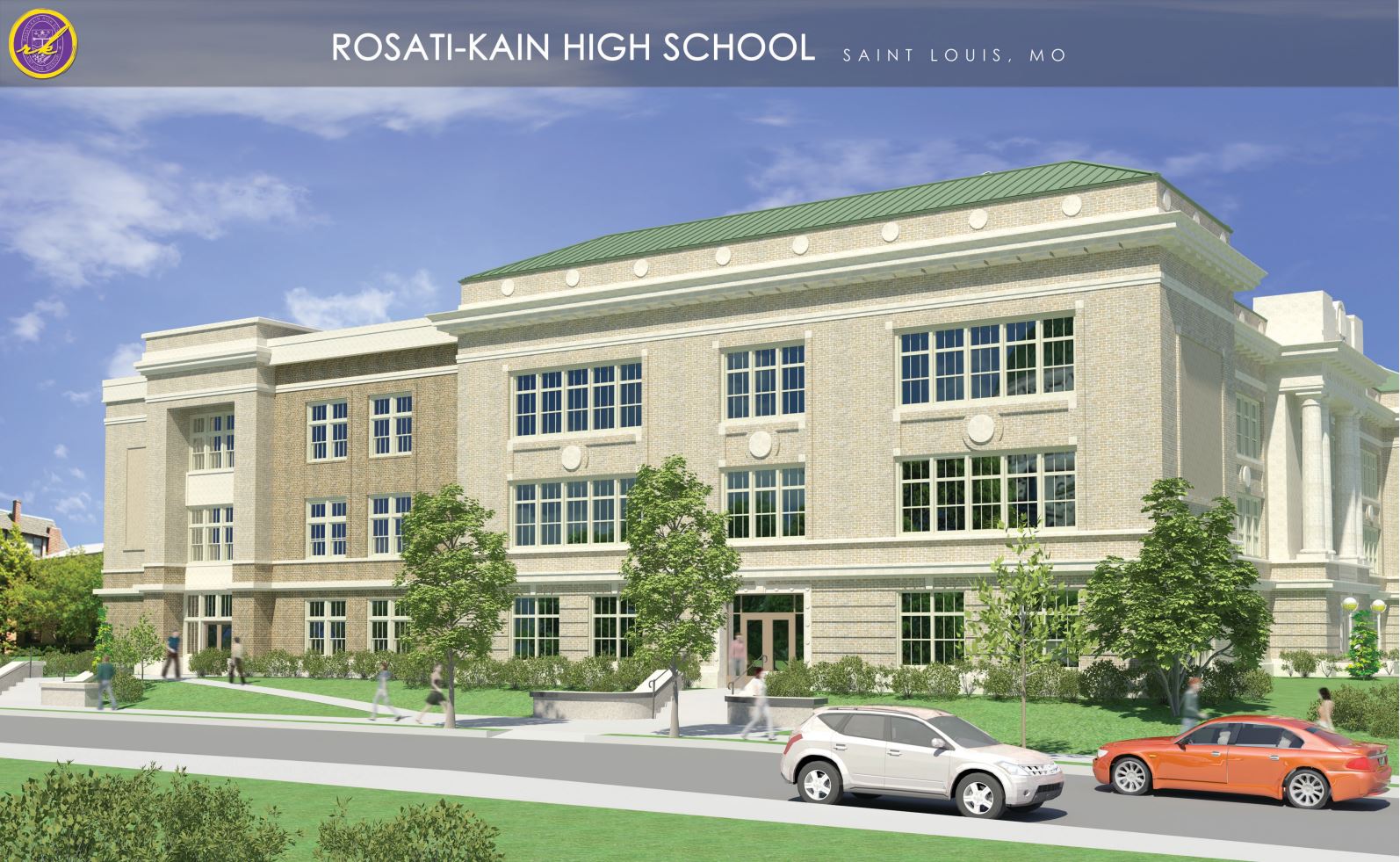 Work to expand Rosati-Kain High School in the city’s Central West End neighborhood is now underway. Founded in 1911, the main school building dates from 1921. The 12,000 foot addition by M+H Architects will replace the 1960s convent residences at 216 North Newstead Avenue. The school is adjacent to the Cathedral Basilica of Saint Louis.

Asbestos abatement in the residential building began early this month and demolition is expected to be completed in June, taking just a week once started. New construction is scheduled to begin in July.

The three-story addition will double current chemistry lab space, add a commons area for collaborative projects and events, and enclose a courtyard for outdoor functions. The addition will also allow for extensive renovations in the existing building and reshuffling of office space. 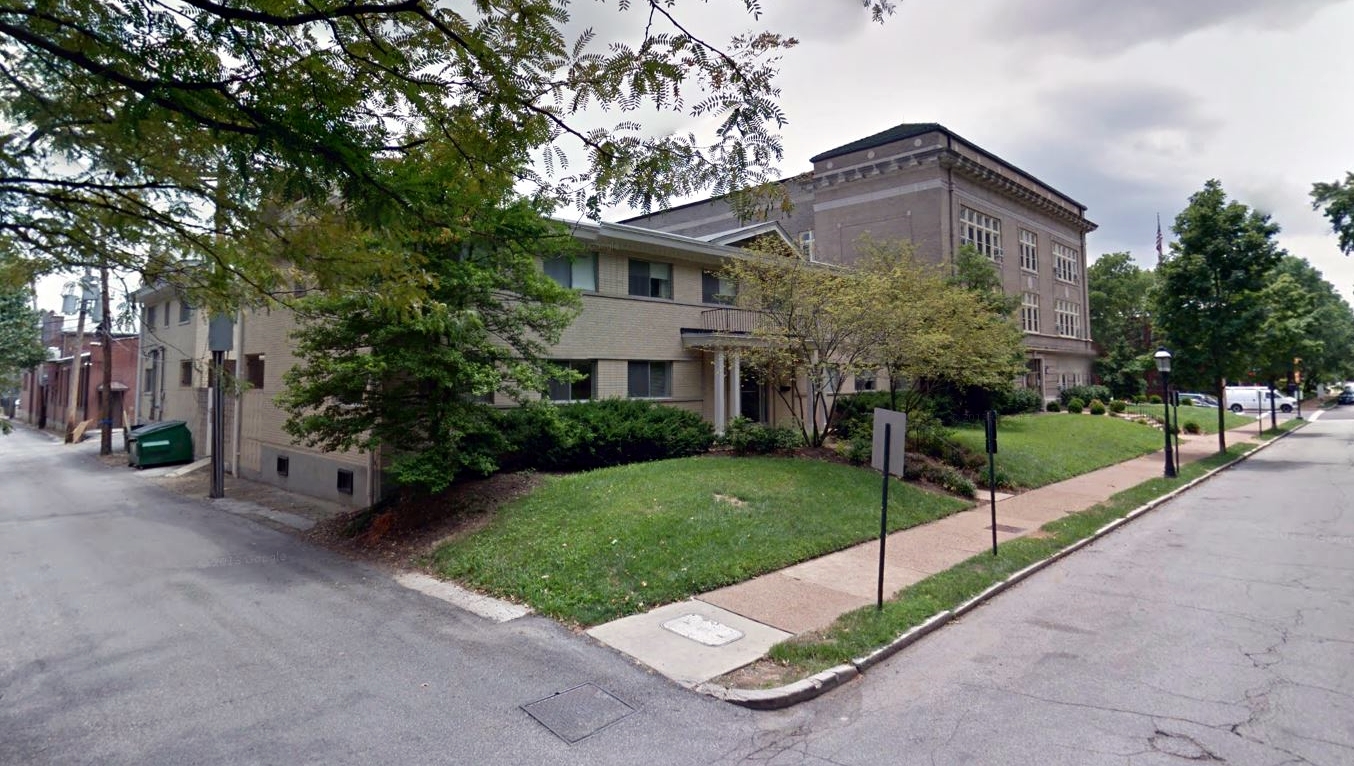 {the 1960s residential building will make way for the expansion}

Current enrollment at the private Catholic high school for girls is 360, with a target of 400 students. The expansion project and renovation is not designed to increase the size of the student body.

To-date, nearly $3M has reportedly been raised toward the project’s $4.5M cost. A loan from the Archdiocese is helping to ensure the project will be completed by the beginning of the 2015-2016 school year.

M+H Architects has worked with Rosati-Kain previously to install energy-efficient windows, replace existing systems, and development a master plan for the campus. The expansion is being designed to accommodate future expansion to both the north and the east. 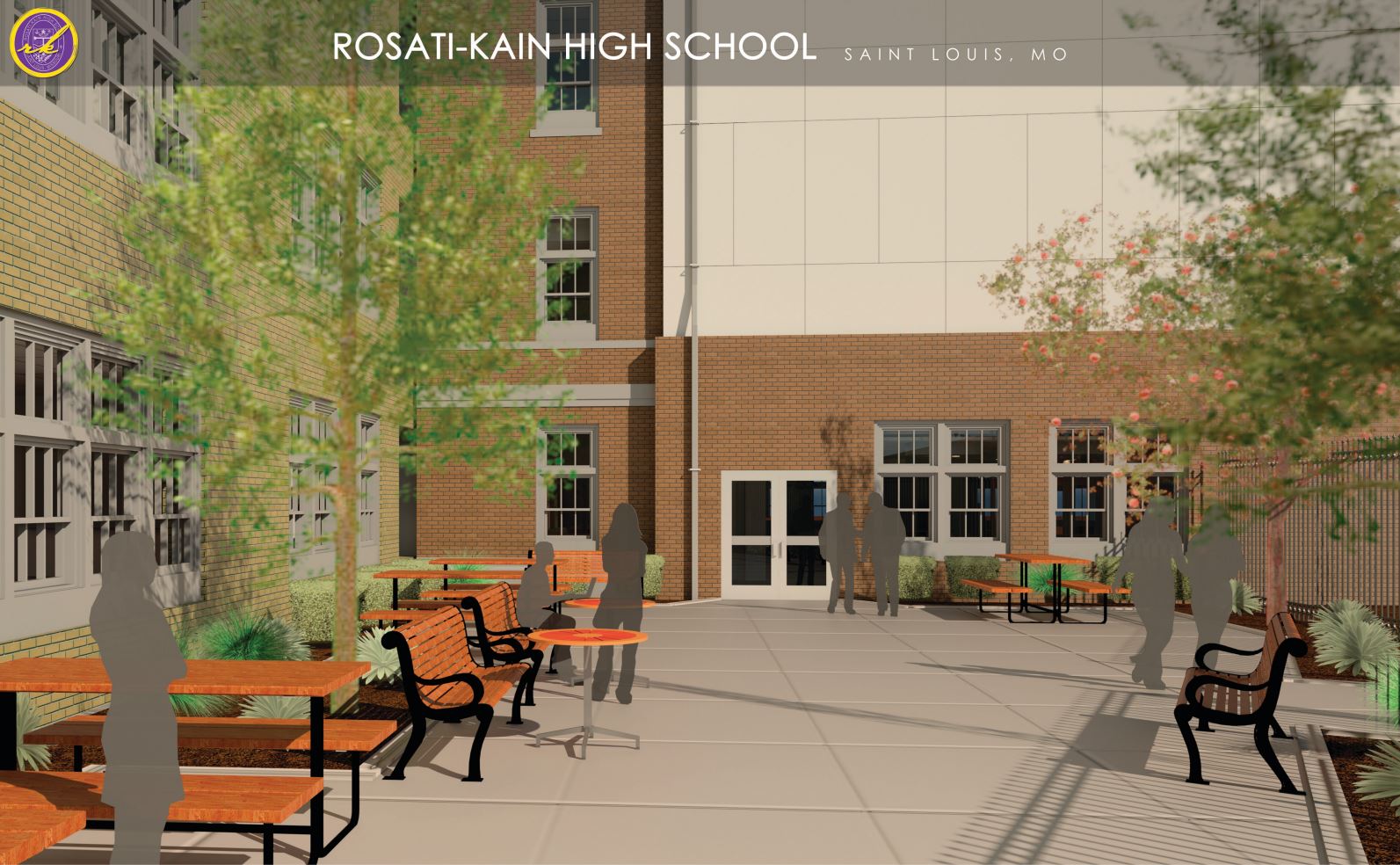 {a new courtyard space will be defined by the addition}

In January of last year, it was announced that the city’s oldest Catholic school for girls, St. Elizabeth’s Academy in the Tower Grove East neighborhood would close. That school was founded in 1882, but enrollment had declined to just 133 in its last year.

While many private schools have moved west, and parochial schools have closed, Rosati-Kain, and St. Louis University High School for boys have remained in the city. Over decades, SLU High has greatly expanded its campus near Kingshighway and Interstate 64 to  include multiple athletic fields, parking, and other facilities. 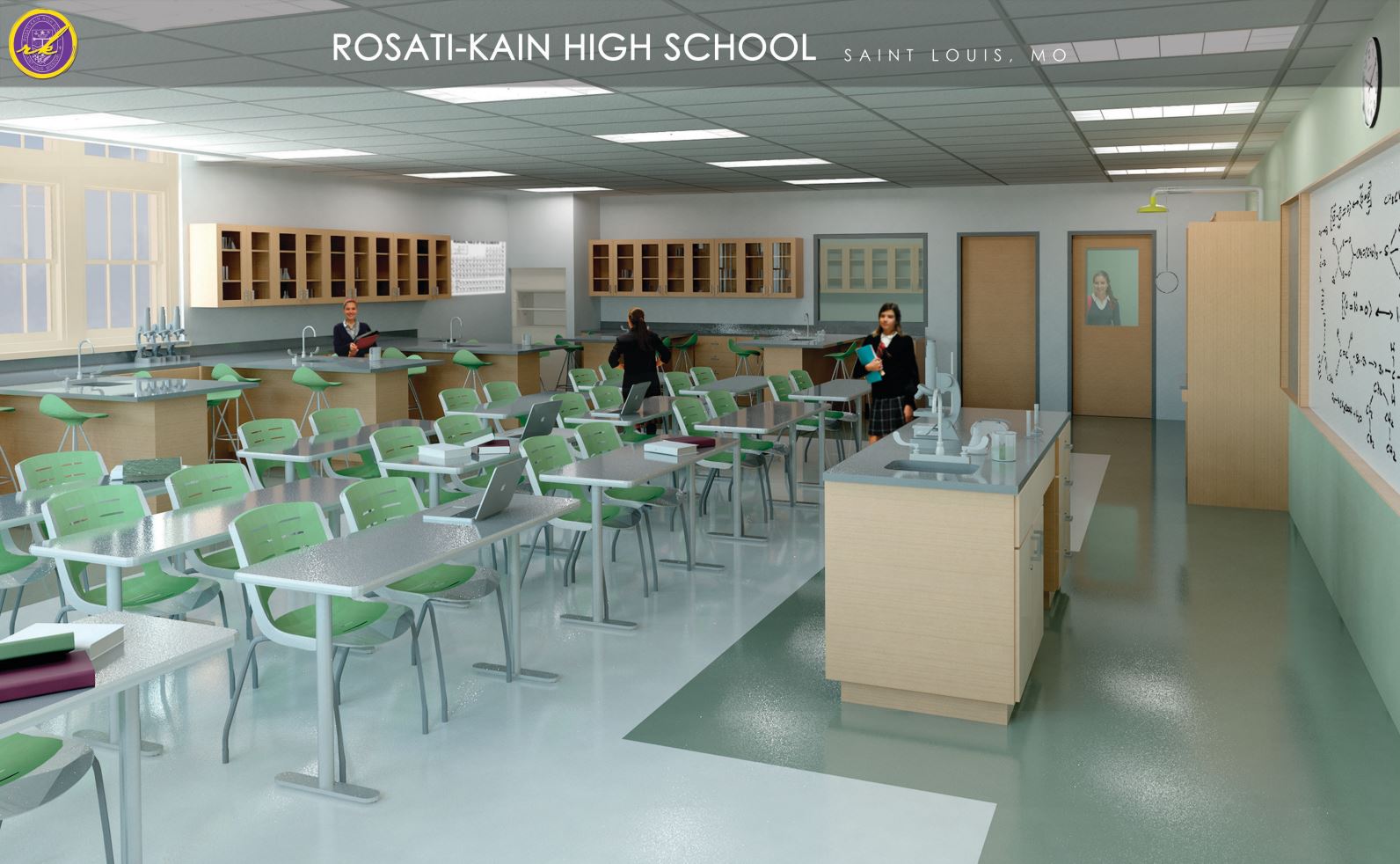 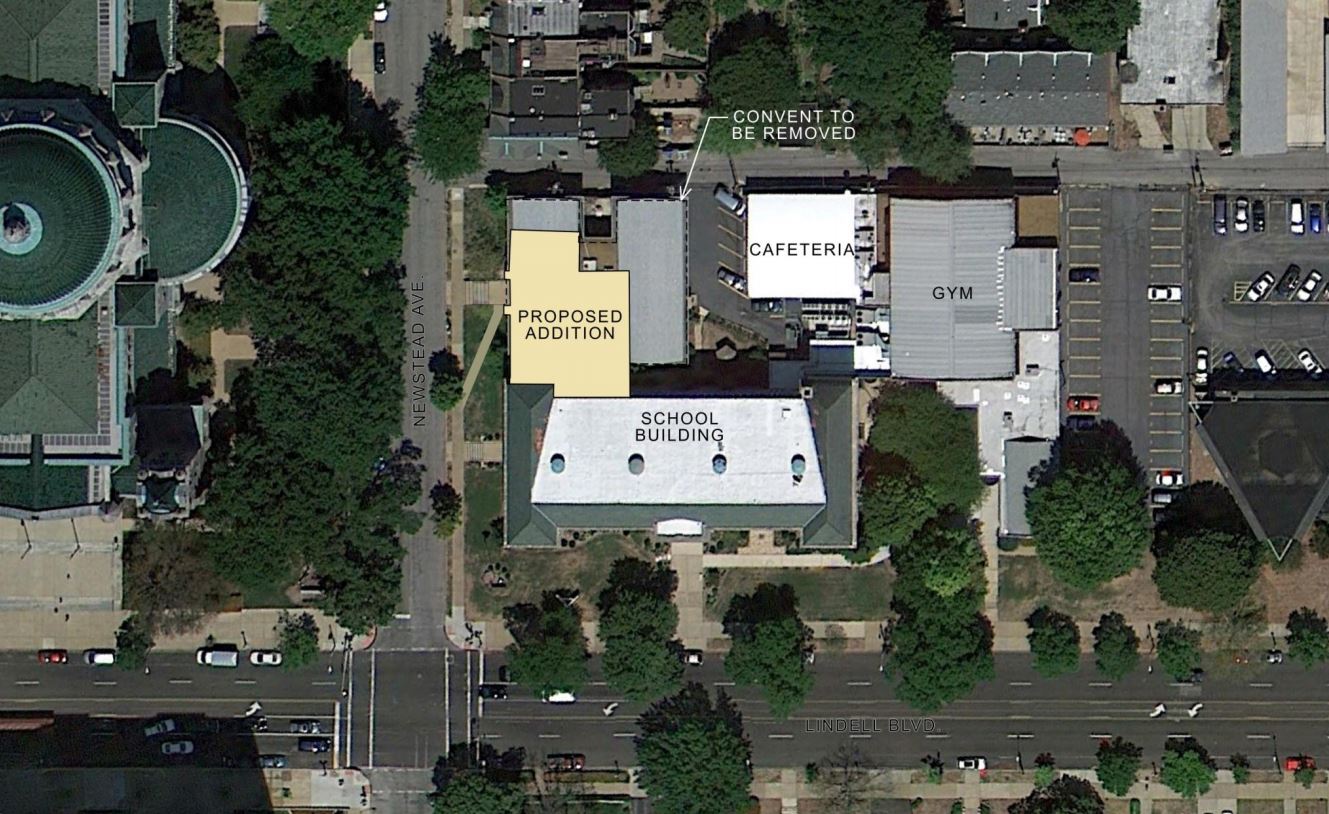