On the surface it’s just a Request for Proposals for yet another parking garage, but in this case it has the potential to be much more. The Land Clearance for Redevelopment Authority (LCRA) of the City of St. Louis is seeking redevelopment proposals for a new 778-space parking garage on a surface parking lot at the entrance to the America’s Center convention complex and Edward Jones Dome, home to the NFL’s St. Louis Rams.

Downtown St. Louis may be well prepared for the 100-year parking event, but this new garage could add retail and fewer parking spaces than it is replacing. nextSTL was first to report on the planned expansion of the America’s Center Ballroom. The $50M project will increase the size of the existing 28K sf ballroom to the now industry standard of 5oK sf.

While any scent of the Ram’s next move has gone cold, the Convention Center and Visitor’s Commission, which owns the convention center and Edward Jones Dome, isn’t sitting still. In addition to the ballroom expansion, the entrance at 7th Street and Convention Plaza has long been an unattractive welcome to visitors, as the approach from Lucas Avenue shows above. 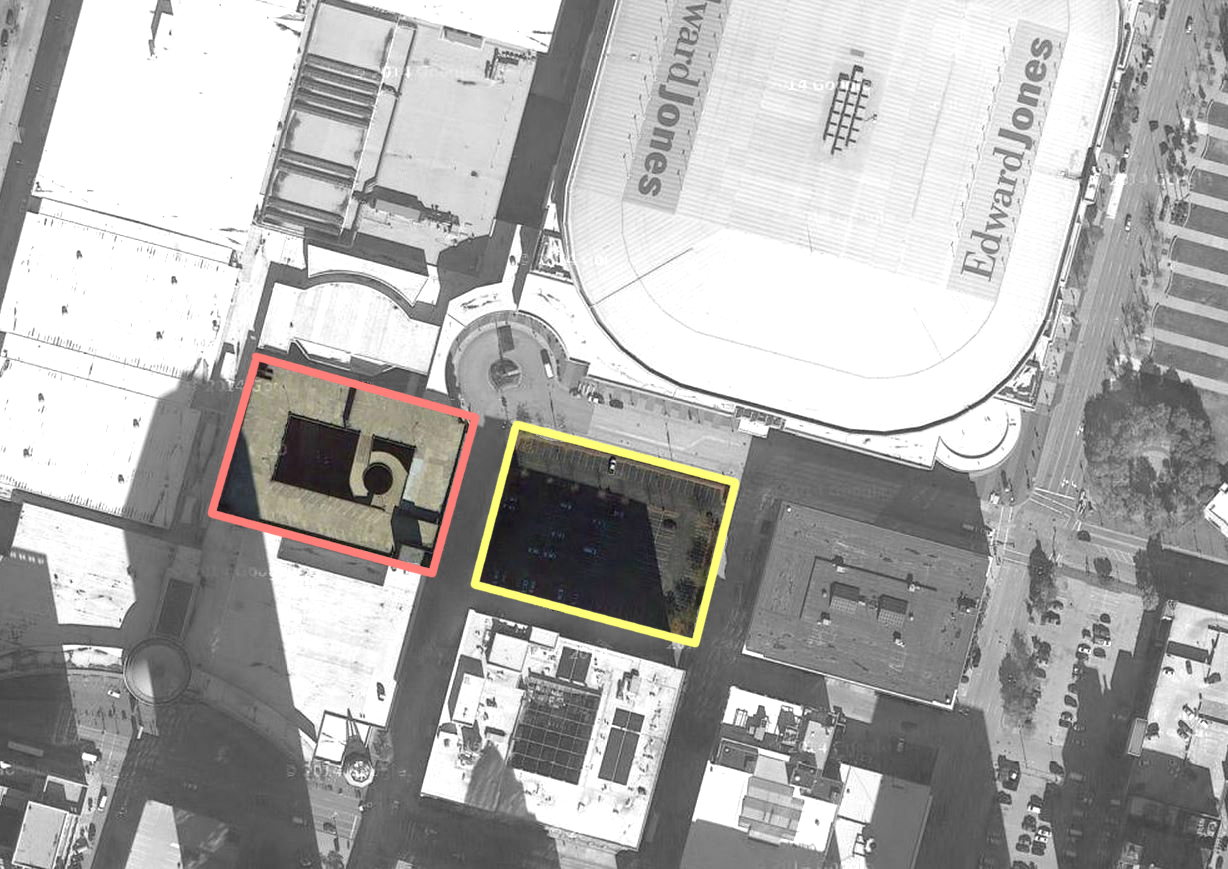 {surface lot tabbed for redevelopment in yellow, existing garage to be replaced in red}

The bare concrete decks of the existing 900-space garage will be gone, and the new garage will rise across the street. It should be something better that what it is replacing. The LCRA included the following in its recently released RFP:

Even minimal adherence to these principles could bring a significant positive change to the visitor experience. The garage should be something other than bare concrete, and present a pedestrian oriented ground floor. The mention of mixed-use atop the structure opens the possibility of office or residential additions. 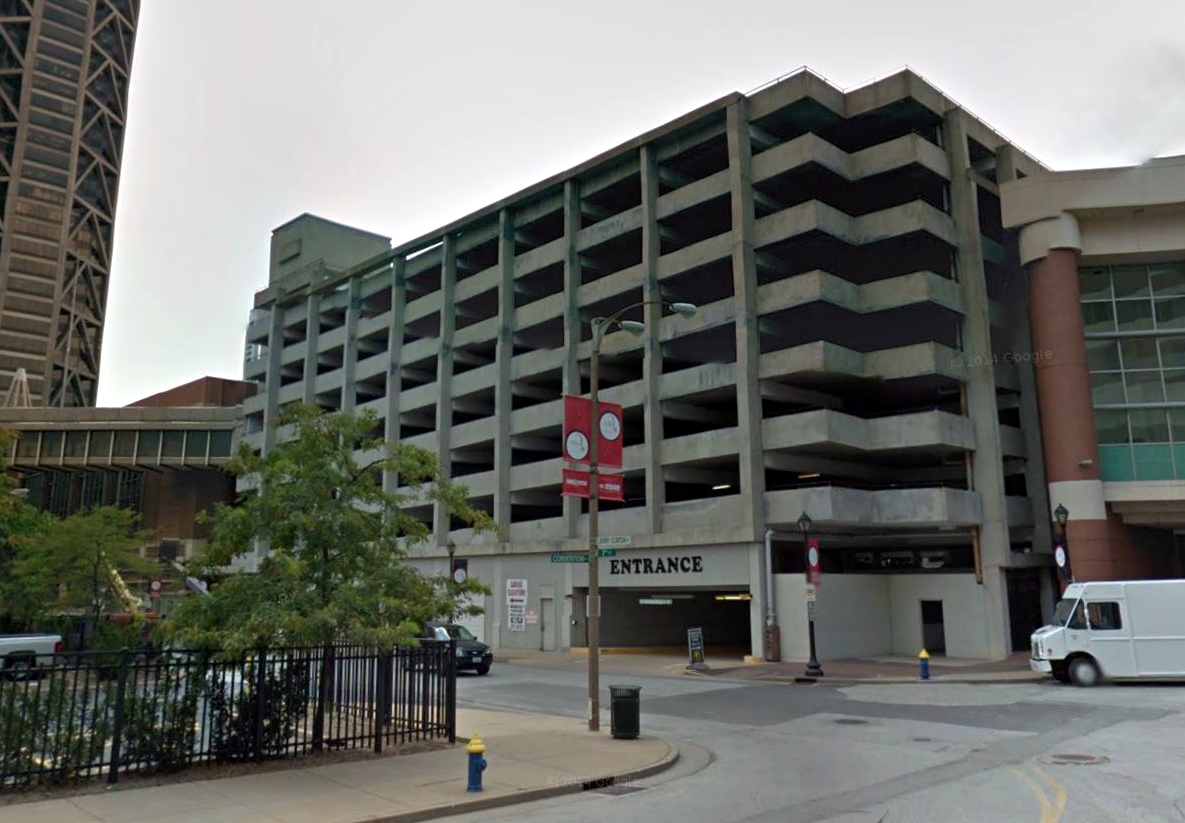 While past ideas to renovate and expand the current Edward Jones Dome at its current location in order to meet the “top-tier” stadium criteria required by the Ram’s lease did not include this surface lot, plans for a significant project here show that the CVC is looking ahead to a growing convention center, with or without and NFL tenant. 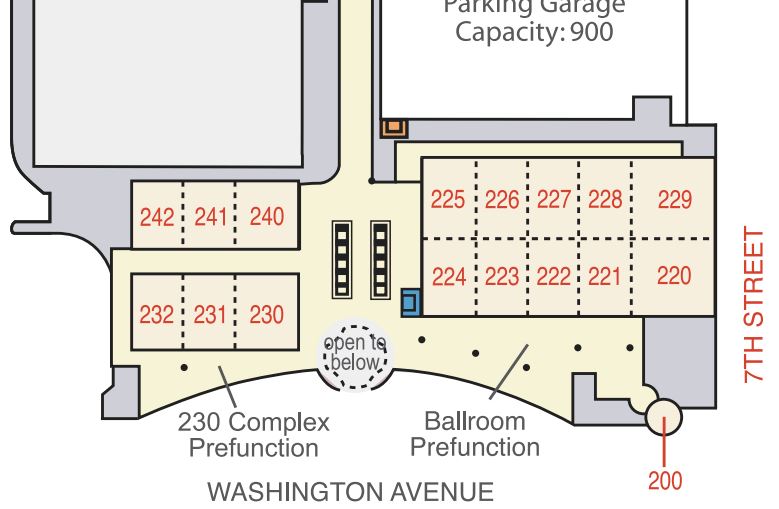 {the existing ballroom will be expanded to the north}

The urban fabric of the area is significant. Immediately to the south of the surface lot is The Laurel, one of the largest adaptive reuse projects in downtown St. Louis. The $160M effort converted a 620K sf former Dillard’s department store building into an Embassy Suites Hotel with apartments above. The building dates to 1902, with the eastern portion being home to Stix Baer & Fuller Dry Goods Co. as early as 1909, while the western bays housed various businesses. Today, street level retail includes Robust Wine Bar & Café and the still under development National Blues Museum. 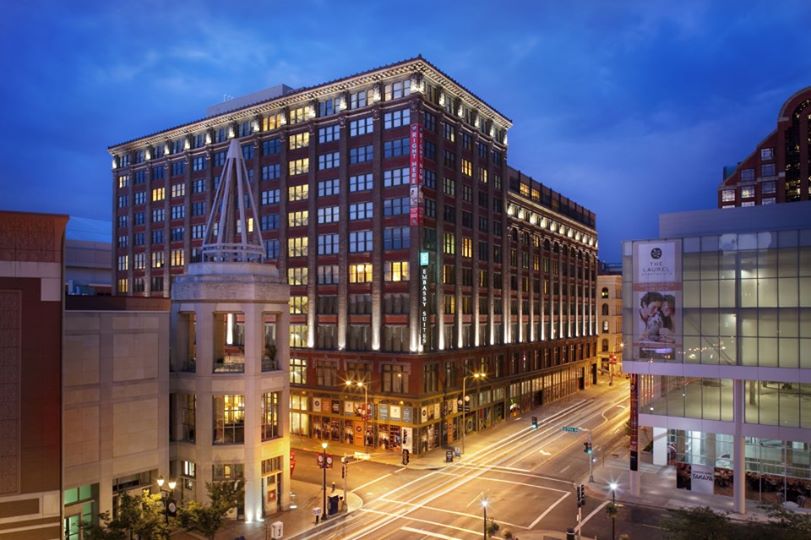 To the east of the surface lot is the Drury Inn and Suites Convention Center Hotel, which occupies the Union Market building, opened as a public market in 1925 at a cost of $1.35M. That transformation was completed in 1990. 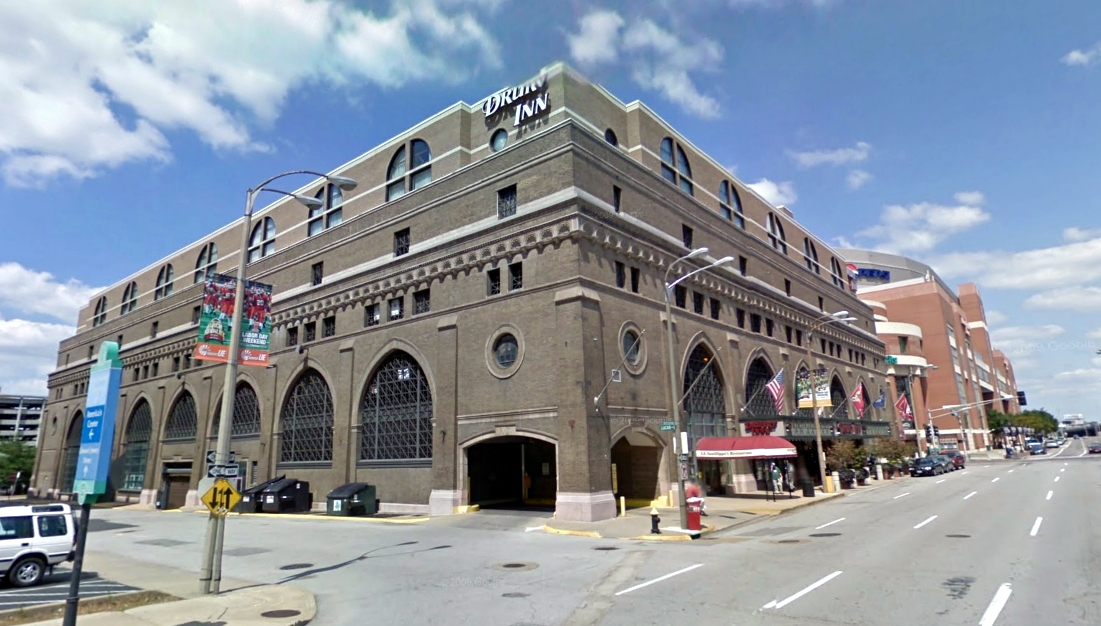