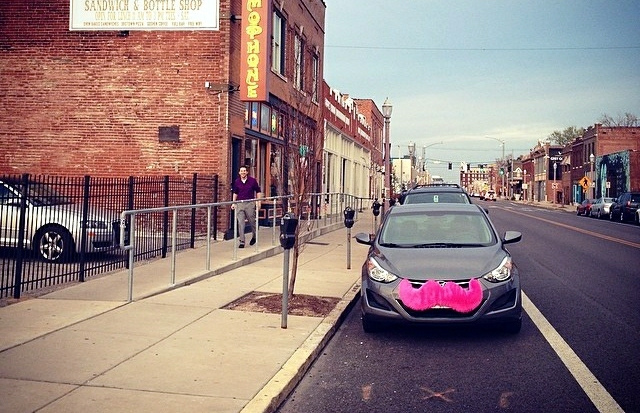 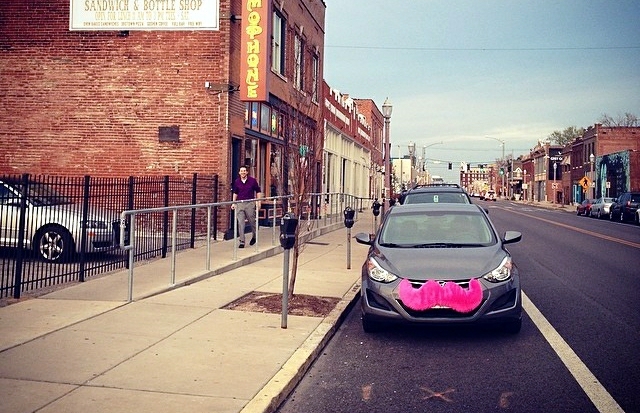 The ride sharing service Lyft debuted in St. Louis Friday, setting in motion a confrontation regarding the new service and existing taxicab regulations. According to the Riverfront Times (RFT), the St. Louis Metropolitan Police Department (SLMPD) assigned two cars to finding Lyft vehicles, with an officer and St. Louis Metropolitan Taxicab Commission (MTC) agent in each. Less than 30 minutes after launch, Lyft drivers were being cited for operating an illegal taxicab business.

SLMPD employed a version of hot spot policing, most commonly used to place more officers in areas experiencing an increase in dangerous crime,  to target Lyft. MTC Deputy Director Bob Oldani told the RFT they would be targeting “wherever the younger crowd goes,” including The Grove, Cherokee Street, and the Delmar Loop. Lyft has said it will cover any citations and legal costs incurred by drivers.

“We’re trying to get (Lyft) to do business the way everybody else does business,” Olandi reportedly told police charged with stopping Lyft drivers.

There’s a hint of understanding that Lyft is different than existing taxi services, however inarticulate. Again according to the RFT, Oldani told SLMPD officers that Lyft drivers are “college-educated people who work during the day and drive mom and dad’s car on the side.” When Lyft drivers are pulled over, they were given a list of taxi companies they can work for legally

No one paying attention can claim that Lyft isn’t a different business model. Should it be regulated in some way? Probably so, after all we regulate dog grooming and pretty much any other business that operates in the city. Lyft currently operates in 34 cities, meeting with varied regulatory response from local officials. In San Francisco, where the company was first launched in 2012, Mayor Ed Lee has proclaimed July 13 as Lyft Day. 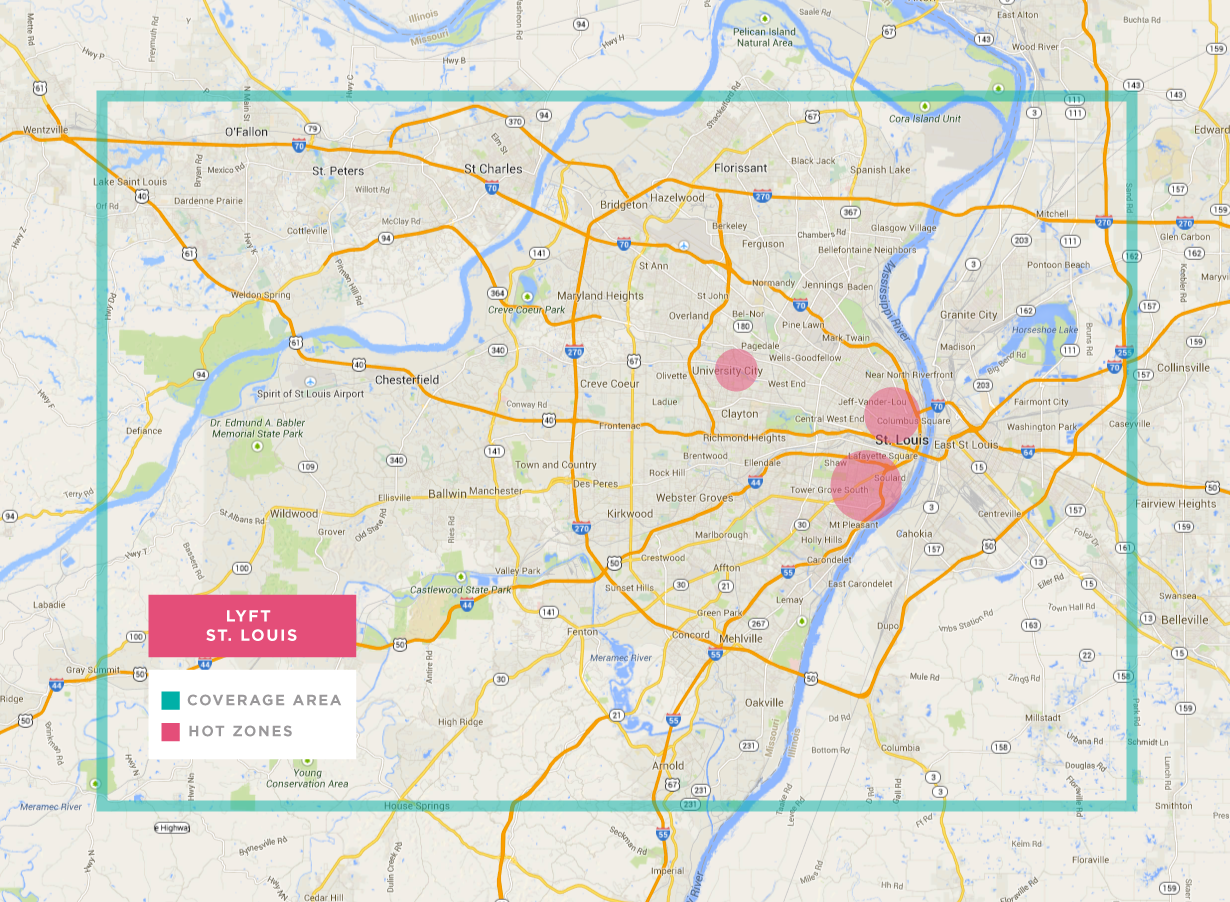 Lyft has been met with an enthusiastic response from users in St. Louis, with positive mentions across social media. City and MTC officials also went online, to express their opposition.

The City of St. Louis Mayor’s Deputy Chief of Staff, Eddie Roth latched onto a blog post by long time St. Louis cab driver Umar Lee, stating “This is as brilliant and compelling an exposition as I have seen from anyone on any subject,” summarizing the post as “#lyft skims hipsters & poor and working-class lose drivers.”

It’s a pro-regulation protectionist argument oddly keyed on “hipsters”, which one must understand is the lay term employed by St. Louis City officials and local media to describe roughly anyone under ~40 years old who drinks cheap beer, or craft beer, shops locally, or online, is a young professional, or living with their parents…you get the idea. You should read Umar’s post.

St. Louis City Health Department Director, Pamela Walker, opined in a Tweet, “I’m supposed to get in a car with a pink mustache driven by some creepy guy I”ve never met, who is not regulated? #strangerdanger #confused.” You can cut the dissonance with a knife. For many, getting into a Lyft car with a driver whose photo and Facebook profile is readily available, and who has received passenger ratings and have rated passengers, makes more sense than trusting the MTC.

As a business, Lyft seeks to fill a gap in current transportation options. Part-time drivers can earn a paycheck and users have another transportation option that may allow them to reduce car-ownership, or rethink it altogether. If existing taxicab service can fulfill this market role, Lyft may not succeed.

Although not regulated by the MTC, Lyft isn’t exactly a Libertarian dream. Drivers are required to submit Department of Motor Vehicles and criminal background checks, conduct an in-person interview by Lyft employees, pass vehicle inspections and a two-hour training and safety session, be 23 years of age or older, and have had a driver’s license for more than three years. The company has a zero tolerance drug and alcohol policy, and insures each driver with a $1 million per-occurrence liability policy. Any driver averaging less than a 4.5/5 star rating by Lyft users is dropped from the service.

The City wants Lyft to register with the MTC, which has previously blocked app-dispatched ride services from starting in St. Louis. Lyft asserts that existing regulations do not adequately address their new business model and hope to work with the city to shape new regulations. 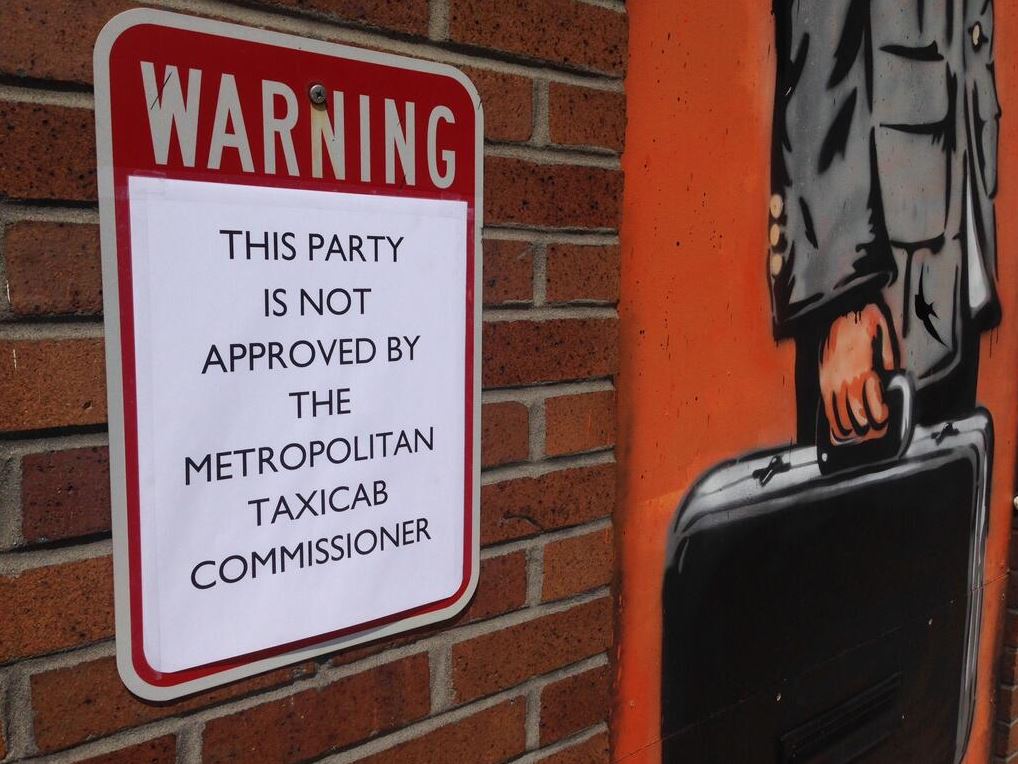 {neither Lyft itself, nor its launch party is approved by the MTC – image from Nebula Facebook page}

As the rift over Lyft comes to a head, it might be considered a cheap shot to mention the big increase in homicides this year in the city, maybe less cheap to note the selective enforcement of city agreements, ordinances, laws outlining multi-million dollar financial agreements with casinos, professional baseball teams, and developers with more than $400M in tax assistance pledges in hand. But if one were to consider such things, it may be easier to understand skepticism of city official’s plea to trust in regulation and their judgement.

Without having to explicitly change the stance on Lyft, why wouldn’t a city desperately wanting to be recognized as a hotbed for innovation, simply state, “We welcome Lyft and other innovative businesses to St. Louis, a place that has been a start-up city since our first days. Lyft is a new model of business that many communities are discovering how to manage. Just like any business operating in St. Louis, we believe that Lyft should follow some simple rules. To this point, we don’t believe they’re in compliance, but we will work with them and existing services to ensure that St. Louis innovates in a way that makes sense for our residents and businesses”?

Business models like Lyft are obvious and comfortable evolutions for a generation used to online dating, websites like Trip Advisor, and Facebook. Lyft’s round peg may be in violation of St. Louis’ square hole, but Frank DeGraaf (@CountonDowntown) summed up the issue on Twitter, writing, “I’m convinced that @lyft, @Uber, and the like will become the new normal, even in #STL There’s no stopping it, just adapting to it.” And that may just be as brilliant and compelling an exposition as I have seen from anyone on any subject.

Read one comparison of a traditional taxi experience versus Lyft: I’m a mom with a poky kid, trying to get to work as quickly as possible, and I did that 34 minutes faster with Lyft.

A quick video on how Lyft works: