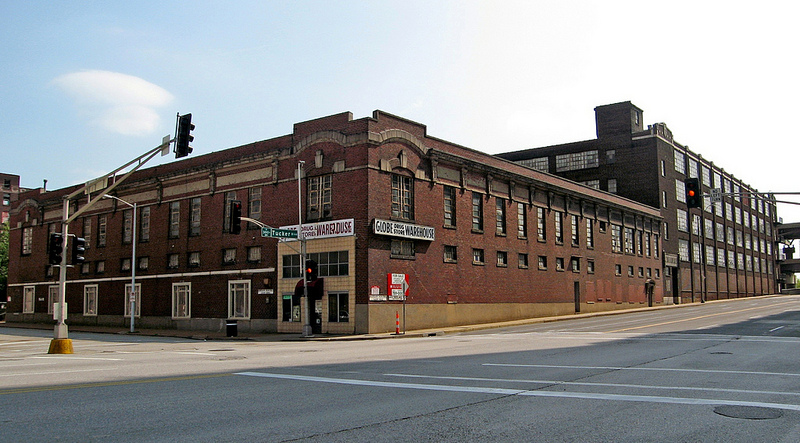 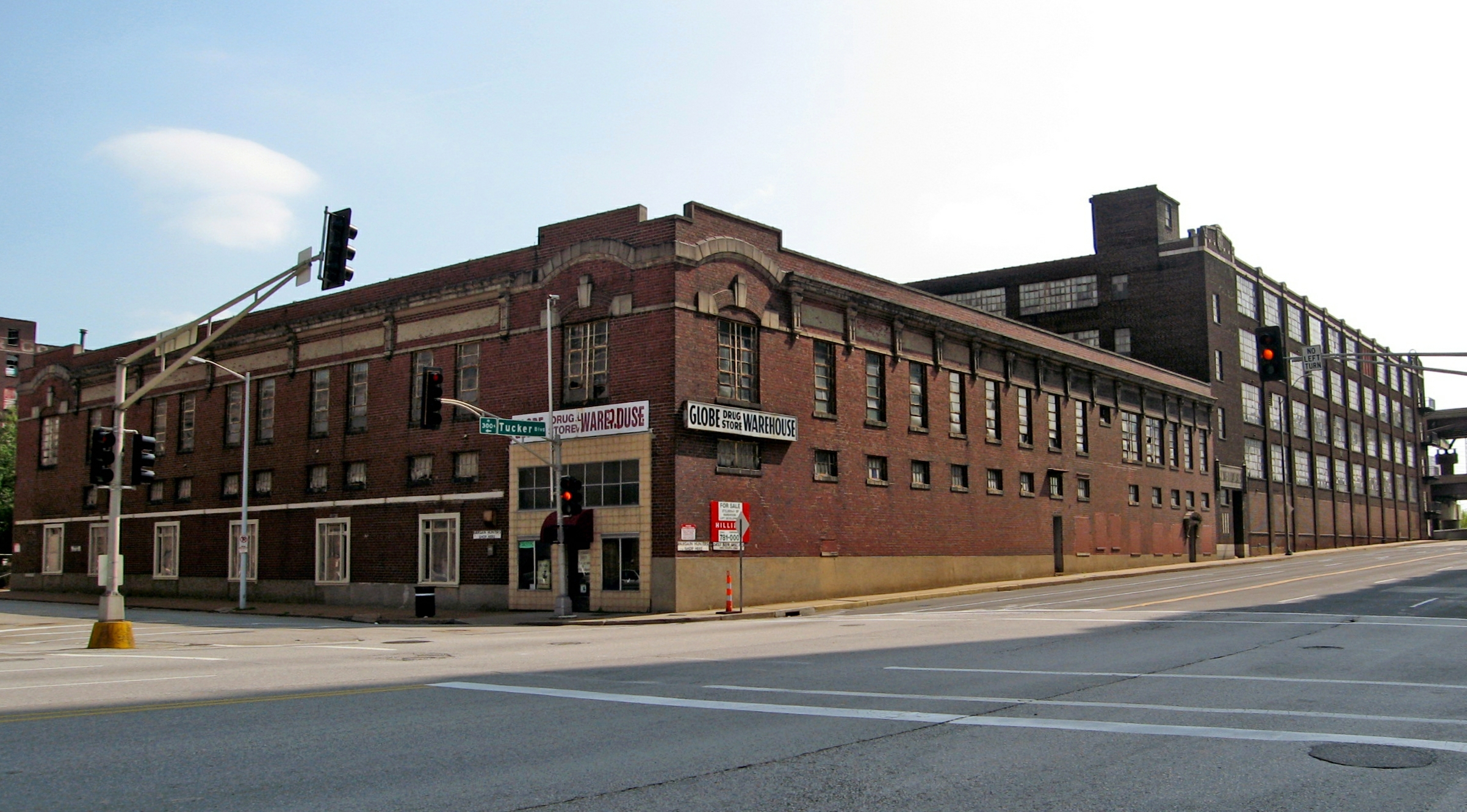 According to a press release, the U-Haul Corporation has purchased the Globe Drug Warehouse buildings at 418 S. Tucker Blvd. for $3.1 million. The most recent published list price was $3.75M. Built by shoe manufacturer Endicott-Johnson Company in 1915 and 1923, the buildings total 272,000 sf. The buildings are listed on the National Register of Historic Places and a significant renovation may be eligible for historic tax credits.

U-Haul plans to have a retail presence in the lower building fronting Spruce Street, including vehicle rental and packing supplies. The building has interior parking for 100 vehicles. But the largest portion of the building is planned for contract document storage. Relatively few changes to the building appear to be planned, as the release cited move-in date after renovations of late next month.

The building was being marketed by Hilliker Corporation as an “Opportunity For Residential / Commercial Loft Development”. It’s location on the south side of the central business district and immediately next to the elevated lanes of Interstate 64 may have made it less attractive for residential development. Besides a U-Haul retail location, the document storage service will add a service to downtown St. Louis missing since Iron Mountain moved their physical storage location.

{the Endicott-Johnson building is a prominent component of the S. Tucker street wall} 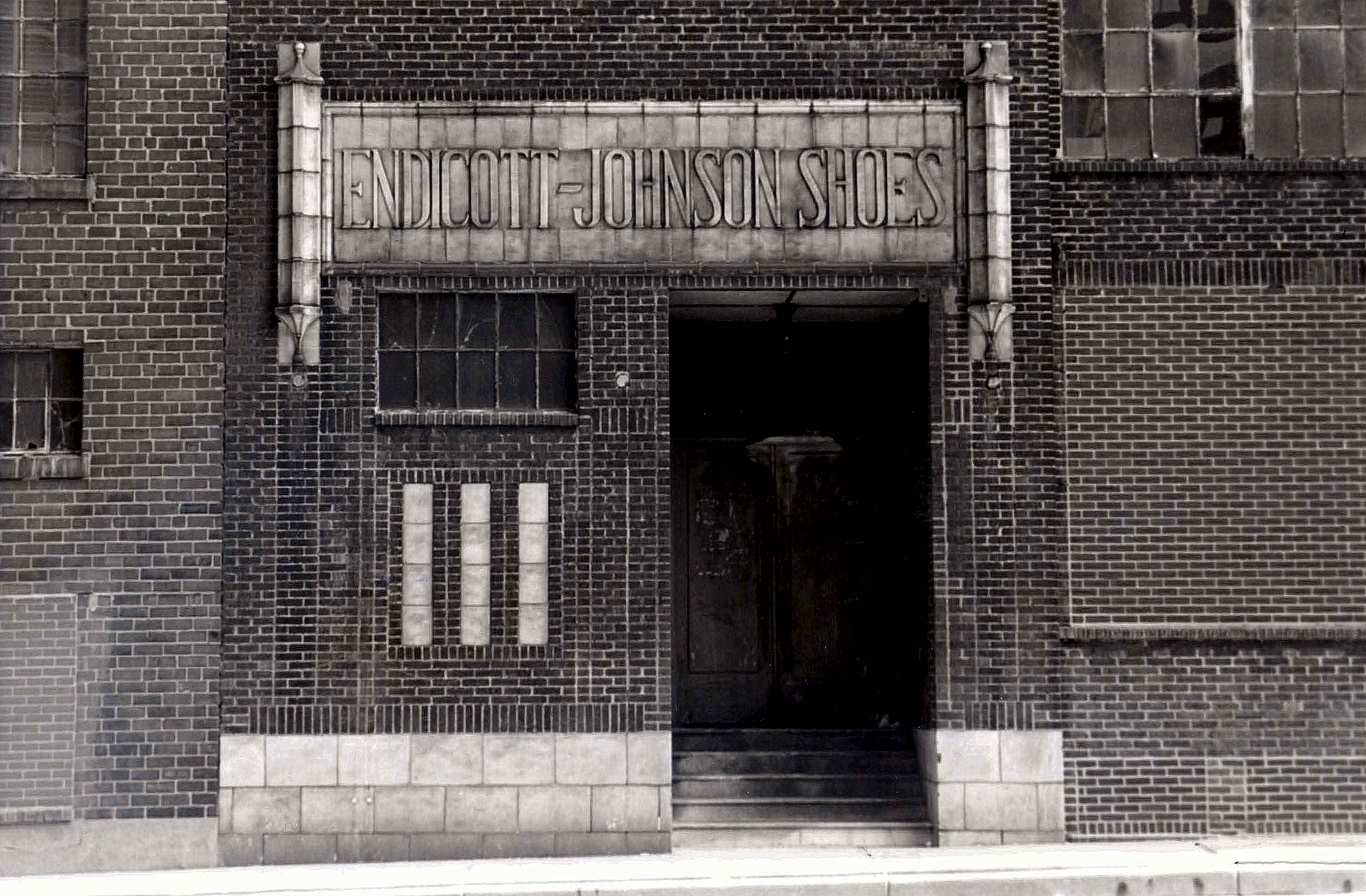 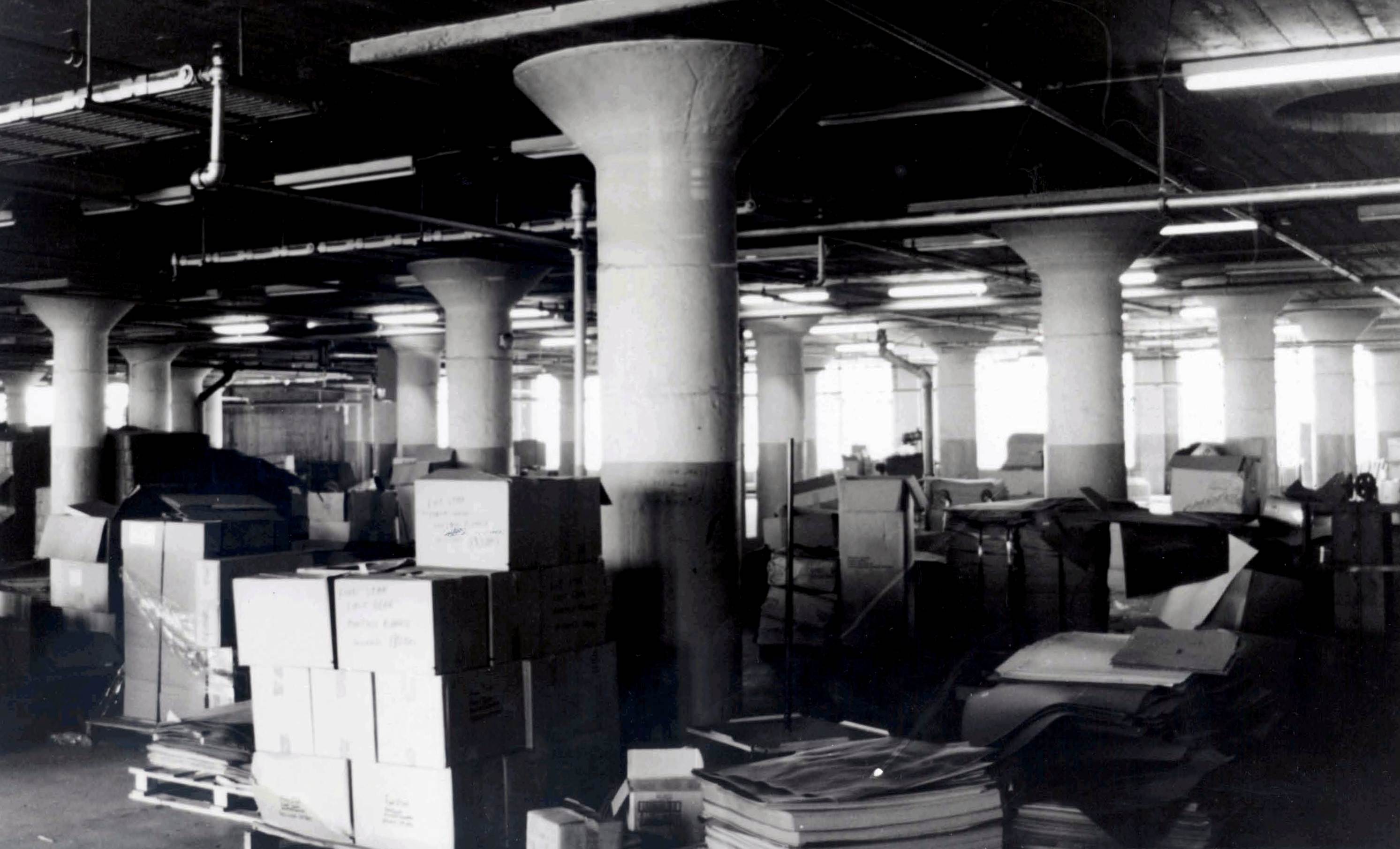 Its location near the Cardinal’s Busch Stadium, and Scottrade Center, as well as its visibility from I-64 and prominence on Tucker Boulevard made it a highly noticeable vacancy in recent years. No plan has been outlined for facade treatment or badly needed window replacement, but we’re told that U-Haul plans to “celebrate the history of the building” and retain all existing historic character. While it seems unlikely the result will appear high-end, having a viable tenant for the building is good news for downtown.

The nearest U-Haul retail and storage location is at 1641 South Kingshighway at Interstate 44. Although not widely appreciated, that building is a significant example of modern architecture. Designed by St. Louisan Harris Armstrong, and completed in 1947, the building is recognized as a significant example of the International Style of architecture. The building was praised and appeared in an issue of The Architectural Forum at the time.