BJC Healthcare and St. Louis Children’s Hospital have released detailed renderings of their new Central West End medical campus buildings for the first time. As reported here in March of last year, the project was set to move forward after several buildings have been on the chopping block for a decade or more. The City of St. Louis had previously declined to approve demolition 2010 until building plans had been submitted. The detailed renderings provide a clear image of the new growing medical center.

Last year, the hospitals included basic massing studies and preliminary images. It was enough to move the project forward, and demolition is currently underway. The Jewish Hospital School of Nursing building adjacent to Children’s Hospital has been removed and the Jewish Hospital Building fronting Kingshighway and Forest Park Avenue is more than half gone. Although no timeline has been made public, the replacement for the 320-foot Queeny Tower (1965) is clearly shown in the rendering released. It carries a very similar aesthetic to the new Children’s Hospital tower.

Designed by HOK, the towers largely continue an aesthetic began early last decade along Kingshighway, and continued with the 15-story Center for Advanced Medicine (CAM) at Forest Park and Euclid Avenues completed in 2001. The last decade has seen nearly $1B in investment in the medical campus. The most recent addition is the 12-story BJC headquarters and Center for Outpatient Health across from CAM. It is anticipated that the coming decade will another $1B in investment.

The new building nearest Forest Park Avenue will include a dozen operating rooms and approximately 180 beds. Plans call for the Siteman Cancer Center to relocated to the new building. The tower adjacent to the existing Children’s Hospital will feature approximately 100 new pediatric patient beds and another 100 neonatal intensive care beds, according to BJC. 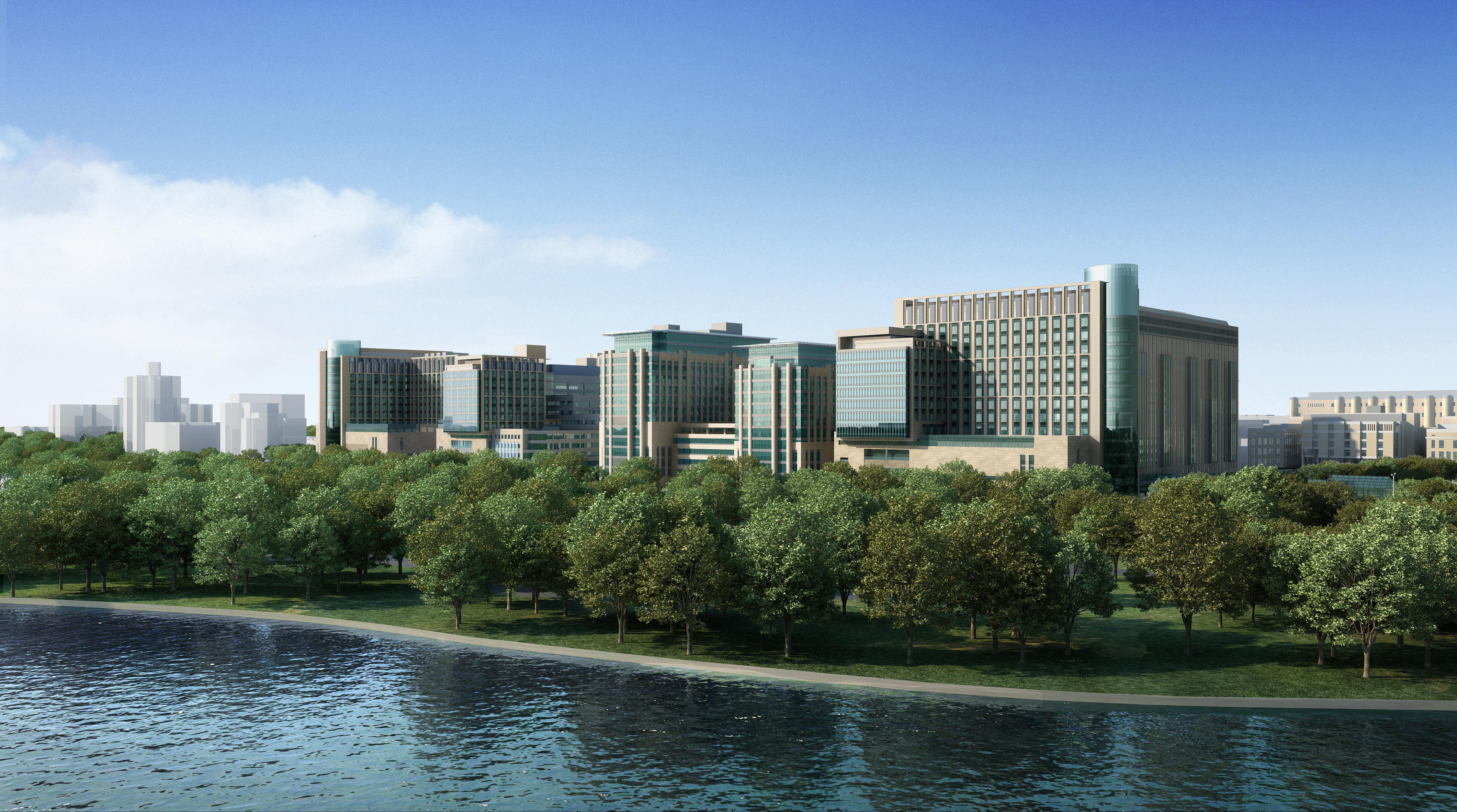 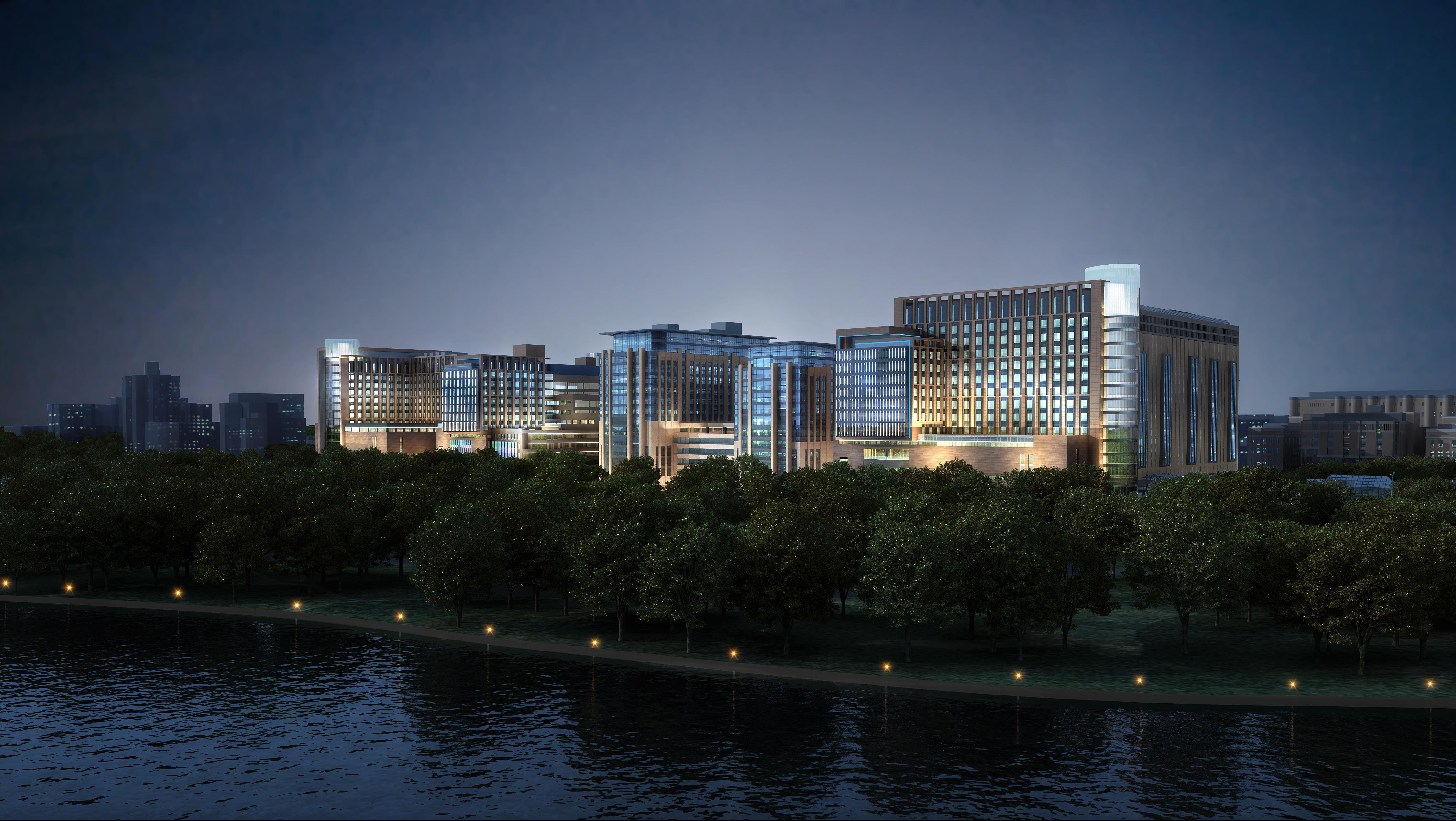 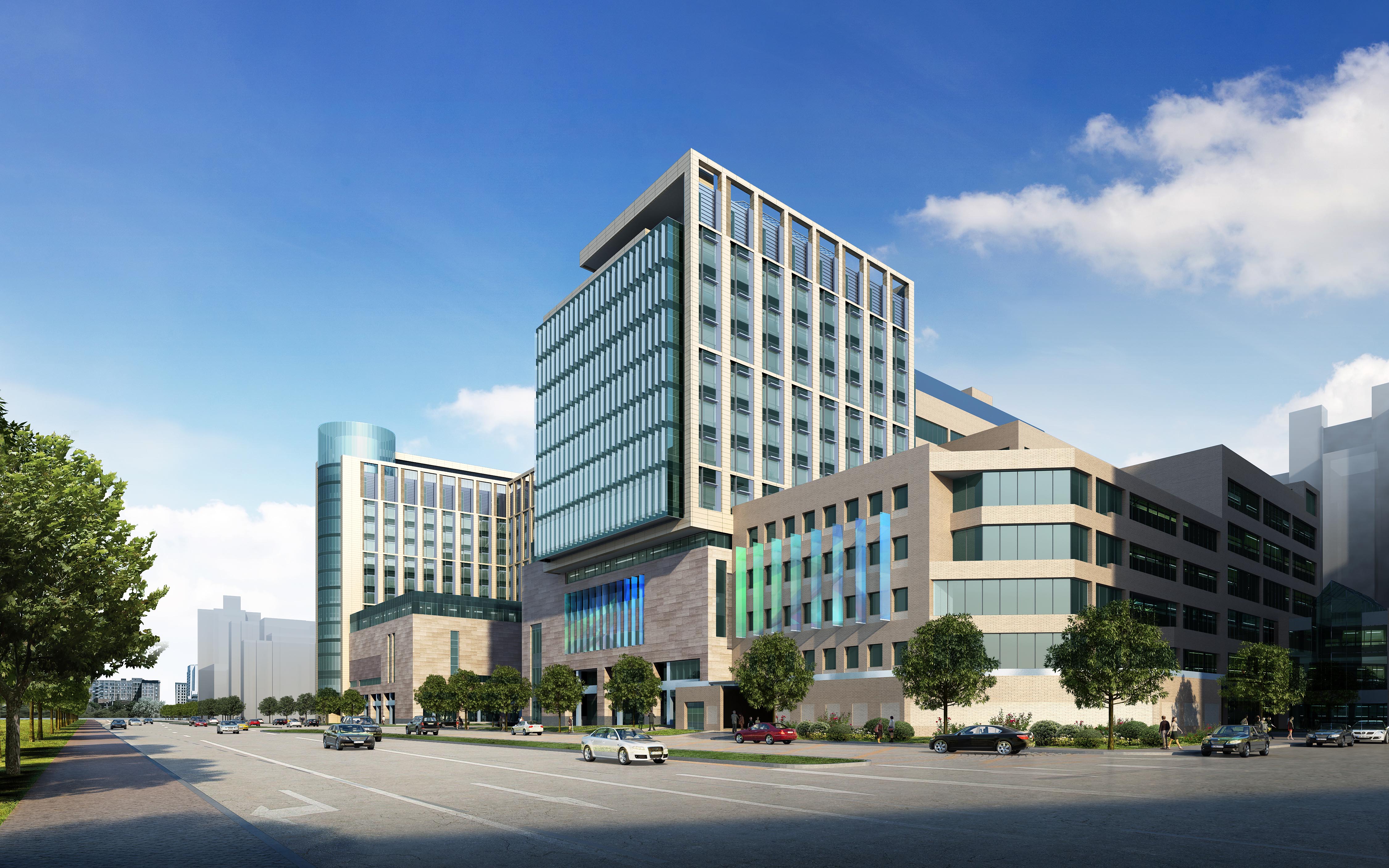 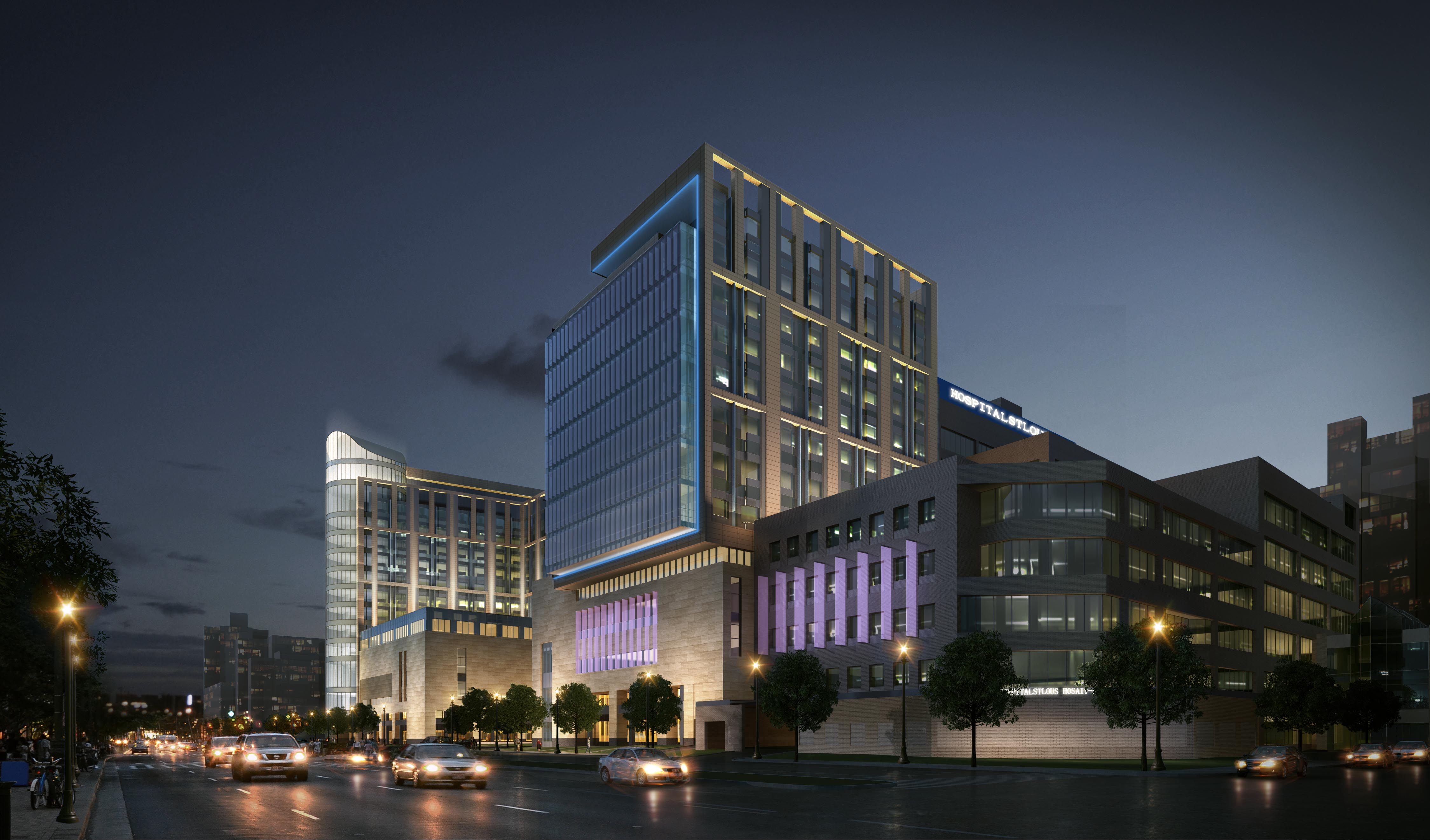 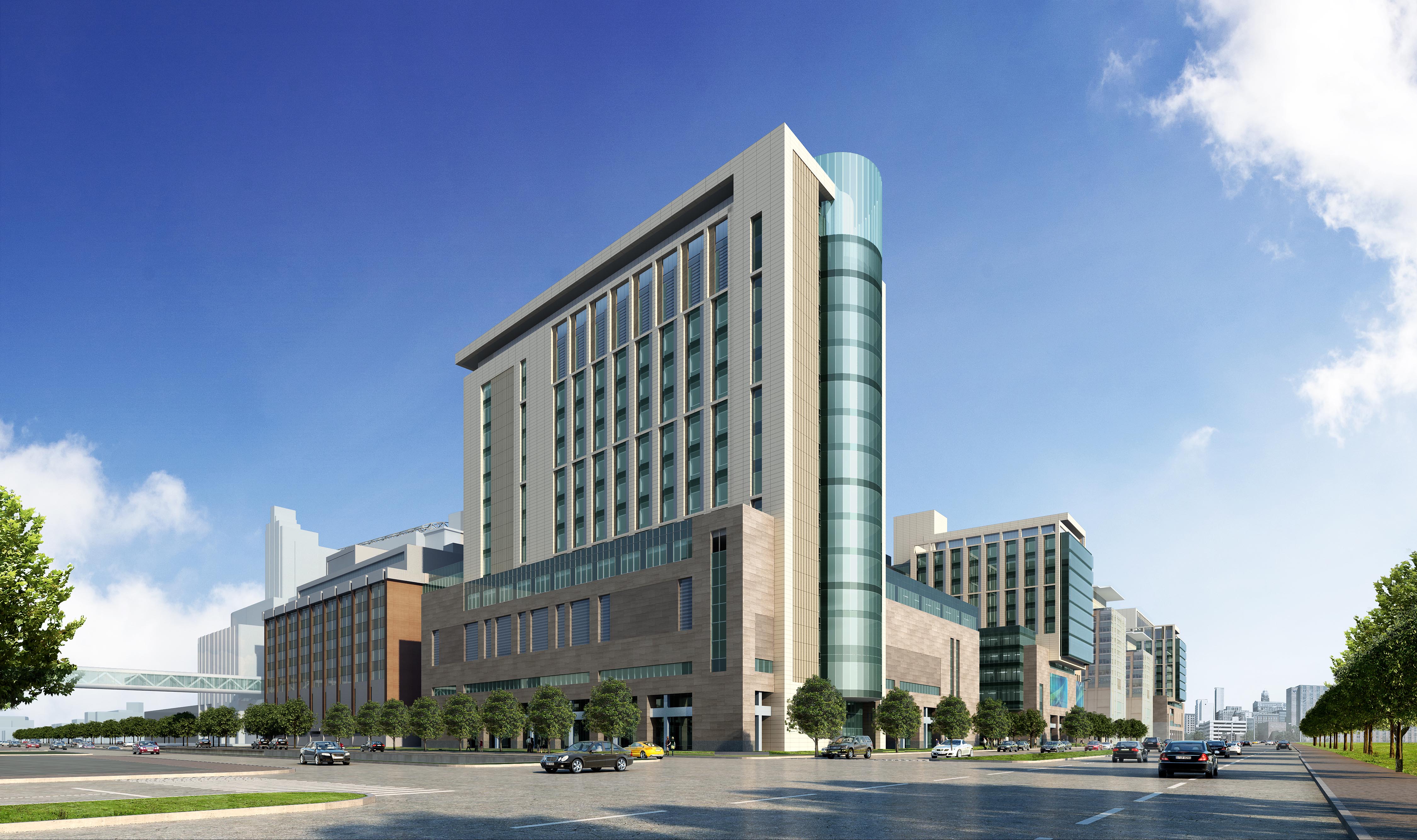 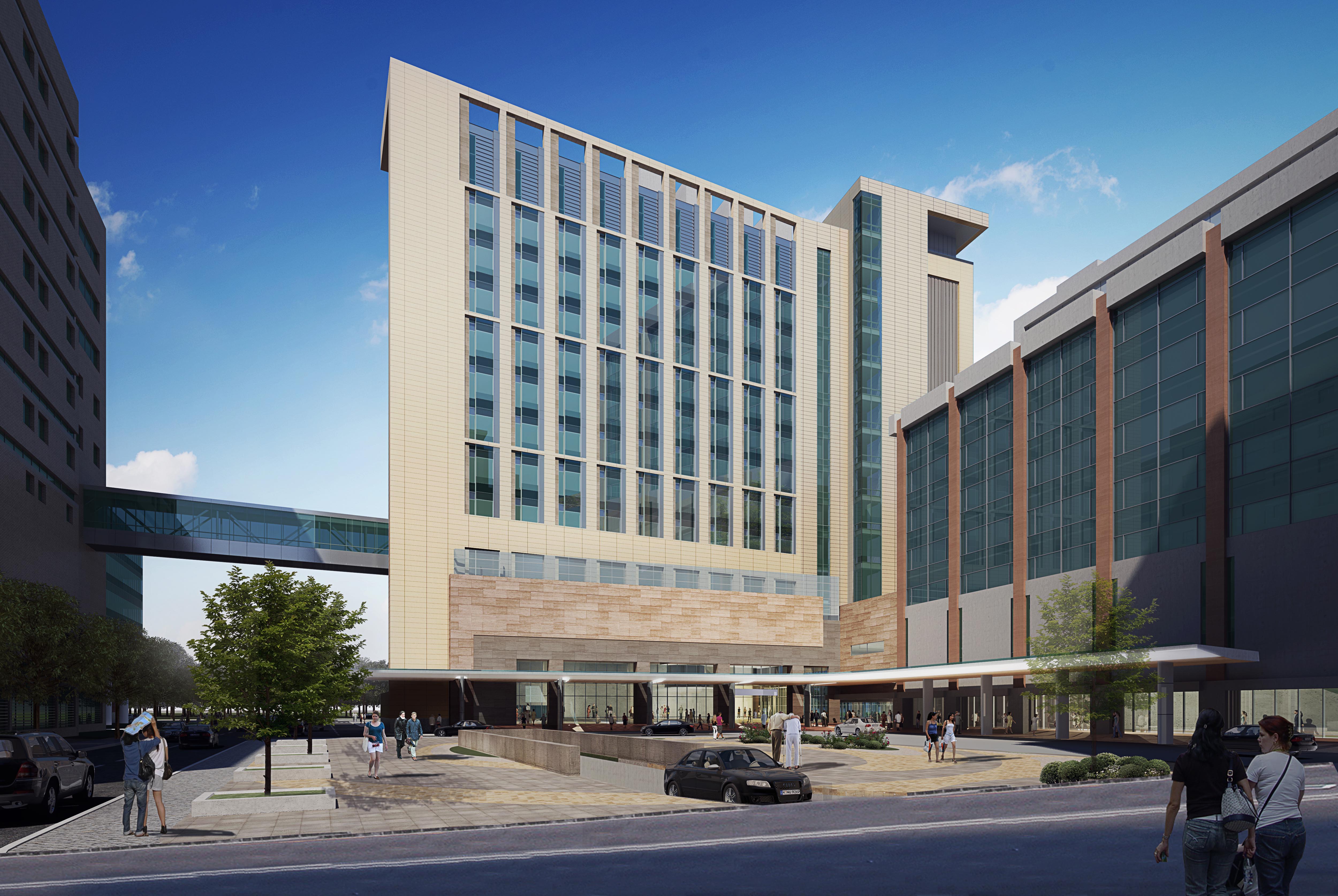 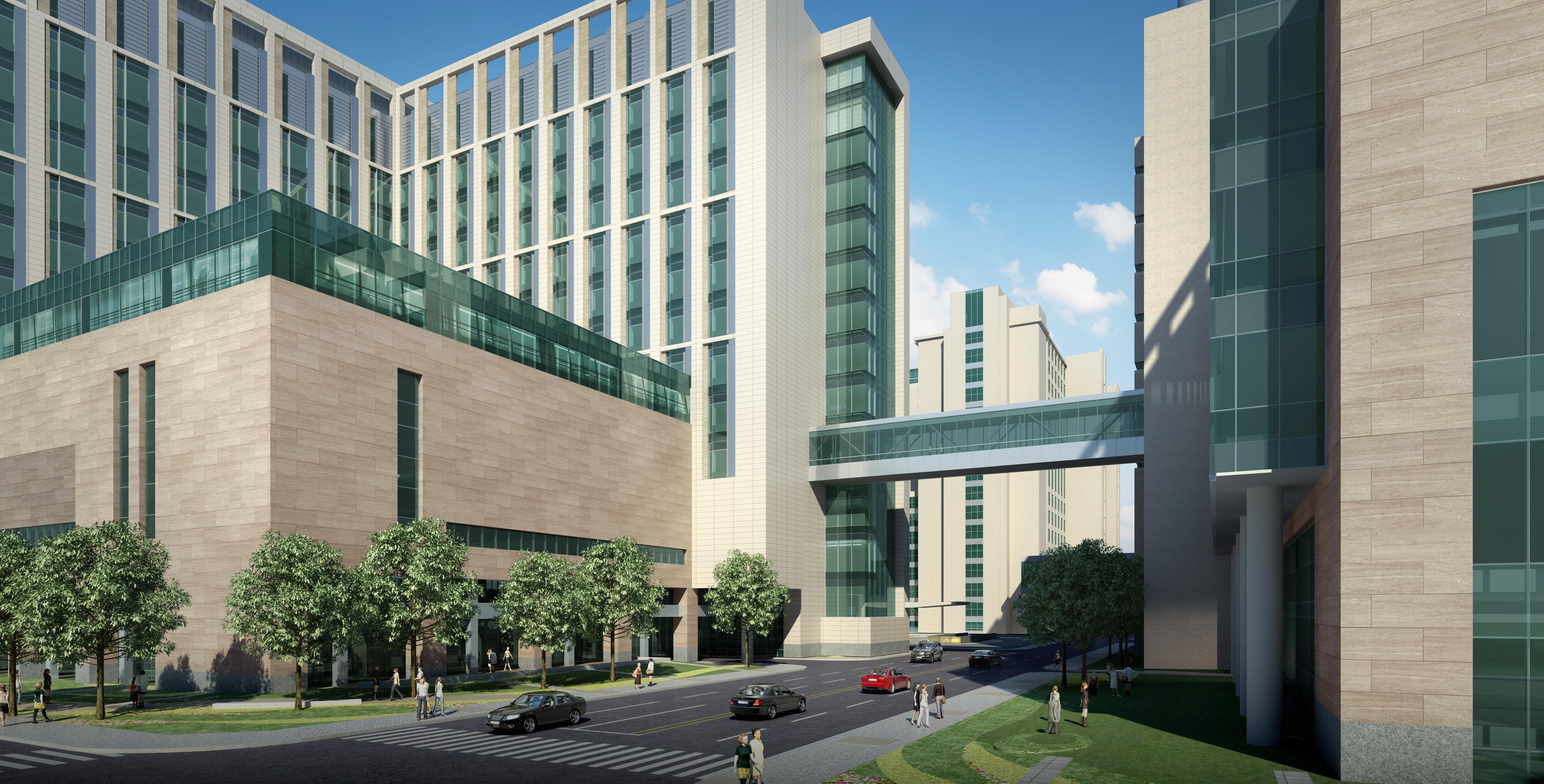 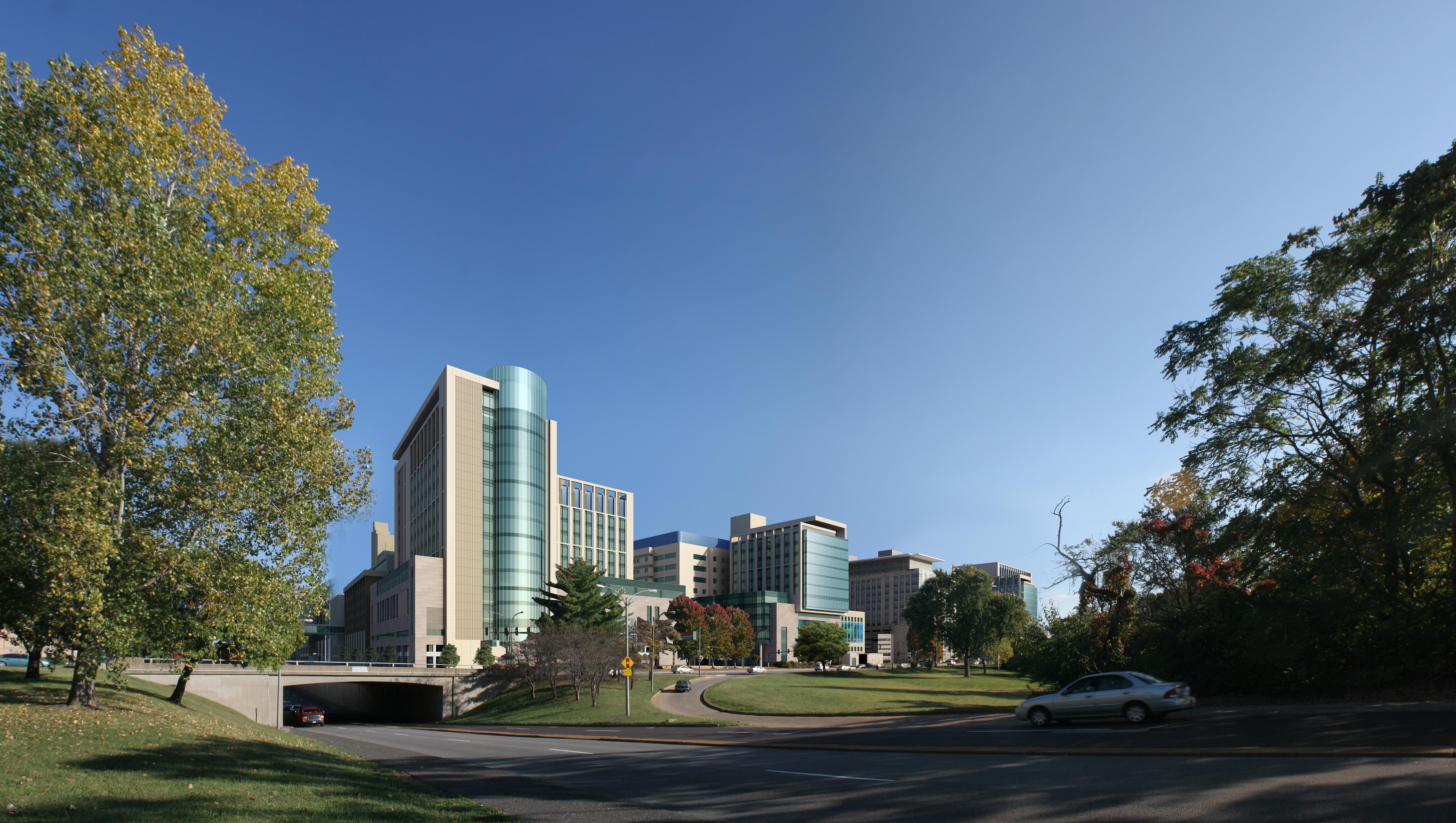 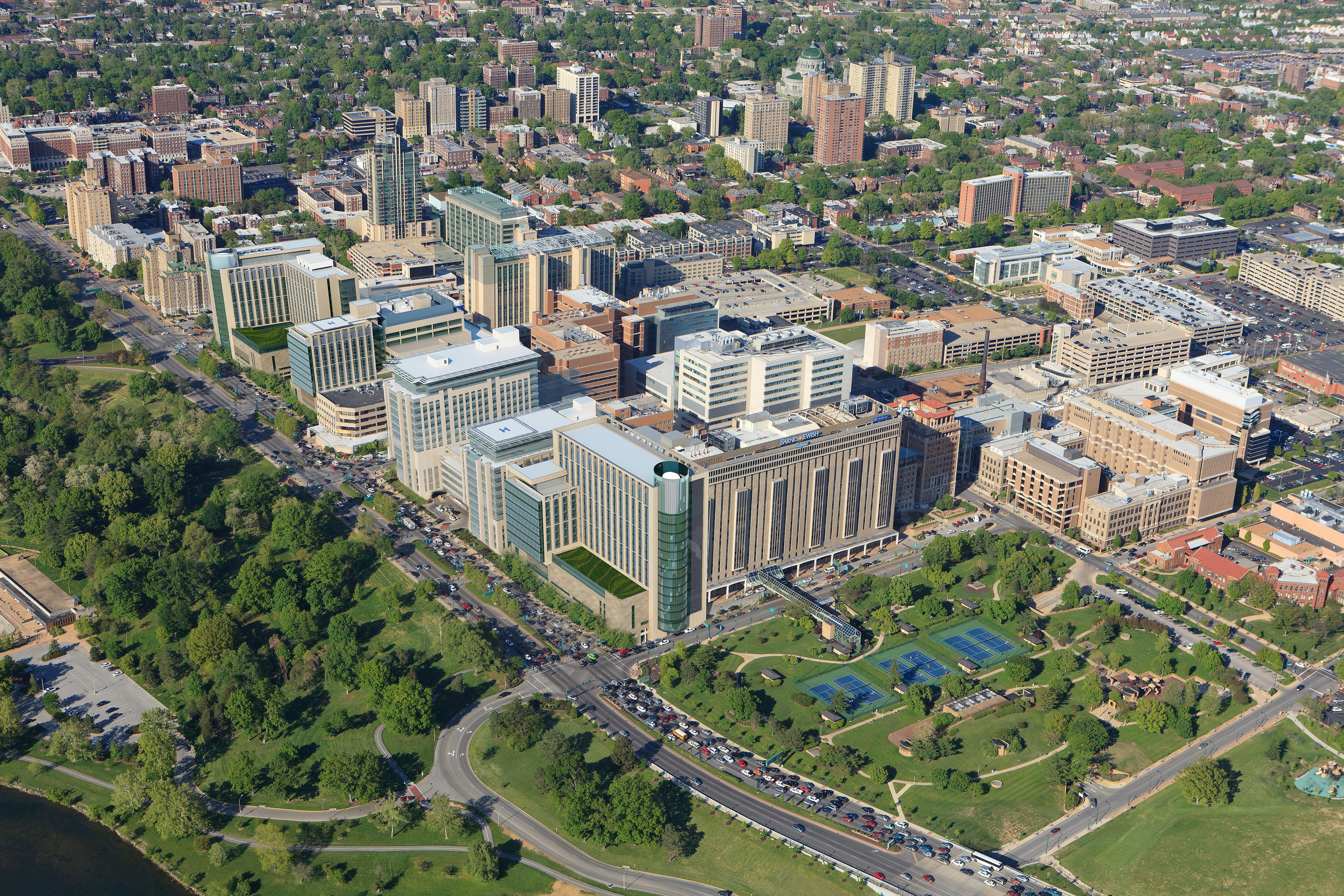 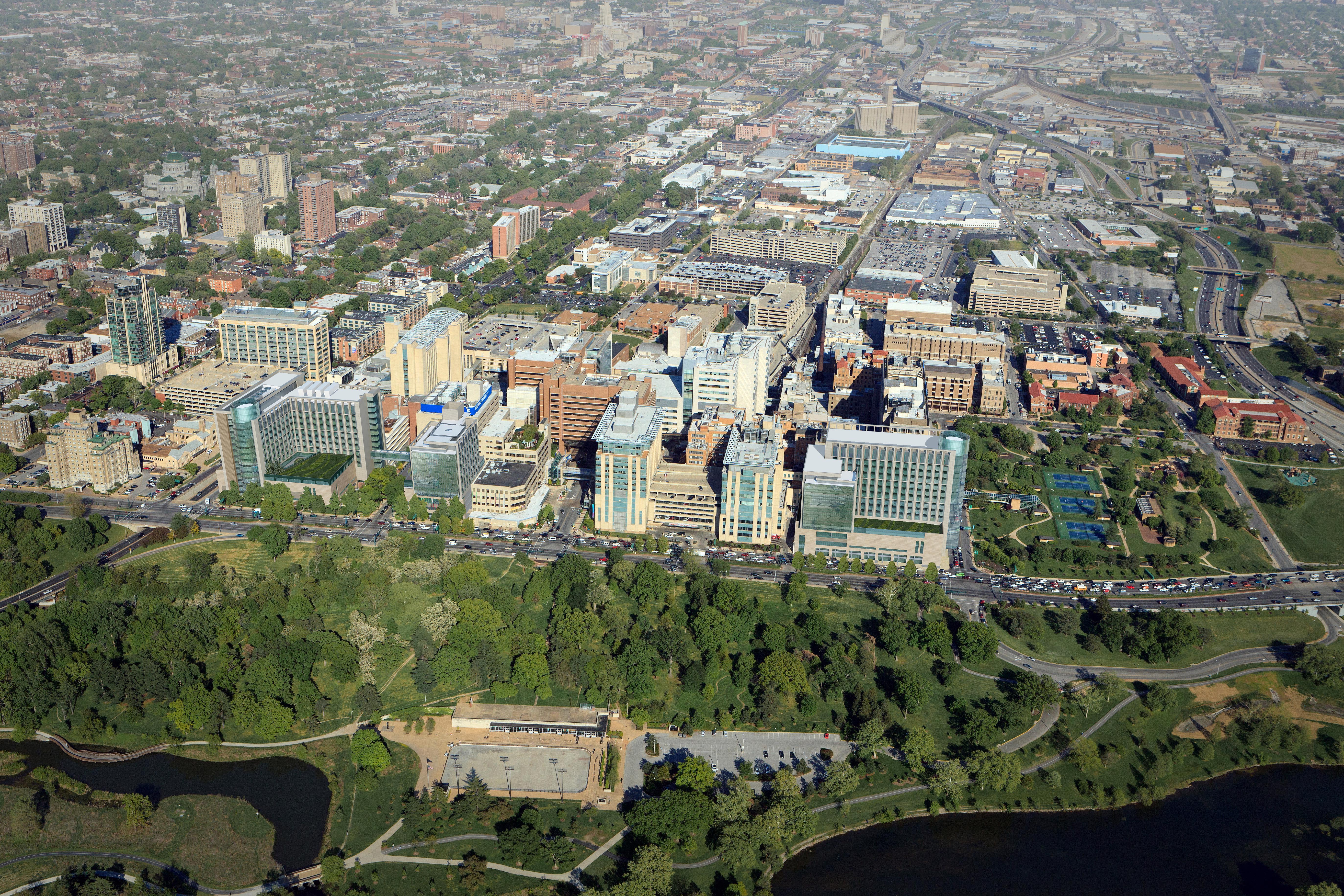 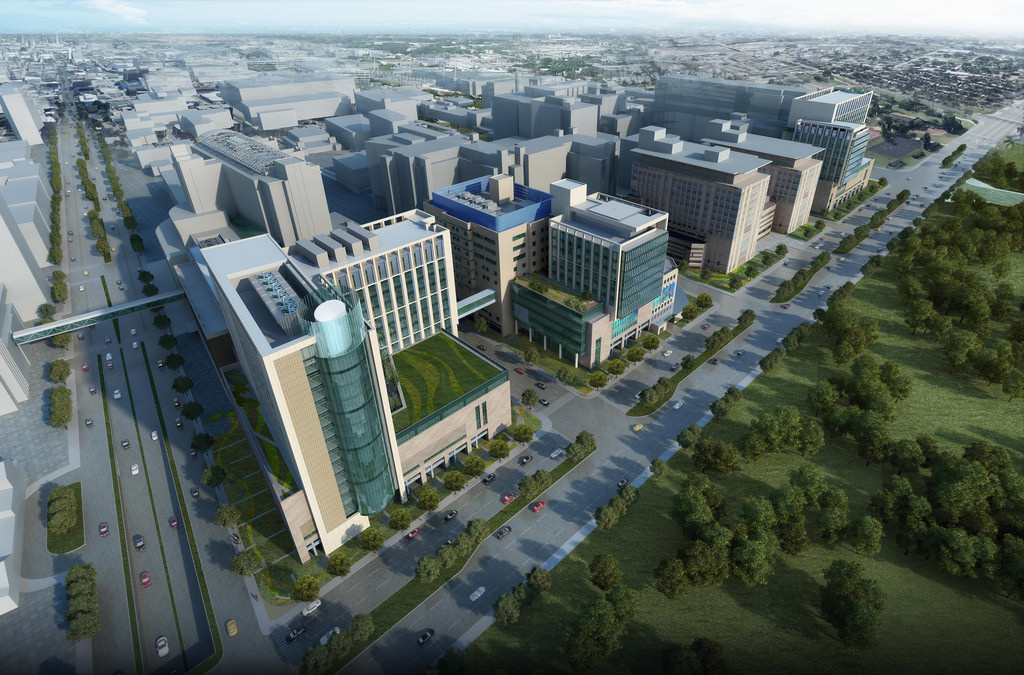 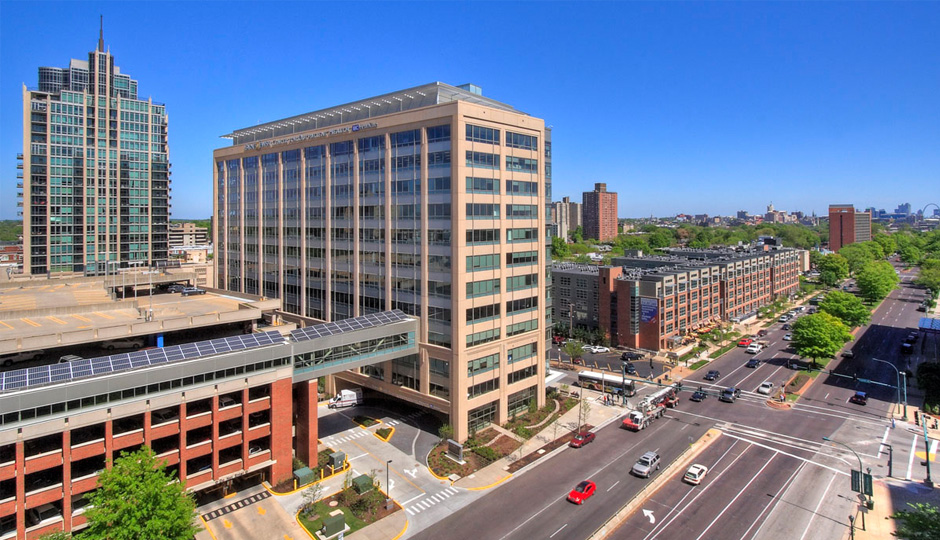 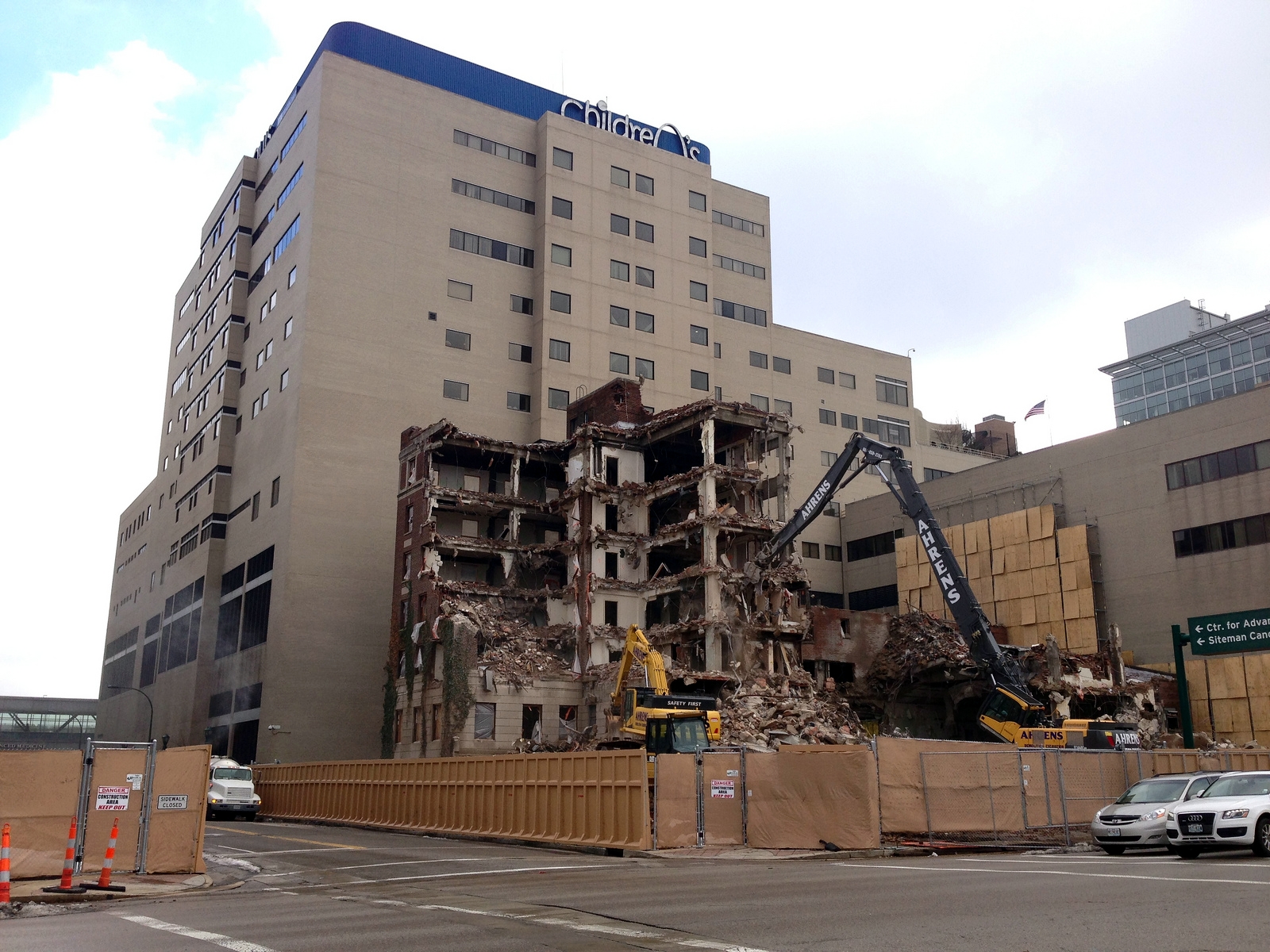 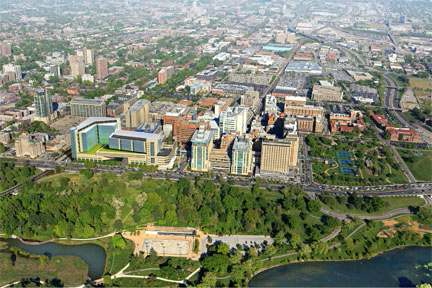 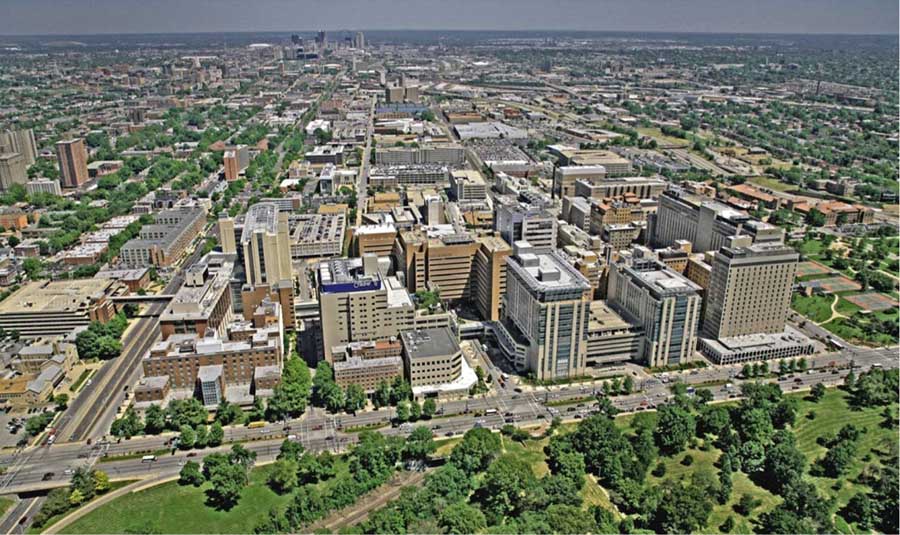 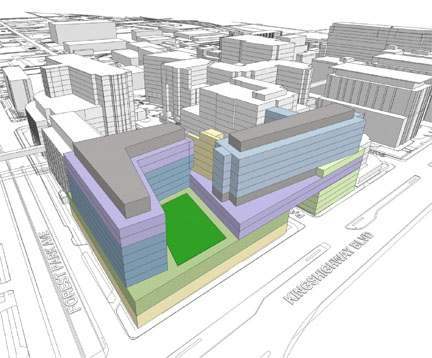 The video below is a product of BJC’s call for inspiration regarding the future of the Central West End medical campus. nextSTL previously looked at what $1,200,000,000 might buy over the next decade or so and needless to say, the visions below are a little more refined. Together with further development of CORTEX to the east, the area is set to see transformative change.