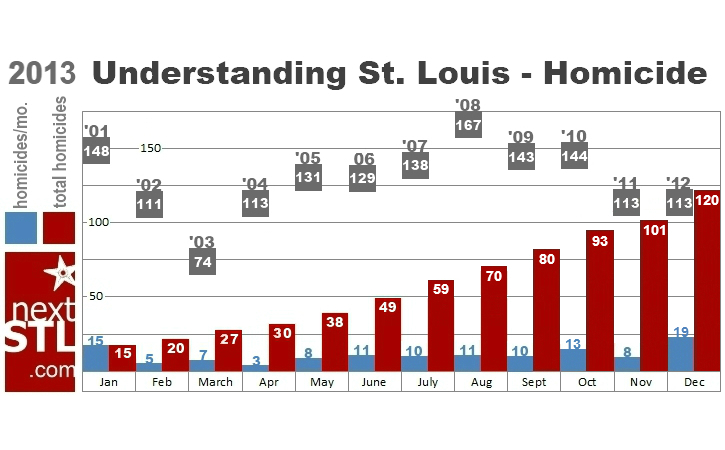 There’s a lot more to crime statistics and safety than the number of people killed. However, homicides are always a barometer of crime and as the most heinous and despicable act one can commit against another person, a closely watched measure. We’ve followed monthly homicide stats for several years here at nextSTL. Final numbers for 2013 were made public today and homicide in the city of St. Louis is up 6.2%, from 113 in 2012 to 120 in 2013.

According to an St. Louis Metropolitan Police Department news release, there was an overall 5.4% decrease in overall crime in the city, including a 10.3% decrease in violent crime and a 4.2% decrease in property crime. The release touts that “Overall crime is down almost 50% since 2006. Our city is getting safer. Our strategies are having an impact.” Regarding homicide, the release states that the 120 total is below a rolling five-year average of 136.

So how are we to look at crime in the city of St. Louis? Clearly some neighborhoods are becoming safer. Likely some are seeing spikes in crime. We hope to look at crime at the neighborhood level in the near future. The homicide number is surprising in that it appears there were 19 homicides in December (or prior month’s numbers were revised at year-end). If one assumes that the city is still losing population, a reasonable assumption given past trends, or at the very least holding steady, the homicide rate is rising. 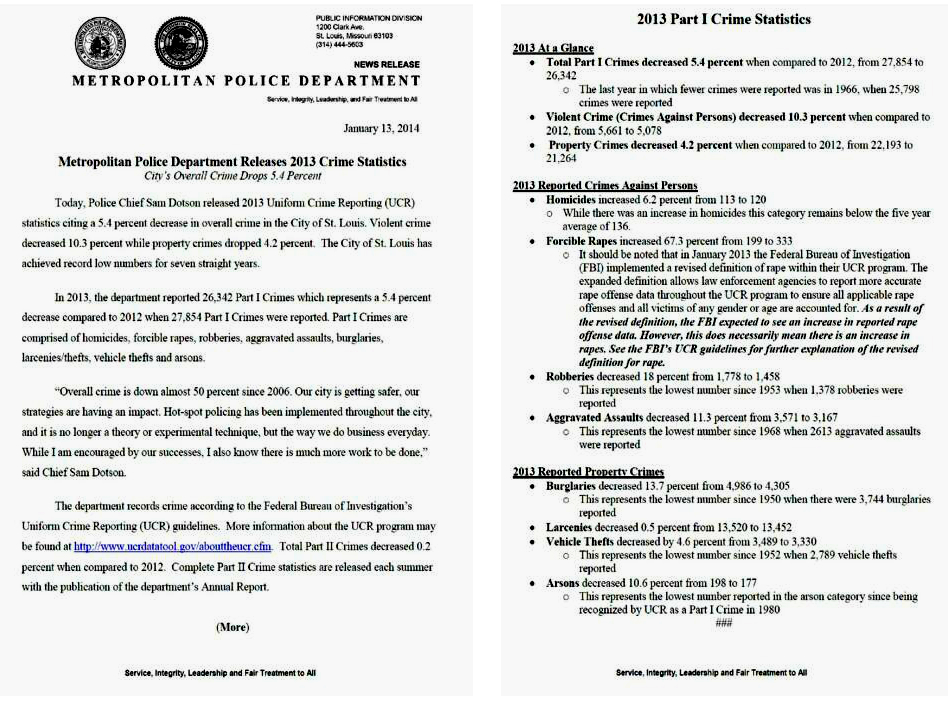 So people continue to kill other people at an alarming rate in the city, and it’s increased two years in a row. We’re at a homicide rate well above that of a decade ago (2002, 2003, 2004) and well below the insane peak in 2008 and continued big numbers of 2009 and 2010. As we’ve previously noted that when crime declines law enforcement, and elected officials tend to cite smarter policing, policy changes and focus. When numbers go up, economic factors, culture and other issues out of law enforcement’s control, are often cited.

It’s good news that overall crime appears to be down. It’s good news that the SLMPD is now under local control. It’s good that the department and city are partnering with the well-regarding criminologists at the University of Missouri-St. Louis to address crime. Whether all of this is working or not depends mostly on one’s definition of “working”, but by any commonsense measure, crime continues to be too high, and continues to serve as a massive detriment to the city and region. Until results are better than 2013, the anchor of crime will continue to drag us down. 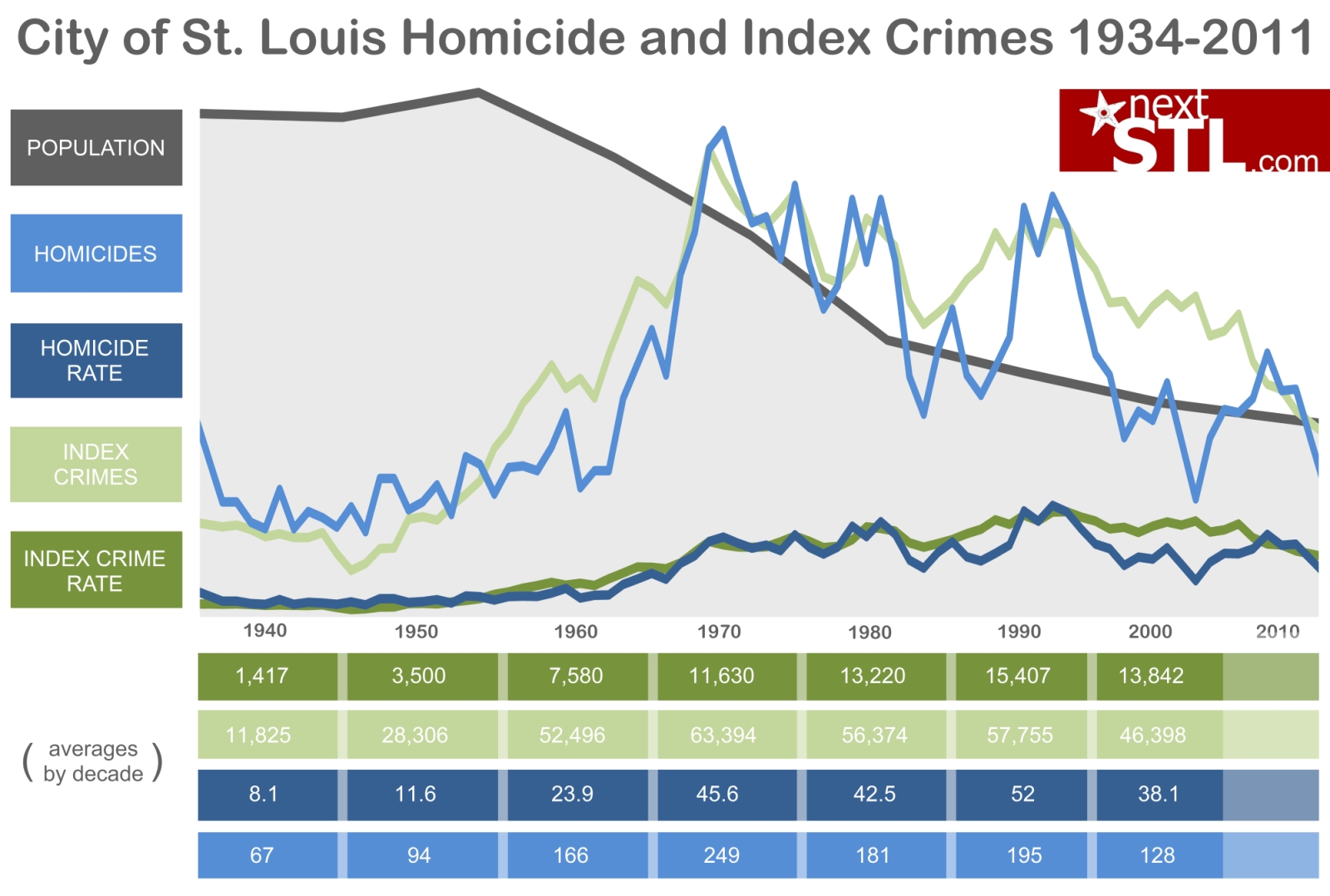