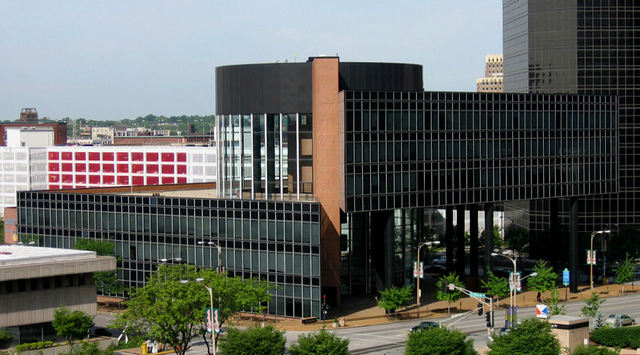 WhoLou sources have confirmed what nextSTL first broke news of last August. The Laclede Gas Company is moving its headquarters three blocks south from the Laclede Gas Building at 720 Olive St. to the General American Life Building at 700 Market St. According to sources the gas company signed a 20-year lease with the Koman Group on Friday. The commercial real estate firm is expected to close the deal this coming Tuesday. The proposed move has not been without controversy.

In November of 2013 St. Louis aldermen on the Housing,Urban Development and Zoning Committee passed a $7 million TIF request from the Koman Group 6-1. Alderman Sharon Tyus cast the lone vote against the TIF, which was initially requesting more than $8 million. Some have argued that the subsidy could have better been used in more dormant or broken-down neighborhoods of the city. Others have protested that the move will not benefit downtown, as the current and new headquarters sites are in such close proximity. The Koman Group claimed it could only come up with $40 million of private money along with state and federal historic tax credits to pay for their estimated $47 million General American Life Building renovation. They requested the TIF to cover the disparity between what they had, and what they needed.

The General American Life Building was designed by noted architect Philip Johnson who passed away in 2005. In 1979, two years following the completion of the Post Modern building, Johnson was the inaugural winner of the Pritzker Architecture Prize. The award is among the most coveted within the design industry. The General American Life Insurance Company relocated to St. Louis County in 2004, and the building was purchased by New York-based Centaur Properties in 2005 for $6.1 million. Native St. Louisan Harlan Berger is the founder and CEO of Centaur Properties. The Koman Group has been working on a deal to purchase the General American Life Building from Centaur Properties. Laclede Gas Company representative Jenny Gobble commented, “At this time, nothing has changed in our search for office space since the last time I spoke with you.”