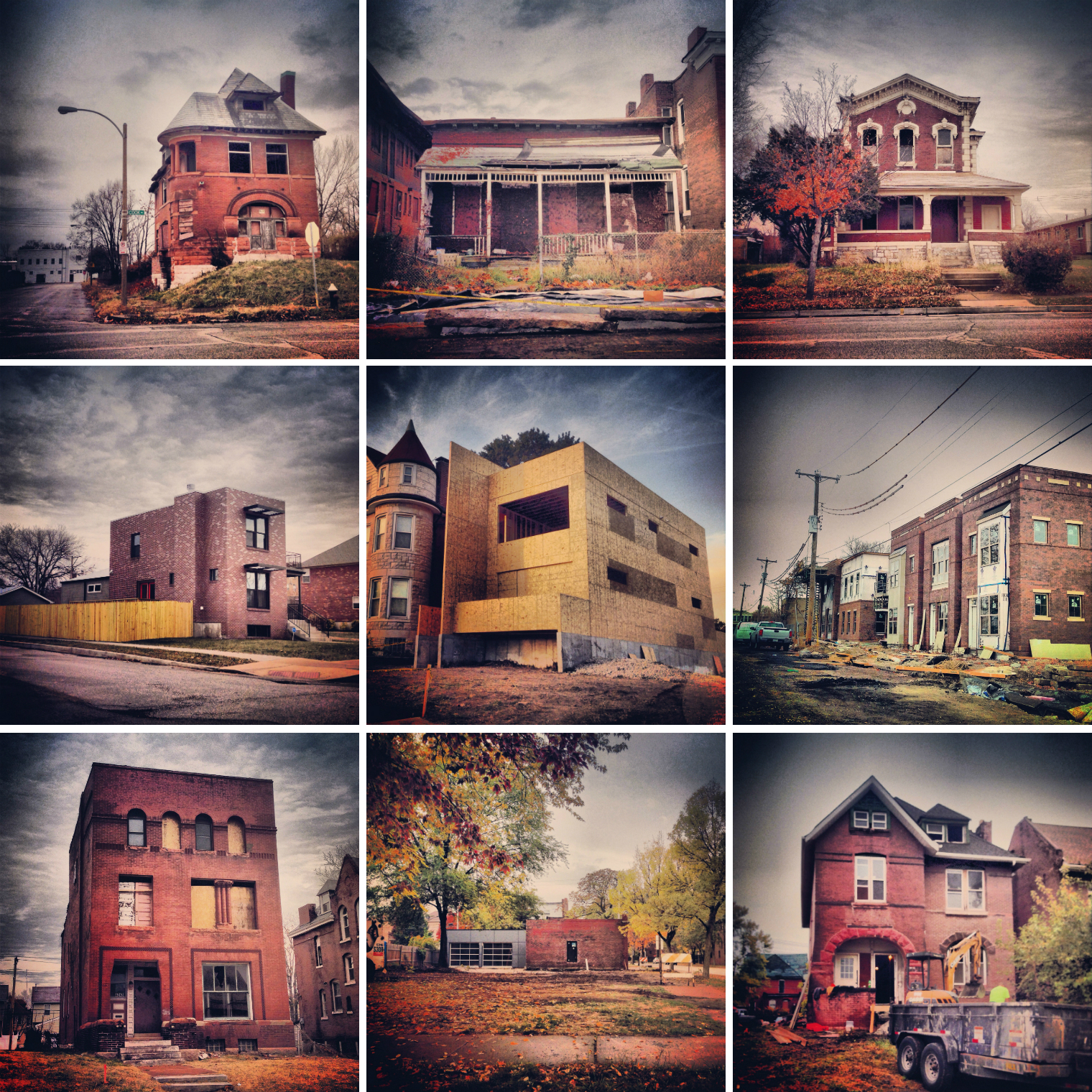 It’s nearly impossible to keep with the demolitions in the City of St. Louis. There may be a couple hundred in a year. And there will be hundreds more in the coming years. It’s also tough to follow all the rehab activity. From Carondelet to Baden, Downtown to Demun, buildings are being remade into homes, small businesses, and even high tech innovation incubators. And there’s infill, a lot of it now, concentrated roughly along the city’s Central Corridor, but extending from Benton Park to Vandeventer and Botanical Heights to the Central West End.

Each of these will be part of the St. Louis story in the coming decades, but in a small corner of the city, one can see all of it today. Within just a few blocks where the Central West End and Vandeventer neighborhoods meet, there are three signature rehabs underway, three looming demolitions, and three new infill projects 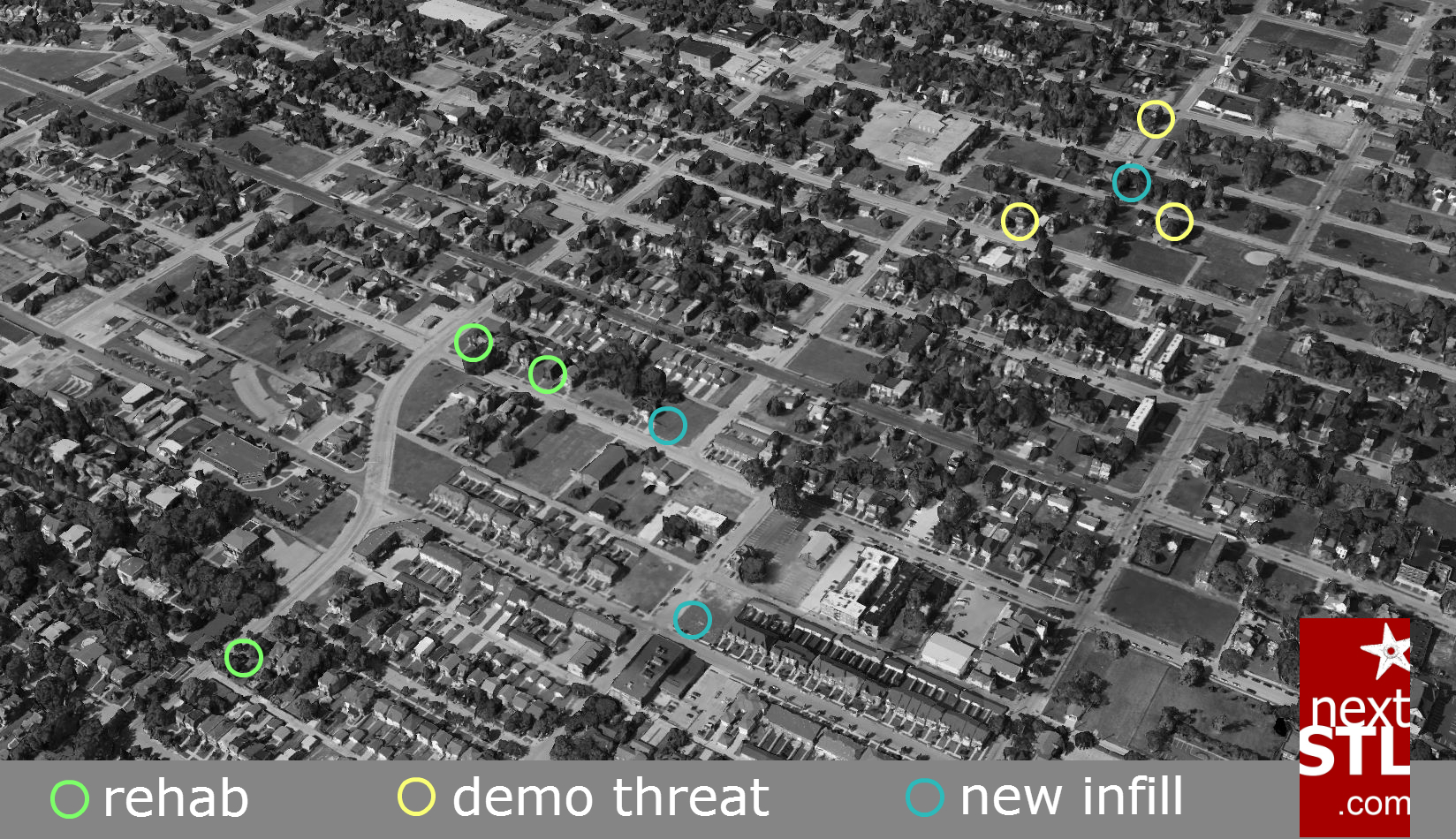 The extremes dominate these 10-or-so square blocks. Two massive infill projects, Gaslight Square and North Sarah have added more residential new construction here over the past decade than just about any city neighborhood. The McCormack Baron Salazar (MBS) North Sarah Phase II consists of 103 mixed-income rental units (Phase I added 120 mixed income units). The several dozen townhomes four blocks to the south on Olive sell for near $300,000. Both are built on land once owned by the city’s Land Reutilization Authority (LRA).

The rehabs have generally kicked around in private hands over the past decade plus, at times foreclosed and bank-owned, they’ve somehow survived – it often takes something more than a decade or two of neglect to fell a century brick home. These three projects offer some variety as well. The 3,200sf home is just a little larger than new infill and most homes in the city, but similar to homes in the city’s Central West End and elsewhere. The 5,000+sf single-family home is a big challenge and could end up as a two-family. The commercial storefront of less than 1,000sf is an unlikely rehab in a city becoming full of the unlikely.

The looming demolitions show the variety of housing built across this part of the city from 1884 to 1892. The small frame building on C D Banks Avenue is one of the dwindling number of non-masonry pre-1900 homes still standing in the city. While the surrounding area is being developed by MBS as North Sarah Phase II, it's days are most likely numbered. The large Italiante home on the block behind the frame building strikes an imposing stance. A close look shows a collapsing roof and crumbling walls. On the corner of Cook and Whittier stands another imposing residence that has been crumbling for decades. Likely also soon to be lost.

The infill projects currently underway range from mega-developer MBS continuing to work on the near north side, to small firm neighborhood building UIC branching out north of I-64 (Botanical Heights, Olio, Chouquette, etc.), to an individual who has built several homes nearby over the past decade.

This may be the one place where the three currents in St. Louis housing development converge. And it’s happening across a long existing divide in the city. What’s amazing is that one can see the divide simply by looking for trees. An aerial view of the area shows the clear delineation from north to south. The City of St. Louis is destined to see more of all of the above in coming years. The spirit, and ulimately the health of the city will depend of the proportions of each. And all are needed, new construction, rehabs, and demolition. Across the city the change will not be consistent, but If you want to see what the future might look like, visit this corner of the city where the Central West End meets Vandeventer. 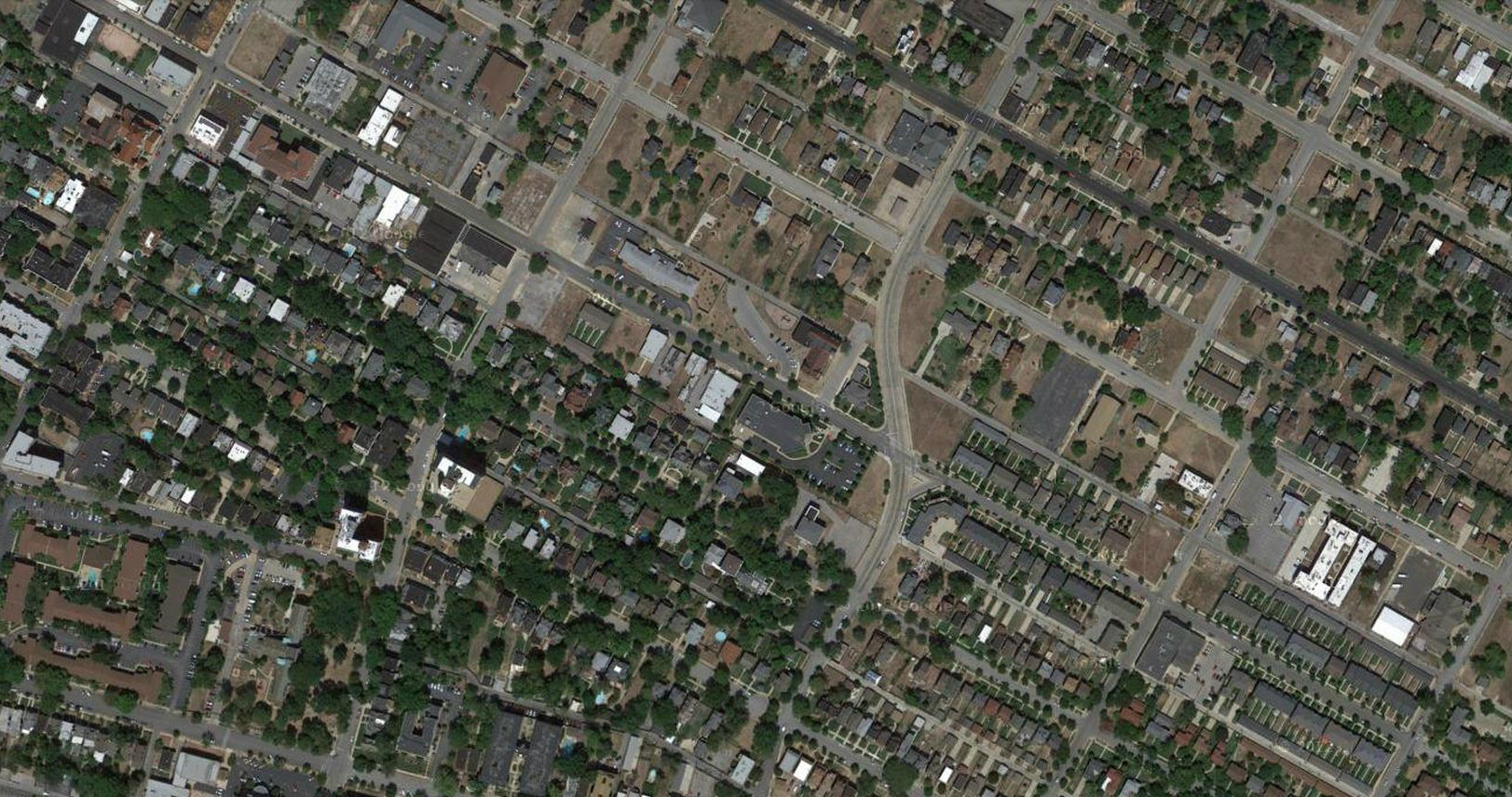