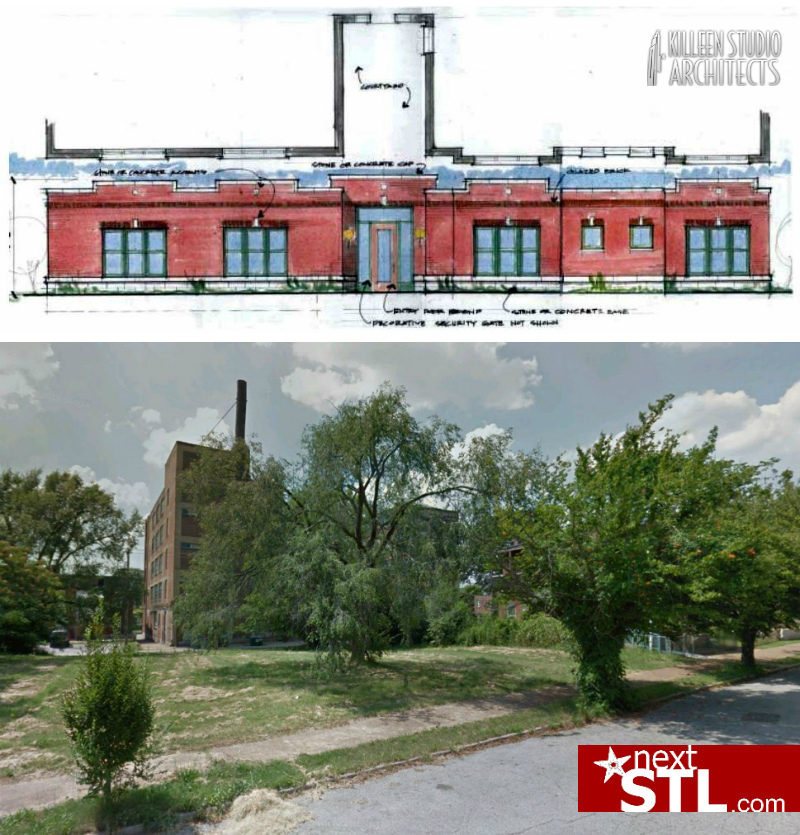 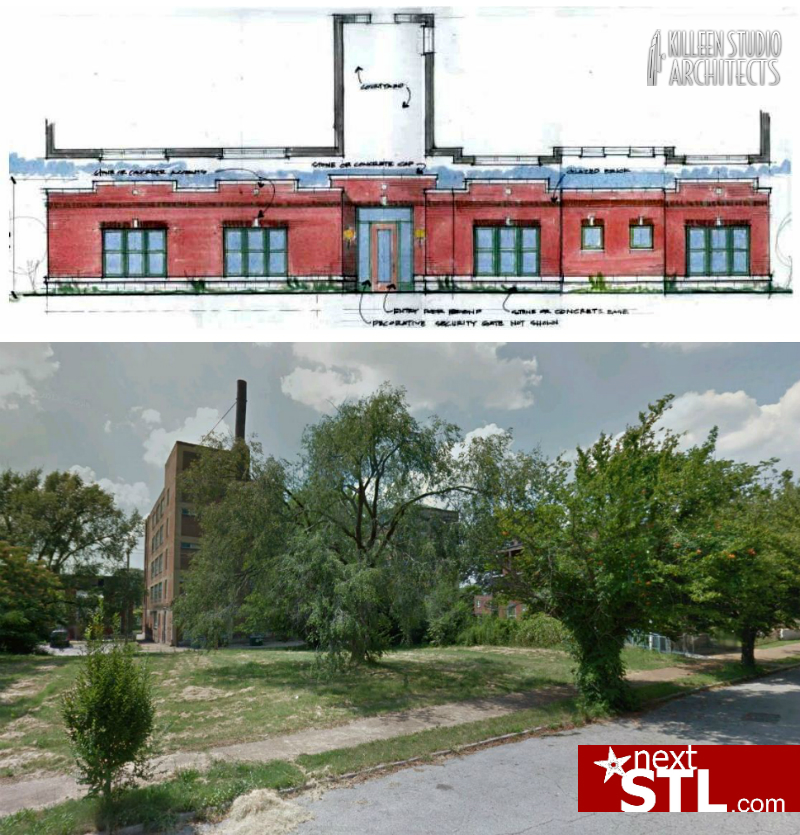 A listing on the National Register of Historic Places or being located in a Local Historic District is a blessing and a curse. The blessing is access to historic tax credits, up to 45% of specific renovation costs after combining state and federal programs). The curse is the ream of regulations and design guidelines one must adhere to. At least that’s the good and bad for the individual either rehabbing an historic building, or building new in an historic district. LHDs and the National Register are incredible assets to the city, its neighborhoods, and residents. In St. Louis, the two designations cover roughly one-fourth of the city’s 111,000 structures.

Rather strict guidelines for building or renovating in these areas too often lead to boring template structures (even if some are of high quality) – the easiest way to gain approval for a project – or conflict in design where material choices and site plans stretch the interpretation of rules to the edge of credulity. But constraints can also force creativity. Leaving aside the bigger questions of the museum city and what to preserve, how, and why (for the record, we’ve been pushing the idea of a graduated historic district with varied guidelines similar in method to form-based code), constraints can lead to imaginative projects. Killeen Studio Architects is one local firm that may just help show how to escape the predictable historic infill while at the same time presenting very traditional forms. 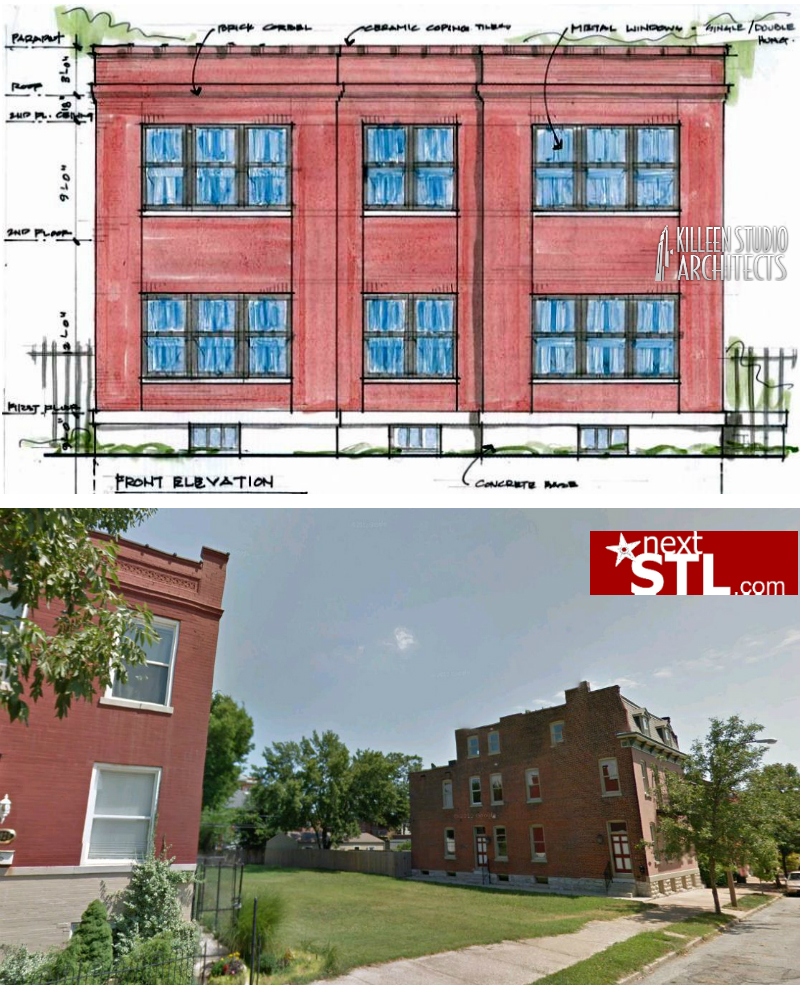 The first proposed single family is located on two adjacent lots addressed as 2830-34 and 2836 McNair. Interestingly, the building has a decidedly industrial/institutional design even though it would sit mid-block. The two historic model examples (on which this proposal’s design was based) that were provided to Cultural Resources Staff are both warehouse buildings.

CRO Staff recommend preliminary approval of the design, subject to final review of design and materials. The second proposed single family in the neighborhood is located on four adjacent lots (2841 through 2847 Indiana)—just two blocks west of the McNair proposal. In this case, the applicants seek to build an ADA-compliant, fully accessible one-story home across several lots.

The central portion of the sprawling single-story building is recessed. Again, the building has a semi-industrial feel in the middle of an otherwise residential block (notably, though, this proposed construction backs up to a five story warehouse building on South Jefferson). Again, CRO recommends approval subject to staff review of final details and materials.
The Preservation Board meeting is on Monday, October 28, 2013, 4pm at 1520 Market, Suite 2000 in the large board room.

City of St. Louis Preservation Board Agenda – October 28, 2013 by nextSTL.com