St. Louis is home to one of just 27 velodromes in the United States. It was 1962 when the City of St. Louis set aside a corner of Penrose Park. The velodrome in Forest Park had been dismantled during the expansion of Highway 40 into Interstate 64. The Kingshighway interchange with I-70 and a railroad line separate this corner of the park from the rest of it, making it something of a backwater. The Penrose Park Velodrome hosted the US National Championships the year it opened, but fairly quickly fell into disrepair. Resurfaced in the 1980's and then patched, sealed and striped in 2005, the track is very rideable but the moniker "Mr. Bumpy Face" is well-earned.

With the patch and seal last decade, the 1/5-mile track was once again open for competition. I worked events at the track for Big Shark Bicycles just after it reopened. The crowds were sparse, the racing perhaps a big uneven, and car access (up and over a curb and down a grass hill) a challenge. Since then, something really cool has happened. A community has formed, one intent on bringing the track to a level it's never experienced. A new early draft master plan envisions a completely reworked facility. Beyond being relatively rare, Penrose is special because it's in a public city park, open from dawn to dusk and free to all. The majority of tracks are closed, single-purpose facility with fees of $10 or more for single use and limited hours.

{the master plan envisions amenities that go beyond cycling}

Funding for the new track and park amenities would be a private-public partnership. A group of dedicated supporters have volunteered time for track maintenance and have put together a great website presenting a clear vision of the track's importance and potential. Fundraisers have been held, and races at the track are profitable. The next, and very big, step is to make sure the city understands the value of the amenity in this northside park. Twenty-fourth Ward Alderman (and competitive cyclist) Scott Ogilvie is a supporter and the President of the Board of Aldermen, Lewis Reed, recently took some laps on the track. Additional funding for city parks is imminent, with a $64M in bonds ($30M to Forest Park) set to be issued and more funds coming from the voter approved Arch grounds-Great Rivers Greenway-parks 3/16% sales tax. Individual supports can visit the velodrome's website to contribute to the effort.

Amenities envisioned include signage at the Kingshighway entrance, designated space for an emergency vehicle and food trucks, bike racks, restrooms, storage space, picnic tables, a walking track and more. If built, the facility could attract a wide variety of uses. For competition, a tunnel to the infield (to avoid crossing cyclist's paths), a warm up area and concrete surface are key. While an asphalt surface can by used for perhaps 20 years before replacement, a concrete surface can last twice as long, require fewer repairs and provide a superior racing surface. 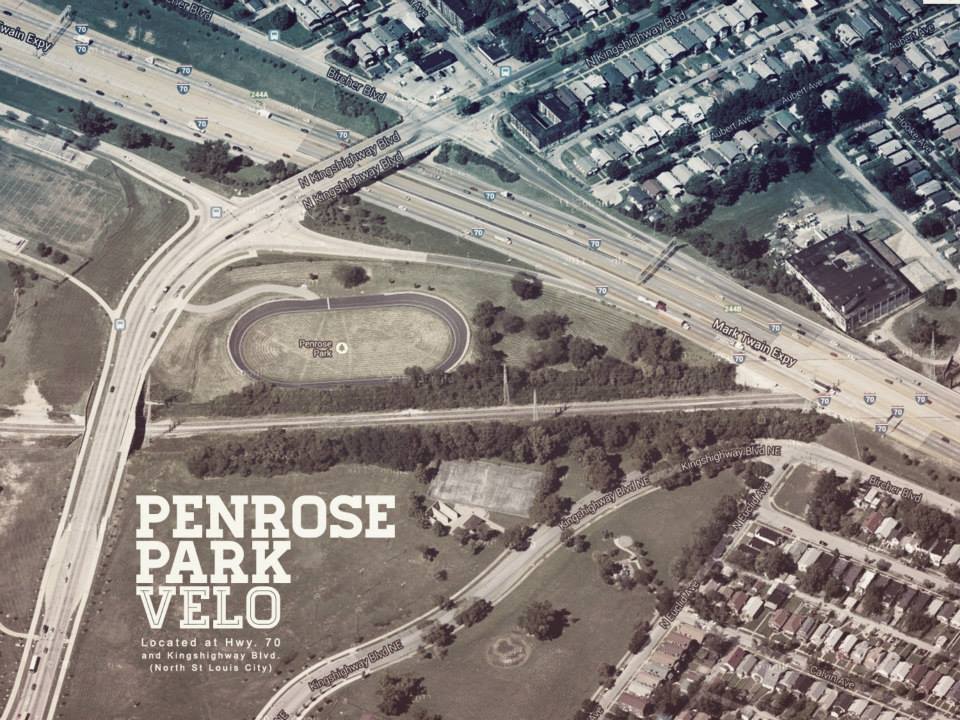 {tucked away in the city's Penrose Park, the velodrome is easily accessible} 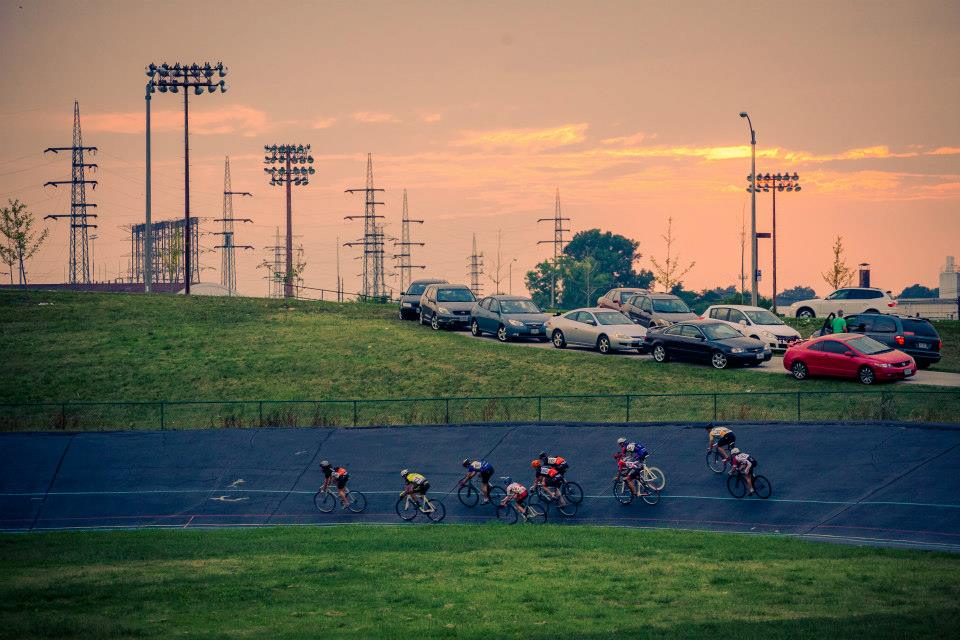 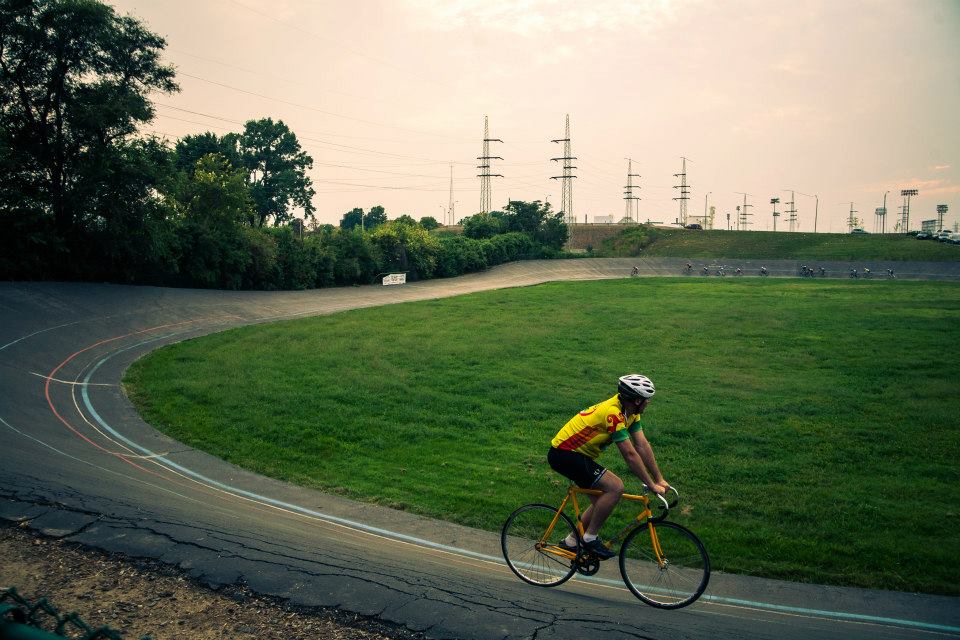 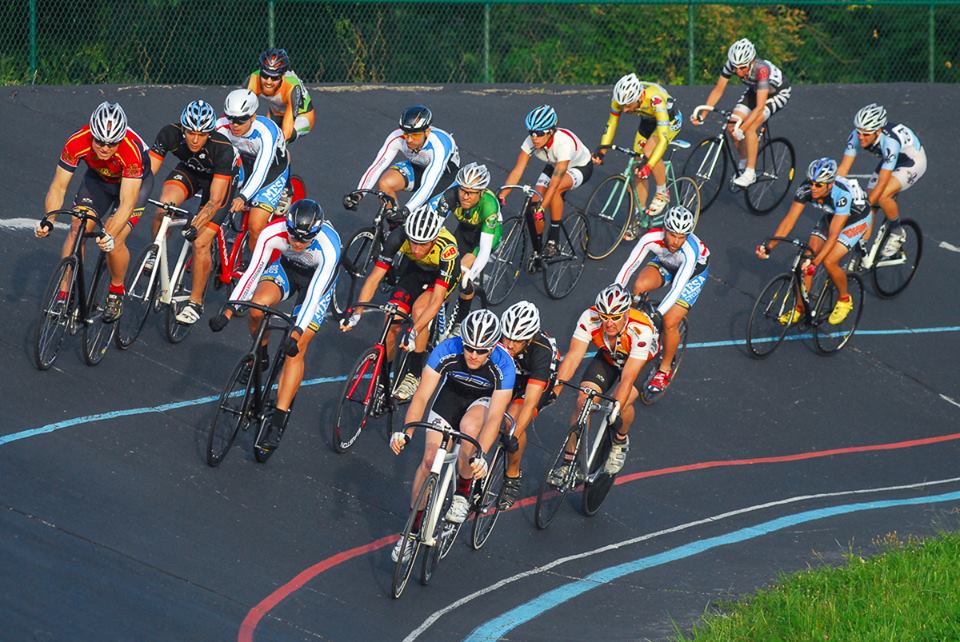 Tracks around the country have fallen into disrepair and several cities are mounting efforts to return their velodromes to competition standards. The Kissena Velodrome in Queens, NY is similar to Penrose and highlights how a few small investments could go a long way: 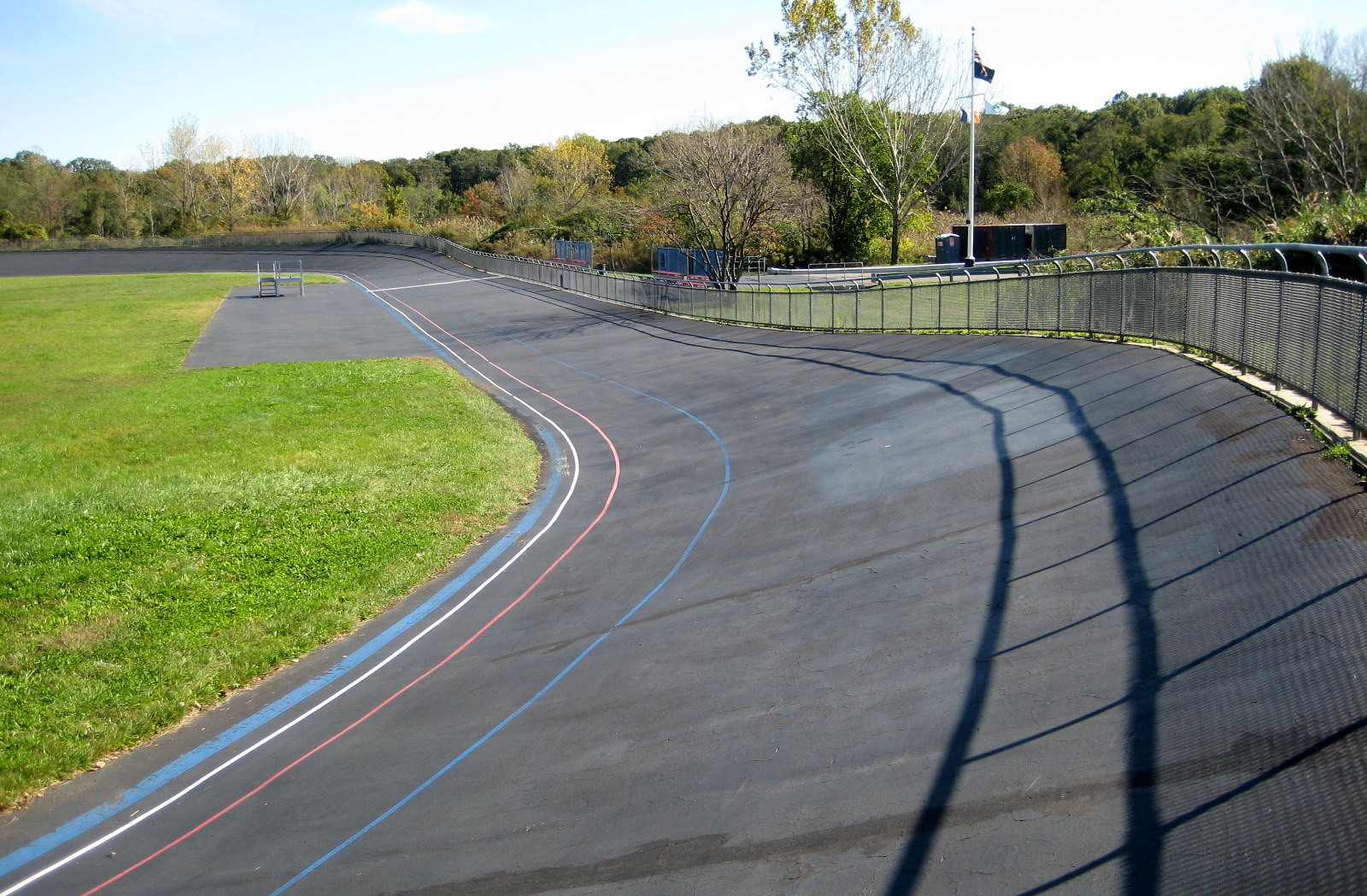 A philanthropist in New York recently tried to give the city $50M to build an indoor multi-use velodrome facility within Brooklyn Bridge Park. Residents there opposed the project, which is now dead, with a combination of complaints including the sport's lack of popularity and the traffic the facility would generate. A new location is currently being sought. Chicago is currently home to a 166-meter temporary wooden velodrome and hopes to parlay its success into a permanent facility.

Detroit's Dorais Park Velodrome (1969) has been long abandoned, but a new group of advocates there are investing time in the facility. They're taking a slightly different approach and rebranding the facility for motored use with an event called Thunderdrome. Motorized racing classes include 100cc 4-stroke and 50cc 2-stroke races, among others. Everything from mountain bikes to road bikes to scooters get a shot at running laps. An image of Dorais before a grassroots rehab effort (and a great story in Bicycling Magazine): 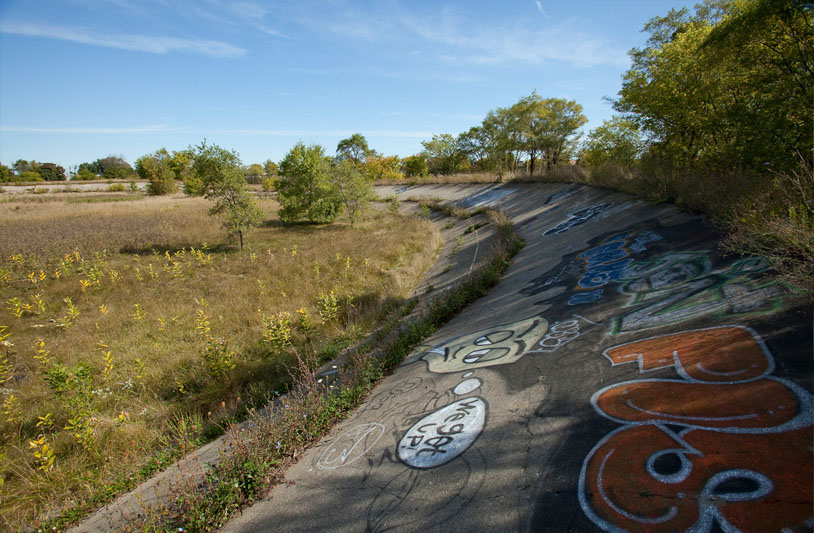