The Opus Group is proposing an 8-story, 177-unit building for the northeast corner of Lindell Boulevard and Euclid Avenue in the city’s Central West End neighborhood. The proposal includes more than 11,000 square feet of retail space. The site is the same as the 2005 Opus proposal that envisioned a $98M, 28-story, 200-unit mixed use building that met opposition from a vocal minority of adjacent homeowners and was ultimately scrapped in 2007. The new formed-based code covering the southern half of the Central West End calls for a building of 3-12 stories at this location.

In 2005, Opus was building the 89-unit Park East Tower, rising just two blocks to the south. It was more than 60% sold and would prove a commercial success. About the same time, Mills Properties had proposed a huge infill project for West Pine at Euclid. That project was downsized from initial plans and is now moving forward as a 159-unit development with a 30,000 square foot Whole Foods filling the first floor. Opus completed the 52-unit Nine North project adjacent to the Park East Tower in 2009. Although hitting the for-sale residential market at a tough time, the project stood out as a unique offering in the city and Central West End.

Late last year, Opus announced it would re-open a St. Louis office, to be headed by Joe Downs, senior director of real estate development. Joe worked on the Nine North project during a previous stint with Opus in St. Louis as director of construction and general manager and knows the Central West End market and politics well. The proposal has yet to receive city approval, but given past experience, Opus is unlikely to have proceeded to this point without predicting success. In St. Louis, Opus most recently developed the Dardenne Town Square retail center. The Opus St. Louis office could not immediately be reached for comment.

The 2005 Opus proposal had early backing from Alderwoman Lyda Krewson and received initial approval for TIF support. The American Heart Association never put the lot on the market, but had multiple offers at a reported $3.4M asking price. Opus had the property under contract only to see Heartland Bank buy the property in 2007 for $5.57M. At the time, Heartland stated that they planned to build a bank branch. Opus hoped to work with Heartland to develop the residential tower. By the end of 2007 the Opus project was dead and Heartland never did build a branch. The building has sat empty since the previous plan failed to materialize. 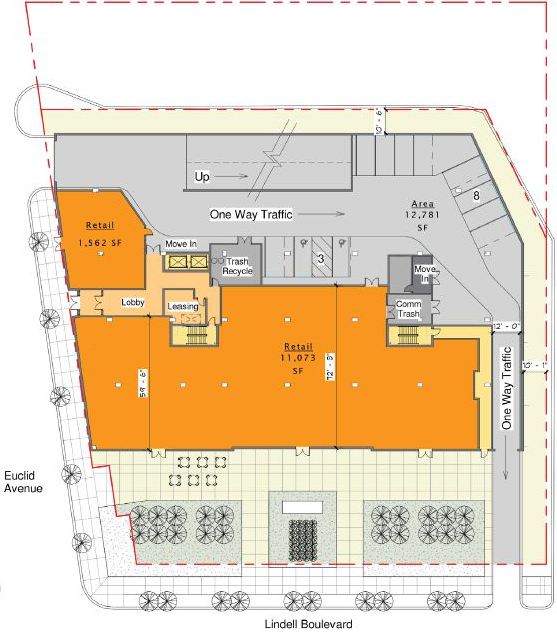 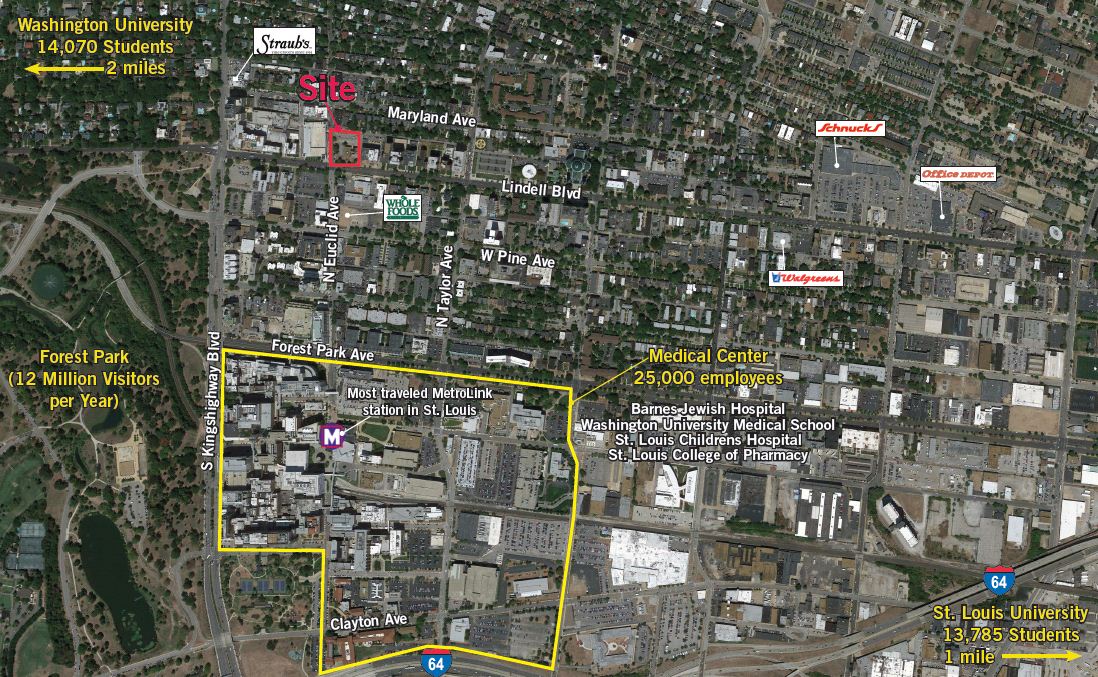 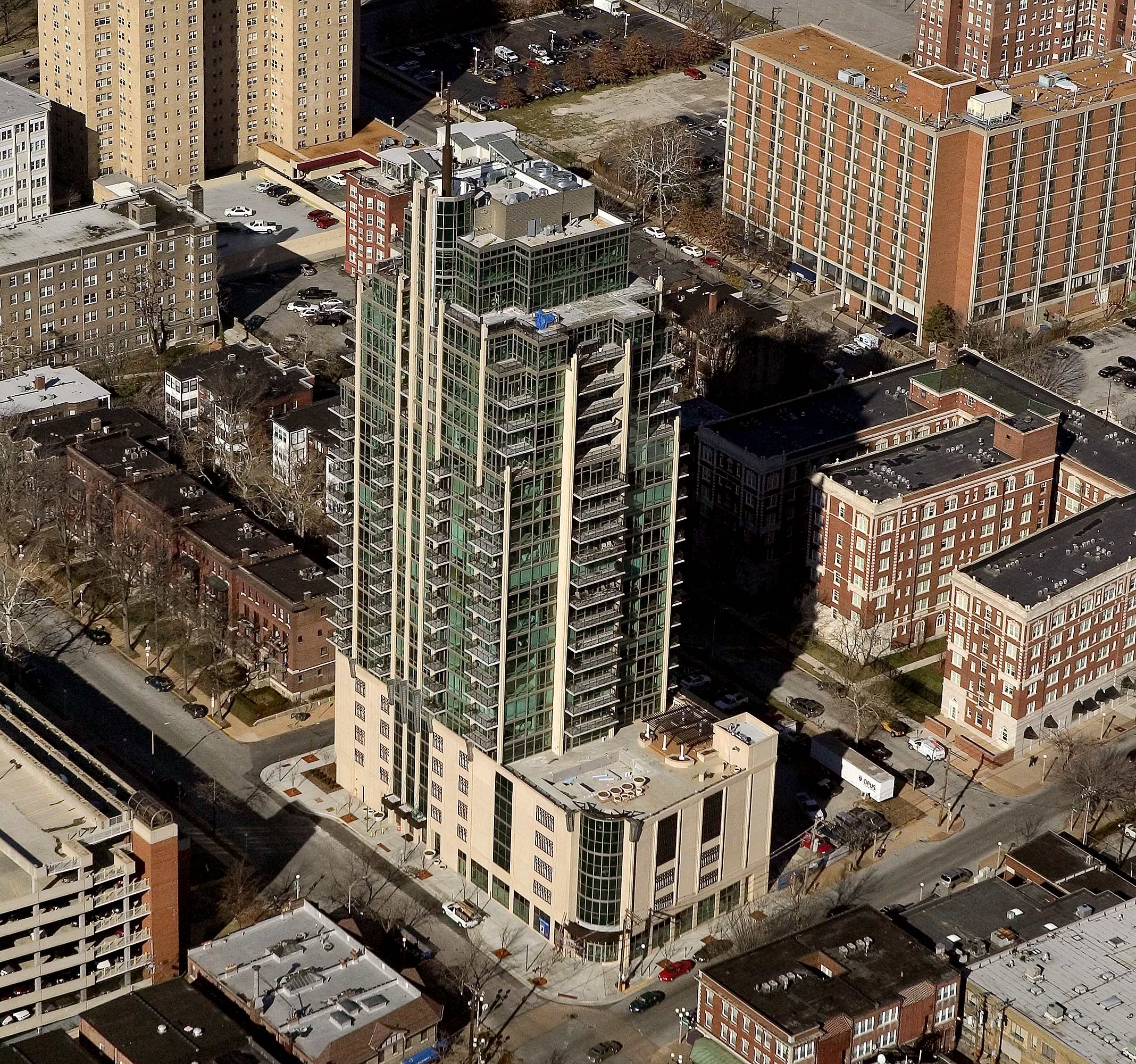 {The Opus Group’s Park East Tower at Laclede and Euclid} 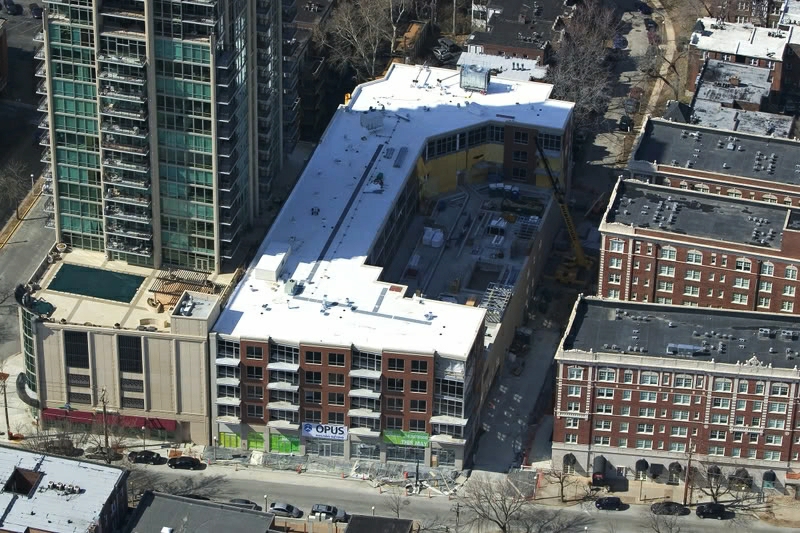 Opus updated the project’s design in late 2013, adding four stories and 40 apartment units. The design below did not win over Central West End constituents who expressed concerns regarding site design, construction materials, and adherence to historic district standards. The design is expected to be further adapted and eventually win approval from the neighborhood, the city’s Cultural Resources Office and Preservation Review Board. 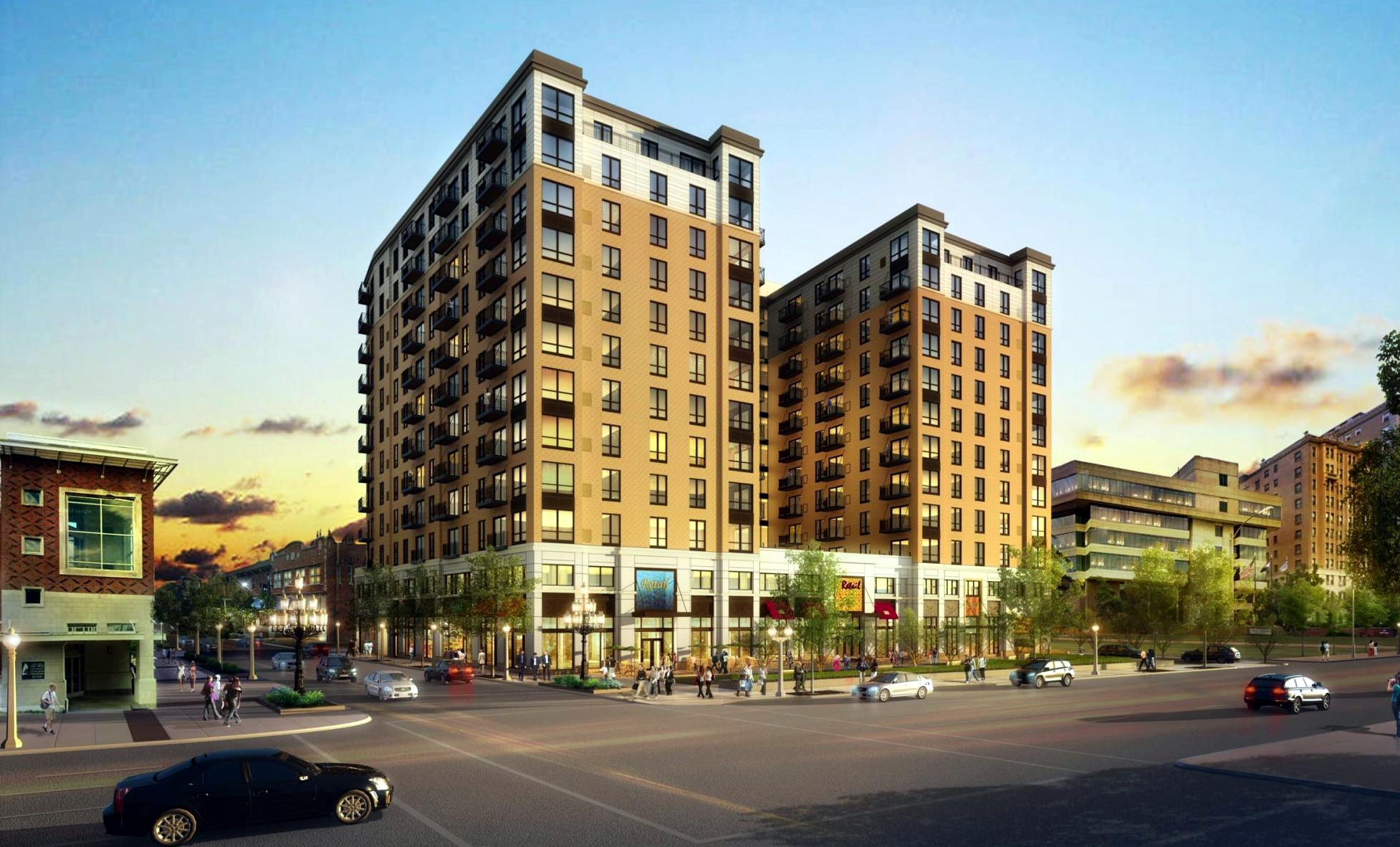