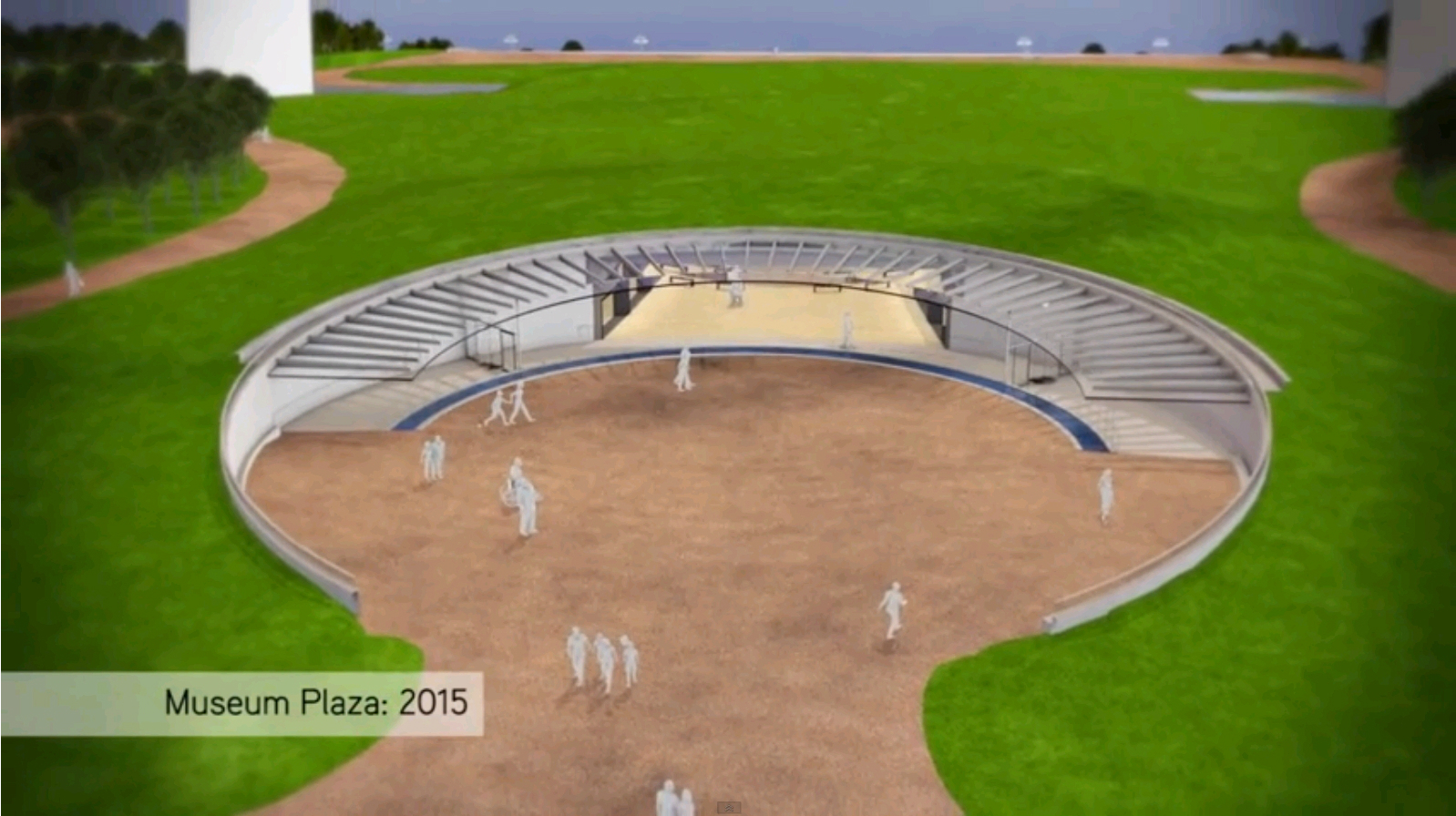 As groundbreaking nears for the Arch project, CityArchRiver has released a new fly-through of its design. Most of the imagery (east slope paths, north gateway) is unchanged from previous plans, but there are a couple new things to view. Most significant may be the treatment of the new city-facing entrance to the underground Museum of Westward Expansion. Through iterations of convex, then concave class entryways, several design challenges had remained unresolved. Here, the museum entrance avoid added an intrusive rail atop the new berm and instead appears to introduce a trench to serve as a barrier that won't extend into the existing sightline.

Second, the raised Leonor K. Sullivan Boulevard design has been refined. Gone are the various large barriers once intended to separate uses on the riverfront. The apparently more open, flat design is a smart way to encourage visitors to approach the riverfront, while also accomodating bikes, strollers and cars. As noted several times previously, the winding paths connecting the Arch grounds to the riverfront may be the most impactful, well-designed change offered. What else do you see that may be new?