A signature hotel, acres of new animal exhibits, a gondola and much more are part of the St. Louis Zoo's ambitious expansion plans. The zoo held its second open house yesterday to present and discuss a framework plan for expansion. In March 2012 the Zoo announced that it would acquire the vacant Forest Park Hospital site just south of I-64. The first open house was held December 2012. The 13.5-acre site presents the only opportunity for the approximately 100-acre zoo to change its boundaries, as it is otherwise set within Forest Park, where it is virtually impossible for the institution to grow its footprint.

Recognizing that the project would garner significant interest, the zoo quickly engaged the public. This site solicited design ideas as part of our What Should Be initiative and gathered plans were incorporated by the zoo and lead planner SWT Design into their framework discussion. More important, residents of the adjacent Dogtown neighborhood were engaged in design charrettes.

That engagement has resulted in a clear framework for the Zoo’s expansion and future master plan that will dictate the institution’s next 30 years. The charrettes, open invitation for ideas and initial open house have quickly helped shaped a bold vision that goes behind simply adding to the zoo. The framework represents a rethinking of nearly every major zoo component. 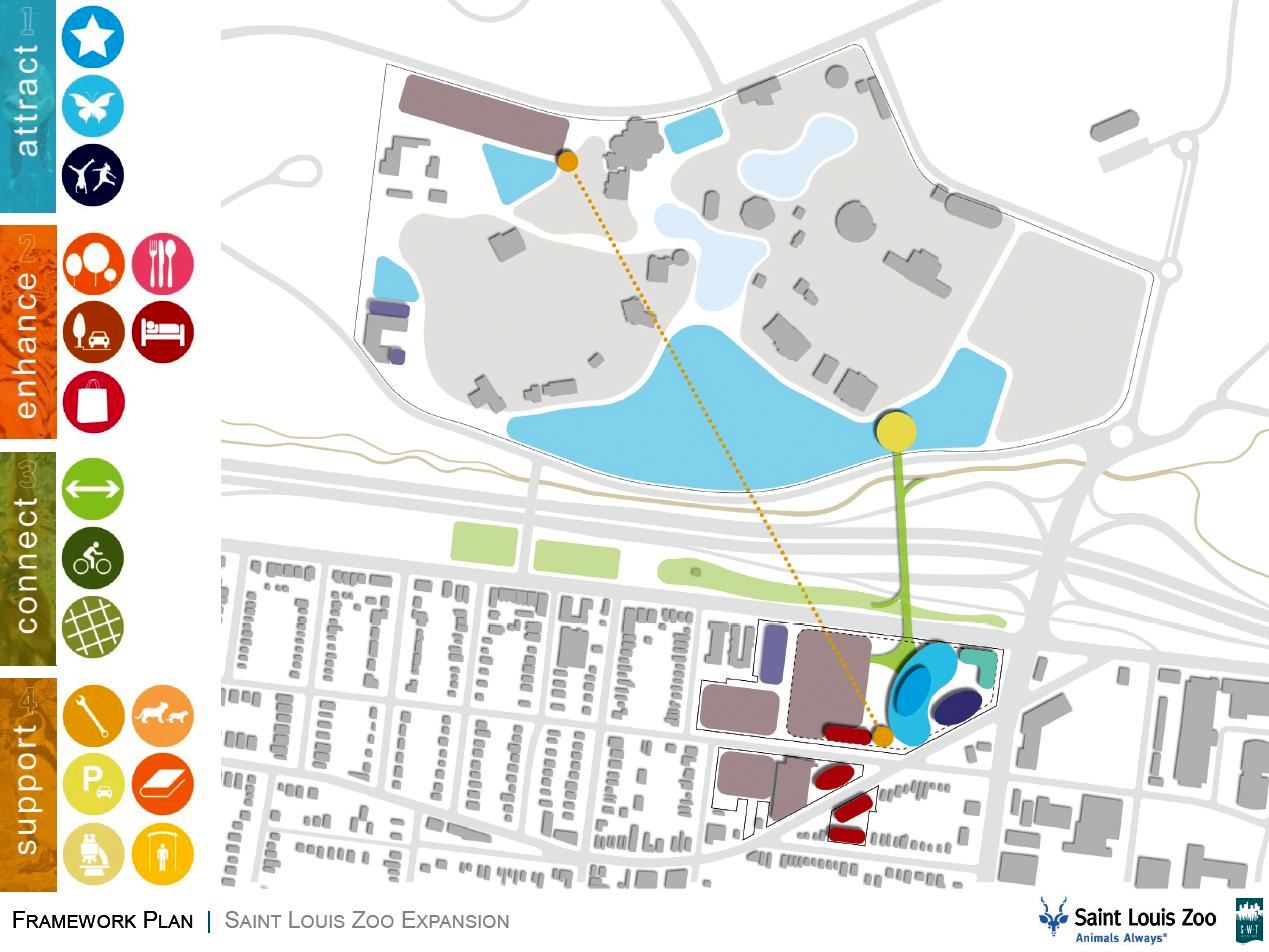 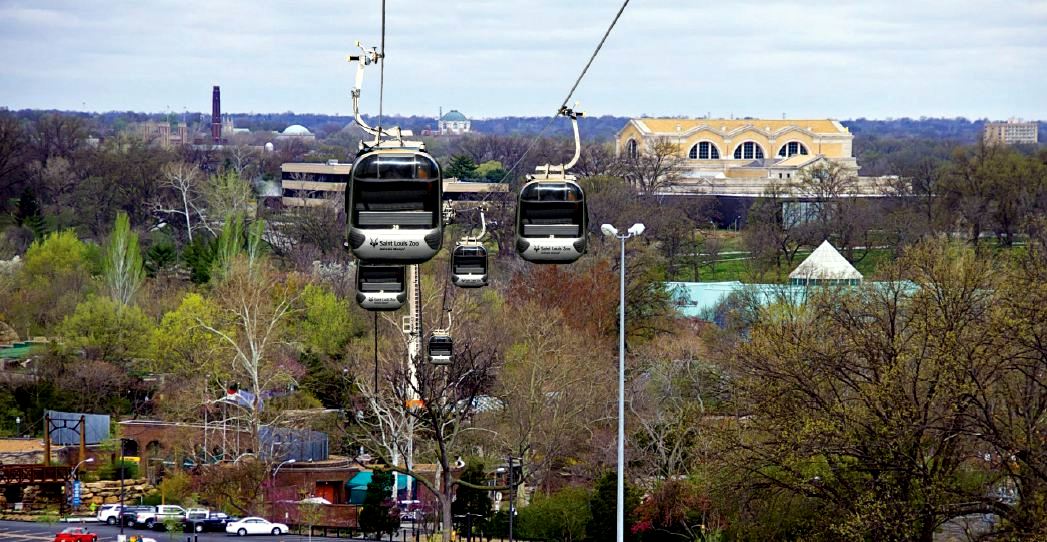 With such a transformative plan, one might expect some misses, but here it’s difficult to define any real design miscues. The new site would see administrative and support offices, a signature hotel, a new animal exhibit attraction, seemingly well-disguised parking and mixed-use development along Clayton Avenue. There would be a pedestrian bridge across I-64 integrated into the Forest Park bicycle-pedestrian path and terminating at a new signature restaurant and south entrance. A gondola would connect the site to the north entrance at the other end of the zoo. The existing south parking lot would be gone and Wells Drive relocated. Each of these represents a significant project. Together, they constitute a bold vision of where the zoo is heading.

The plan is still in its early development and the success of any element depends on execution. Only time will tell if the planned new parking structure presents an imposing two-story wall to homes on Graham Street or whether the new animal exhibit south of I-64 is a unique draw. There’s some moxie in the plan, yet the Zoo appears to also be underestimating the project’s market potential. 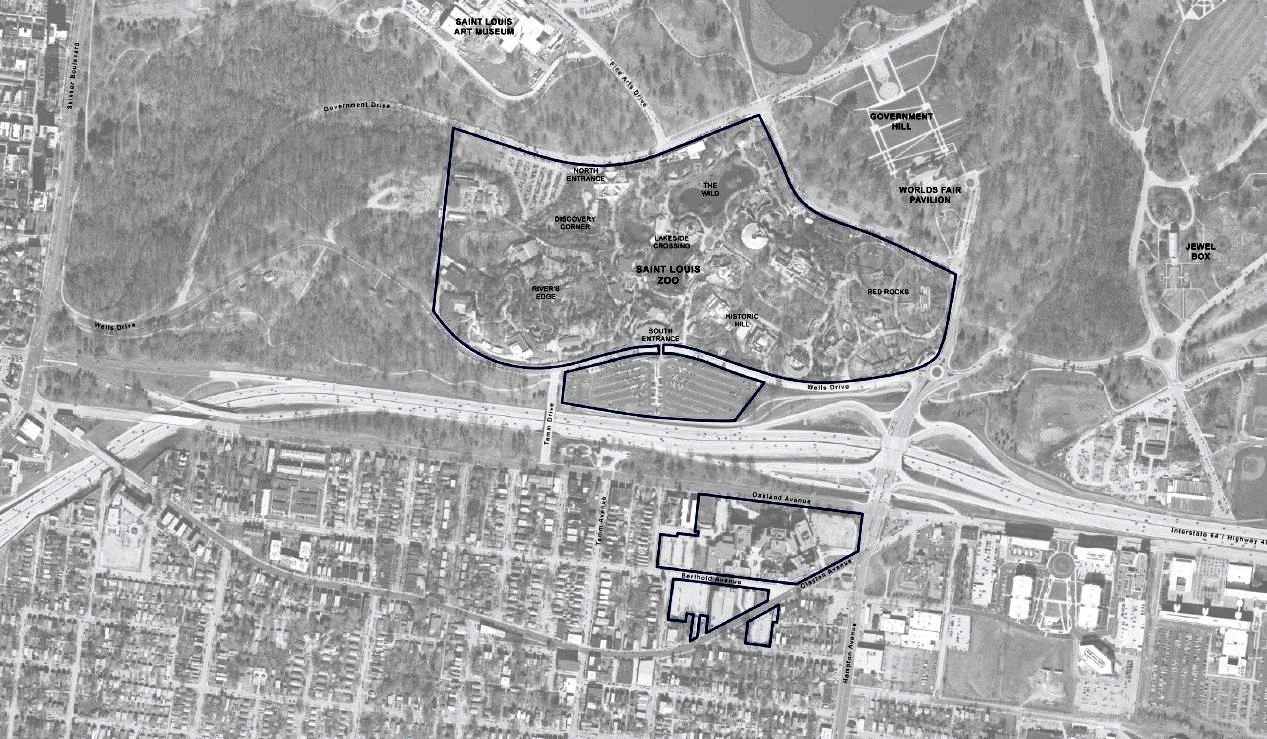 {locked to its boundaries within Forest Park, the Zoo purchased the site south of I-64}

The open house presentation included market research for retail, hotel and residential development. Existing retail is identified along Clayton and Tamm in Dogtown, Hampton Avenue, the Highlands, and Clayton Road west of the park. Average vacancy is stated as 3.2%. The framework identifies up to 55,000 square feet of total retail growth in restaurants, a grocery, visitor-oriented retail and neighborhood-oriented retail. In addition to other retailers, something like a CVS could work well here, providing items for zoo visitors—water, snacks, sunscreen, etc.—and neighborhood residents and office workers alike.

The bigger missed opportunities may be in hotel and residential development. Forest Park lacks a destination hotel. The Chase-Park Plaza is next to the park, but rather far from the main attractions. Possibly the worst pedestrian intersection in the entire city sits between the park and newly remodeled Cheshire Inn, itself quite a ways from the marquee institutions. The Highlands has a Hampton Inn, which may not be a fit for everyone, and hotels at I-44 and Hampton are very disconnected from the park. 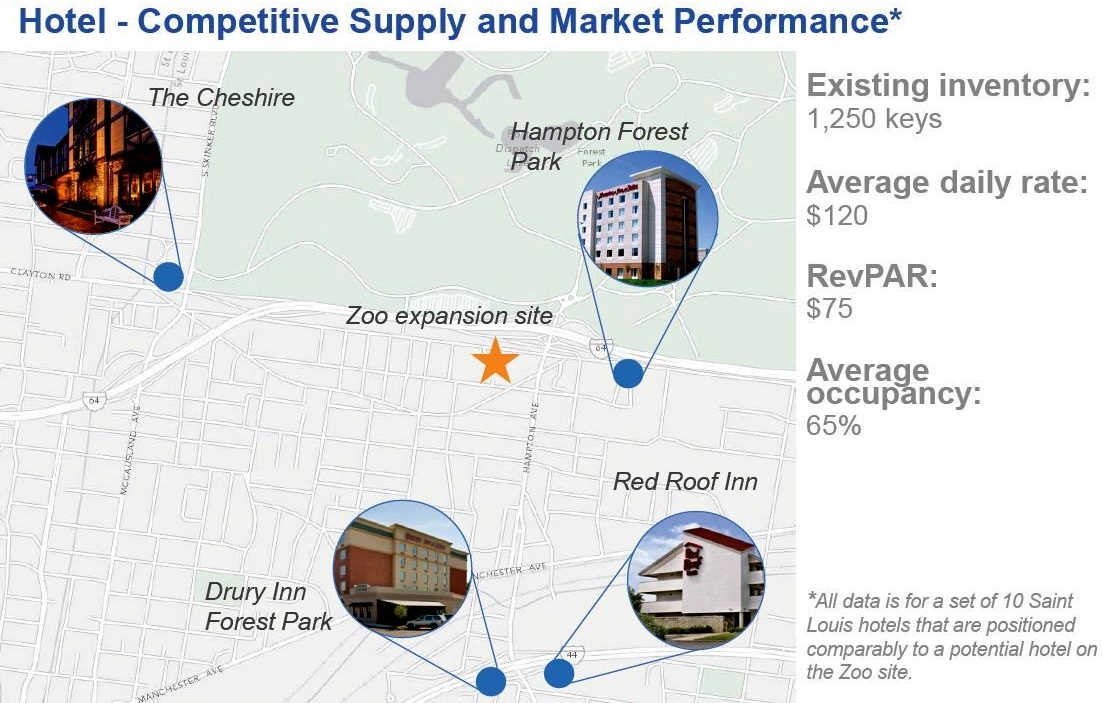 The hotel market study shows 1,250 total rooms for the nearest 10 hotels, with an average daily rate of $120 and average occupancy of 65%. This doesn’t seem to be a booming market, but it’s also akin to comps used by Realtors—counting bathrooms and raw square footage often fails to tell the story. (For the record, I’ve survived a stay in the Red Roof Inn and, ahem, it would not seem to be a direct competitor for a themed hotel at the zoo and overlooking Forest Park.)

Here, the Zoo can create a market. Imagine a family staying at the Zoo Hotel, eating in a Rainforest Café (or something of the sort), taking the gondola to the zoo, walking a bit to the art museum and maybe even making their way to the boat rentals at the Boathouse. Maybe they even get there on the bikes they rented to explore Forest Park. It’s easy to imagine a couple days spent without really leaving the park. None of the other hotels can offer anything similar. If part of the goal is to offer a unique experience, this could be a large part of that. And yet market research is telling the zoo that a hotel of only perhaps 100-150 rooms can be supported. Here is where the positive impact of the aggregated plan needs to be recognized. The expansion won’t exist in the market of today, but instead have a big impact on that market, and possibly even create a new one.

Similarly, the opportunity for residential development seems vastly understated. In the immediate area are 200 units at the Lofts at the Highlands and 278 more units at the under-construction Cortona at Forest Park. There is demand enough to get Cortona financed in 2012. By the time any residential at the zoo site would hit the market, the data will have shifted. If 478 new units are absorbed to 5% vacancy in the span of just a couple years, there is clearly demand for more. The current vacancy rate for eight nearby multi-family projects is 5%. The Zoo concludes that just 45-70 residential units are possible.

What’s most glaring though is the lack of confidence in the potential for office development. The adjacent Highlands is 100% leased. Its 300,000 square feet built and occupied within the last decade. Market research states that rents are comparable to downtown Clayton. Next door a Mercedes dealership is being built. Market research matters, but one also needs to see where the market is going. This part of the city is as hot as any. A lot more confidence in hotel, residential and office development is needed. 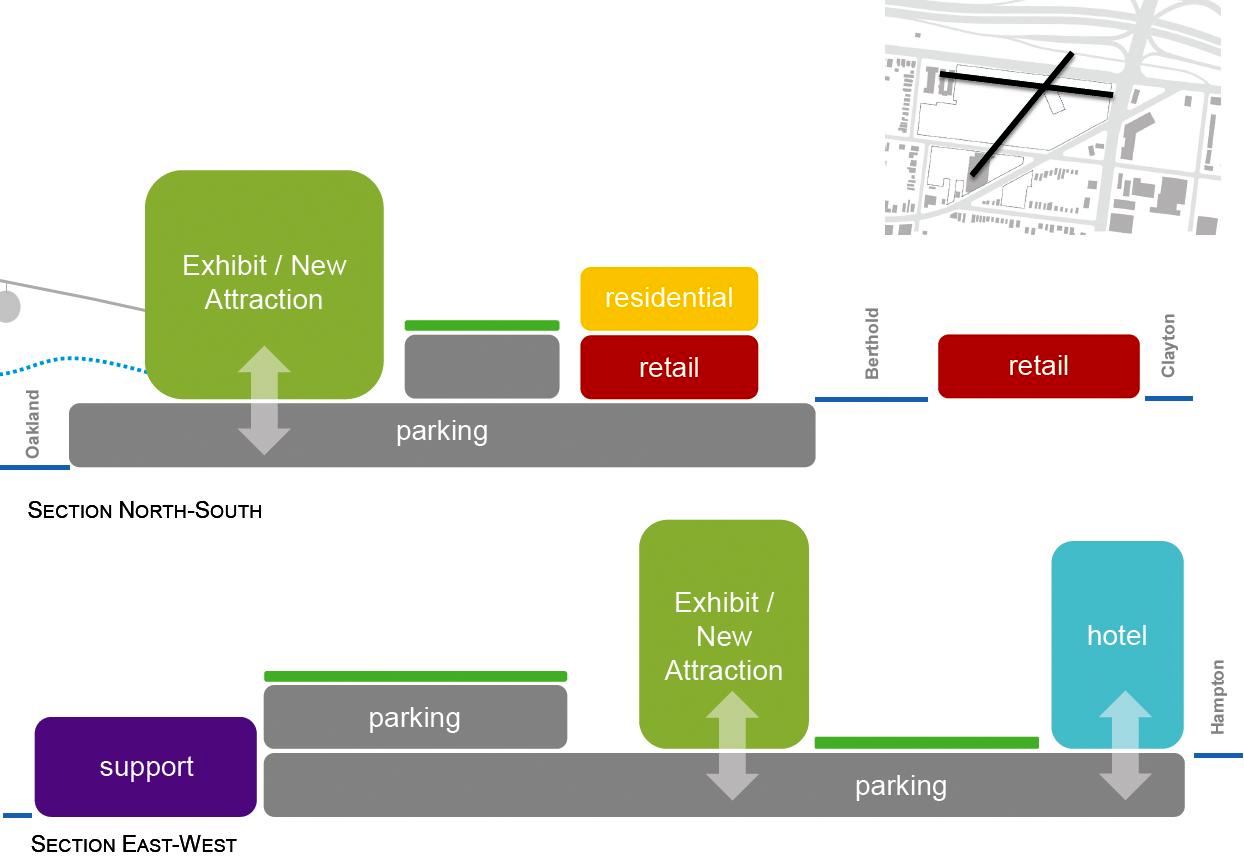 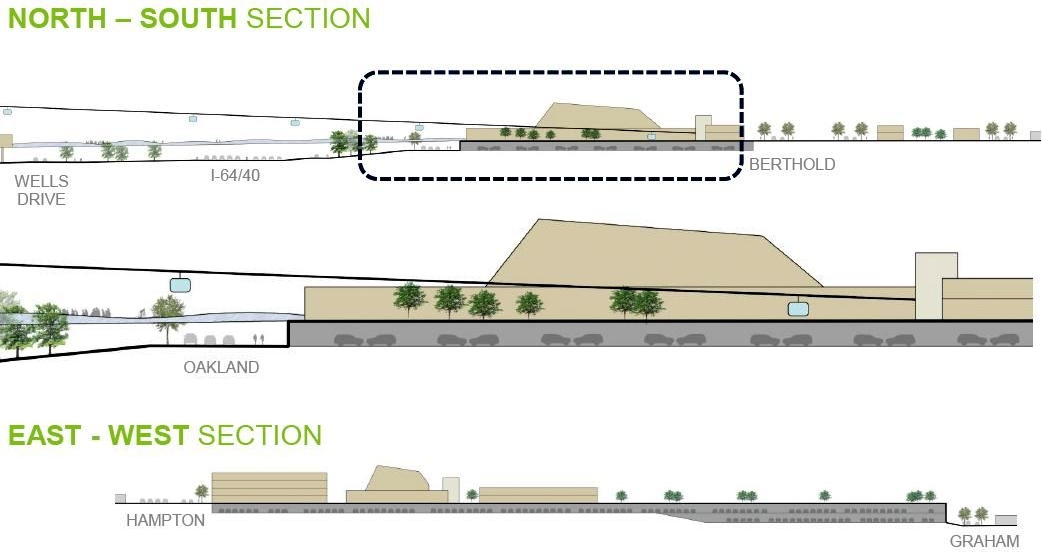 Images of the framework plan provide a lot of specific detail, but there’s a lot to interpret. The hotel would occupy the corner nearest Hampton and I-64. The adjacent rectangular building is retained from the hospital as administrative offices. The large kidney bean shaped building would be a new attraction—the presentation mentioned an exhibit that ranges from birds to aquatic and subterranean animals in one place, something different than a standard aquarium (an oft-requested attraction). The area that appears tiled would be covered parking, at least a 1:1 replacement for the south lot and smaller north lot. It’s estimated that moving nearly all parking outside Forest Park proper would decrease peak traffic by 40% within the park. A new pedestrian bridge (brown) crosses I-64, terminating at an architecturally significant building at the past site of the sea lion show. This building would house a restaurant and function as a new south entrance. The south parking lot becomes new exhibition space—an African Savannah, perhaps. The gondola runs from south of I-64 to outside the maintained north entrance. Wells Drive is relocated adjacent to I-64 and the bicycle and pedestrian path gets a tunnel underneath Tamm Drive. Got it all?

A few questions remain: What would it cost to ride the gondola (a roundtrip on the zoo train is $5)? Does the gondola only deliver visitors into the zoo, or would the north terminus be outside the zoo entrance, better connecting people to the Art Museum and Forest Park? Would there be a cost to visit the new animal attraction south of I-64? Will more robust transit options be offered, maybe a Forest Park BRT connecting the zoo, museums and science center with the Central West End transit station? And lastly, when can we get started?! The framework process to-date is working well and the possibility of the Zoo differentiating itself, Forest Park, and the city as an incomparable attraction and amenity is an exciting possibility. 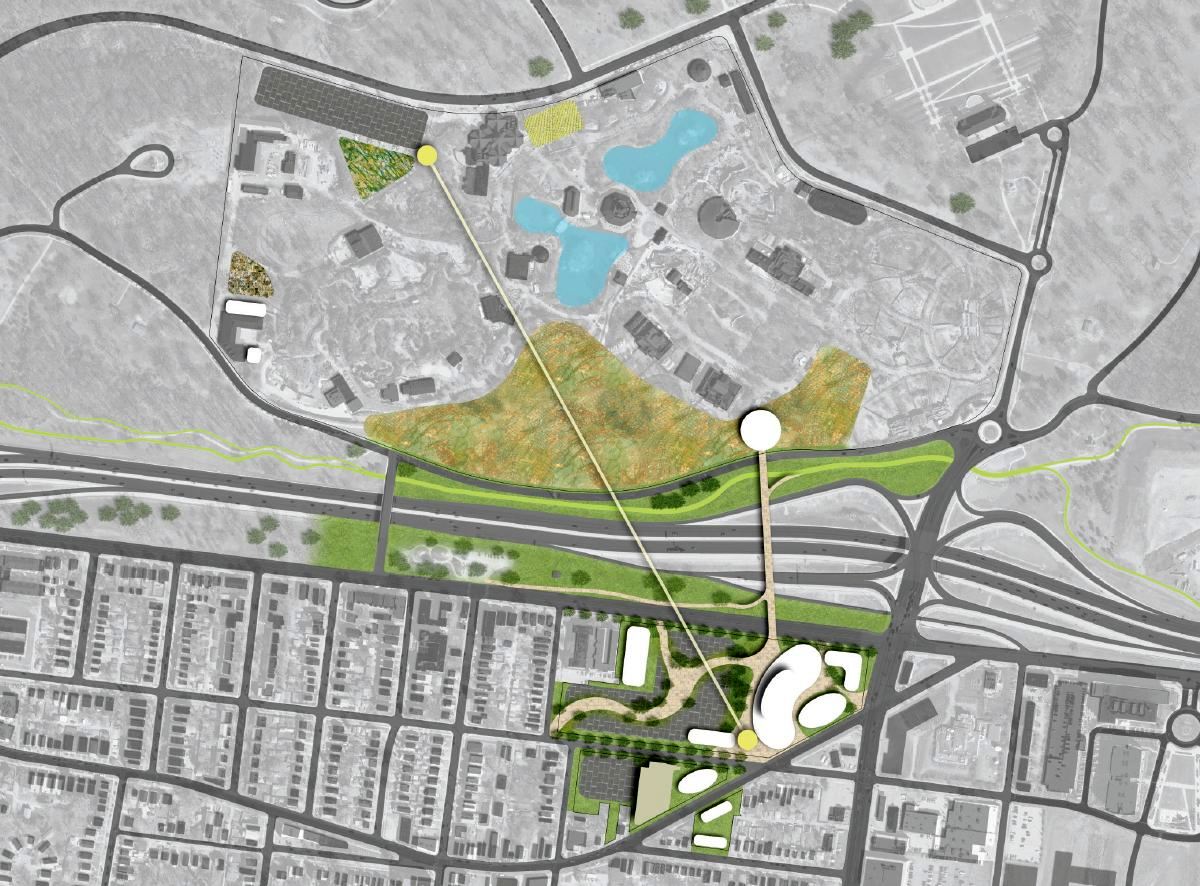 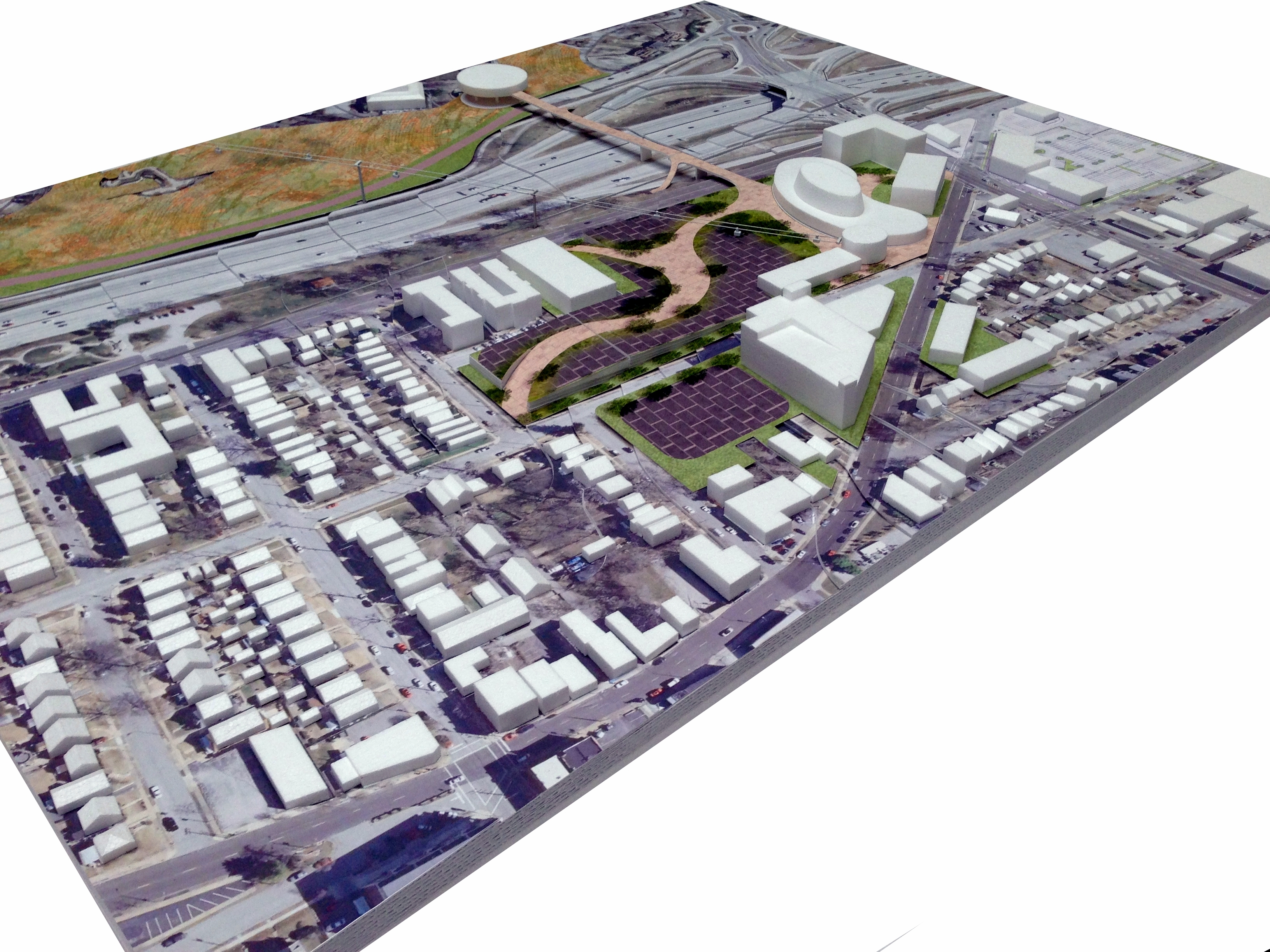