According to WhoLou sources the St. Louis Sports Hall of Fame intends to build a 33,000 sq. ft. facility in the city. The ownership group which includes founder and president of the St. Louis Sports Hall of Fame Greg Marecek has hired local planning, architecture, and interiors firm JEMA as manager for the $20 million project. Marecek is also owner of three sports radio stations in St. Louis including 590 AM KFNS.

JEMA partner John Mueller confirmed WhoLou source information today stating, “We have been meeting with Lodging Hospital Management (LHM) regarding the Union Station location but this deal is in no way complete and there are other potential locations in the area that we also have interest in.” Mueller declined to elaborate on those other locations but said a press conference is scheduled for later today where design renderings for the project will be released. LHM bought Union Station in 2012 for $20 million and recently announced a $25 million plan to renovate the historic complex. 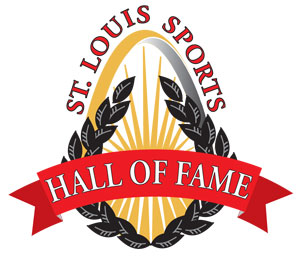 The St Louis Sports Hall of Fame currently has no independent home but features exhibits located throughout Scottrade Center. The exhibit includes sports memorabilia and awards from the Blues, Rams, Cardinals, Browns, and Hawks. Also included are individual sports such as bowling, tennis, auto racing and collegiate sports.

More from the St. Louis Sports Hall of Fame website:

Sports legends often have their place in history: in the record books, in the various Hall of Fames and in the memories of the fans they once captivated.

But now, St. Louis' sports legends have another spot, and this one is a bit closer to home.

The exhibits can be viewed by all Scottrade Center event-goers on the Plaza Level Concourse. Exhibits include sports memorabilia and awards from the Blues, Rams, Cardinals, Browns and Hawks. Also included are individual sports such as bowling, tennis, auto racing and collegiate sports.

“I owe my career and everything I have to St. Louis,” said Federko, who also is a member of the Hockey Hall of Fame. Federko played in 1,000 career NHL games, scoring 369 goals and 761 assists for 1,130 points.  “Thanks to St. Louis and those that came to support us and gave me an opportunity to do what I do best. I’ll forever be indebted to city St. Louis and being part of the St. Louis Sports Hall of Fame is really special.”