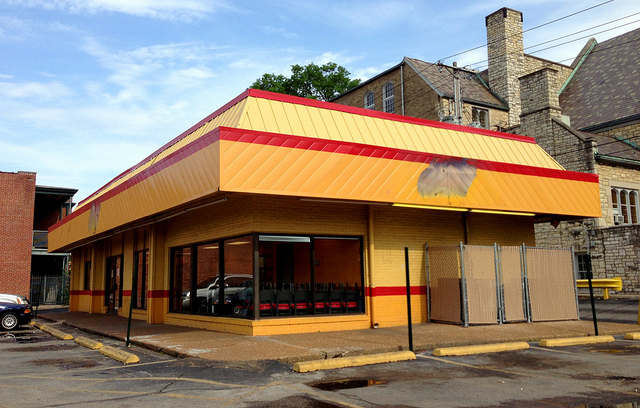 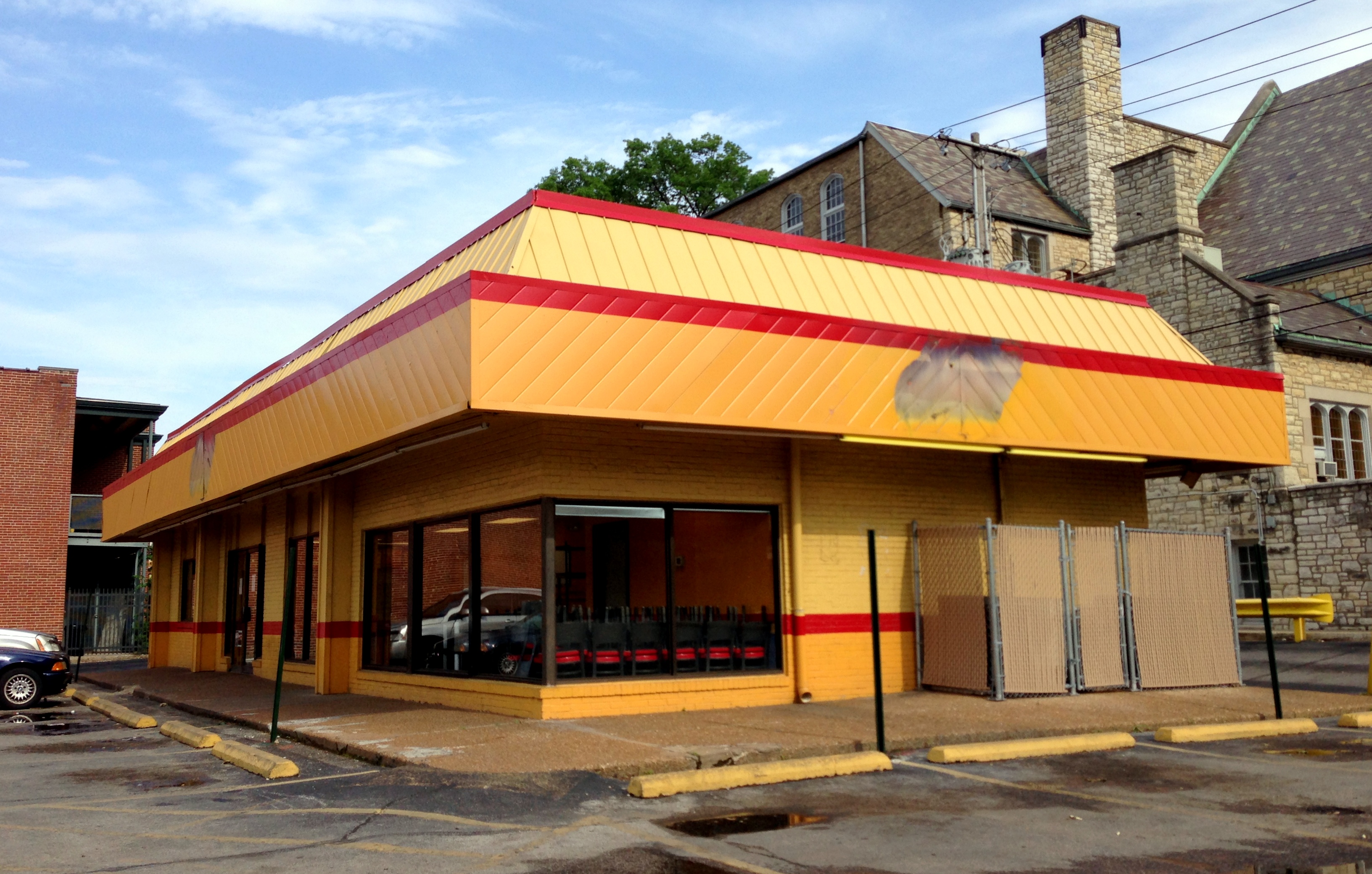 It had become an urban legend that the Church’s Chicken at Delmar and Skinker in The Loop would anchor the southeast corner in perpetuity. The story went that the location was the top selling of any Church’s in the city. It was said that Joe Edwards, the unofficial mayor of The Loop, and owner of Blueberry Hill, the Moonrise, Pageant, etc., had tried to acquire it, that Washington University wanted to see it developed. That it was still there was proof it would always be there. Then it wasn’t.

Yesterday, I stopped by after a post on the nextSTL forum said the restaurant was being dismantled. The person loading kitchen equipment into a moving truck pointed a sign in the window that stated the location was permanently closed, thanked customers for their business and asked that they visit other locations. The city website showed no sale of the property. There were no permits listed for interior alterations, demolition, or anything else.

The latest word is that Church’s bought out of their lease early. The building’s owners now have time to come up with a redevelopment plan. The intersection has long been the target of redevelopment by the aforementioned Loop interests. A recent retail study speculatively showed the Church’s and the opposite gas station redeveloped with mixed-use infill. While there doesn’t appear to be a plan in place for the corner, there will be pressure and opportunity to do something more urban than the 1970 fast food restaurant.

{vision for a new Delmar/Skinker intersection} 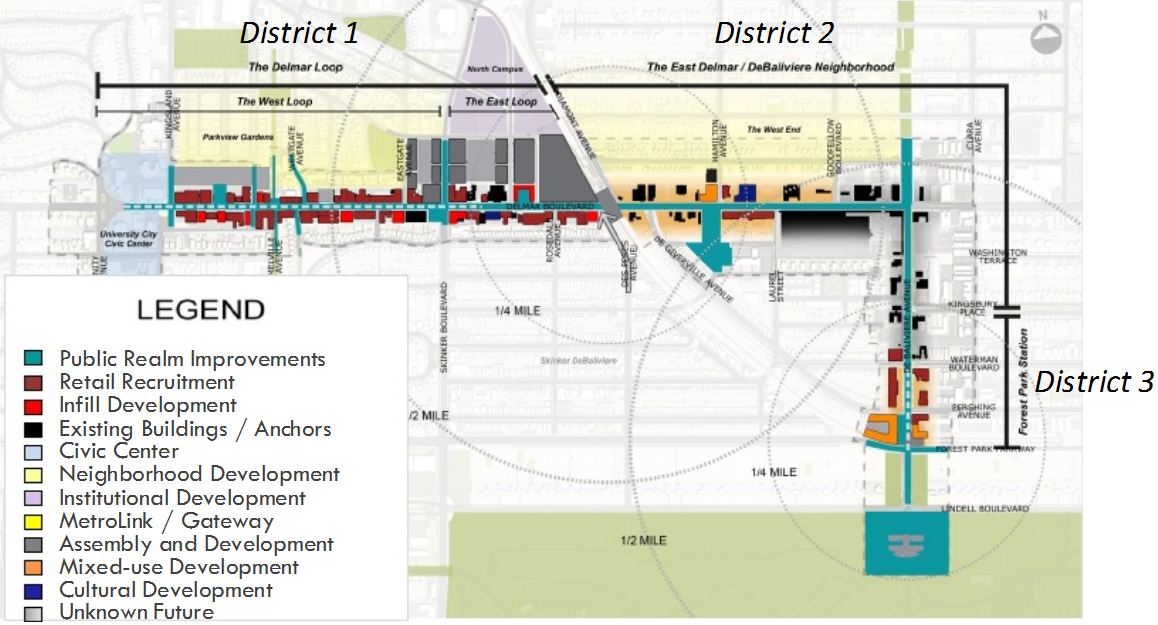