At least for a day, St. Louis was the center of soccer in the U.S. as 48,628 fans watched Manchester City reverse an 0-3 deficit to earn a 4-3 victory over Chelsea at Busch Stadium last night. It was the largest crowd to see a sporting event in the stadium's short history. The friendly drew praise locally and in Europe, where match reports cited "iconic" Busch Stadium and noted tickets for the match were gone in just 20 minutes.

European news reports placed the match in the "American Midwest" – that sounds like a label St. Louis could own. Chicago is itself, identifiable as a monolith. St. Louis however, can own the Midwest. Kansas City, Columbus, someplace else? Not so much. St. Louis is larger, has more history, and more soccer history.

So what will it take to bring an MLS team to St. Louis? An owner. A franchise can seem relatively cheap, the average value of a team in the league is just $37M (thought starting a new team can be much more expensive). The average NBA franchise? $509M. But an MLS owner, it is assumed, also needs to be able to carry financial loses as the league continues to grow and mature.

In St. Louis, it is assumed, Stan Kroenke is that owner. He purchased the MLS Colorado Rapids in 2004 and his Kroenke Sports Enterprises also owns the NHL's Colorado Avalanche and NBA's Denver Nuggets. Kroenke became owner of the St. Louis Rams in 2010 and is currently negotiating the team's future home with the St. Louis Convention and Visitors Commission (CVC), owners of the Edward Jones Dome. Kroenke is also the majority owner (66.82%) of Arsenal F.C. of the English Premiere League.

Chelsea and Manchester City's other match in the U.S. is in New York, where City just announced a partnership with the New York Yankees to buy an MLS team for roughly $100M. The team would be the second in New York and likely play in Yankee Stadium until a soccer-specific venue is built. Setting the stage for this week's announcement, MLS began scouting sites in New York, hiring Icon Venue Group as stadium architect consultants more than two years ago.

nextSTL was first report that Icon Venue Group was also actively scouting MLS stadium locations in downtown St. Louis. An intitial study shoe-horned a 20,000 seat soccer-specific stadium in between the Union Station train shed and I-64. A portion of that one site now appears to be set to become home to the St. Louis Sports Hall of Fame. Union Station is owned by Lodging Hospitality Management (LHM) and Bob O'Loughlin. O'Loughlin is Chairman of the Board at the CVC. LHM has reportedly been in talks with Kroenke's THF Realty regarding reenvisioning Union Station. 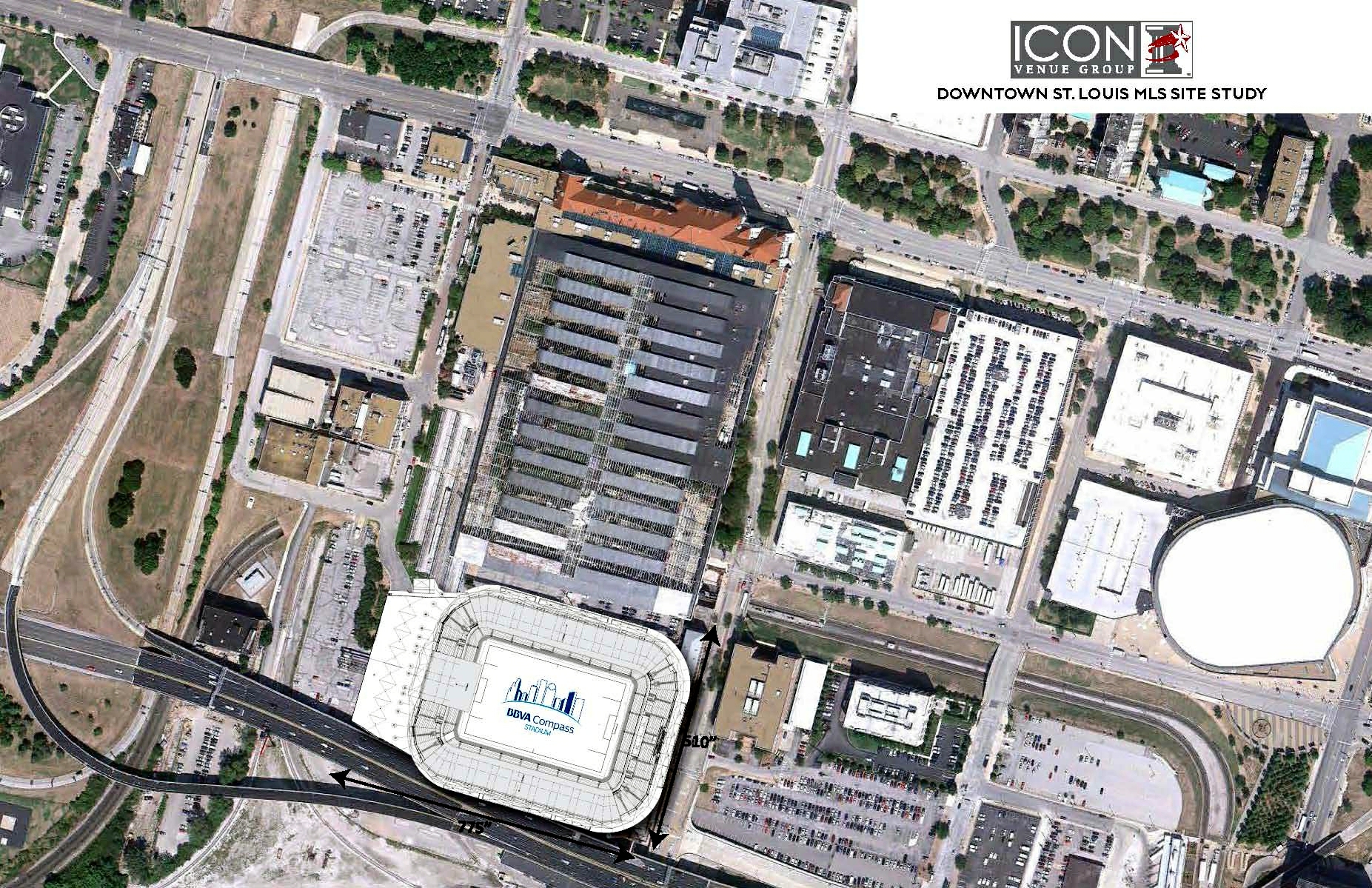 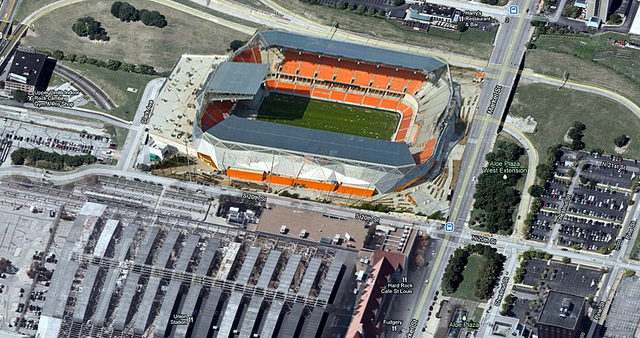