What's wrong with Clayton? It's a great question, largely because many people find it absurd. It's one of the success stories of St. Louis County, right? There are new high-rises, million dollar plus condos and homes, the schools are highly rated…but everyplace has problems and for Clayton, the symptoms have become apparent to many: vacant retail space, dead sidewalks and empty lots.

It's a strange problem. in 2011 Forsyth Boulevard in Clayton was recognized as the 30th most expensive average office rent per square foot in the nation. That sounds healthy. Now the city has been recognized for its Complete Streets legislation. But visit Clayton after 6:00 p.m., after cars have emptied out of the dedicated parking garages and left behind the ubiquitous four-lane streets for a highway commute, and you will begin to glimpse the issue.

{expensive rents can be found on Forsyth, but raised plazas, curb cuts and four lanes of traffic make retail success elusive – the culinary phenomena of Pastaria and Niche are the sole tenants of the retail space at left – more than 13,000 square feet remain empty two years after completion}

Very few streets in Clayton are fronted by commercial activity on both sides. While the regular street grid offers the prospect of a walkable city, the majority of city "streets" are in reality 4-5 lane roads. These streets act primarily as feeders for commuting traffic moving in and out of town on Forest Park Parkway to I-170 and to I-64 via Hanley and Brentwood. So what's wrong with Clayton? It's a bad pedestrian experience. Crossing four or five lanes of traffic isn't fun. Narrow sidewalks and fast traffic discourage strolling. Passing blank walls, elevated plazas and surface parking lots is uninviting.

{likely considered the most successful commercial block in Clayton, a failed hotel project has left vacancies and four lanes of traffic leave sidewalks too narrow for pedestrians and practical dining} 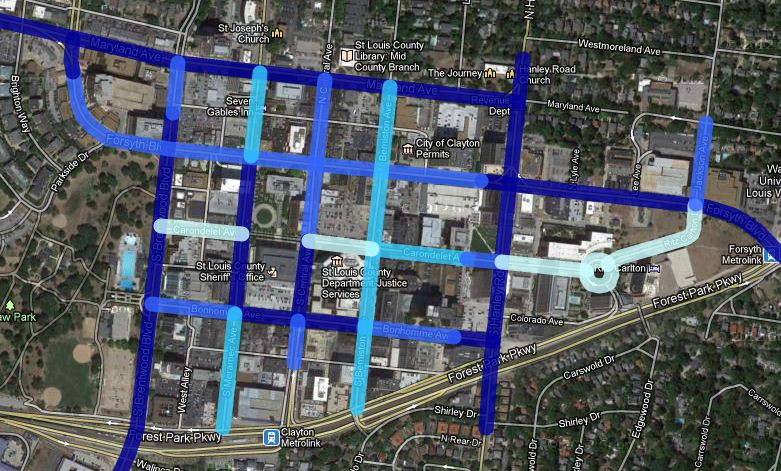 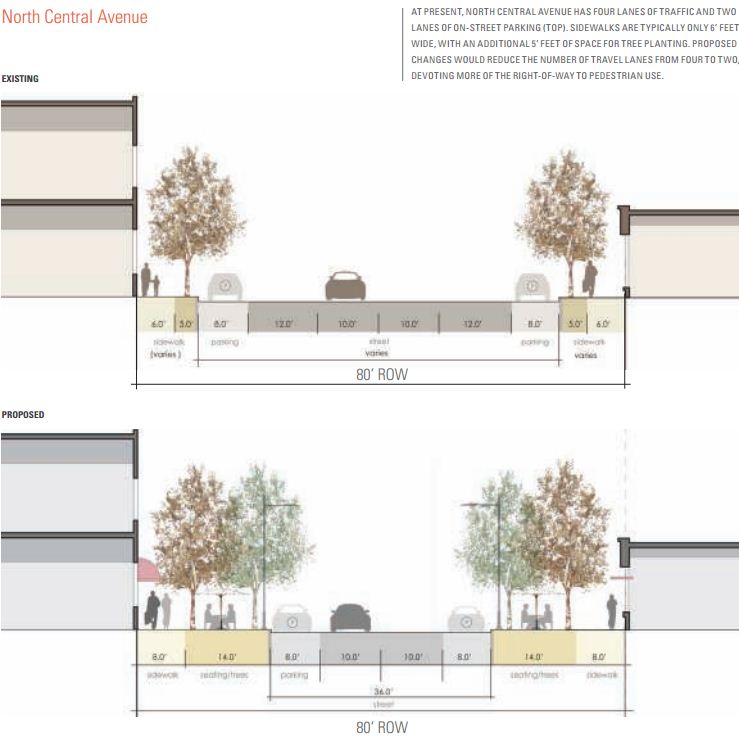 Despite local angst, Clayton has recently made the list of cities with the best Complete Streets policies. Great Streets principles include: pedestrian infrastructure, traffic calming measures, bicycle accomodations, mass transit accomodations. The legislation states, "the City will consider such transportation improvements, facilities and amenities where such are practicable and economically feasible during the construction, reconstruction or other changes of transportation facilities on streets and redevelopment projects." In case you missed it, the key is "where such are practicable and economically feasible". There are as many defintions for these terms as there are people in Clayton.

Clayton has also earned a reputation for being less than friendly to non-traditional commercial efforts. Food trucks aren't allowed and one retailer complained recently to the St. Louis Business Journal that setting out a rack of items, even high end items selling for $300-400 will earn a business a fine. In a real sense, the problem(s) with Clayton seem extraordinarily obvious. Perhaps if the city is looking for answers, they could commission a nextSTL blog post before forking over a reported $215,000 for a study. 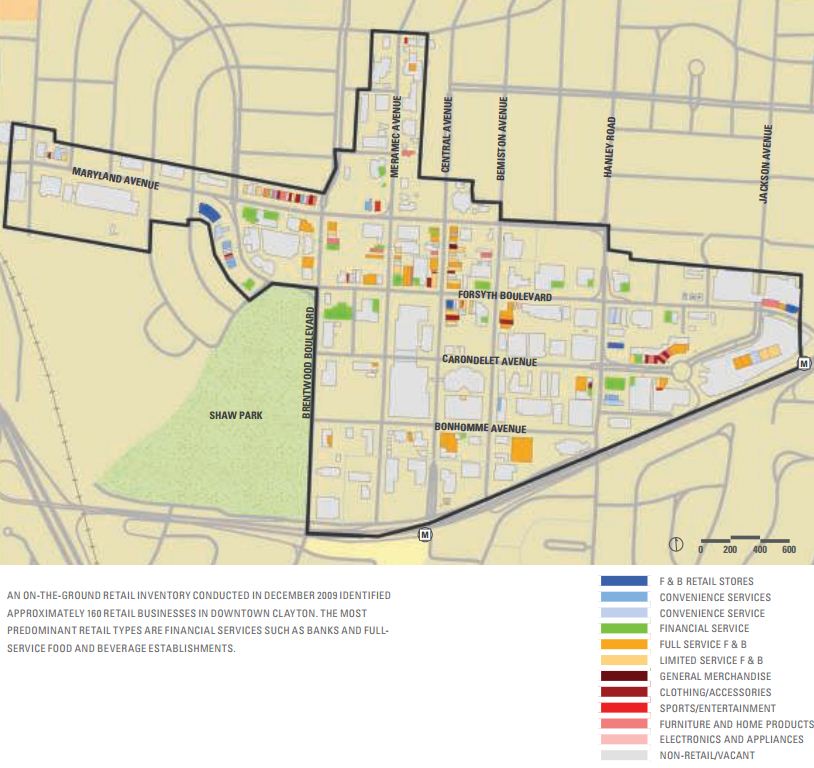 What did Sasaki find? Not that a lack of parking is holding Clayton back, but rather the lack of human-scaled development is to fault. Basically the presence of wealth in Clayton has led to the assumption that retail will simply flourish in a sea of money. What the city ignores is that no one wants to walk there, no one enjoys exploring Clayton only to experience a place that heavily prioritizes car traffic and greets pedestrians with blank walls, raised plazas and dead corners. Yet nothing mentioned above will prevent businesses from blaming parking for their woes. Salons, boutiques, restaurants all moan about a lack of parking. Simply put, a successful commerical district will always have parking issues. In Yogi terms, "it's too crowded, nobody goes there anymore." 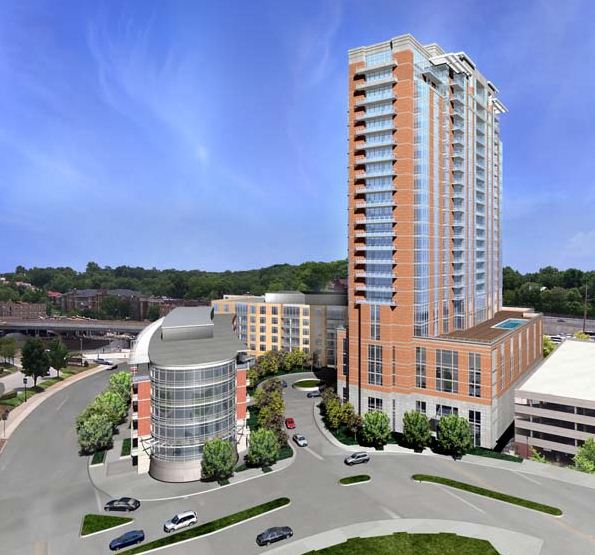 {rendering of past proposal Trianon condos at Forsyth and Carondelet}

{this proposal for a Westin Hotel at Maryland and Central failed, the commerical space remains vacant}