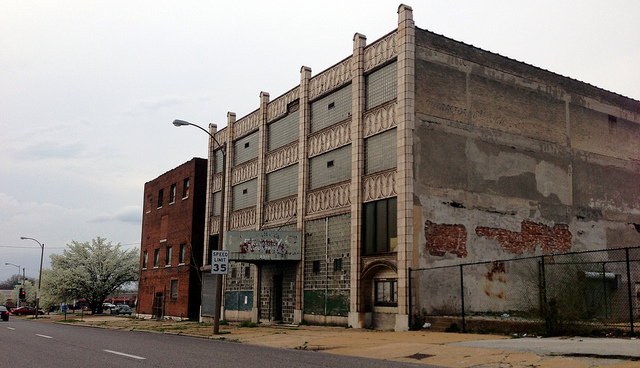 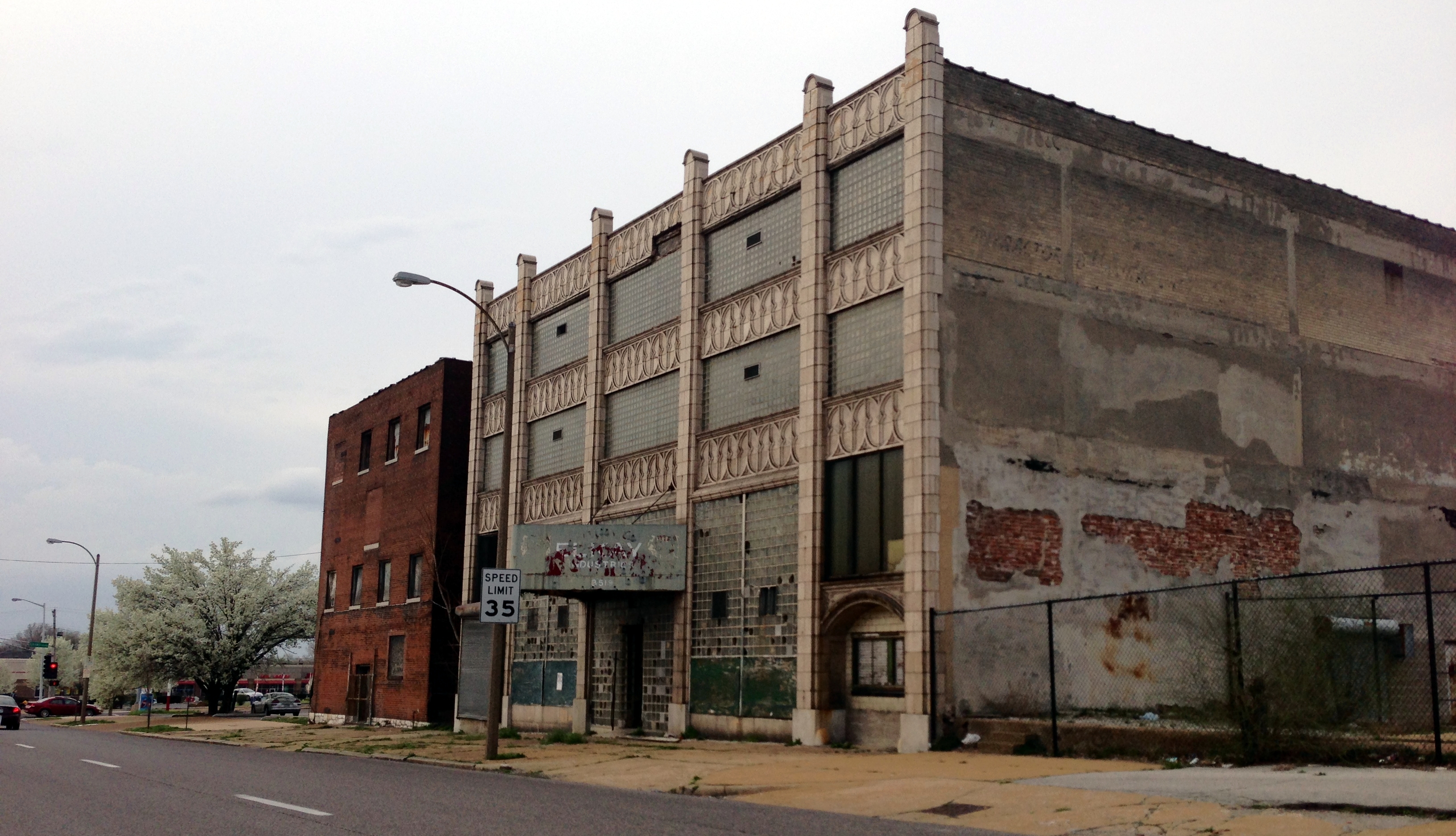 Will this be NorthSide’s first historic renovation? While the entire project seemed to be in a holding pattern for the past couple years, Paul McKee’s plan to reimagine 1,500 acres of the city chugged along. We learned Tuesday that the project’s $390M TIF is alive and landscape architecture guru Mark Johnson of Civitas had remained connected to NorthSide.

Now we’ve learned that McKee has successfully added the ABC Auto Sales and Investment Company Building at 3509-27 Page Boulevard to the National Register of Historic Places. While the designation doesn’t confer special protection for the building, it does allow the owner the opportunity to access historic tax credits for renovation. The nomination form states “The new owner anticipates a full historic rehabilitation and adaptive reuse of the building.” 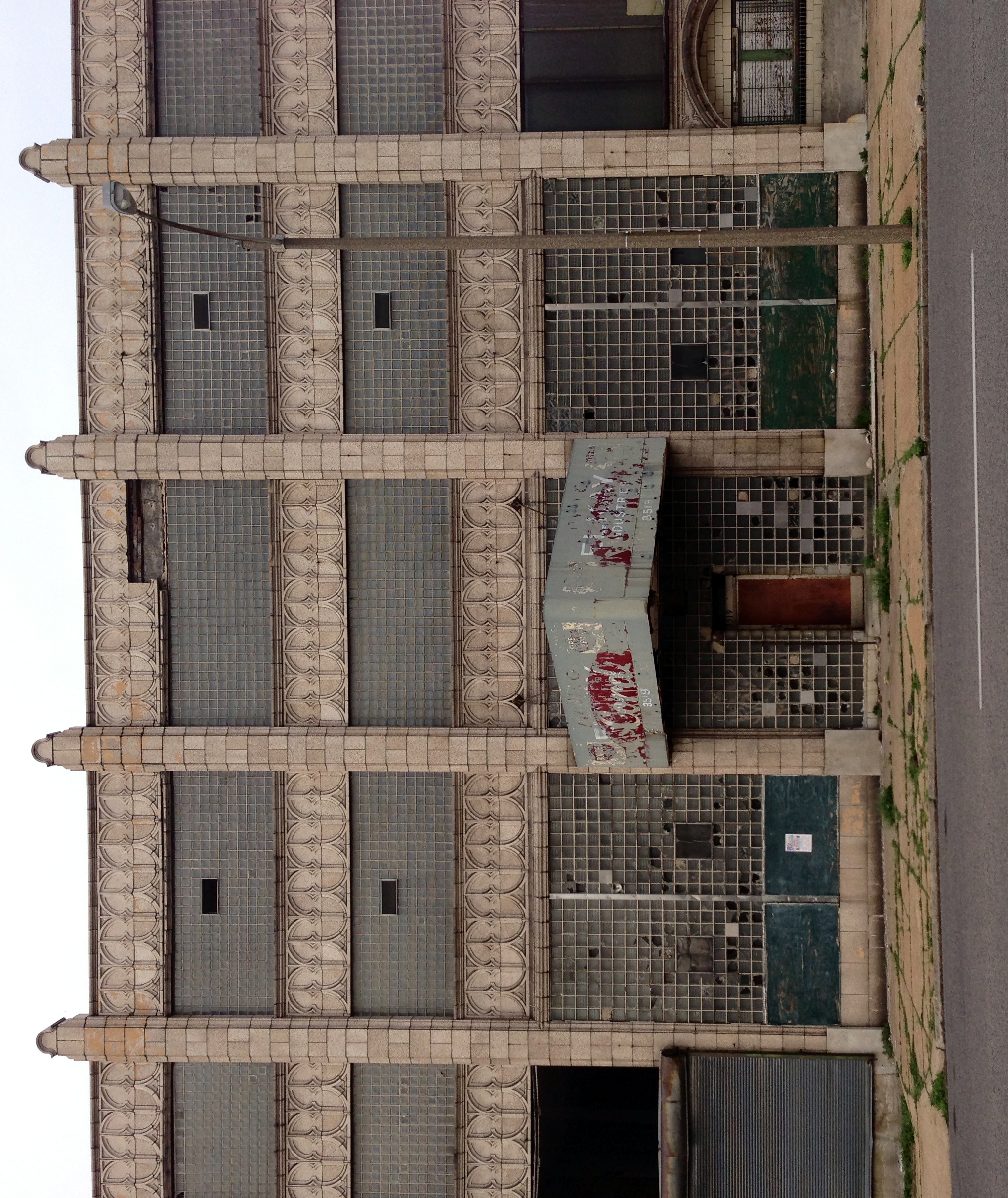 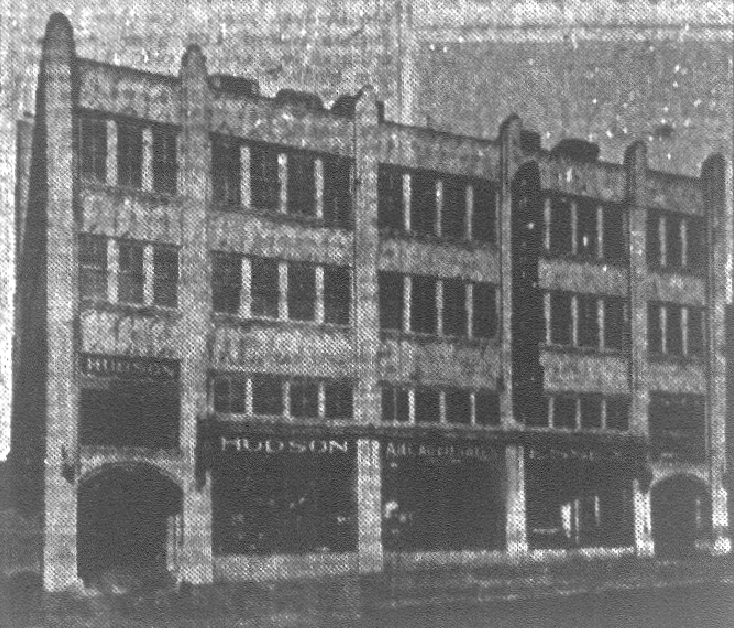 Located on the far western edge of the NorthSide Regeneration development area, the building was purchased by McKee in 2007 under the name Dodier Investors LLC. According to city records, the building has been vacant since at least 1989. The building retains nearly all of its original features, including an automobile elevator shaft with access to the concrete roof once used to store cars. 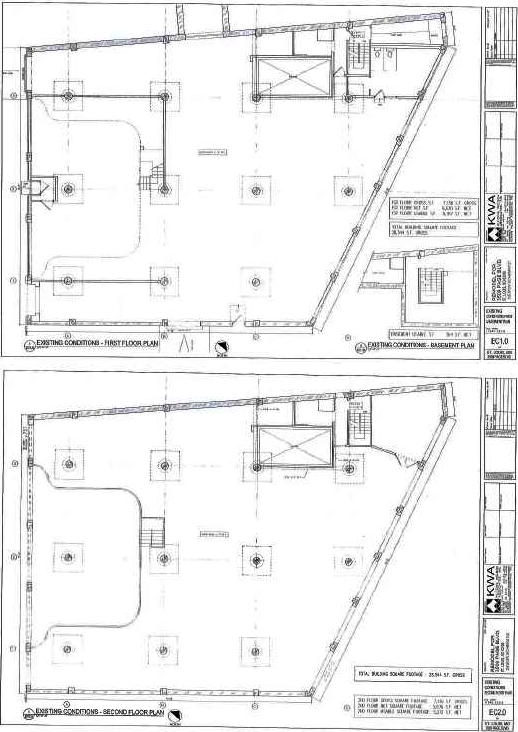 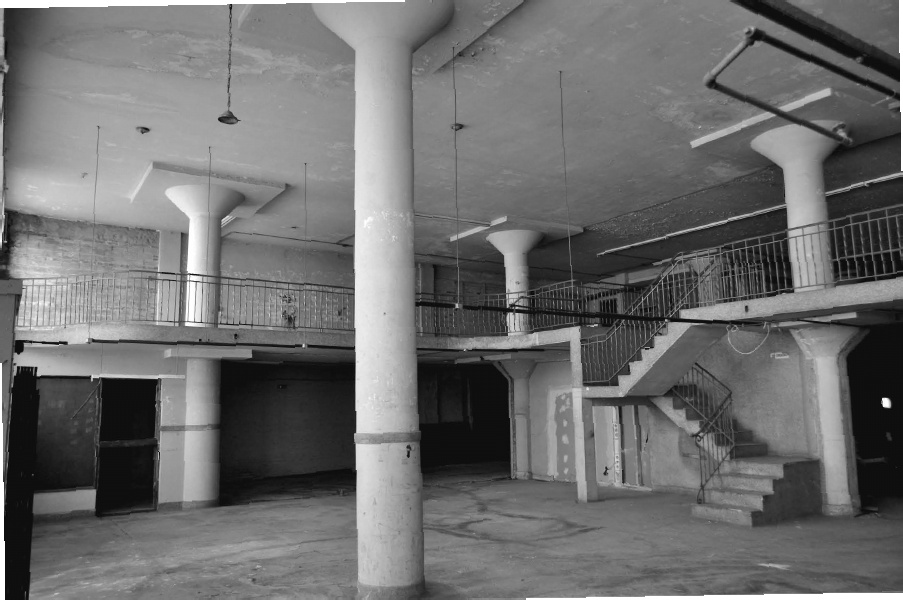 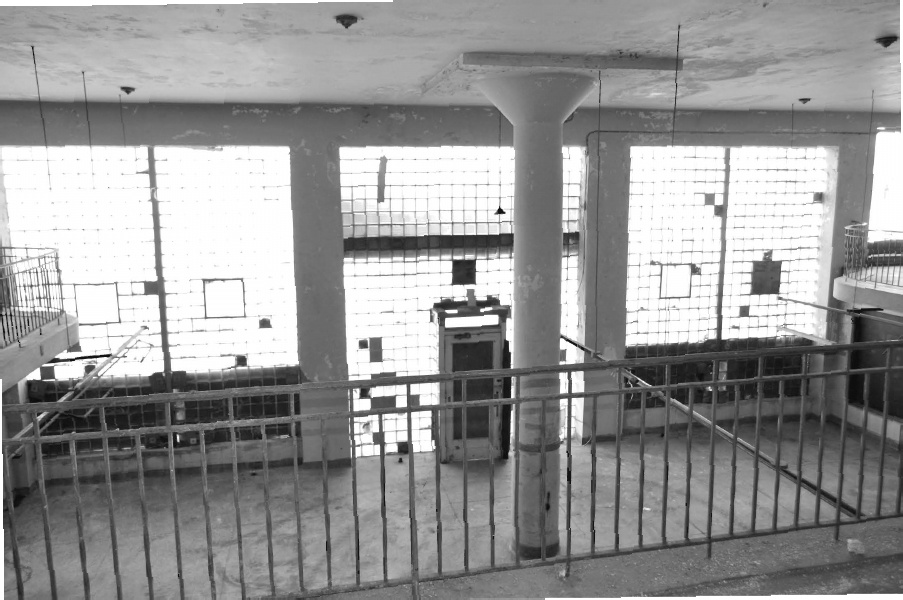 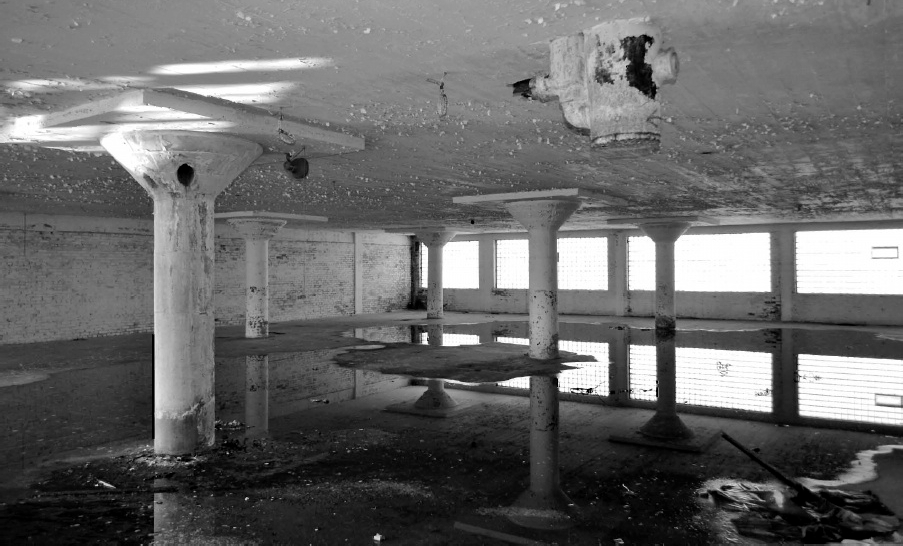 In January, nextSTL was first to report that NorthSide’s first move toward retail development would be a Dollar General at Grand and Cass, just three blocks north of the ABC building. The news was underwhelming and it seemed that NorthSide could be defined by such developments. The project’s component image remains unclear, but plans to restore the ABC building would represent a more context sensitive approach to development.

And yet a list of properties to be preserved and rehabbed as required by the city’s redevelopment agreement has never materialized. There was talk of 70 or more “legacy” properties identified by NorthSide to preserve, but that list has never been made public. At the top of any list would be the Clemens Mansion. A $6M building permit to renovate the complex expired a year ago this month after two years of inaction. Only time will tell if the recent court decision jumpstarts work on the Cass Avenue landmark. 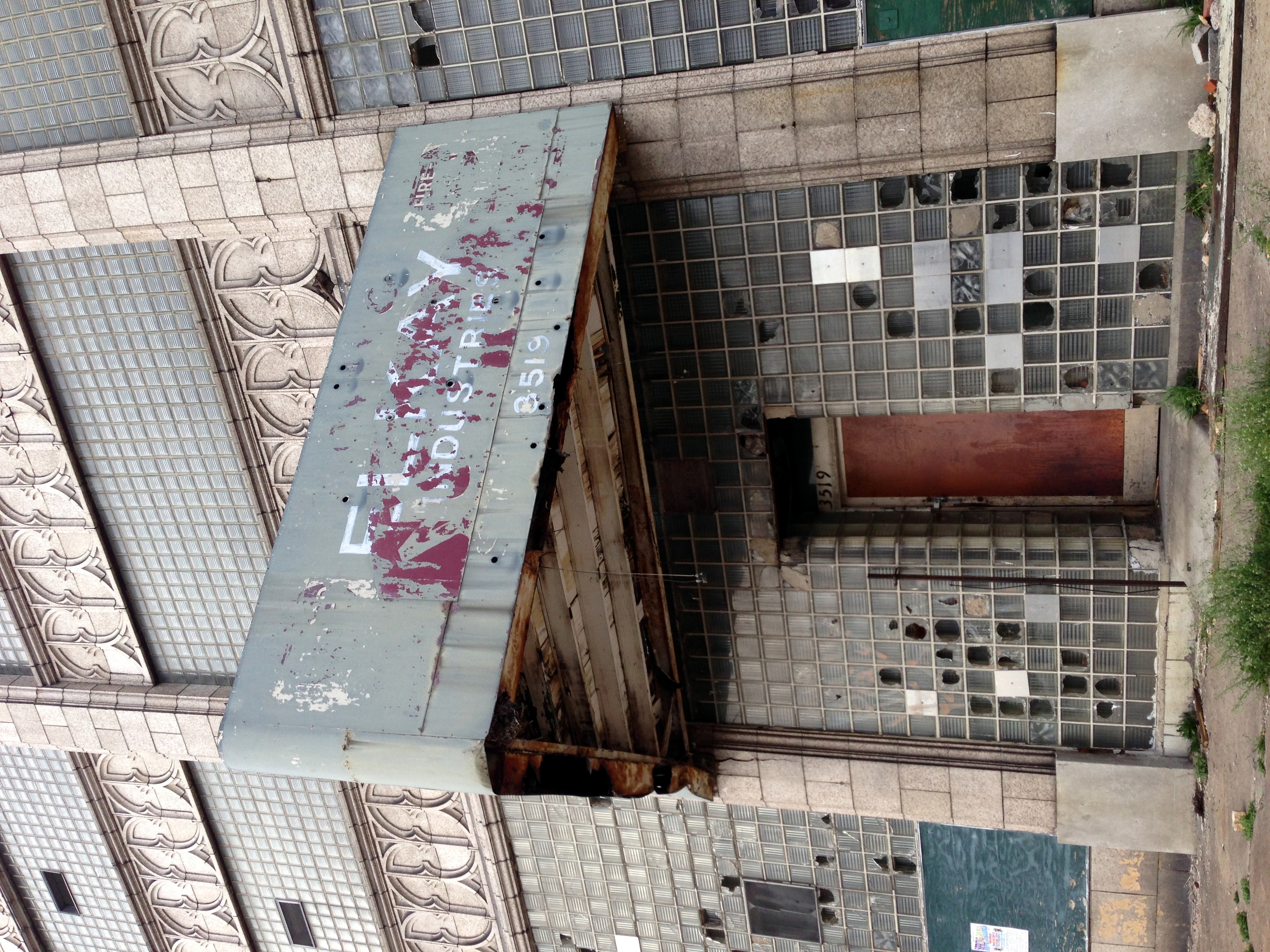 The ABC building narrative from the National Register of Historic Places nomination form:

The building is significant for its role as an automobile distributorship originally designed and built for the ABC Auto Sales & Investment Company in 1927. The building was designed by prominent architect David R. Harrison and constructed by his firm the Harrison & Kopman Construction Company as a St. Louis distributorship for the Hudson-Essex automobile at a time when Hudson and its Essex line were approaching peak production.

Although the building’s appearance results from its purpose as an automobile dealership, that first phase of its life was brief, lasting only from 1927 to 1935. The building was then used by a moving and storage company through the 1960s.

The Hudson Motor Car Company of Detroit, Michigan began automobile production in1909 and by 1954 it had merged with Nash-Kelvinator Corporation to form American Motors. In 1919 the company first announced the Essex line of automobiles. Designed to compete with the two industry giants, Ford and Chevrolet, Hudson’s Essex was one of the company’s first affordable sedans available on the market. In fact, combined Hudson and Essex sales moved from seventh in the United States to third by 1925. At the peak of production in 1929, Hudson and Essex produced a total of 300,000 cars in one year.

The “auto row” type of building in St. Louis can be found as early as 1910, but more likely to date from the 1920s and the style was no longer constructed after 1929. The majority of these remaining building types today are located along Locust Street between Grand Avenue and Eighteenth Street in the city’s Midtown and Covenant Blu/Grand Center neighborhoods.

The building retains all of its original, highly-ornamental terra cotta cladding at its primary elevation. In addition, the building retains its primary garage bays, open floor plans, freight elevator that rises to a concrete roof, exposed concrete mushroom columns and flooring. The original terrazzo-accented mezzanine overlooks the primary showroom at street level. 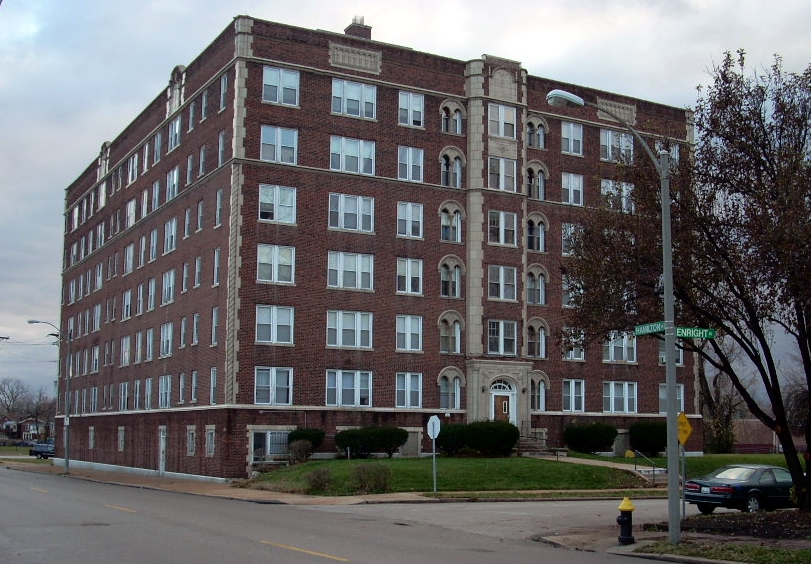 {the Gotham building on Enright by architect David R. Harrison} 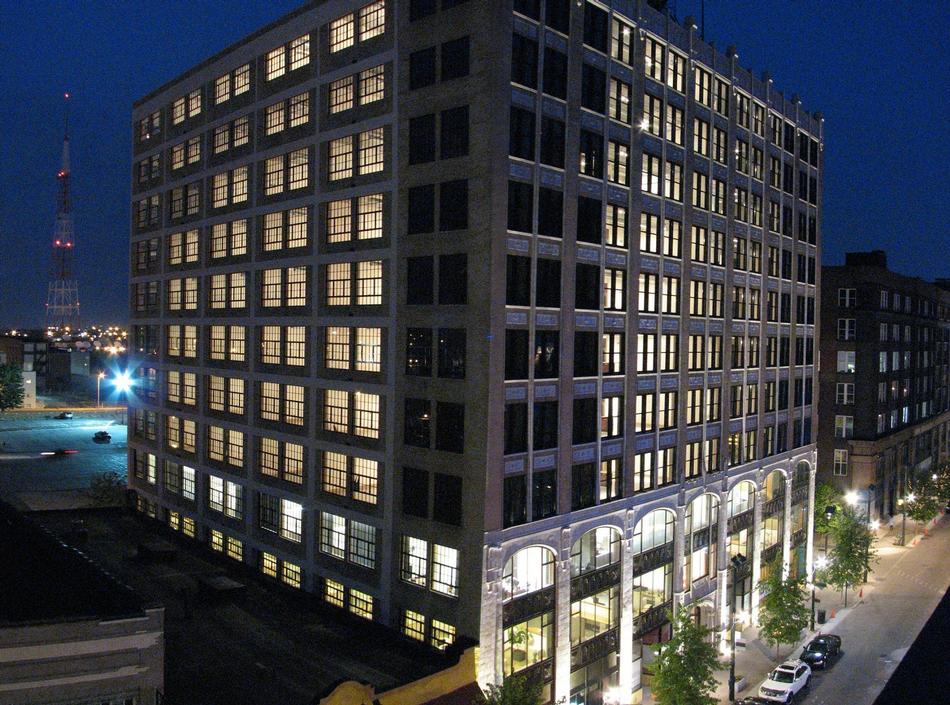