The English Premier League is coming to Busch Stadium for a May exhibition match. The Post-Dispatch has a nice write-up on the history of professional and American soccer in St. Louis. Matches were long played in the old Busch Stadium as it was built to accomodate baseball and football and so could rather easily squeeze in a soccer field. The Busch stadium field will be just short of regulation size, but close enough for a non-league match. Tickets go on sale April 2 at 10am.

Manchester City won its first Premier League title in 34 years this past season. Chelsea finished 6th in the 20-team league. This season Manchester City and Chelsea are second and third, respectively, behind Manchester United. While there may be no connection, one can imagine substantial fan support could bode well for the city gaining an MLS team in the future. Soccer at Union Station, anyone? 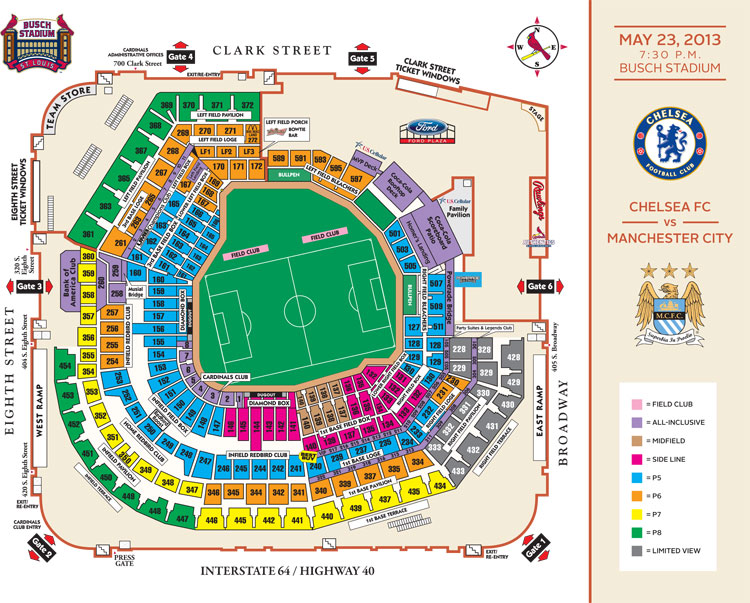 Highlights from Manchester City's 2-0 win over Chelsea this past month: