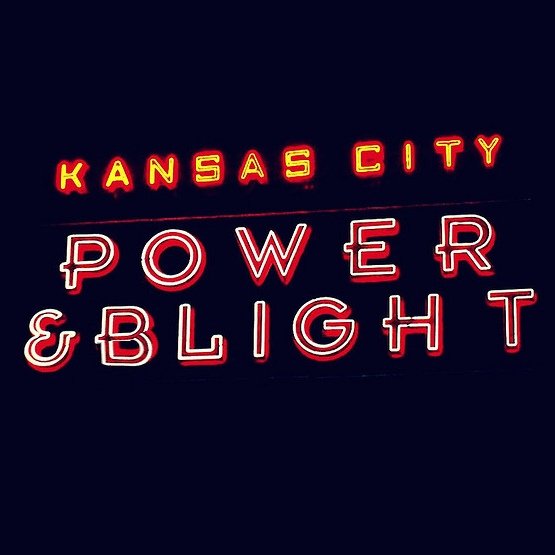 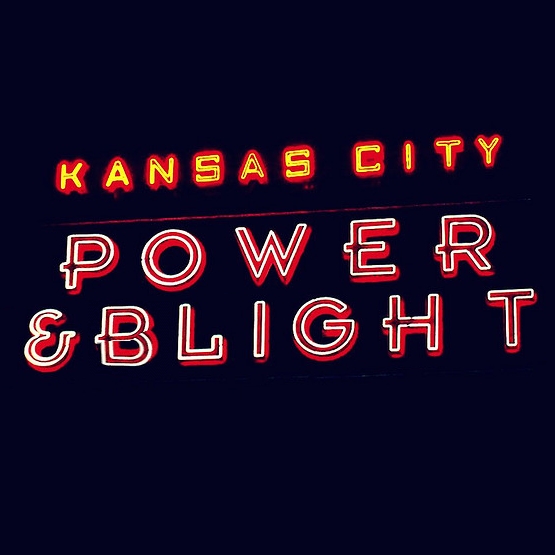 When the City of St. Louis finds it advantageous to offer Tax Increment Financing for projects large and small, it employs the label of “blight”. What is blight? The legal definition in Missouri is: “That portion of the city within which the legislative authority of such city determines that by reason of age, obsolescence, inadequate or outmoded design or physical deterioration have become economic and social liabilities, and that such conditions are conducive to ill health, transmission of disease, crime or inability to pay reasonable taxes.”

Having spent several days in Kansas City, I offer this argument to blight and redevelop the Power & Light district. The dress code, the $300M in local subsidies, and concentration of chain bars and restaurants are social and economic liabilities and conditions at P&L clearly are conducive to ill health, transmission of disease and crime. Given subsidies, it’s likely that the district is also not paying “reasonable” taxes. 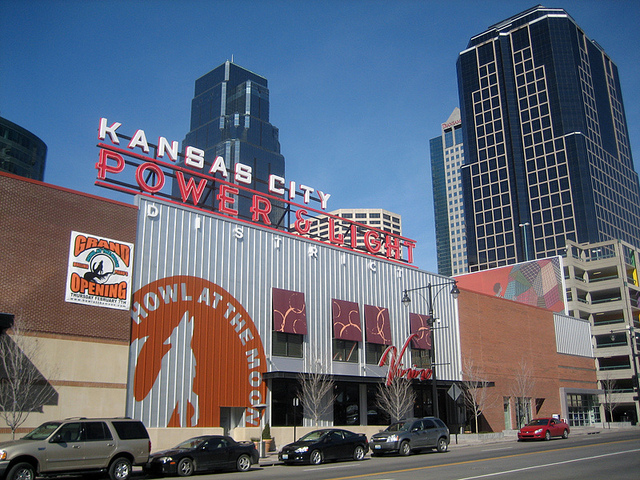 {Howl at the Moon is conducive to ill health, low morals, and the transmission of disease}

This is clearly a little tongue-in-cheek, but means to bring to light the abuse of “blight” and the failure of large entertainment projects to tie together a city, invest in the local community and positively impact the civic life of the community. P&L does none of this. The district simply moves money spent by residents to large national chains, separates this activity to a purpose-built district and homogenizes the city.

To bring this to St. Louis, P&L developer Cordish once had very big and very similar plans for Ballpark Village. The center-city single developer entertainment district model should be passé. Its time has passed. It’s an outmoded design. That model doesn’t revive a city. With the groundbreaking of Ballpark Village, a two-block $100M development that will include a Cardinals Hall-of-Fame and a Budweiser bar and restaurant, there is some hope in St. Louis. There’s hope that the remaining four blocks may not resemble its start. 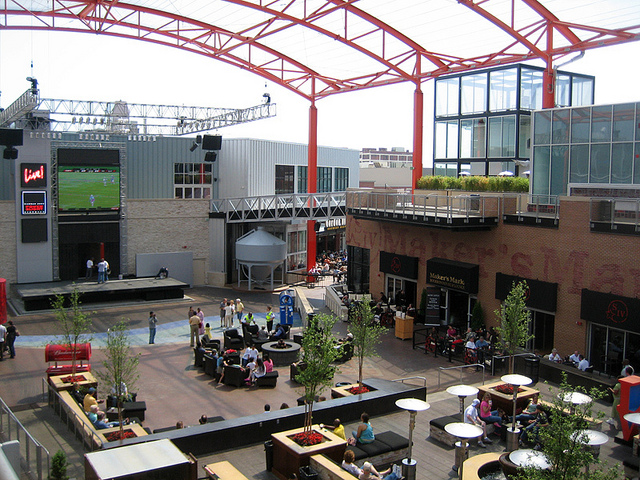 But that’s St. Louis. In Kansas City P&L could and should be blighted:

AN ORDINANCE AFFIRMING ADOPTION OF A REDEVELOPMENT PLAN FOR POWER & LIGHT; AND PRESCRIBING THE FORM AND DETAILS OF SAID AGREEMENT; AND AN APOLOGY

WHEREAS, pursuant to the provisions of the TIF Act, the City is authorized to enter into a redevelopment agreement with the Developer, setting forth the respective rights and obligations of the City and Developer with regard to the redevelopment of Power & Light; and

WHEREAS, the City Council hereby determines that the terms of the Power & Light Redevelopment Agreement attached as Exhibit A hereto and incorporated herein by reference are acceptable and that the execution, delivery and performance by the City and the Developer of their respective obligations under the Redevelopment Agreement are in the best interests of the City and the health, safety, morals and welfare of its residents, and in accord with the public purposes specified in the TIF Act and the Redevelopment Plan.

BE IT ORDAINED BY THE CITY OF KANSAS CITY FOLLOWS:

SECTION ONE. The City Council hereby ratifies and confirms its approval of the Power & Light redevelopment plan and apologizes to the people of Kansas City for previously ignoring the best interests of the City and the health, safety, morals and welfare of its residents.

The most recent renderings released for Ballpark Village in St. Louis: 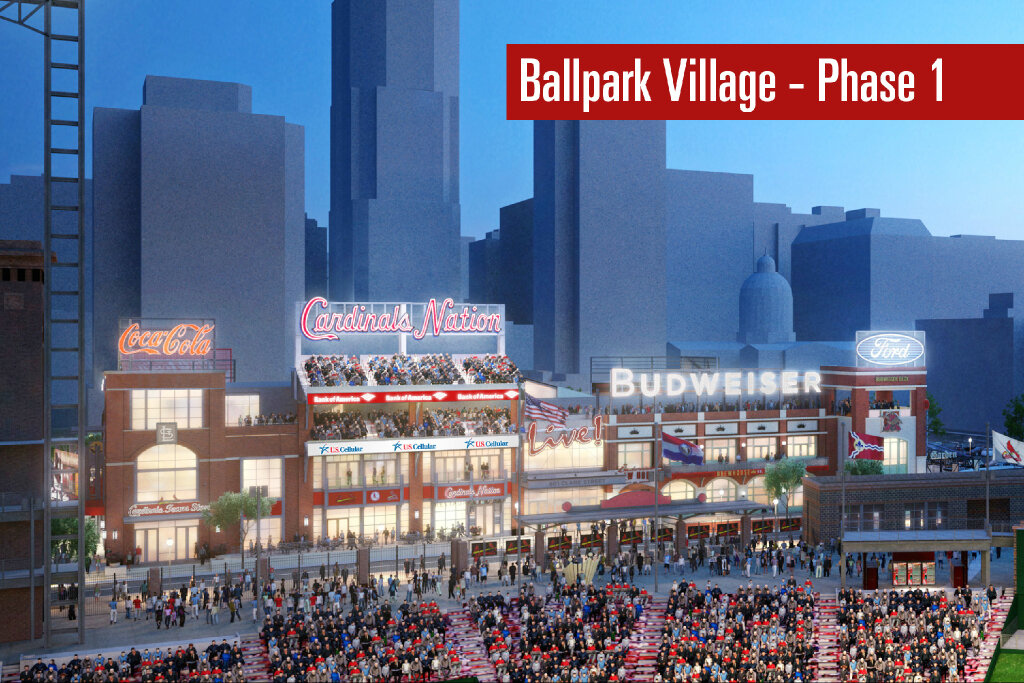 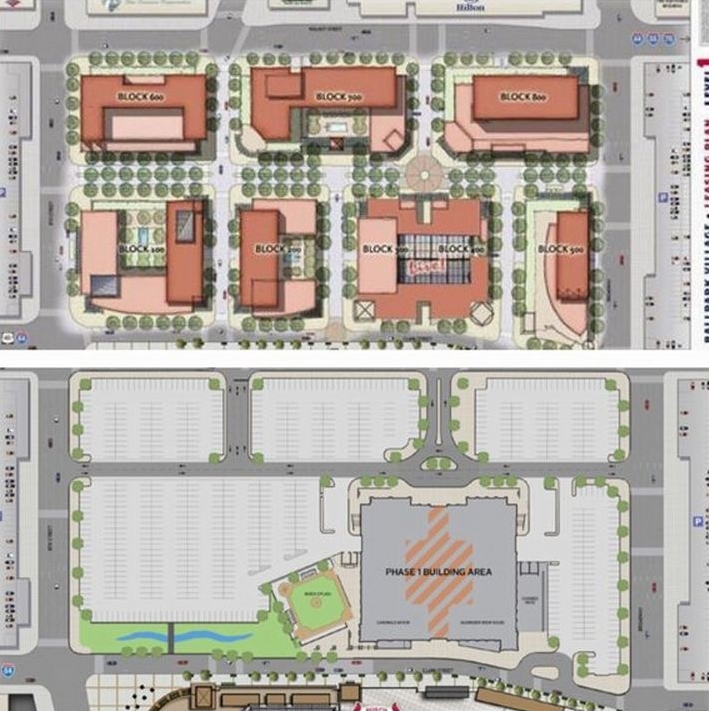 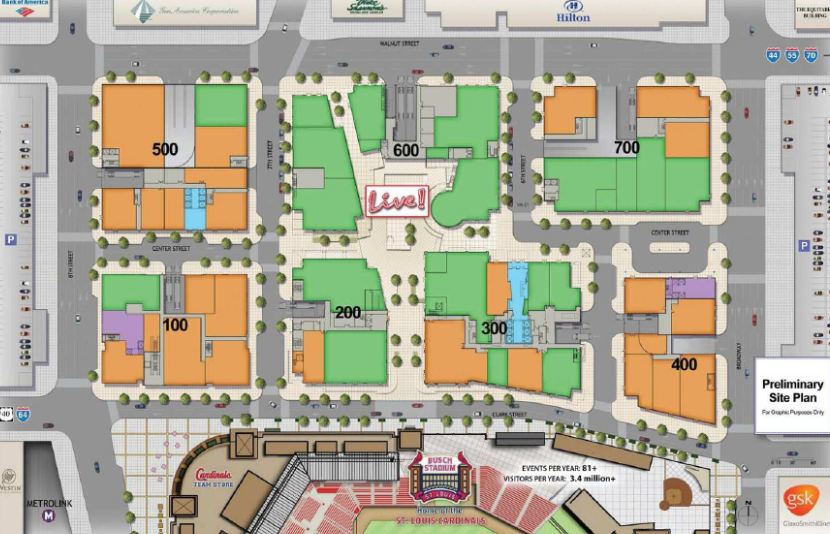 {an early site plan, since scaled down, of Ballpark Village}