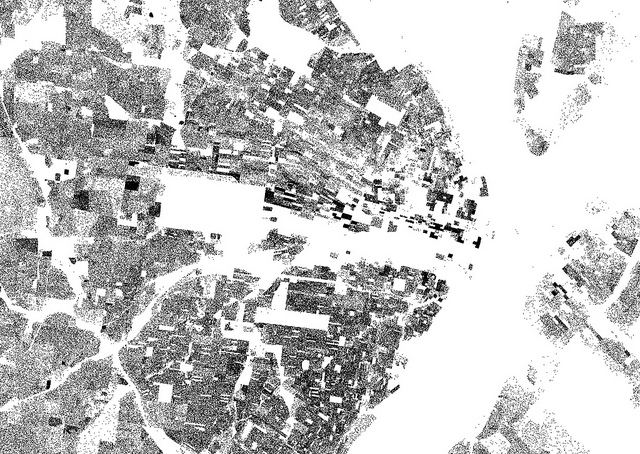 The 2010 Census isn't new news. Locally, the City of St. Louis lost another 28,895 residents, the sixth straight decennial loss. After growing to more than 850,000, today's St. Louis numbers fewer than 320,000. The decade's loss (-8.3%) was very similar to Pittsburgh (28,859 residents, -8.6%) and Cincinnati (34,340 residents, -10.4%). Despite the city's numbers, the story that should have sounded an alarm locally was St. Louis County's loss of residents for the first time in its history. The county is the ~1,000,000 person heart of the region. Its unprecendented loss was generally greeted with a collective shrug and a denial by the "healthy" municipalities (there are 90) that there's a problem. While the Census itself is no longer news, new ways to visualize our population continue. Census Dotmap is a nationwide interactive map that displays 308,450,225 dots, one for each person counted by the 2012 Census. Following are several images from St. Louis. The site allows the user to zoom in to any location. 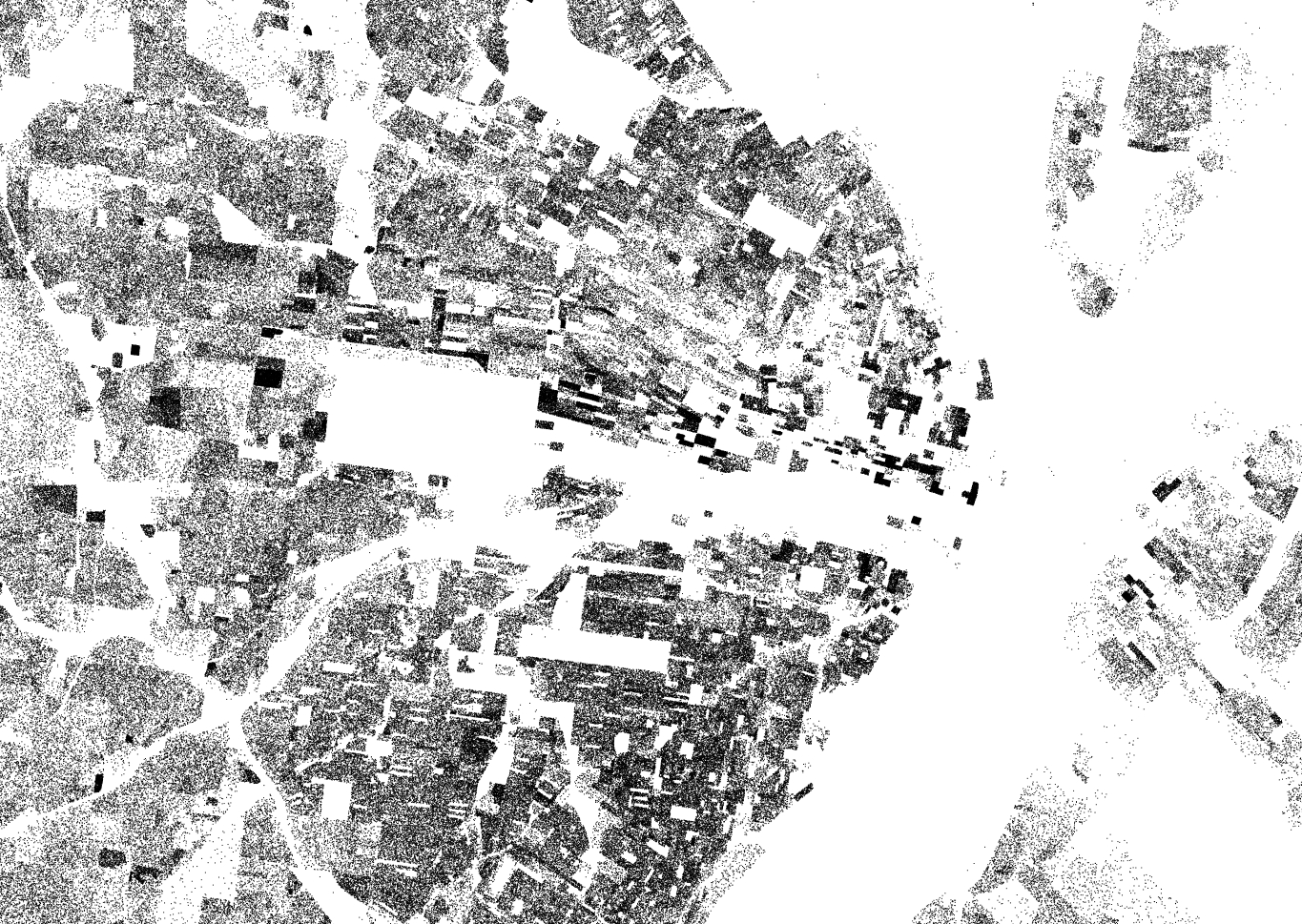 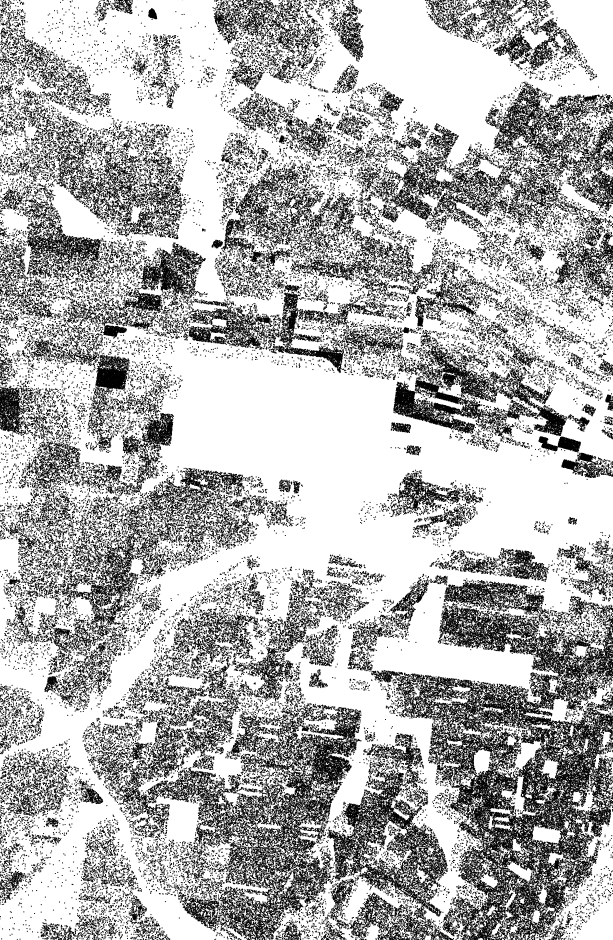 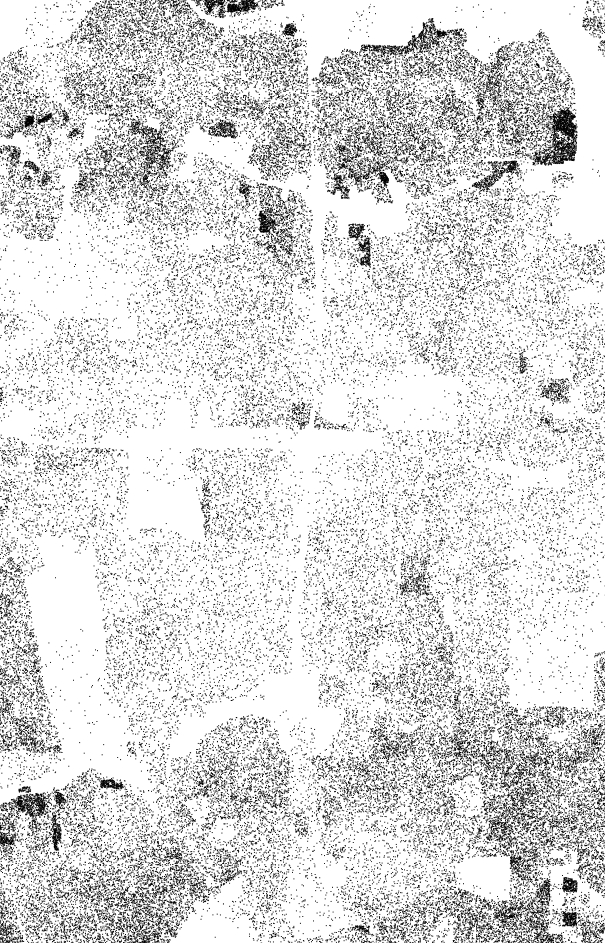 {St. Louis County centered at I-64 and I-270 – highlights the region's sparsely populated center of wealth} 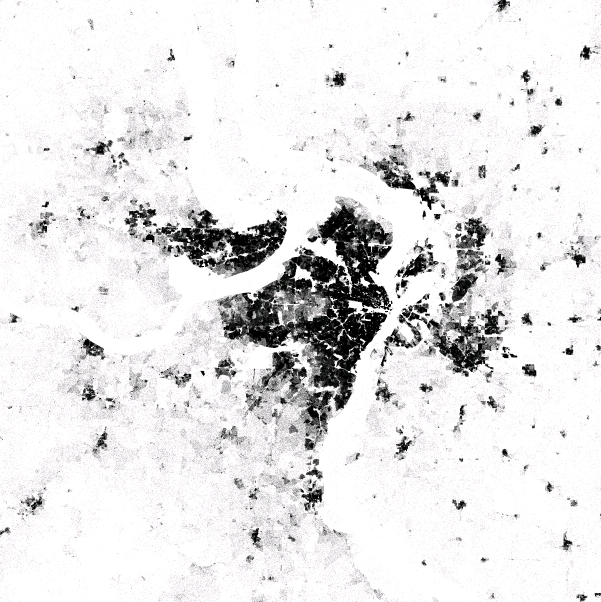 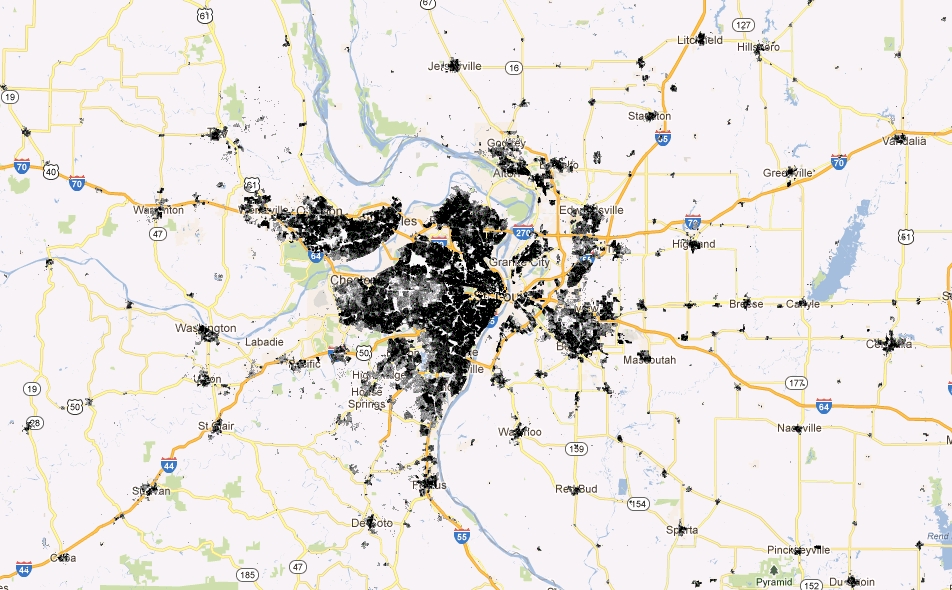 {the St. Louis region overlayed on a Google Map} 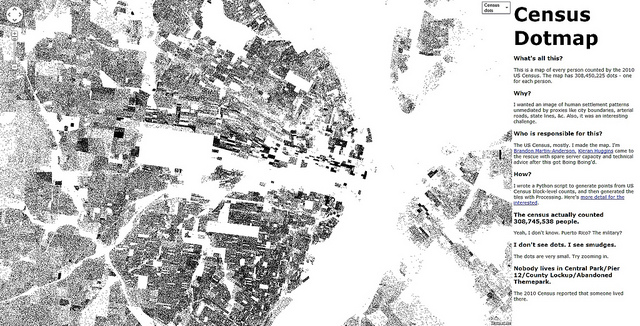 Previous nextSTL coverage of the 2010 Census:

In St. Louis Population Decline No Longer Good or Bad, "It Just Is"