In January of this year, Saint Louis University announced its law school would be moving downtown from Midtown's Frost Campus. Renderings of the school's new home were revealed in May. While the move was generally applauded and seen as an investment in the city by the university, the school was relocating within the city and taking a downtown office building off the tax rolls. If nothing else, many believed the move foreshadowed a shift to embrace urbanism, a more urban-friendly development plan by SLU. It now appears that the school is more intent on suburbanizing the central business district.

What appears to be a new rendering of the Joe and Loretta Scott Law Center, shows Chestnut Street closed for a circular driveway at Tucker Boulevard. While it's possible that the idea hasn't gone any further than the drawing board, now is the time to state unambiguously that this should not be allowed to happen. The CityArchRiver plan to reimagine the Arch grounds assualts the existing downtown street grid, more than 100 nearly uninterrupted blocks of the central business district. At least that wrong-headed plan is at the edge of downtown. 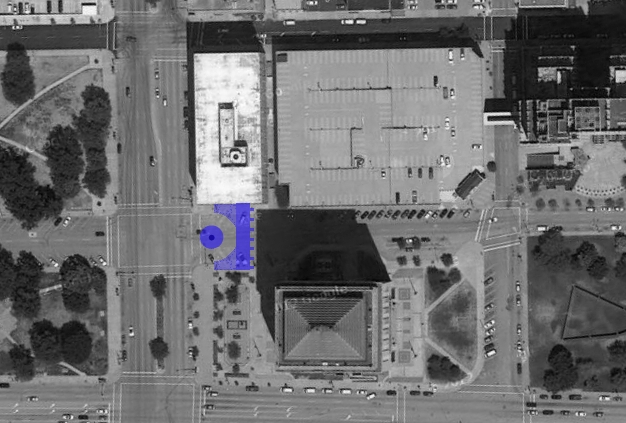 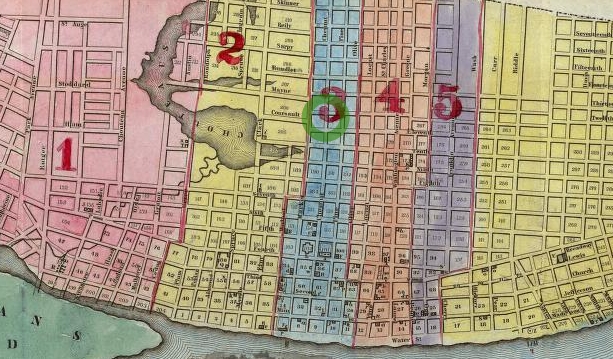 With Tucker set to assume the status of a central north-south artery with the completion of the new I-70 Mississippi River Bridge and its alignment with North Tucker, removing access here would be a mistake. The "SLU-burbanization of the university's Frost and Medical campuses, has been marked by the demolition of urban buildings, specifically corner buildings and their replacement by now ubiquitous fountains, lawns and black aluminum fences, and maybe remarkably random sculpture. Entire blocks of homes have been levelled. While the school has clearly invested heavily in the city, it can't be said that it's done so within the context of the city.

Regardless of SLU's history, its merits and shortcomings, closing a street within the central corridor downtown is a terrible idea. Cities prosper by their density of social and economic interactions, many unplanned and unexpected. Not only does an intact street grid provide the best opportunity for such interactions, it also maximizes the value of private lots. There's work to do in downtown St. Louis – narrowing streets built for a past population, adding basic pedestrian amenities and returning one-way streets to two-way functionality – highlighting that street closures are the wrong course for the future of the city. Closing streets is the exact opposite of what St. Louis should be doing to revitalize its urban core.

The quickest way to get this message to city decisionmakers is to post to the Twitter accounts of Mayor Slay (@mayorslay) and Streets Director Todd Waelterman (@stlstreets). The building, at 100 N. Tucker, is in the city's 7th Ward, represented by Alderwoman Phyllis Young. 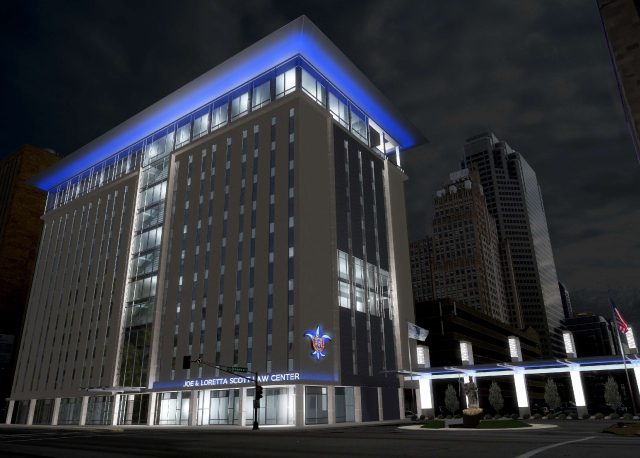