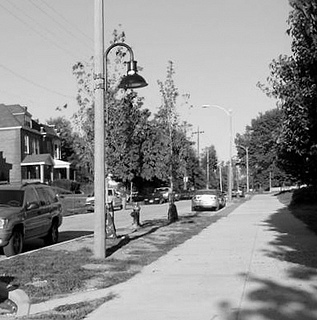 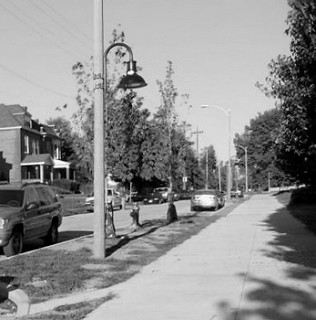 The cobra head light – the ubiquitous urban infrastructure statement from mid-to-late last century. There are thousands upon thousands of them across St. Louis. They're everywhere because they're cheap and pedestrian amenities took a backseat to the car and the power of design aesthetic on the public realm was forgotten. Slowly, and at great expense, they're being replaced. The cost: $1.45M on Manchester Avenue in The Grove for lighting (an additional $2M for other infrastructure), $1.8M on South Grand for lighting and infrastructure. These are holistic revisions of the streetscape and save some small issues, are fantastic projects.

Yet scaling them up across the city isn't possible. While commercial districts should be a focus of development, city neighborhoods require resources as well. New sidewalks, lighting and other measures can greatly enhance an area's attractiveness and safety. What if more than 100 pedestrian street lights could be installed for less than $200,000? That's the plan by Light Up 21, a vision being promoted in the city's 21st Ward. Inspired by a recent Great Rivers Greenway project and directed by necessity to find affordable improvements, Light Up 21 looks to attached pedestrian lighting to existing cobra head fixutures along the ward's major thoroughfares. 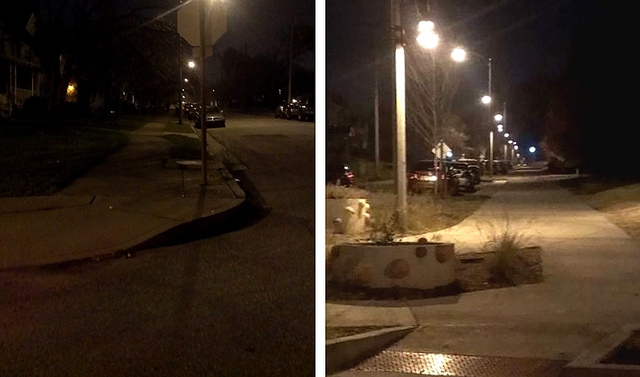 The hope is to light up Shreve Avenue, North Newstead-Pope, West Florissant and the wedge at Warne Avenue. The O'Fallon neighorhood has retained much of its built history. Beautiful residential areas persist and residents have a lot of pride in their homes. A new recreation center in O'Fallon Park will open soon after a hard-fought agreement has been signed by the city. The neighborhood does have challenges, and disinvestment in basic infrastructure may be the most apparent. 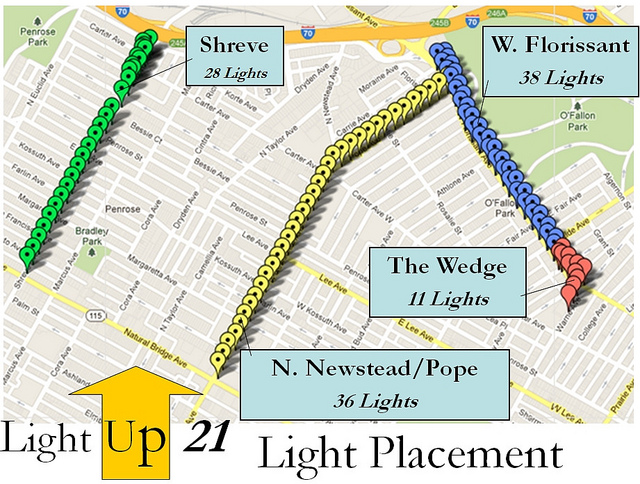 Solutions such as these can go a long way towards addressing basic, but necessary improvements. Better lighting improves safety, makes a location more attractive to businesses, makes drivers more likely to see a business and stop and makes people more likely to walk. With any luck, this can serve as a model for the rest of the city, and the thousands of cobra head lights across the city. Anyone interested in learning more can contact Twenty-first Ward Neighborhood Improvement Specialist Michael Powers. 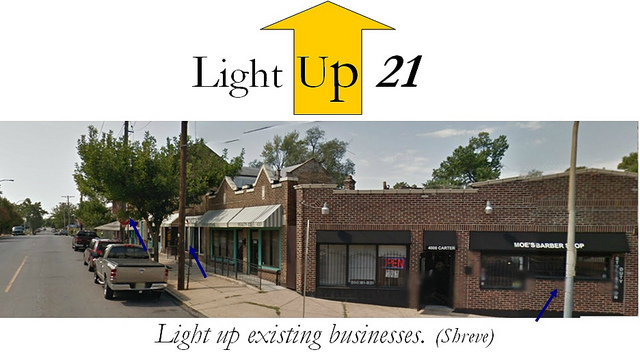 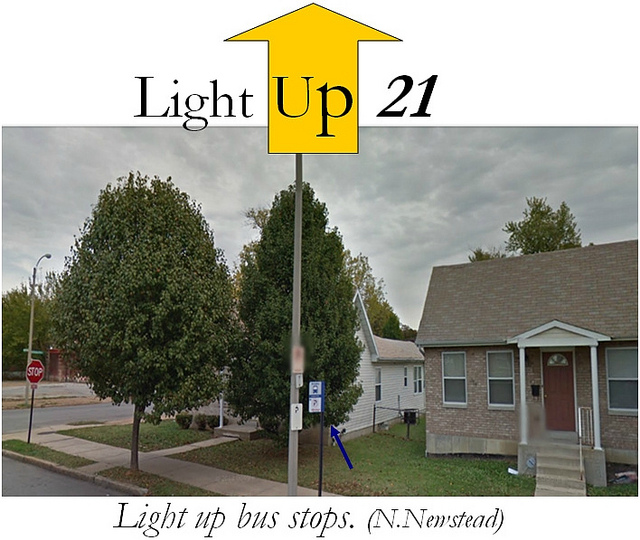 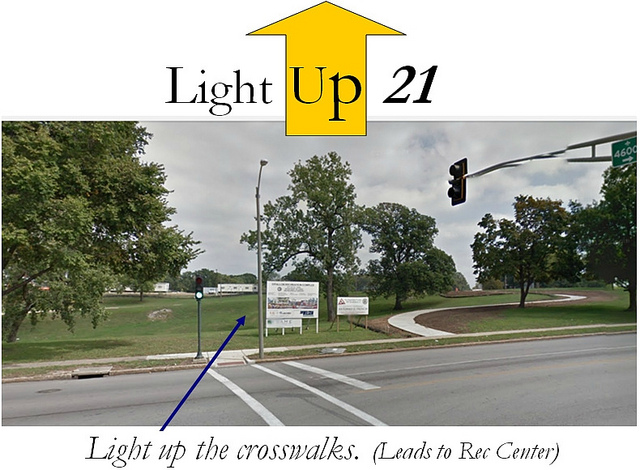 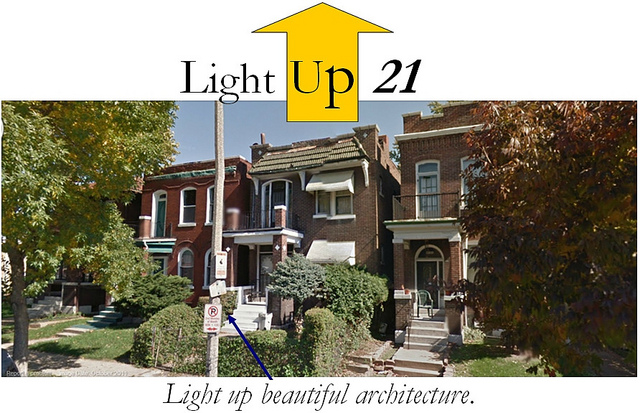 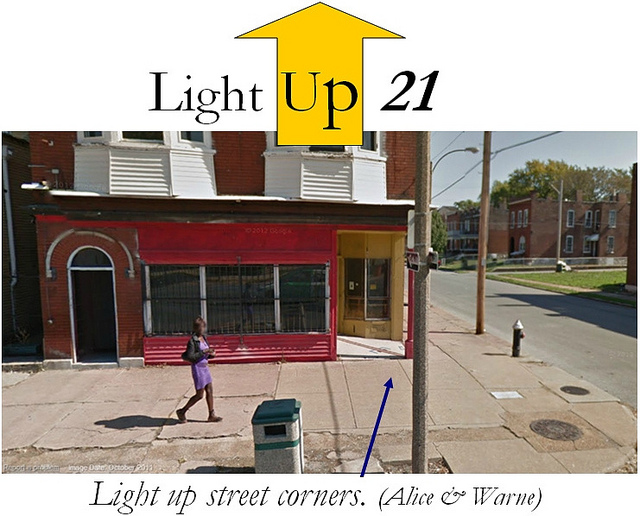 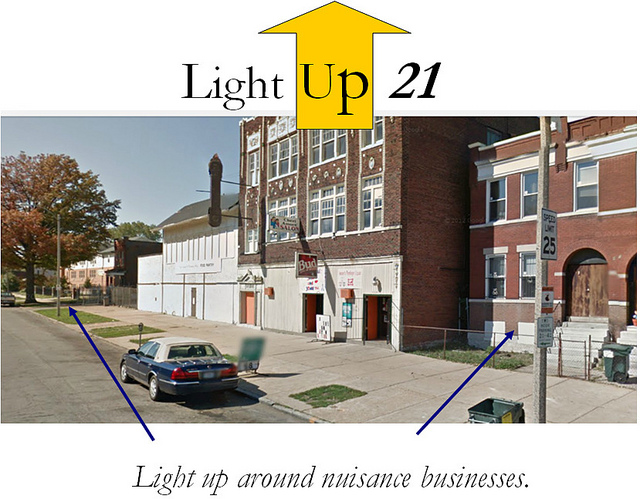