According to a nextSTL.com source, St. Louis University is no longer planning to build a new ambulatory care facility at the largely demolished Pevely Dairy complex on South Grand. If you missed it, SLU went to the mattresses to demand that they be allowed to demolish the complex listed on the National Register of Historic Places, insisting time and time again that the only site suitable for the new facility was the southwest corner of of South Grand and Chouteau Avenue, adjacent to the existing medical campus. SLU President Fr. Lawrence Biondi went as far as to threaten moving the hosptial and medical school if the city denied demolition.

To be clear, the premise of the demolition was always that this site, and this site only would be suitable for the medical facility. The Associated Press, KSDK and others wrote headlines stating that the Preservation Board's denial of demolition was "a setback for a new $75 million surgical center for Saint Louis University". It was argued strongly here and elsewhere that plan presented a host of false choices. This demolition request, like many, was presented as an "either/or" – either SLU was going to be allowed to build their new medical facility or "preservationists" were going to stop them to save a vacant building. Few considered that once demolition occurred, that the facility would be built elsewhere. 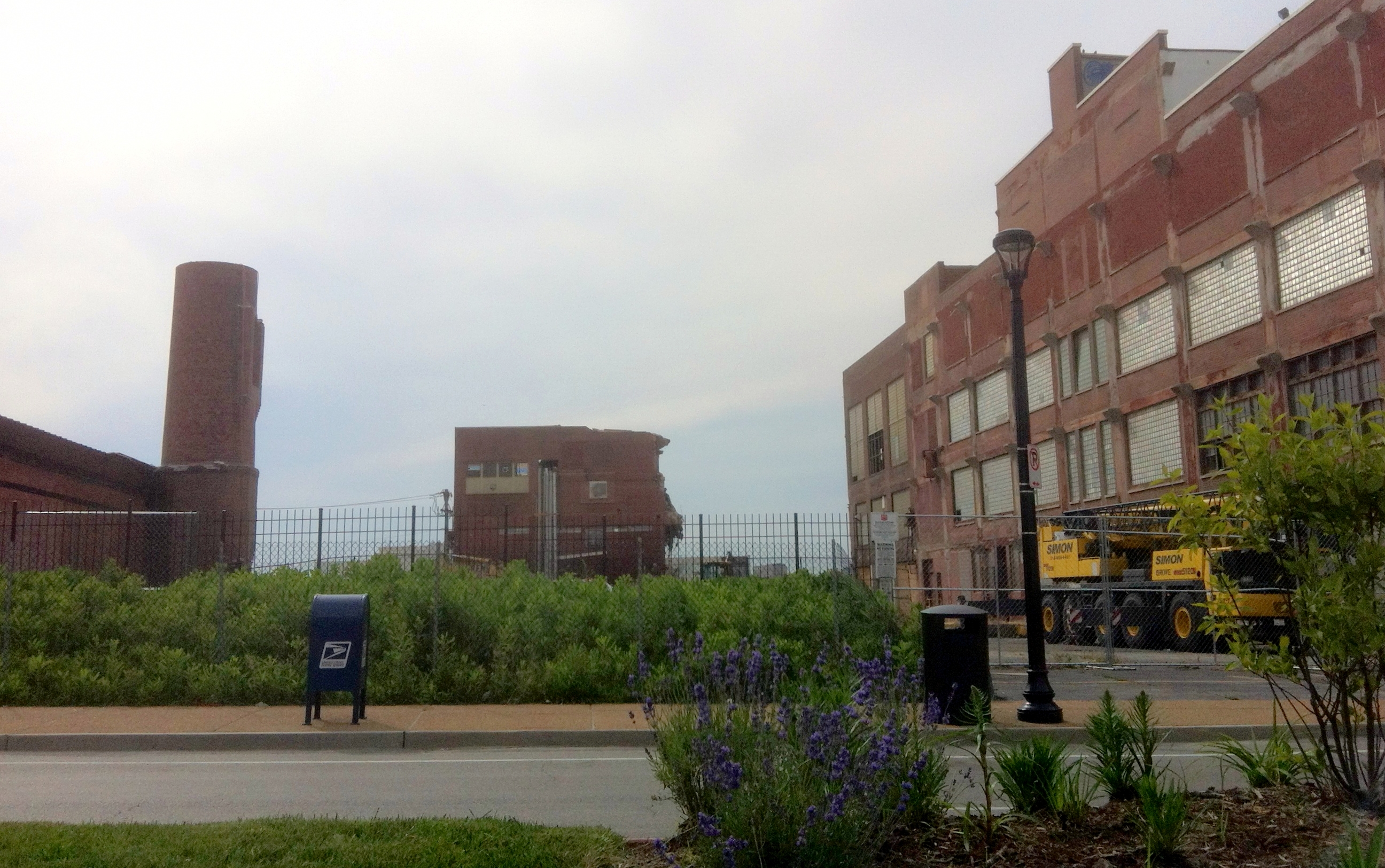 {view of demolished smokestack and Pevely buildings from South Grand}

At the Preservation Board meeting, 17th Ward Alderman Joe Roddy, whose ward contains the Pevely complex and SLU medical campus west of Grand, ended his testimony by stating "if this (demo) is what SLU says it needs to build a new clinic then I support them." Roddy and SLU project architect Steve Smith both referred to hosptials that had left the City of St. Louis over the past 50 years, raising the spector of a SLU move to the county. It was reported by Michael Calhoun of KMOX that Fr. Biondi stated if Pevely demolition were denied, SLU medical school would be shut down and moved to St. Louis County, claiming that the university had been offered land near Maryville University. When Calhoun followed up, asking for more detail after the decision, Biondi flatly stated, "Well, this is now approved so that point is moot."

One board member asked how we could be assured that a new building would be built given that an historic mansion was allowed to be demolished for a new SLU Law facility on the Frost Campus that will now not be built. Fr. Biondi answered that financing is already in place and the facility could break ground in a month. 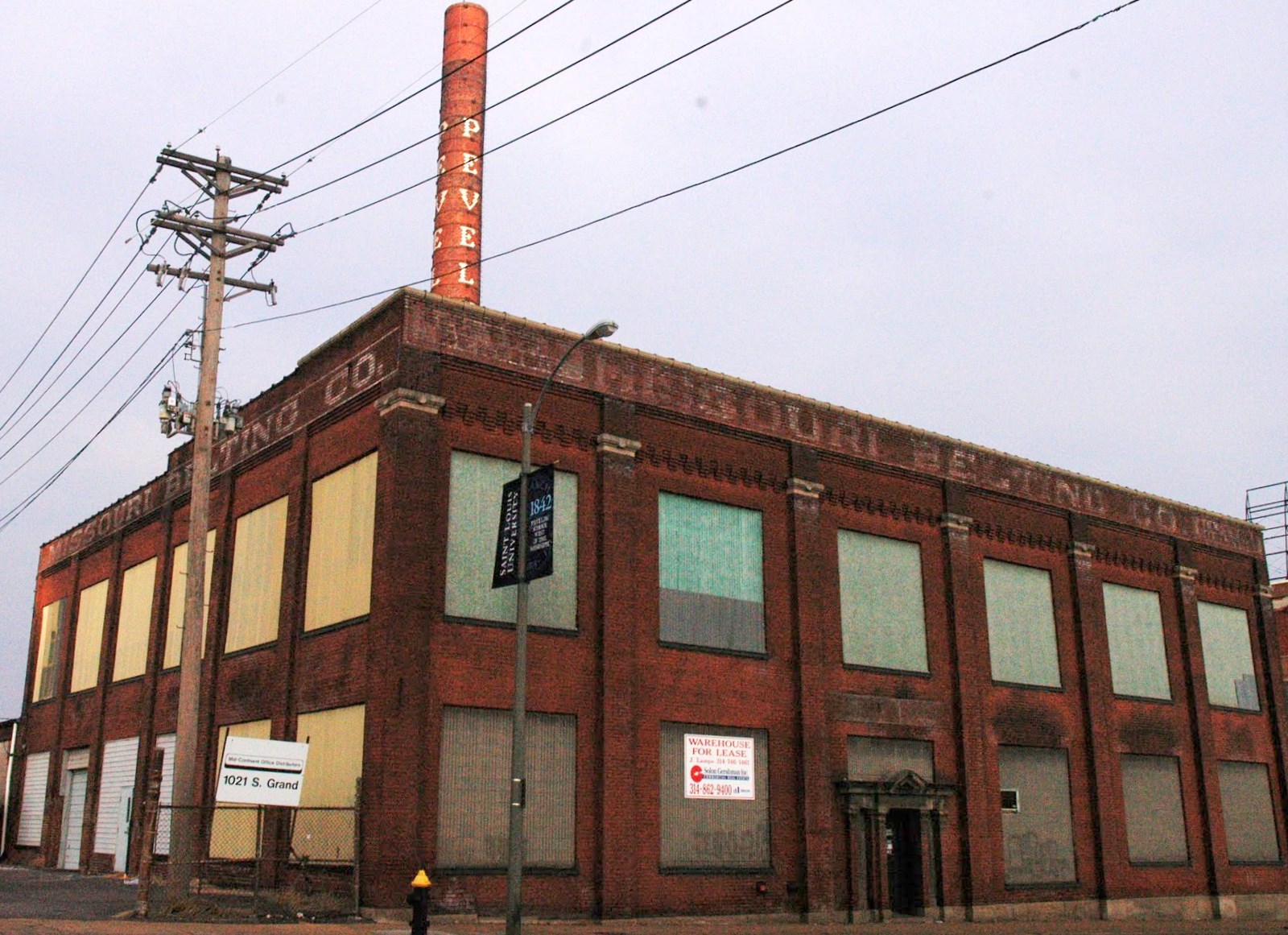 {the Missouri Belting Co. building at the Pevely complex}

A Twitter message from the Preservation Research Office posted shortly after the story broke, stated "International Fur Exchange-style reprieve for Pevely Dairy? Possible. Thank the holdout owners of Missouri Belting building." The Fur exchange was famously saved literally mid-demo and is now a Drury hotel. The Missouri Belting building is shown above and also below, in green. SLU has previously stated that they had an agreement in place to purchase this building and stated that they would seek a demolition permit.

The majority of the Pevely complex, including the smokestack, where quickly demolished following the city Planning Commission's vote to overturn the Preservation Board's denial of demolition. The only restriction placed on the decision was to only allow a demolition permit for the corner Pevely building once a building permit for the new facility had been issued. At the time, SLU argued against this provision, stating that it was too restrictive and that they needed flexibility to fullfill their healthcare mission. The Preservation Board and Planning Commission debated requiring a building permit for any demolition to occur, but in the end, the corner building alone received this protection. If the new facility is in fact going to be located elsewhere, the remaining Pevely building may have a stay of execution. The contentious issue dragged on for months, with What Should Be, and others offering alternative plans for the project that would incorporate the existing corner building, or use another site altogether. 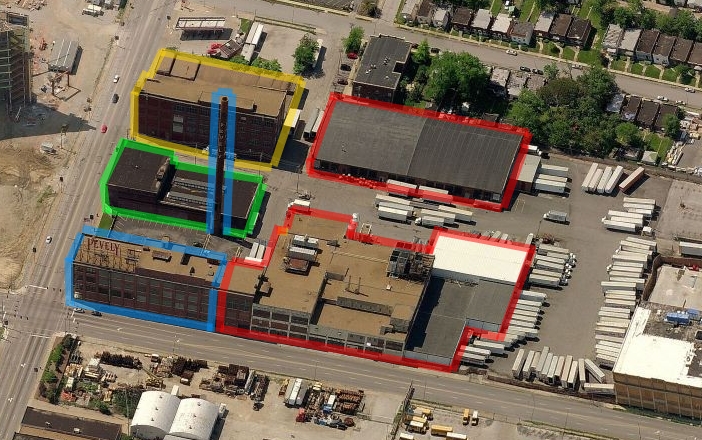 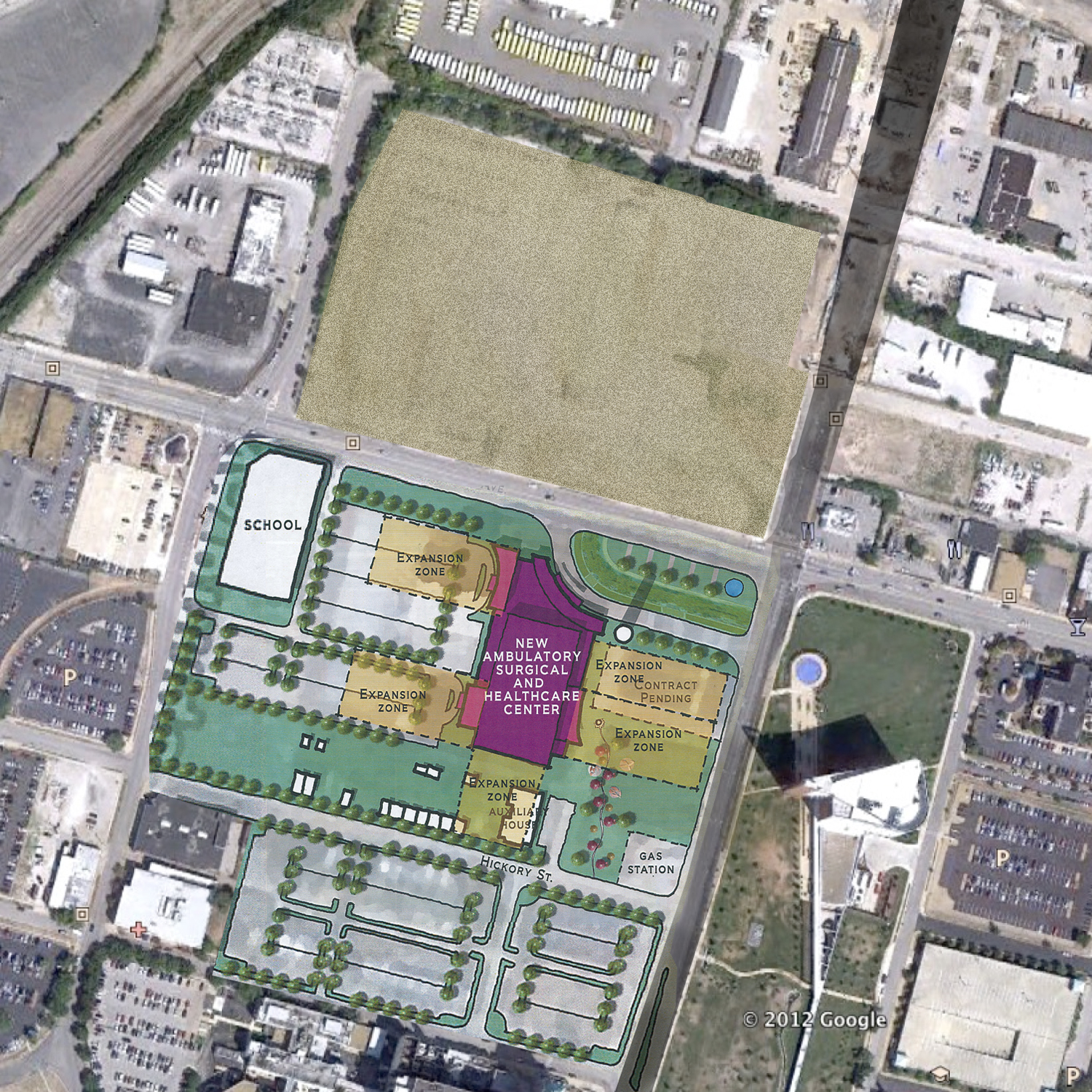 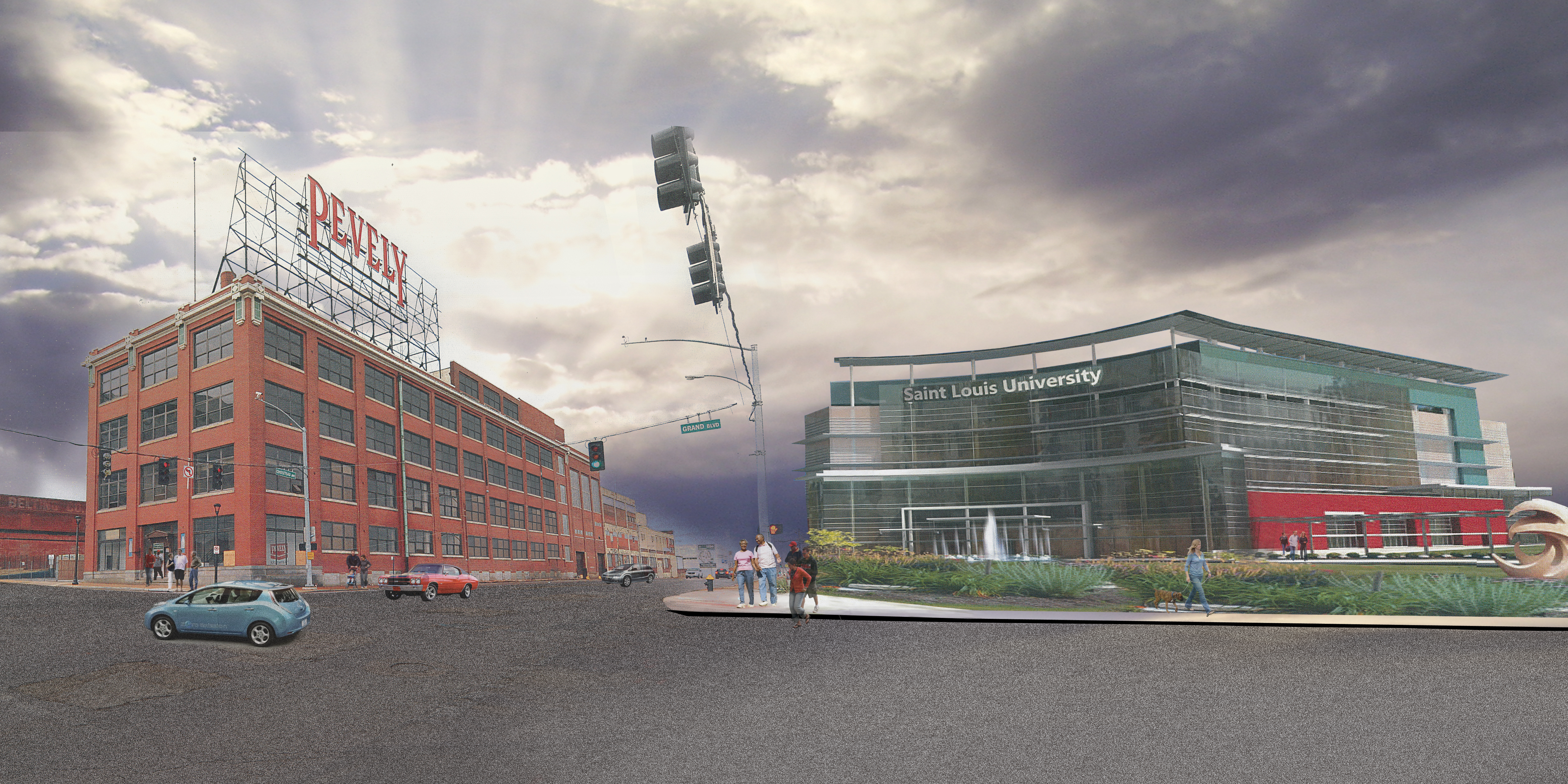 {the complex was once slated for residential reuse} 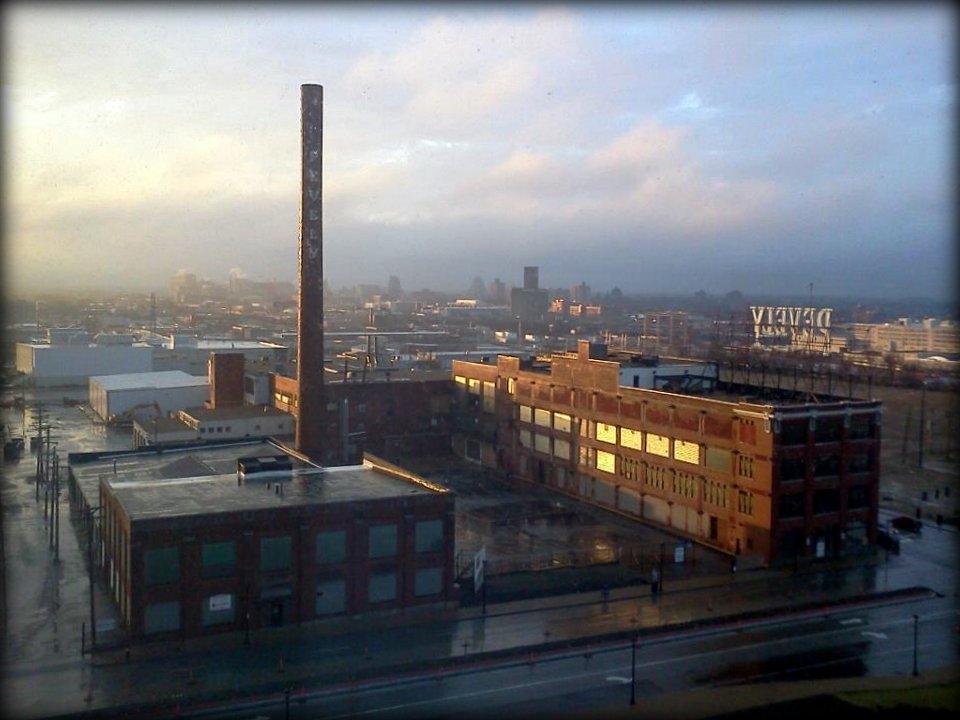 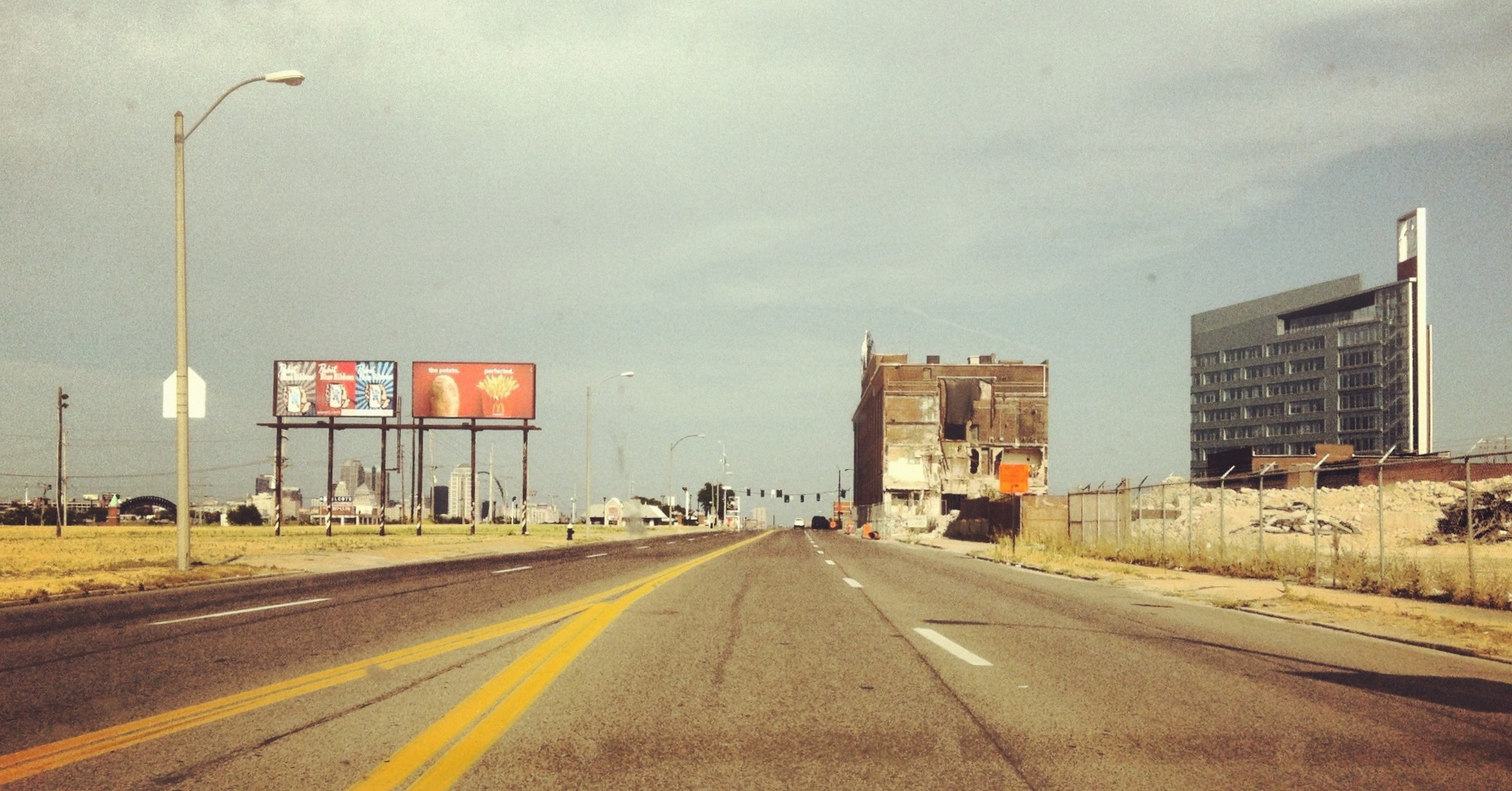