The St. Louis Convention and Visitor's Commission has submitted its final proposal to the St. Louis Rams, in hopes that the organization will find changes to meet the "top-tier" criteria required in the team's lease. This is almost certain to not be the case, and consensus is that the question of renovations will go to arbitration. The CVC made a first proposal in Februrary. It called for $60M in public funding. The Rams rejected that proposal on March 1 and submitted their own on May 1. The Ram's proposal included a retractable roof and the rebuilding of three sides of the existing structure and was estimated to cost as much as $700M, with presumably at least half come from public sources. Recent new NFL stadiums and substantial renovations have roughly averaged a 50/50 private/public funding split. The CVC rejected this proposal prior to the June 1 deadline. As a result, an arbitration process was entered June 15 per the lease agreement.

The new CVC propsal, made public on the organization's website, may represent an emerging consensus between the two parties. Previously, both groups had worked to keep details private, with the Ram's proposal only becoming public when released by Missouri Attorney General Chris Koster. If true, the two sides are likely polishing a proposal that will eventually be put in front of city, state and county voters. 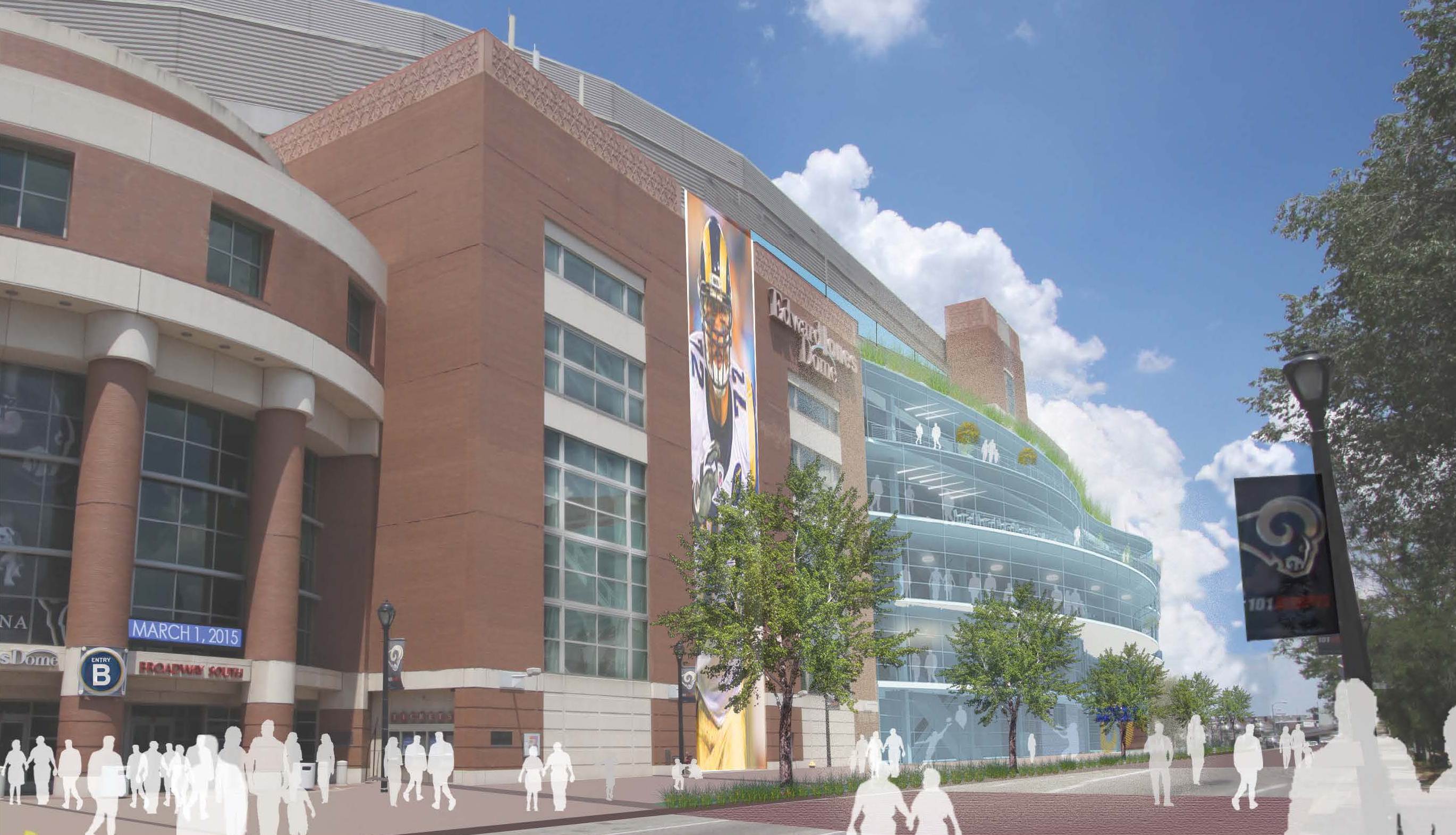 {looking north on Broadway at east side of stadium} 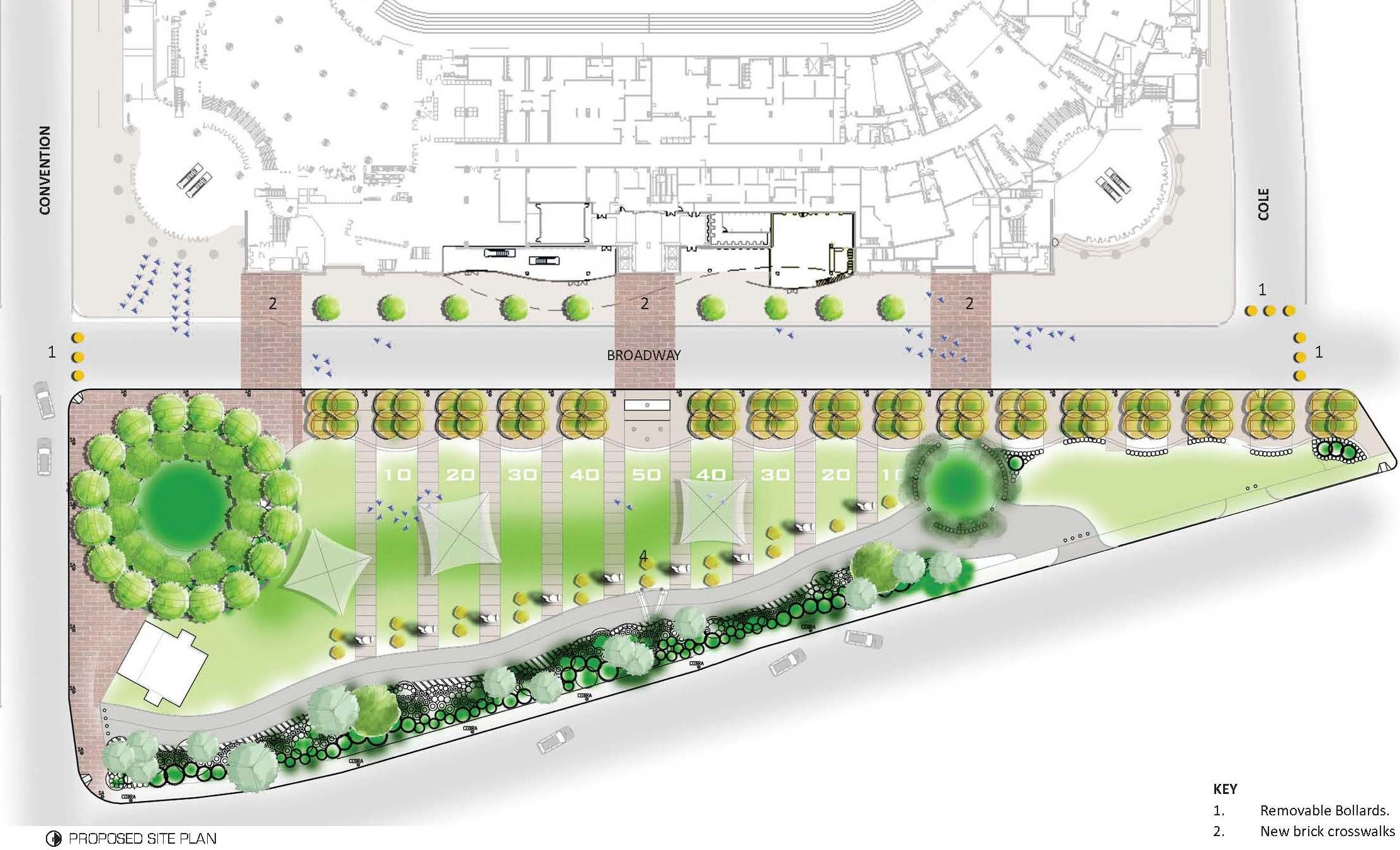 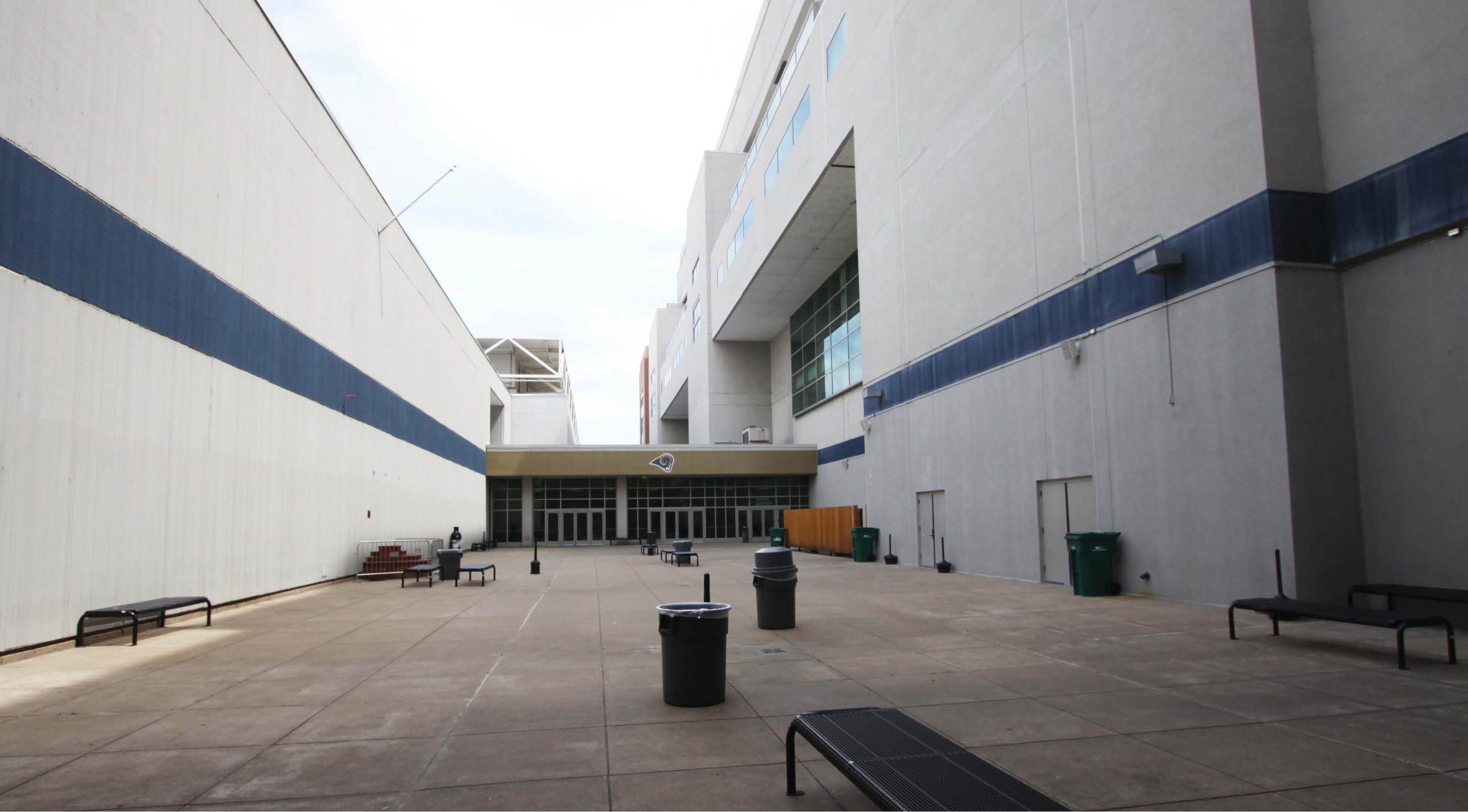 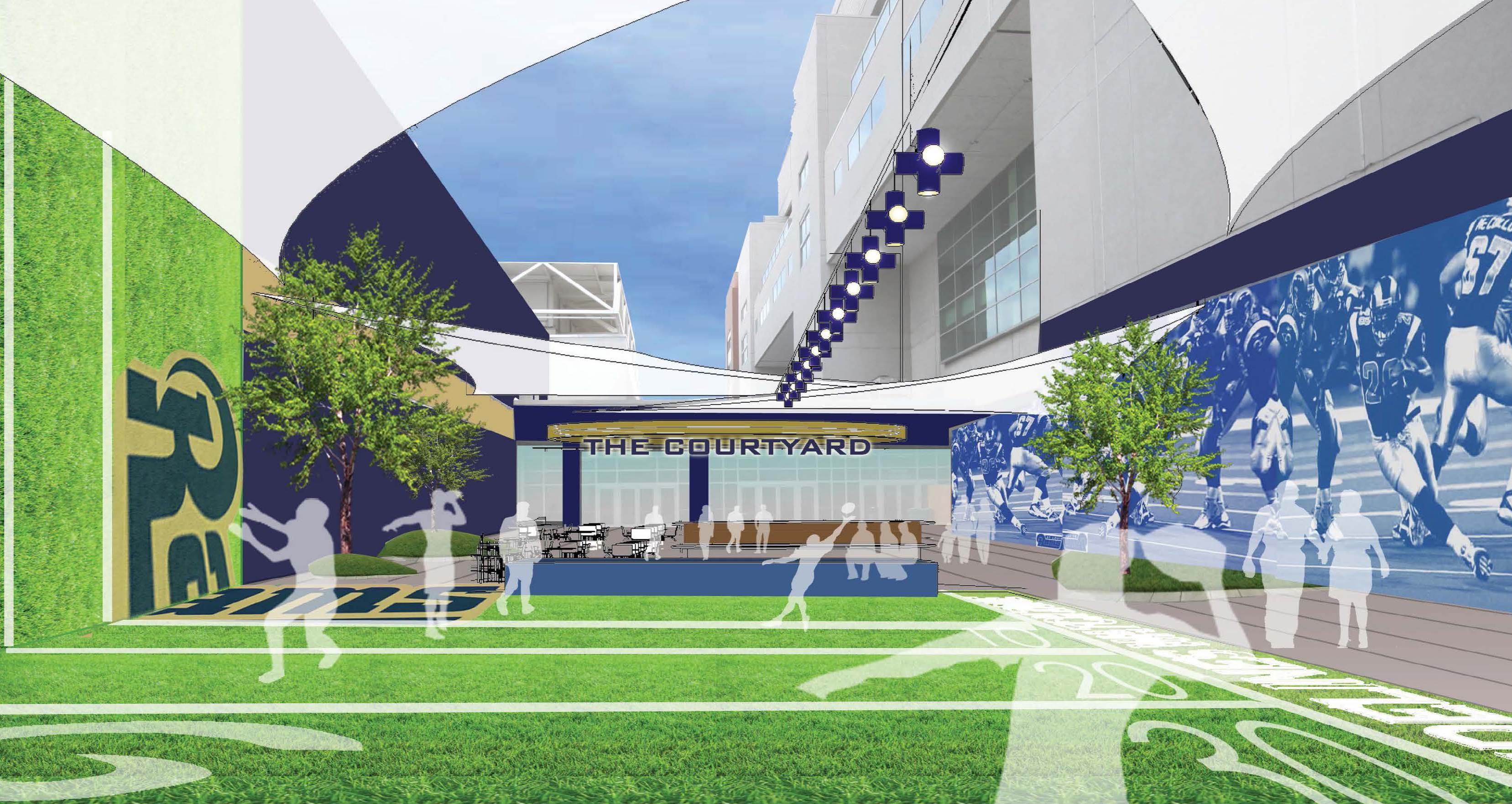