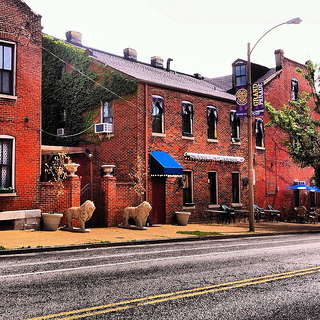 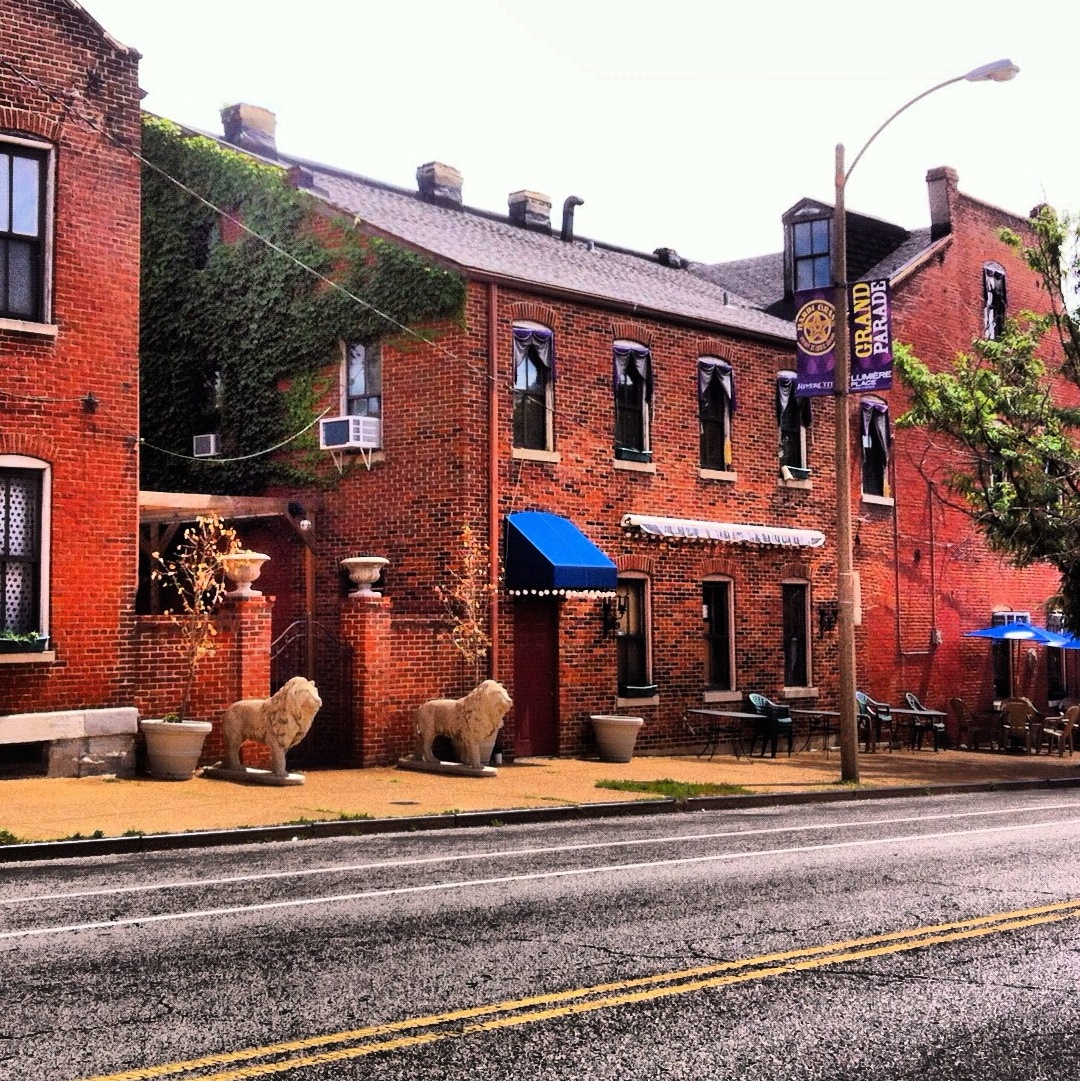 The story of the Bastille in Soulard hoping to install solar panels on the roof has received quite a bit of attention. The five W's and an S has been covered by Post-Dispatch. Michael Allen at the Preservation Research Office focuses on the historical aspect. The short of it is that Bob Hiscox, owner of the Bastille Bar in Soulard bought solar panels, prepped his roof and began installation. Someone pointed out to the city that such as project requires a permit, and in the case of a local historic district, a super special permit (potentially further review by the city's Cultural Resources Office (CRO) and Preservation Board). Bob didn't have a permit, so the story goes. The Soulard Restoration Group opposed the panels. The CRO denied a permit and the Preservation Board voted 4-2 against installation.

This particular story ends there. The Soulard Neighborhood Historic District Rehabilitation and New Construction Standards simply state, "Solar collectors shall not be visible from a street." Well that was easy. One may actually have to wonder how the Preservation Board vote was 4-2. The interesting story here isn't about whether the Soulard Historic District rules permit the installation of Bob's solar panels (it doesn't), but whether, and how far, historic districts should go to accomodate sustainable energy projects. Perhaps the two votes in Bob's favor just disagree with the existing standards.

It's true that many older historic districts did not forsee solar panels, wind turbines, etc. when established. Soulard received its local designation in 1972. Yet, guidelines have been and will continue to be amended as new building materials and other products appear (certainly some day some one will make a non-wood window that will satisfy historical intent, for example). Asphalt roofing shingles are so widely used that they're permitted as well, with some stipulations. Window air conditioning units? Well those are just necessities no matter how ahistoric. 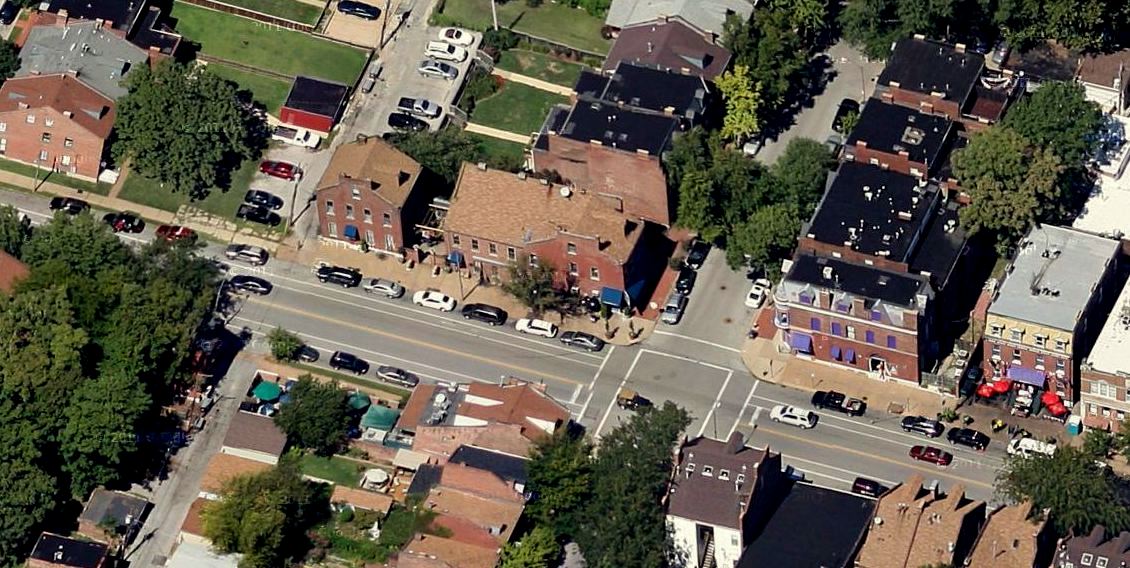 {a view of the Bastille Bar on Russell in Soulard (center)}

Historic preservations guidelines follow a hierarchy of public facade, semi-public facade and private facade. Unfortunately for Bob's roof, it's about as public as a roof can be in Soulard. Had he a flat roof, or one sloping away from Russell Avenue, the panels would have very likely been allowed. Located in the center of Soulard, the business owner clearly should have known that historic standards would apply when altering a prominent roof. His "I'm just sick to my stomach. I don't get this." pleas should elicit no sympathy. The small business owner just trying to survive versus bloated bureacracy and red tape doesn't play here.

Yet it's worth asking what the impact of the panels on even a prominent roof might be. A quick survey of Russell and surrounding streets show surprisingly few buildings that would face similar concerns, that is, there doesn't appear to be a slippery slope concern. Soulard won't be innundated with highly visible solar panels anytime soon. The small rendering accompaning the appeal to the Preservation Board shows what could be an aesthetically acceptable solution. Hiscox collected signatures of support from neighbors and even offered the install non-functioning panels so that people could see what the visual impact might be (the CRO denied this request, stating, according to the Post-Dispatch, that they lacked a mechanism for granting such a permit – this should change as trial installations would likely be worthwhile in this case and others). 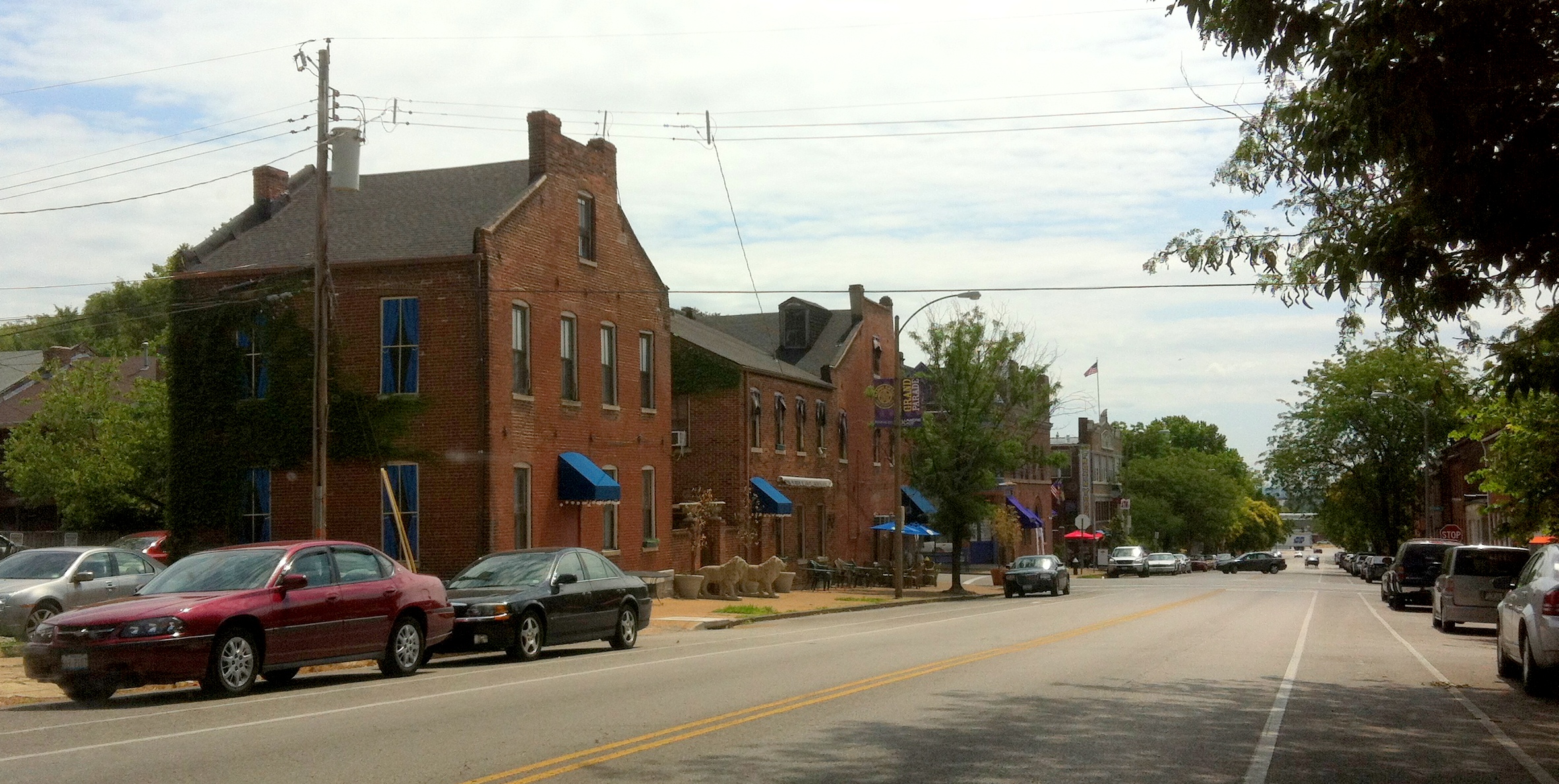 It's worth noting as well that the panels wouldn't alter the building itself and could be removed in the future with no permanent aesthetic impact. The panels wouldn't be seen by anyone walking on the north side of Russell and certainly not when in front of the Bastille. It's questionable how prominent they would appear to drivers as well.

Maybe Hiscox's solar panels should be allowed, but they're not. If Bob himself, or anyone in the community would like to see the district's historic standards amended to allow such and installation, the effort must start and end with the neighborhood's rehabilitation and new construction standards, not here or the pages of the Post-Dispatch. Whether or not that converation begins now locally, it's coming. As more and more of the City of St. Louis is designated for historic preservation, and energy costs continue to rise, conflicts such as this will only increase.