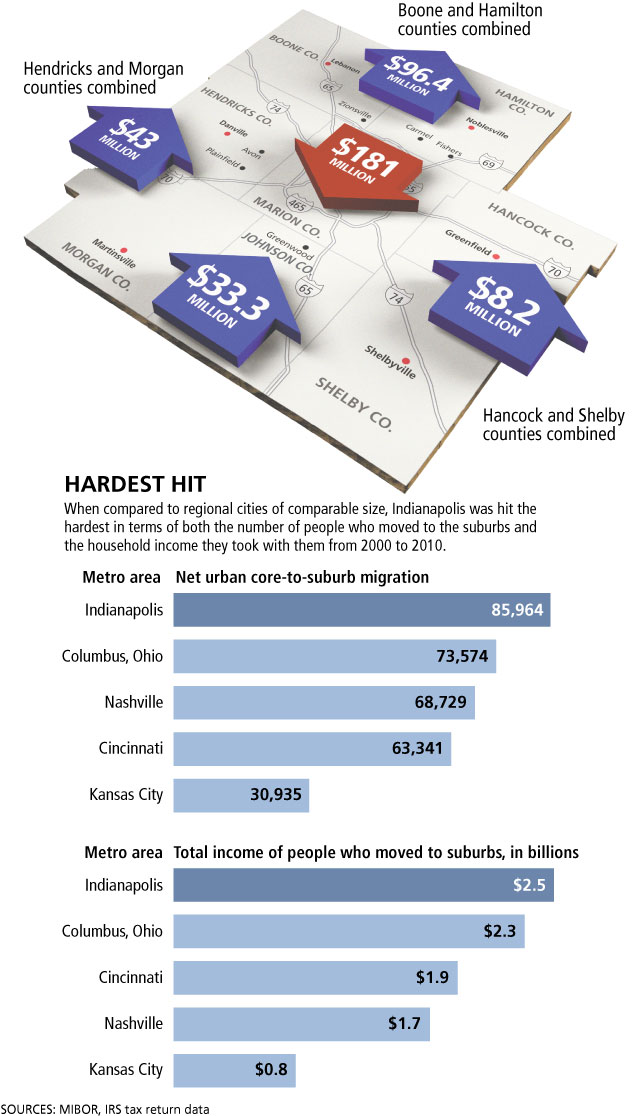 So Indy's had a larger net out-migration from city (Marian County) to the suburbs that other Midwest cities (we'll add St. Louis numbers if anyone has them). City dwellers moved largely to the affluent north, but elsewhere in the metro region as well. UniGov, the 1970 political merger of municipalities and the county has been celebrated as forward thinking and the reason India-no-place has come to be celebrated as the amateur sports capital of the nation, even recently hosting the Super Bowl. The region has spoken with a focused political voice. That's changing. What are the chances of UniGov 2.0? To what extent is the affluent suburban community of Carmel willing to contribute to Indianapolis? What does this challenge mean for a politically fragmented region like St. Louis? Even if possible, would a "merger" of the City of St. Louis and St. Louis County merely tie two sinking ships together? Instead of reaching for 1970, perhaps St. Louis would be best served by creating a new model of regional governance.