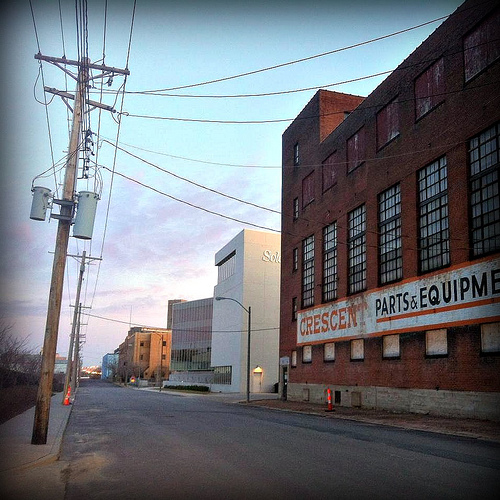 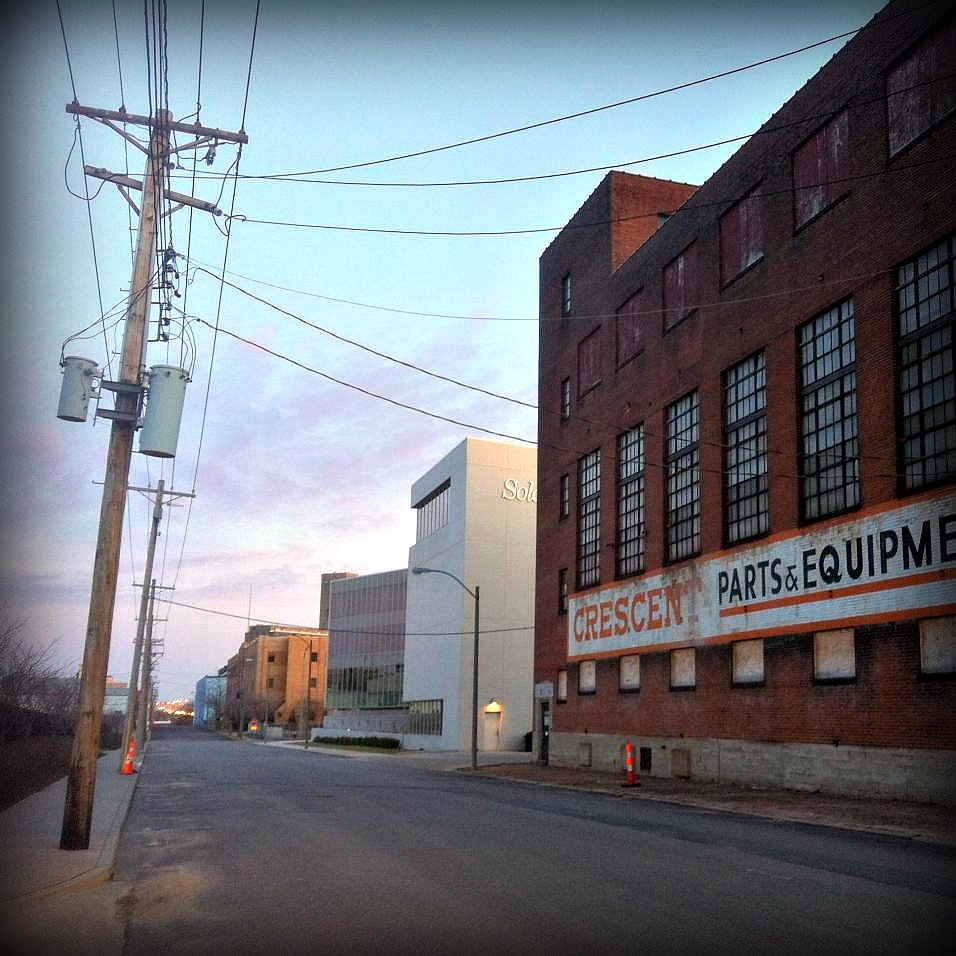 Three significant historic buildings will see new life as part of the CORTEX development. The district, aiming to lure innovative life science companies and expand research capacity of its member organizations, covers nearly 240 acres in central St. Louis City. The Cresent building at 4340 Duncan, the Southwestern Bell building at 4250 Duncan, and the Brauer Supply building at 4260 Forest Park Avenue, are all slated to be renovated as part of CORTEX Phase II, which includes new construction, a pedestrian plaza and new MetroLink station as well. While the RFP of last November gave us an idea of what’s coming, the latest news shows just how quickly development might move.

CORTEX was created in 2005 and the City of St. Louis, labeling the area “blighted” by ordinance, offered carte blanche for development in the area. This meant no demolition review, no public hearings with the city’s Preservation Board. One can understand why. Largely light industrial, the area isn’t pretty. However, several buildings stood out. The O. Morse Shoe Company was demolished for the Solae headquarters. The American Bakery Company building at Forest Park Avenue and Vandeventer was recently leveled. The Ford Motor Company building, where Model T’s and many other cars were assembled from 1914-1948, has been converted to upscale lofts. 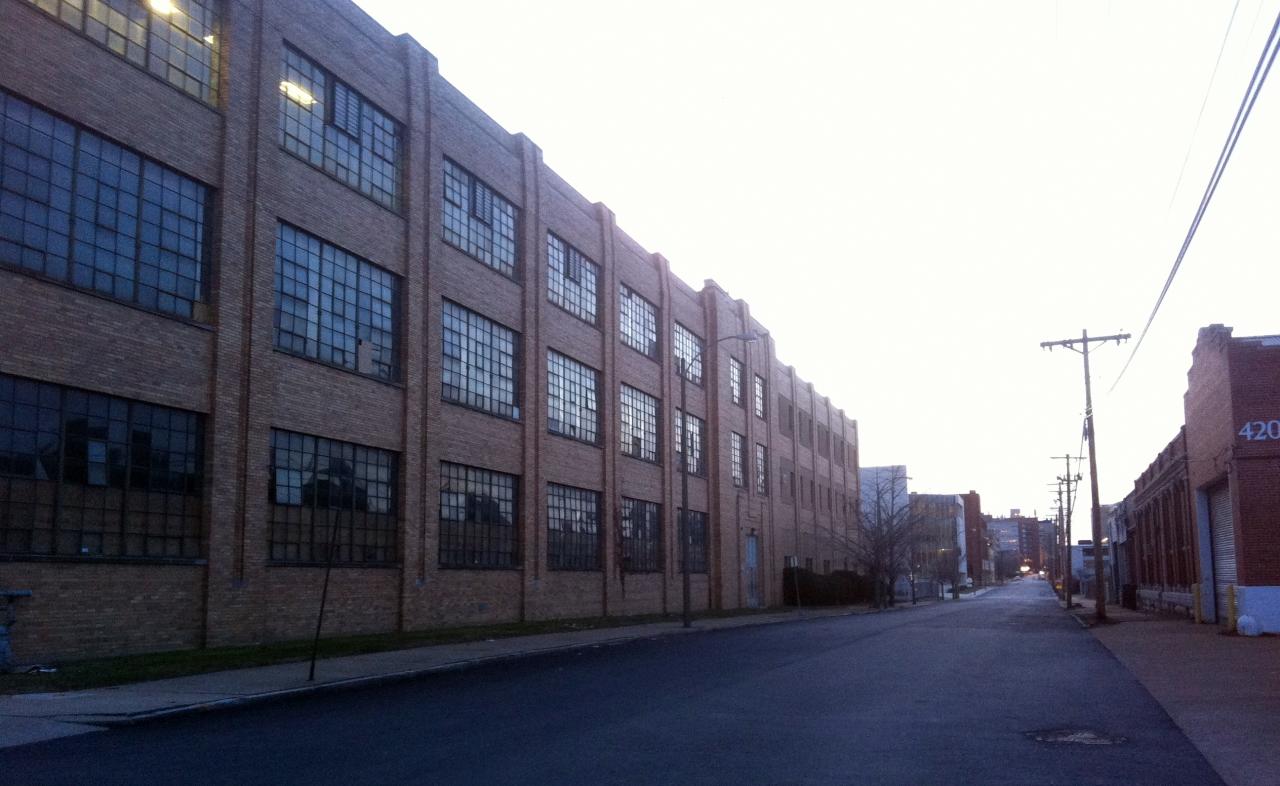 {the Southwestern Bell building will be become the Heritage Lab Building} 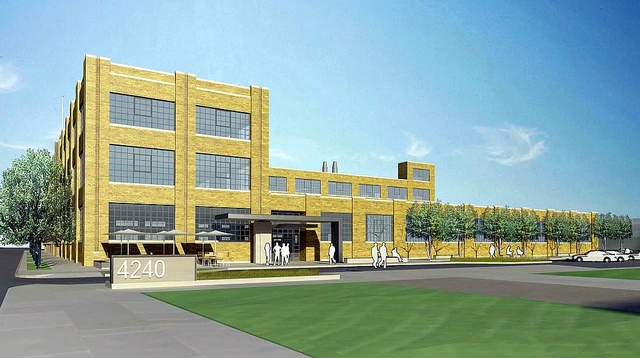 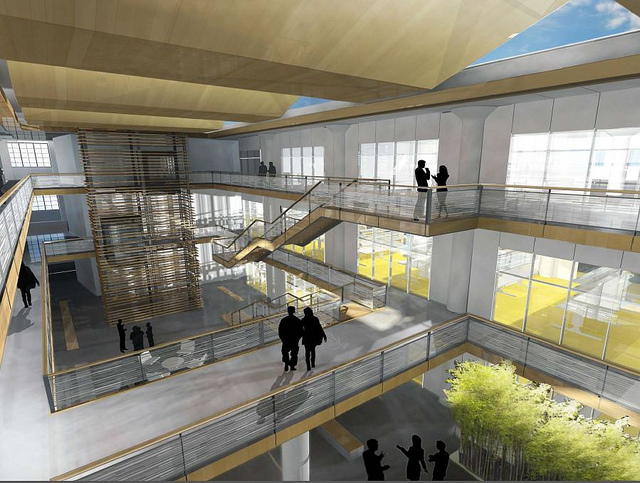 The Southwestern Bell building at 4250 Duncan, soon to be the Heritage Lab Building, is the largest of the three and a quick look shows why its presence is meaningful. It’s not exactly a looming, iconic, architectural wonder of a structure that one can see from points around the city, but it certainly has a street presence. Clearly some would question whether it merits a listing on the National Register of Historic Places, but its inclusion is responsible for its reuse. For whatever its pros and cons, any new structure would clearly have less gravity.

Although there’s a mixed record of demolition and reuse, the planned renovation of the three most significant remaining buildings, shifts the score card solidly into positive territory. Perhaps the headline’s a little much (cortex, conscious, memory – get it?), but CORTEX is set to show exactly how historic industrial buildings can enhance a modern medical and research district. The city is about to see how we can meld world-class research, a modern medical industry and our industrial history. Just last year, it wasn’t beyond reason that all of these would be lost to the wrecking ball. While the modern additions to the district, CORTEX I and Solae aren’t flawless, they are urban in massing and respect the street grid. In addition, to-date there are no plans to close any of the district’s streets. 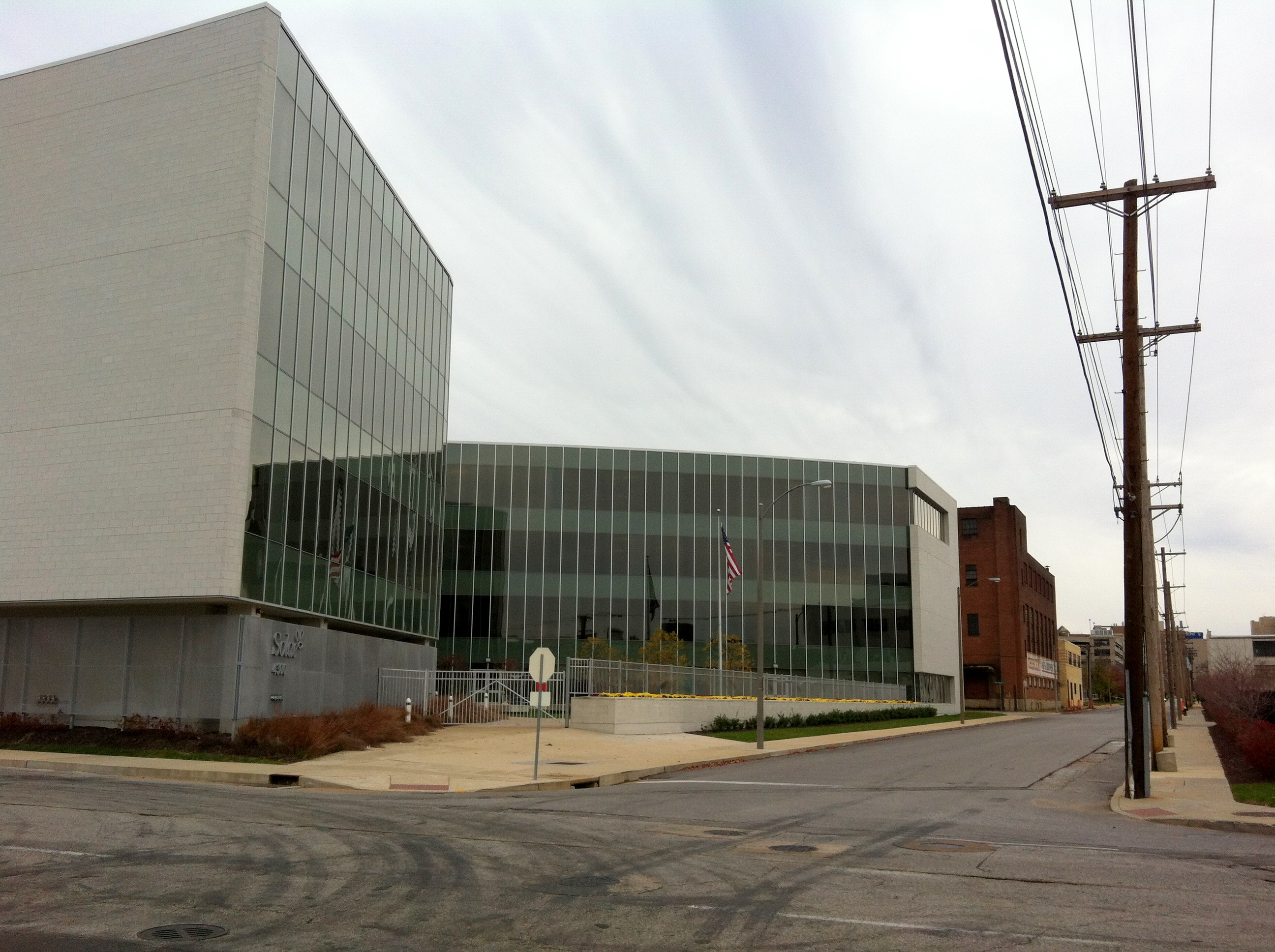 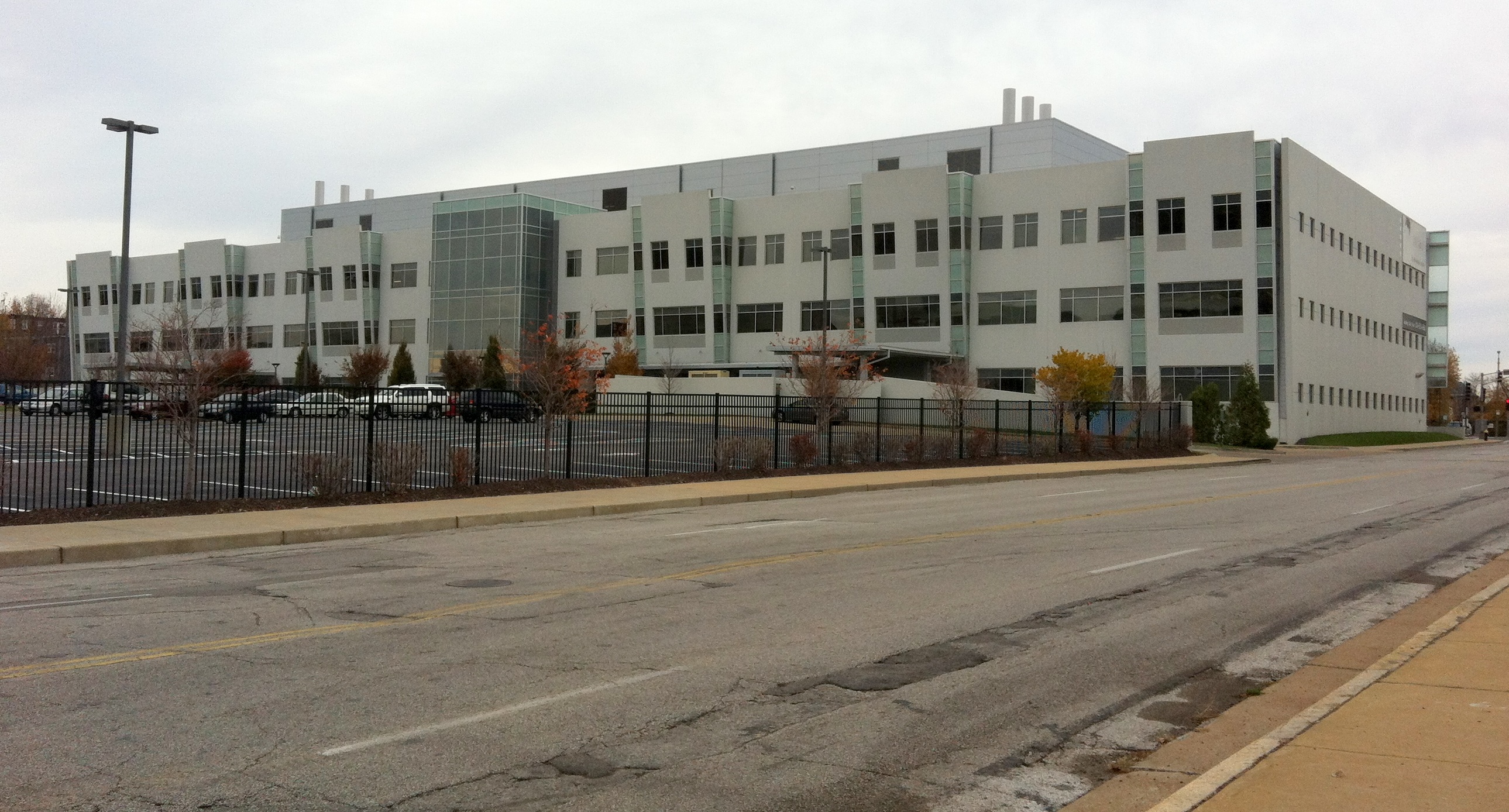 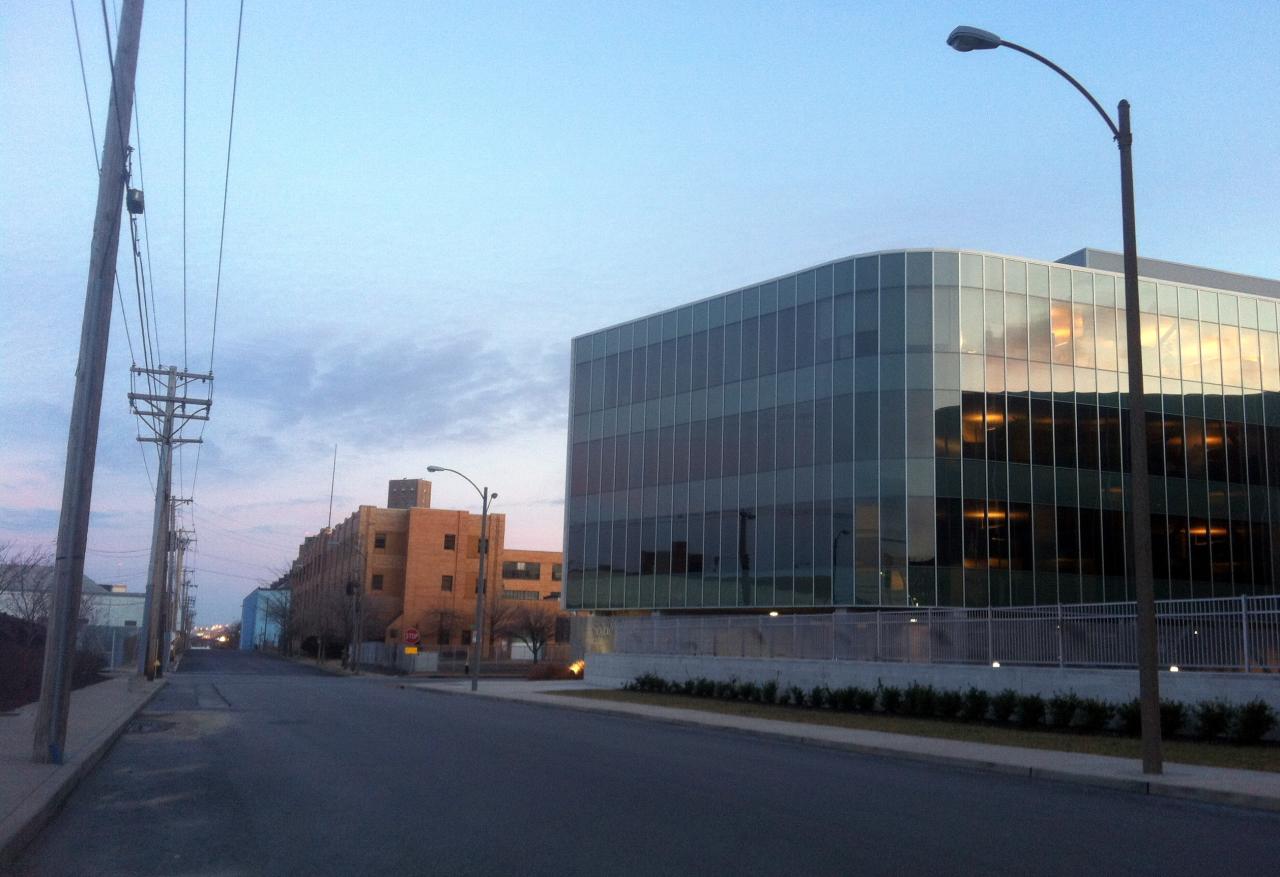 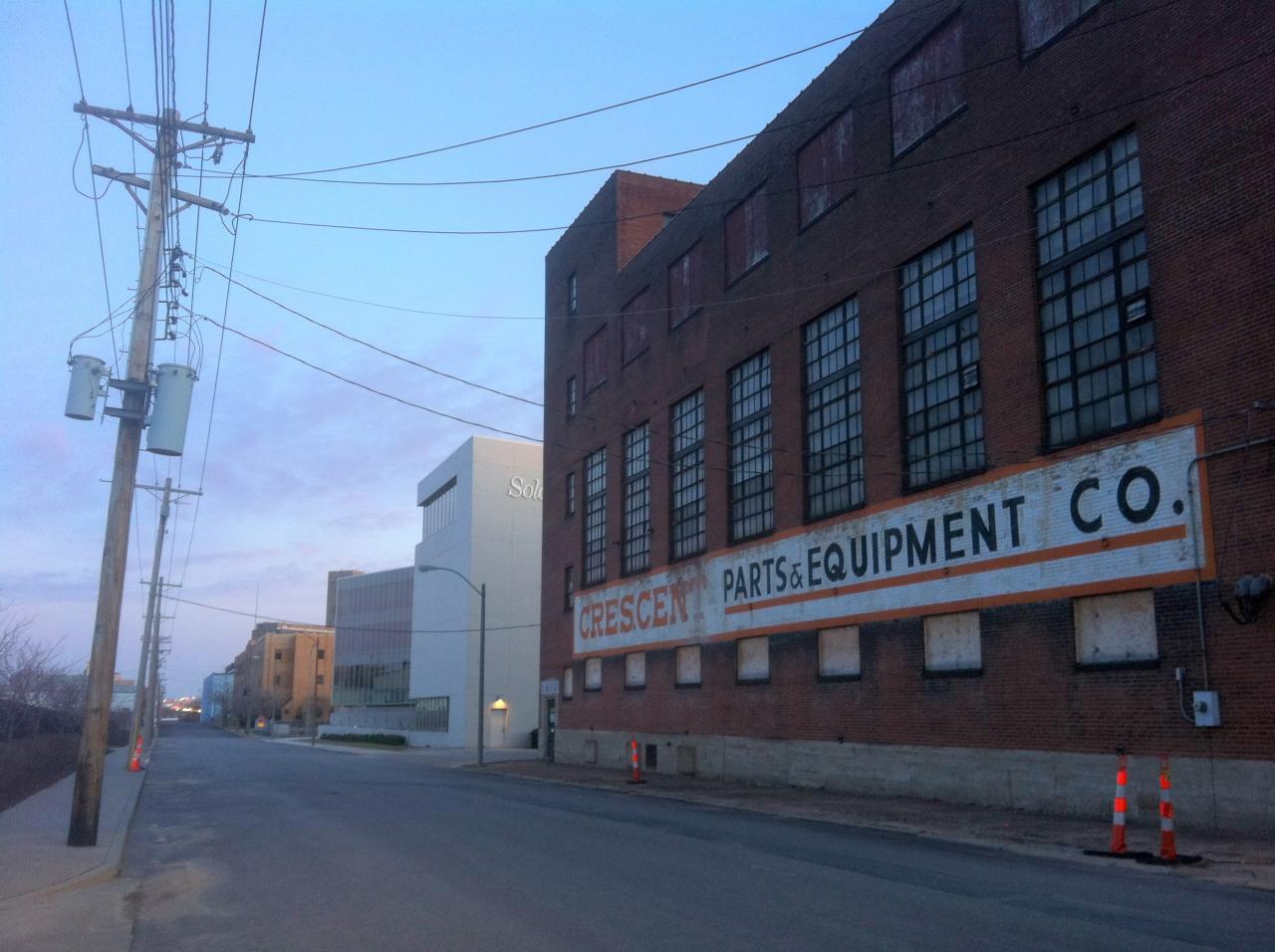 {the Crescent, Solae and Southwestern Bell buildings show the contrast of old and new that will define CORTEX}

The planned renovation of the Crescent building is a bigger surprise. Although older than the Southwestern Bell building, it lacks any terra cotta or ornamental brick work that often endowed these utilitarian structures with personality. Again, the building is tucked away, unremarkable and undistinguished to many. This is why its reuse is so important. The Brauer building is another surprise, especially as its clearance would have allowed the pedestrian plaza to extend to Forest Park Avenue. Maintaining the building smartly provides the plaza a frame. It’s corner location is important too. It’s a gateway to CORTEX and its presence next to the glass CORTEX I helps define this section of the city. 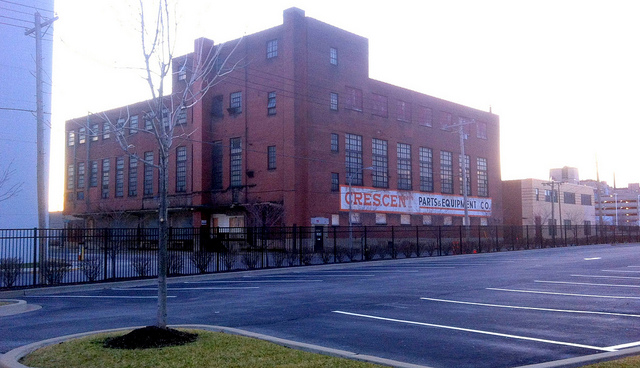 {the Brauer Supply building at Forest Park Avenue and Boyle}

To emphasize their viability, the historic buildings sit at the focal point the district. Plans show a new MetroLink station at Boyle Avenue, adjacent to the Heritage Lab Building and Solae. An event lawn, programmable space and outdoor seating is planned for a strip of parking lots leading from Clayton Avenue to the Brauer Building, forming something of a town square, or central plaza. The proposed new BJC building should provide a modern glass southern bookend. While the attractiveness of such a place is highly dependent on activity, the eastern Central West End and Forest Park Southeast, along with the several thousand nearby workers and visitors, may enliven the area. The plaza will also provide excellent access to the MetroLink station from north and south. 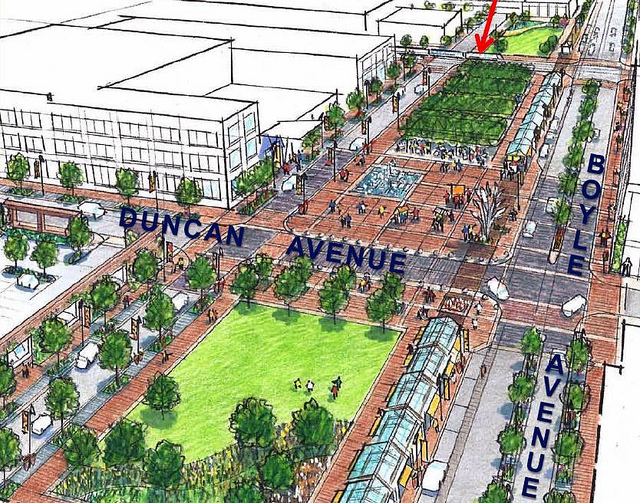 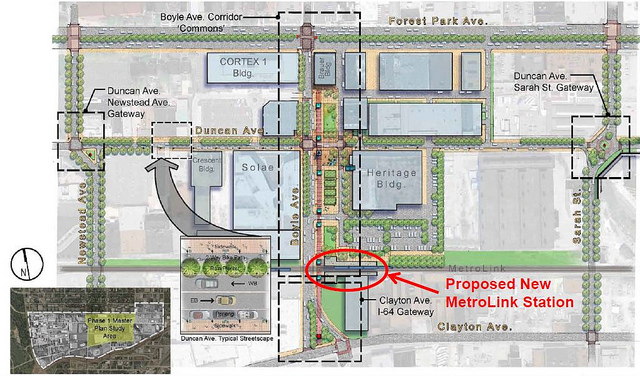 Looking at CORTEX land holdings, one can easily understand the focus on Boyle Avenue as the central north-south artery in the district: 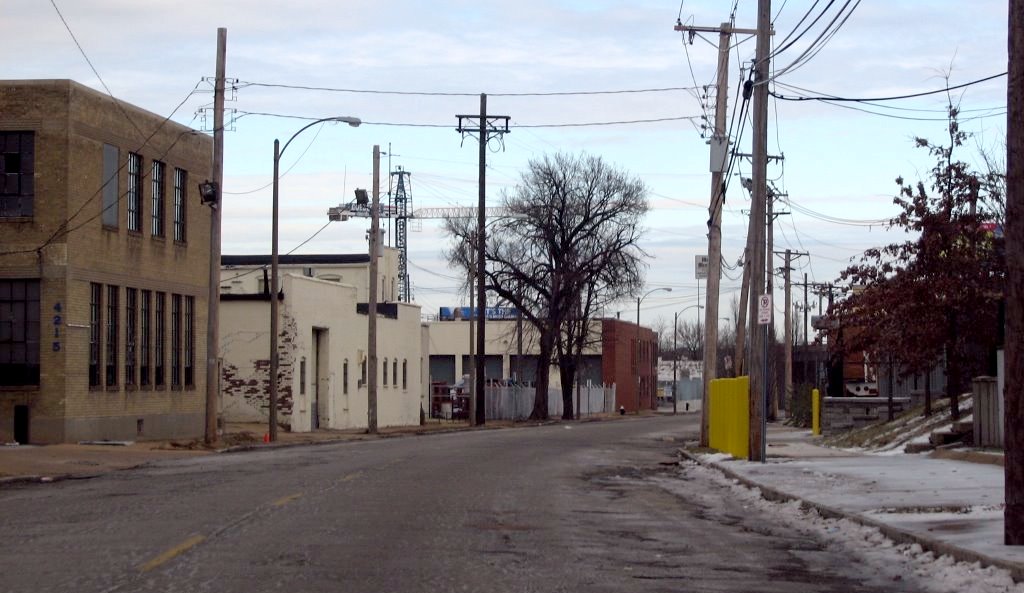 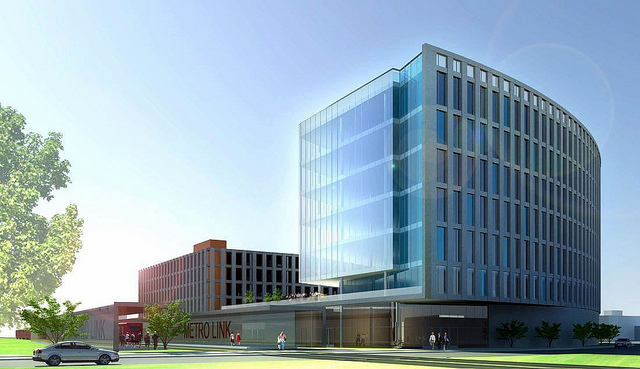 {a new 200,000 sq ft BJC building is planned along Clayton Avenue at Boyle} 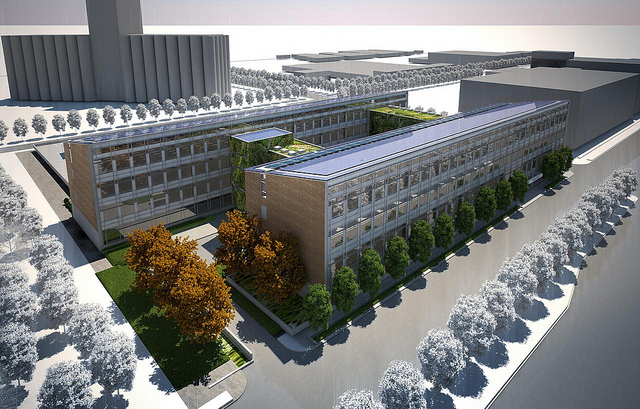 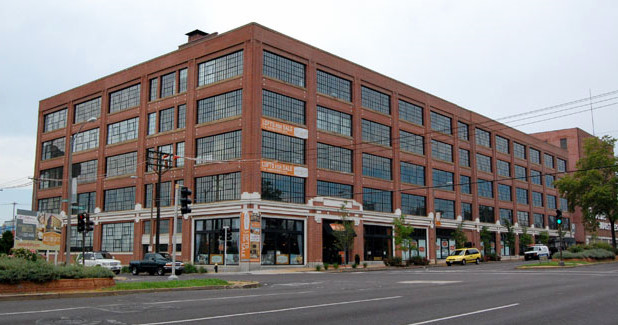 {the former Ford Motor Company plant, within the CORTEX district, is now the West End Lofts} 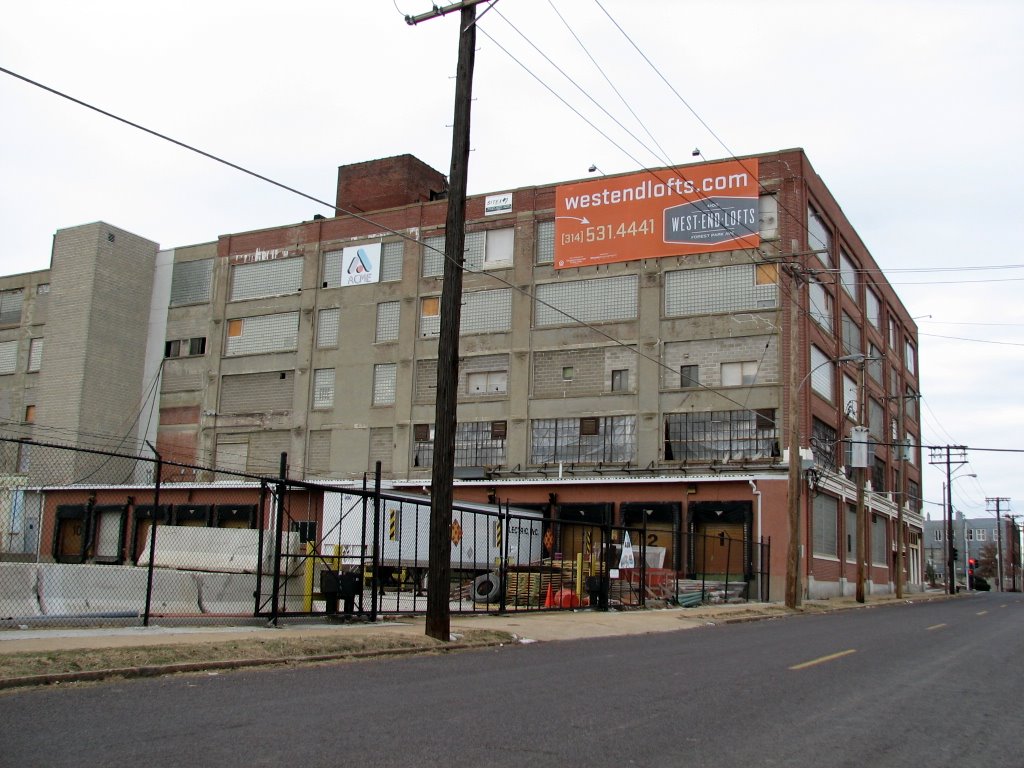 {the West End Lofts building could have been lost to demolition} 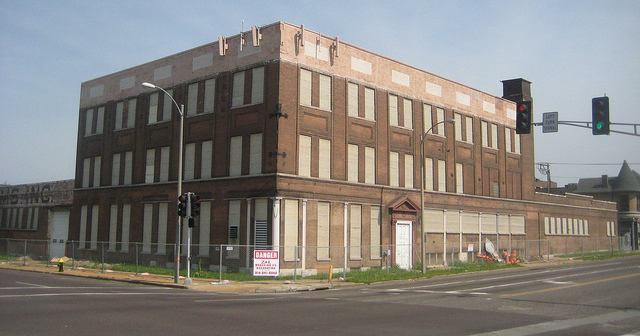 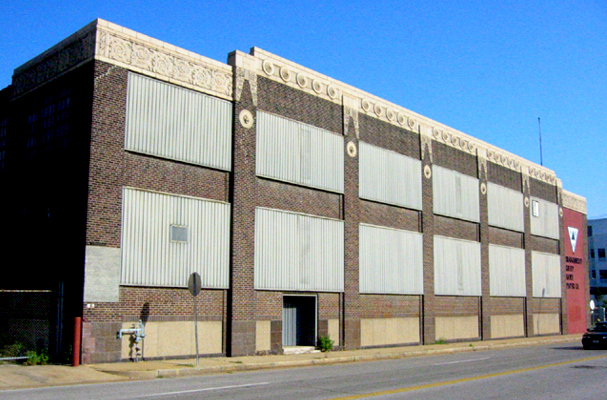 {the O. Morris Show Company building was demolished for the new Solae headquarters} 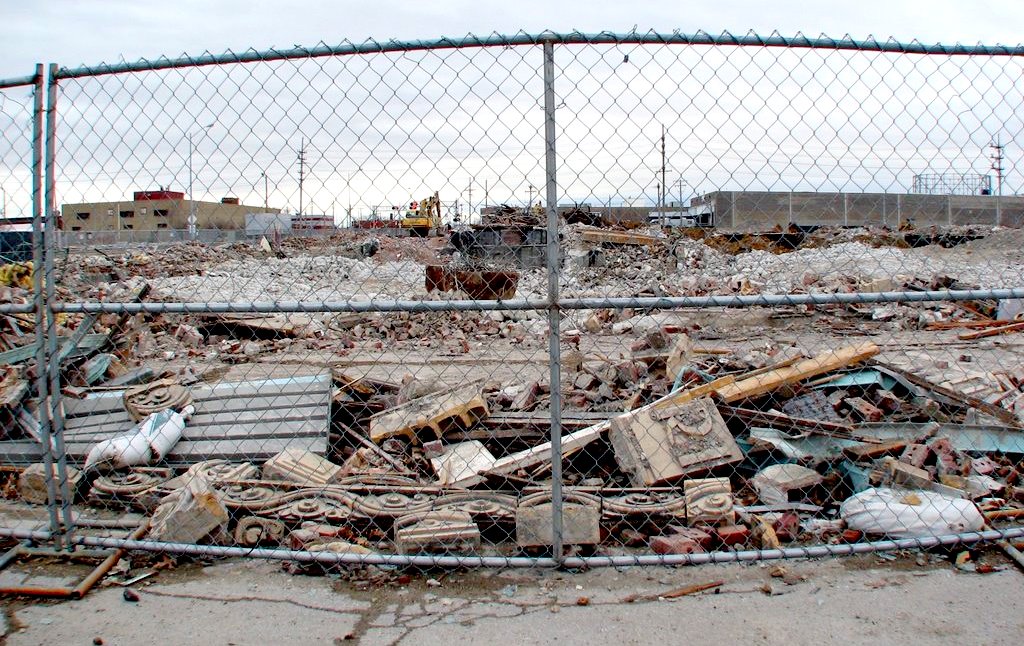 {the intricate terra cotta was an afterthought during the demolition of the O. Morris Shoe Company building} 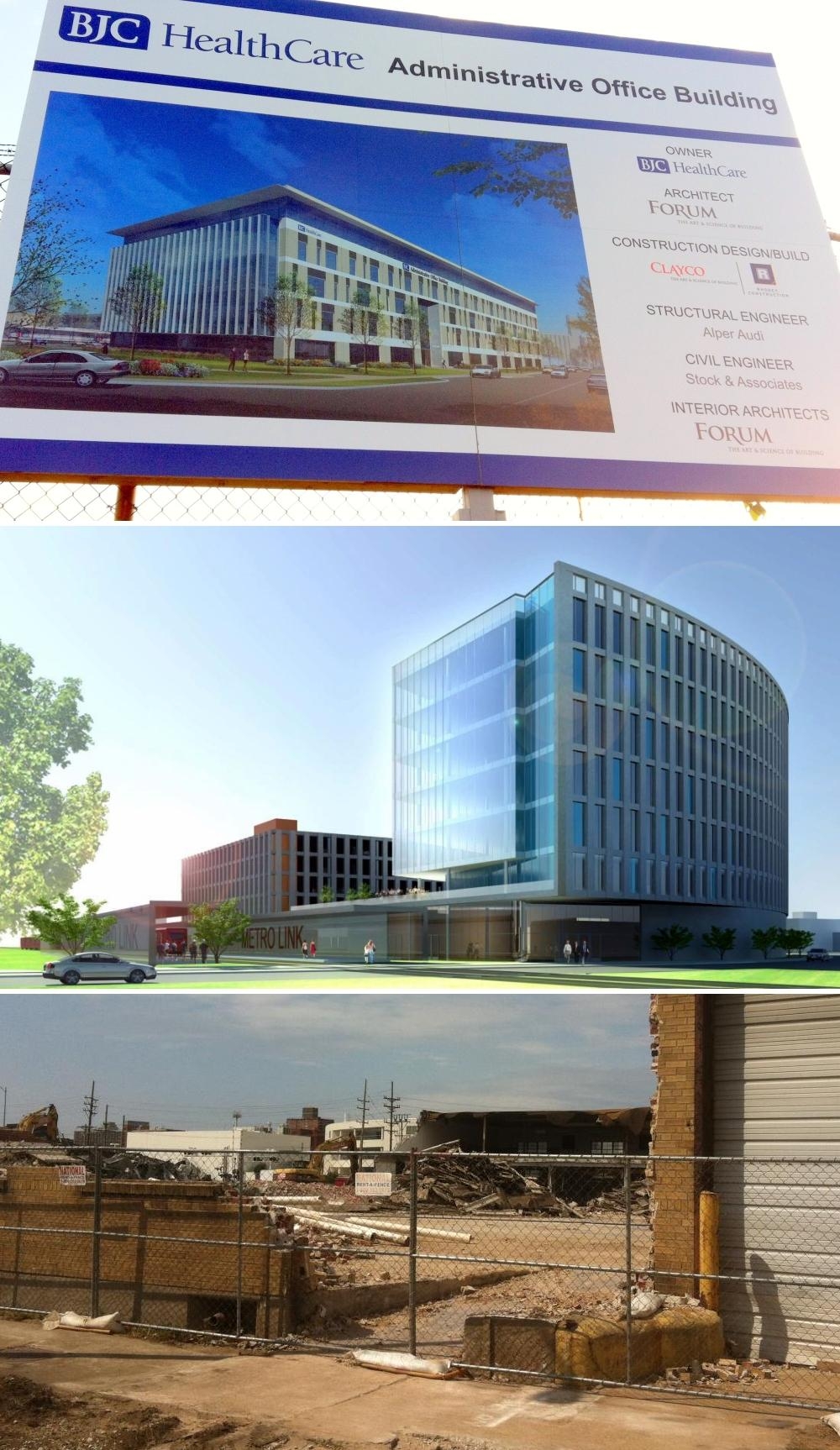 The BJC administrative building has broken ground as of September 2012. The rendering on-site is at top, with an early rendering below and a previous image of demolition at the site below that. The long sought MetroLink station is likely going to be built adjacent to this building and have access from both Sarah and Boyle, similar to the CWE station which is accessible from both Euclid and Taylor Avenues. 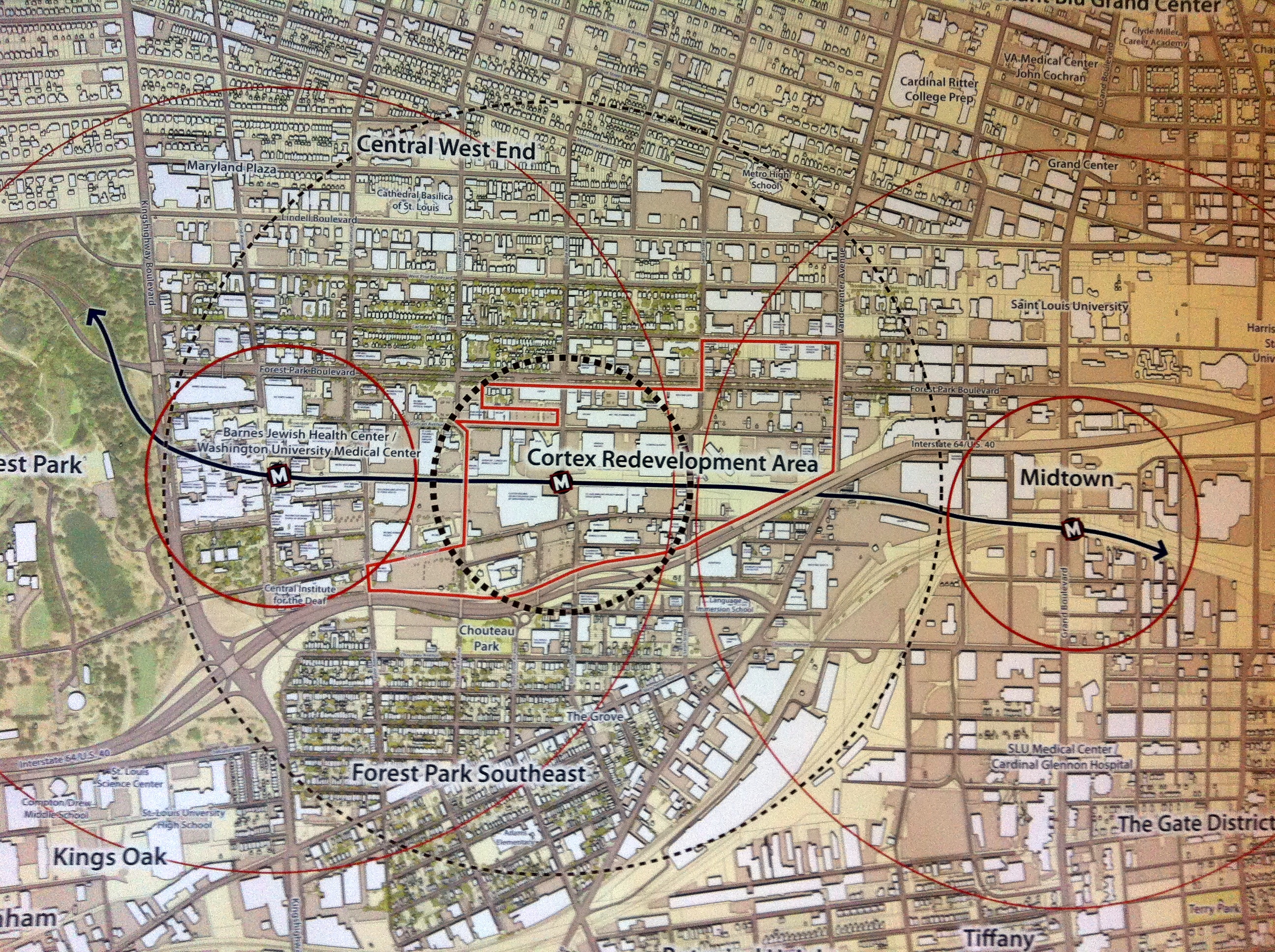 {from the May, 2012 CORTEX MetroLink planning update}