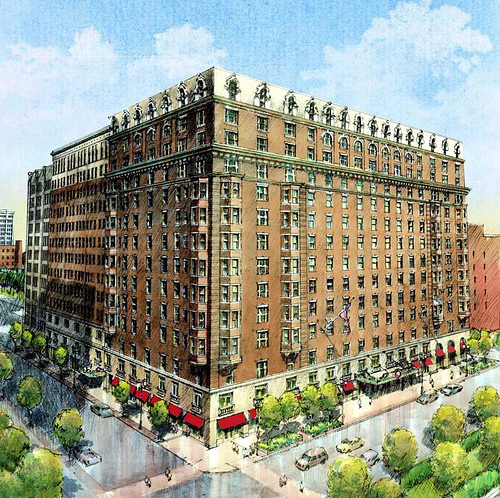 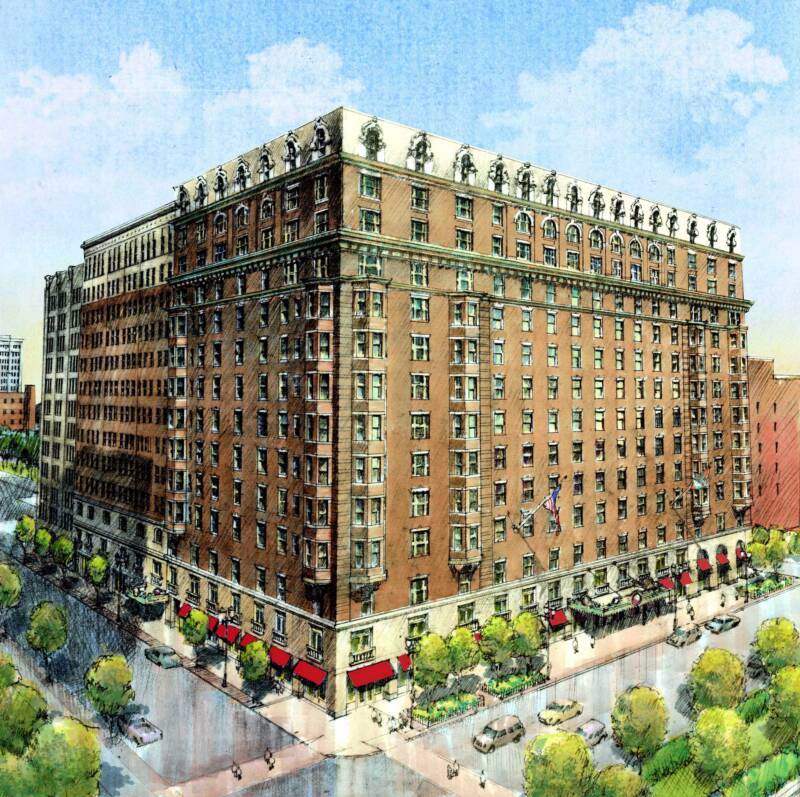 The 500,000 square foot Jefferson Arms Hotel, long a physical on Tucker Avenue in downtown St. Louis has a new lease on life. It’s another sign that the downtown apartment market is healthy. And the creative reuse is another example of St. Louis leading the way in creative reuse of historic buildings.

McGowan Brothers Development will partner with Teach For America (TFA) on a $100M renovation to develop affordable apartments and office space targeted at teachers and students participating in TFA in St. Louis. The St. Louis. TFA’s St. Louis Regional office will also be located in the renovated building.

Among other efforts, TFA recruits recent college graduates to teach for a minimum of two years in a low income community. More than 300 TFA alumni live in the St. Louis region and dozens of current participants work in the community. Washington University alumnus, Eric Scroggins serves as TFA’s Executive Vice President of Growth Strategy and Development. 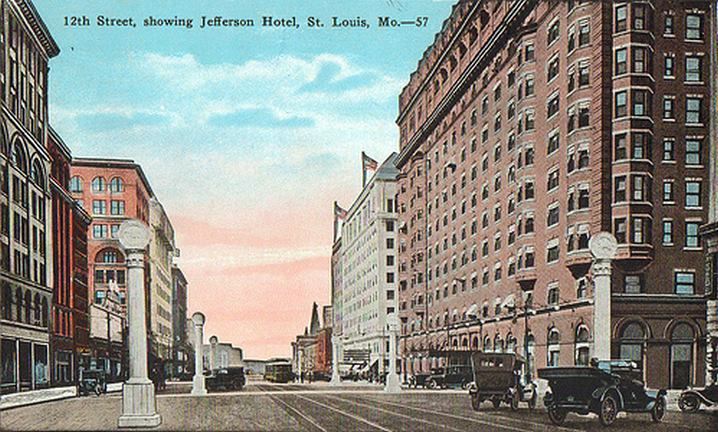 TFA is active in the St. Louis community. From Executive Director Scott Baier:

St. Louis is looking to reclaim its spot as one of the top metropolitan areas in the country. Yet the reality is that over the last 10 years we have lost 30,000 city residents, as people leave the city for jobs and better education. Our charge is clear: we will stem this tide when we have excellent educational opportunities for all kids, regardless of their ZIP codes.

The reorientation of Tucker as a major downtown thoroughfare certainly helps, as the bargain price paid for the building by developer David Jump: $1.25M – an 89% discount on the $18M 2006 sales price. The building itself is massive and anchors a very prominent view in the central business district, one dotted with parking lots and bank drive-throughs.

Though never in imminent danger of demolition, the building has been empty since 2008 when Pyramid Development purchased and shuttered the building. The planned renovation never took place and while more than 80% occupied as low income housing at purchase, the Jefferson Arms has sat empty since. 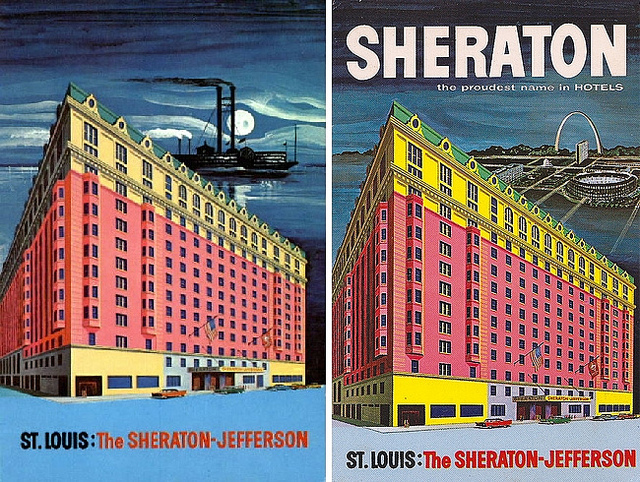 Contrary to what has been reported elsewhere, the Jefferson Hotel, as it was then known, did not host the 1916 Democratic National Convention, that predictably saw Woodrow Wilson and Thomas Marshall (from my hometown of North Manchester, IN!) re-nominated. The convention itself took place at the St. Louis Coliseum, then located at the southwest corner of Washington and Jefferson Avenues. The President and others did stay at the Jefferson while in town, when the building was less than half its current size. 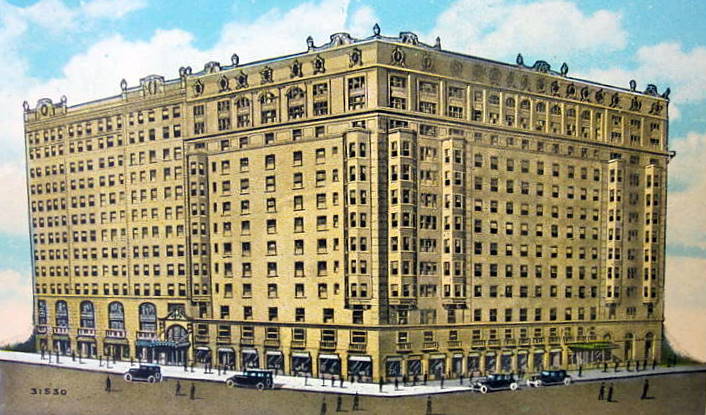 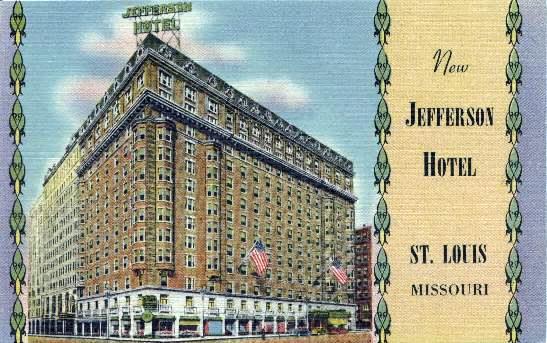 The St. Louis Business Journal lamented the nearly two million square feet of empty “ghost” buildings in a January 2011 story. It’s a very significant development that nearly one-fourth of that total will now to be put back to use. The Arcade Building, at nearly 500,000 square feet and the Chemical Building at just less than 200,000 square feet now become the largest vacant buildings downtown.

It is also a positive that this development will bring some diversity in housing downtown. The downtown market continues to be skewed toward higher-end condos and apartments. The recent renovation of the Park Pacific, with studio apartments starting at $1,100, just a block from the Jefferson Arms is a good example.

Though it’s seen better days, the building itself is beautiful, and an important one to the city. Its redevelopment may also presage new infill, a necessary next step if downtown is to continue to develop as a residential neighborhood, job center and retail destination. An active Jefferson Arms will highlight the deadening effect of the bank drive-through directly adjacent to the south. 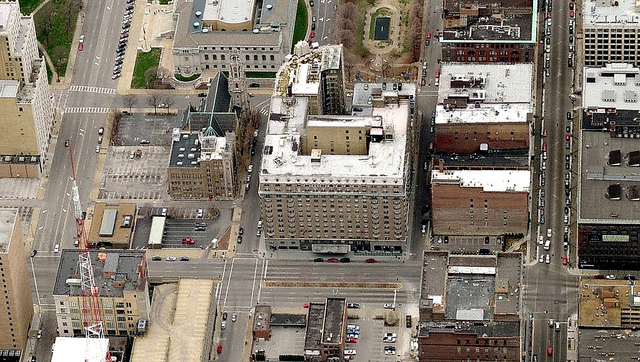 *top image is a now out-of-date rendering by Randall Studio for Pyramid.