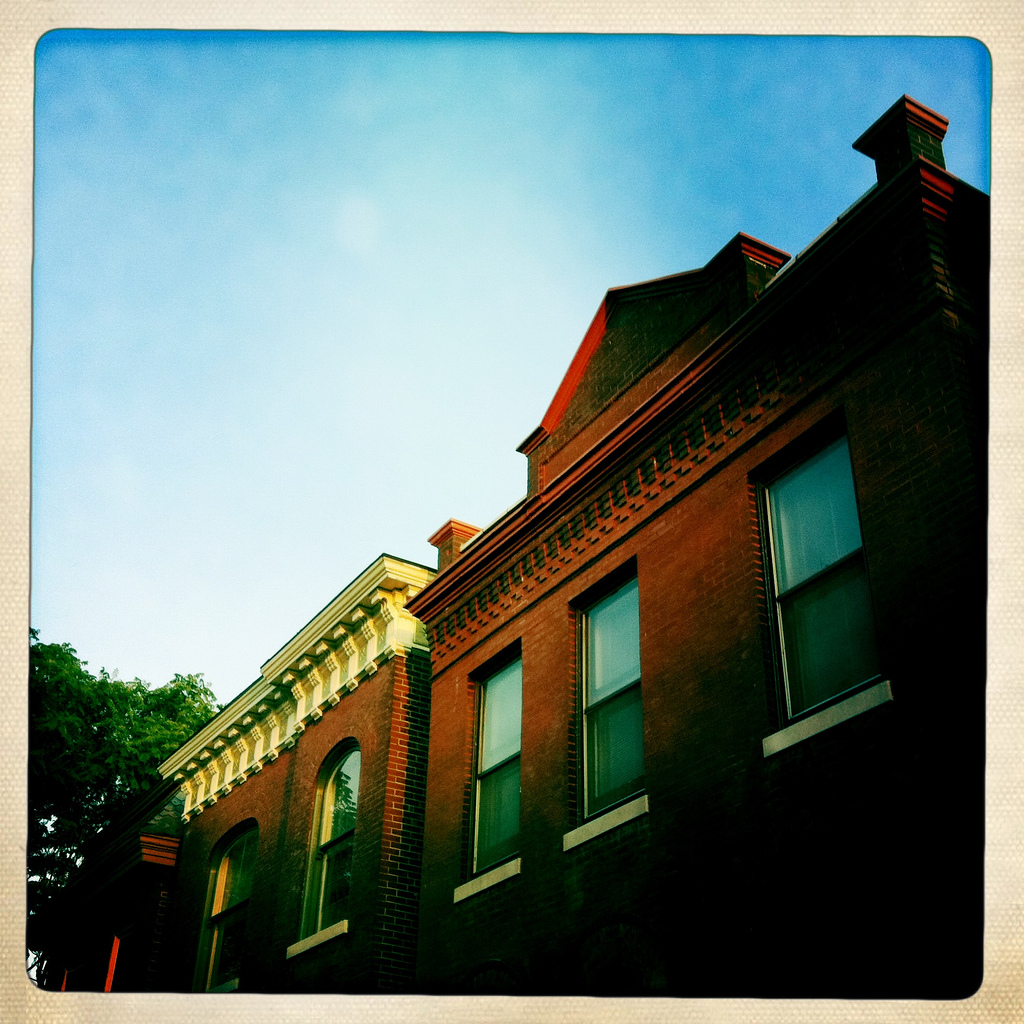 The full documentary has now been made available on YouTube as of 05/21/2014 courtesy of the filmmaker Bill Streeter. Watch the film in its entirety and read our review: 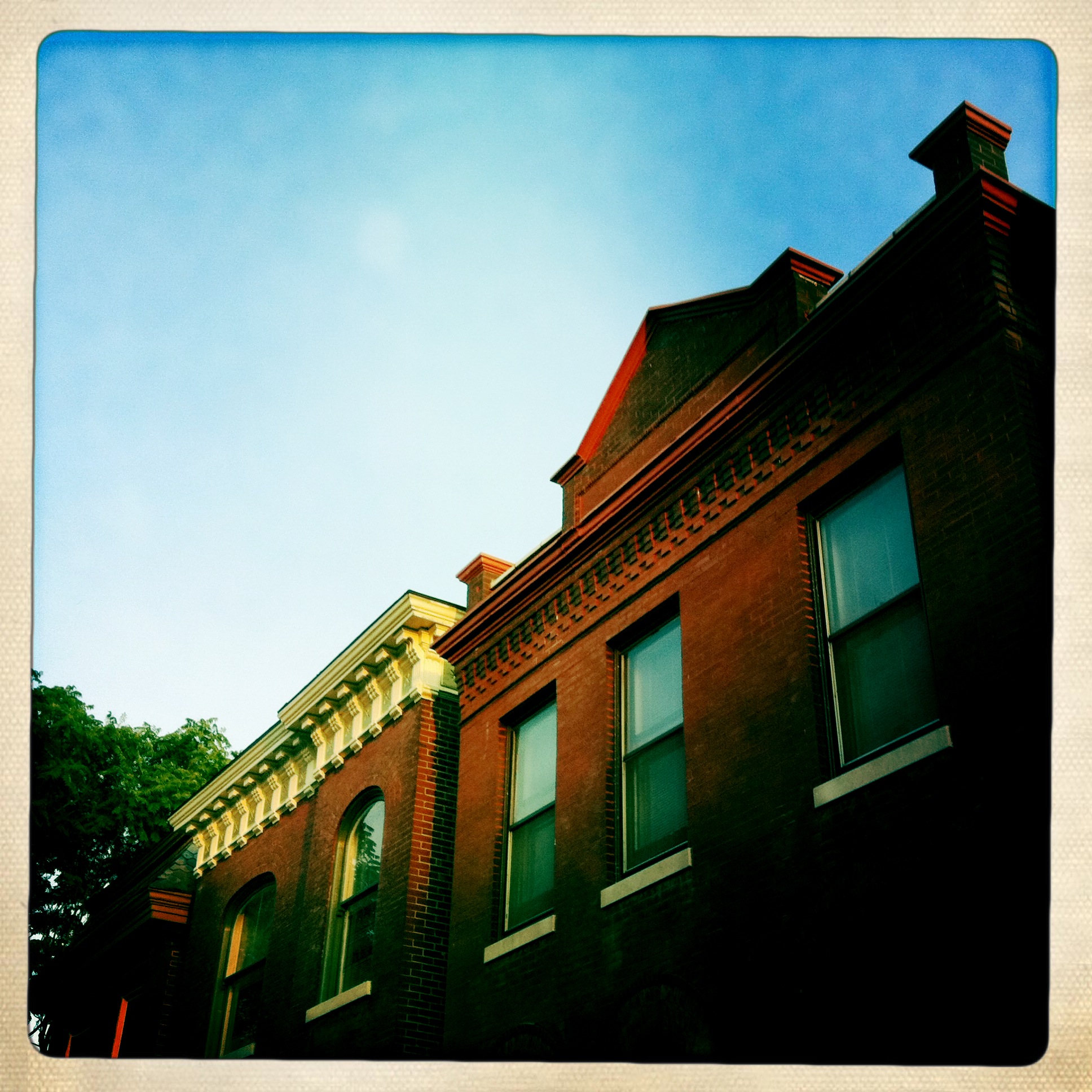 “I was always wanting to go to far-away places, which I did eventually do and I said ‘this is as pretty as St.Louis, almost. Because the quality of the everyday home in St. Louis as far as the look and the feel was so much superior to the other places I visited.” – Sheila Harris, Artist

Admit it, there’s just something about brick. Each one of the thousands of bricks that comprise a single St. Louis home has been pulled from the earth, formed, fired, touched by a human hand, carefully nudged into place, layer upon layer, one on top of another. Even a flat brick wall is a tapestry of subtle variation that displays the warmth and strength of human building, unmatched by other materials.

Bill Streeter’s Brick by Chance and Fortune is a long overdue love letter to the City of St. Louis, America’s brick city. Like most love letters, it’s passionate and honest, if a bit convoluted. The film opens with Sheila Harris expressing her passion for brick as an artist, setting an effective tone for the film. It then turns to Michael Allen of the Preservation Research Office to quickly root St. Louis brick in the earth under the current city, providing the hook for why brick matter here more than elsewhere.

Neighborhoods like Cheltenham (which takes its name from the clay geologic feature below the soil) sit on top of large clay beds and were the site of some of the largest brick manufacturers in the world. That clay was literally under the feet of St. Louisians is why, more than the fire of 1849, or any building code, we are a brick city. The segments of history and geology are done well, but the subject may have been better served by offering more brick love and intertwining history here and there, but it’s informative and will appeal to many.

The “Scrubby Dutch” segment on glazed brick is a treasure, though a little more research as to why glazed brick was used would have been a good addition to the story, beyond the single theory offered. The pride homeowners took in their brick homes is something to cherish. The image of someone actually polishing the brick on their home elicits pride even today. 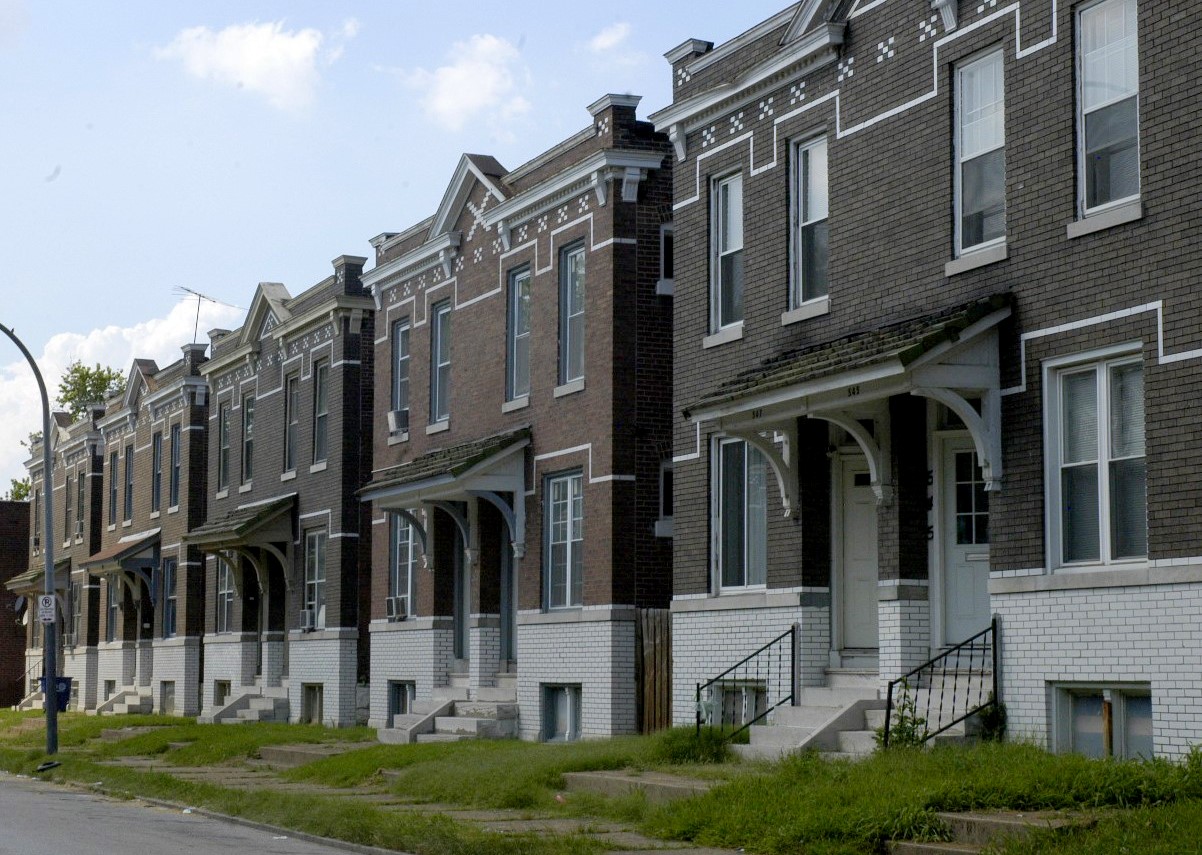 {smaller homes with extensive use of glazed brick – Carondelet}

Focusing on the role of unnamed and unknown designers of brick buildings is a highlight and gives a another peek into what makes St. Louis so unique – the overwhelming amount and variety of brickwork. The raw material was here, allowing bricklayers to experiment and create endless variation, but the talent was here as well and that human story is important.

As Larry Giles, President of the Building Arts Foundation, explains in the film, there were bricklayers and frontmen. The frontmen, as the name would indicate, did the fronts of the buildings and were often an elitist group of bricklayers. As Giles says, “Englishmen with derbys”, who set up their own scaffolding and had their own hodcarriers. Skills involved in brickwork were substantial. Part science, part art, apprentices in St. Louis had to master building seven distinct types of arches and much more. This is where modern bricklayers and tuckpointers may have been able to add to the story.

Brick theft simply had to be part of the film, but too much time is given to Fourth Ward Alderman Sam Moore, a passionate defender of the city’s brick homes and heritage. It’s a tragic and very real problem, but little additional is gained after the first five minutes and several images of theft. Each brick was touched by an individual and each lost brick takes something away from that story. It’s the passionate response to brick theft that tells the story better than the facts.

Preservation is covered to some extent as well, but mostly in regards to Historic Tax Credits. I would have loved to hear form those actively renovating brick homes and other buildings, to hear the challenges and rewards of working with 100+-year-old brick construction. How does a brick shell become a habitable building again? 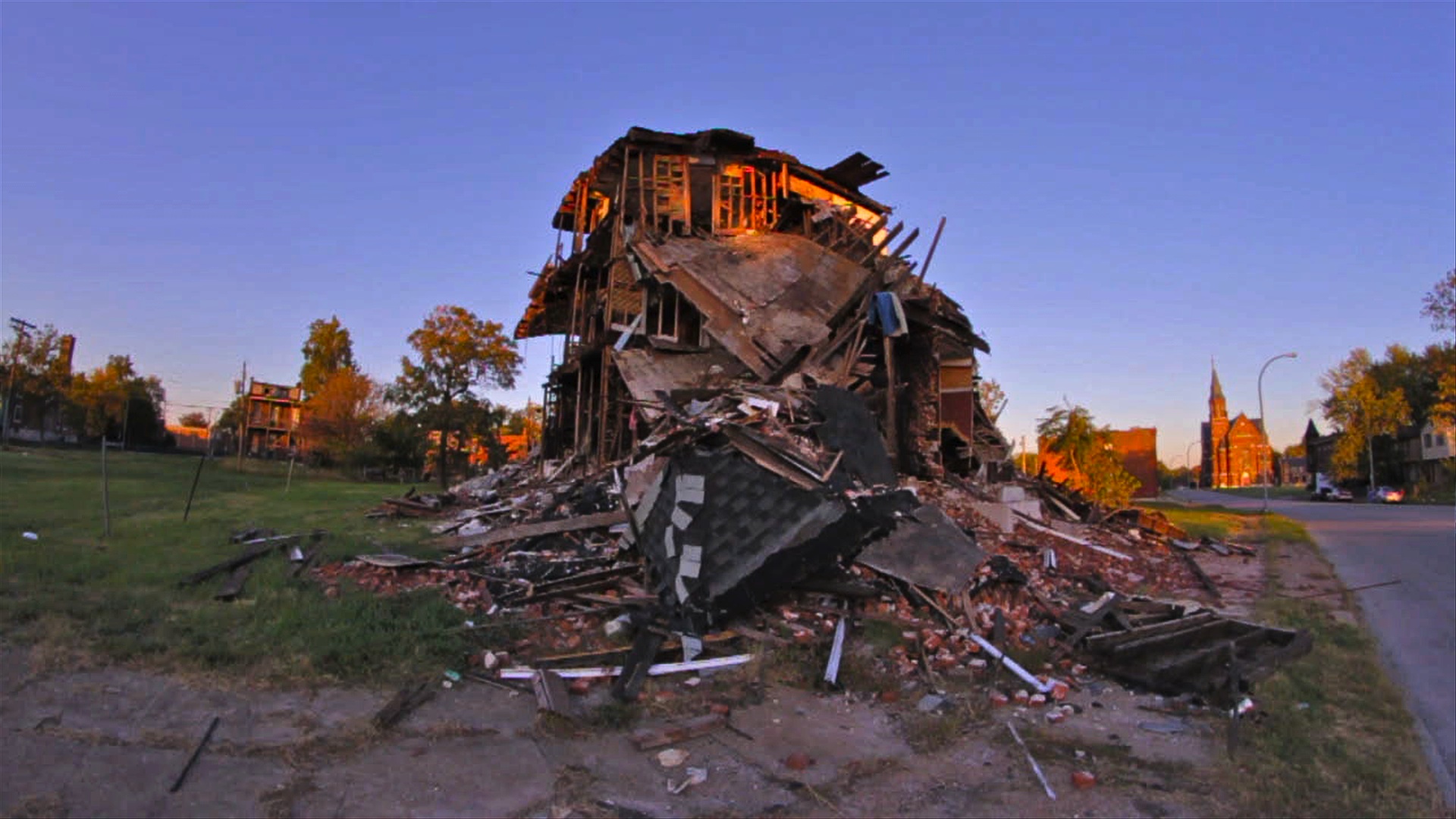 {still image of brick theft from Brick by Chance and Fortune}

The individual graphic packages are done exceptionally well, such as the opening scenes in downtown, explanation of the geology of clay deposits and the comparative images of brick theft. Even the live shot introduction of featured individuals is nicely done. Yet these items lack a cohesive look that may have added strength to the larger narrative.

At 67min, it’s likely the perfect length to satisfy all but the most obsessed (unfortunately I may be one of those) without losing a more casual viewer. The fact that Streeter can cover such an expansive topic in just over an hour is a credit to his skill. There’s enough history to tell the viewer why brick means something more in St. Louis than elsewhere, but the voices exude wonderful passion.

Brick is visual, visceral and more images would have been better. It would have been nearly impossible for the film to include too much footage of the brick city. Streeter turns his camera on some of the most beautiful brick buildings in the city, but showing more may have added to the sense of depth of the city’s brick heritage. Perhaps it would be overkill, but it’s not just the unique brick treatments that make St. Louis unique, it’s the shear mass of brick buildings. 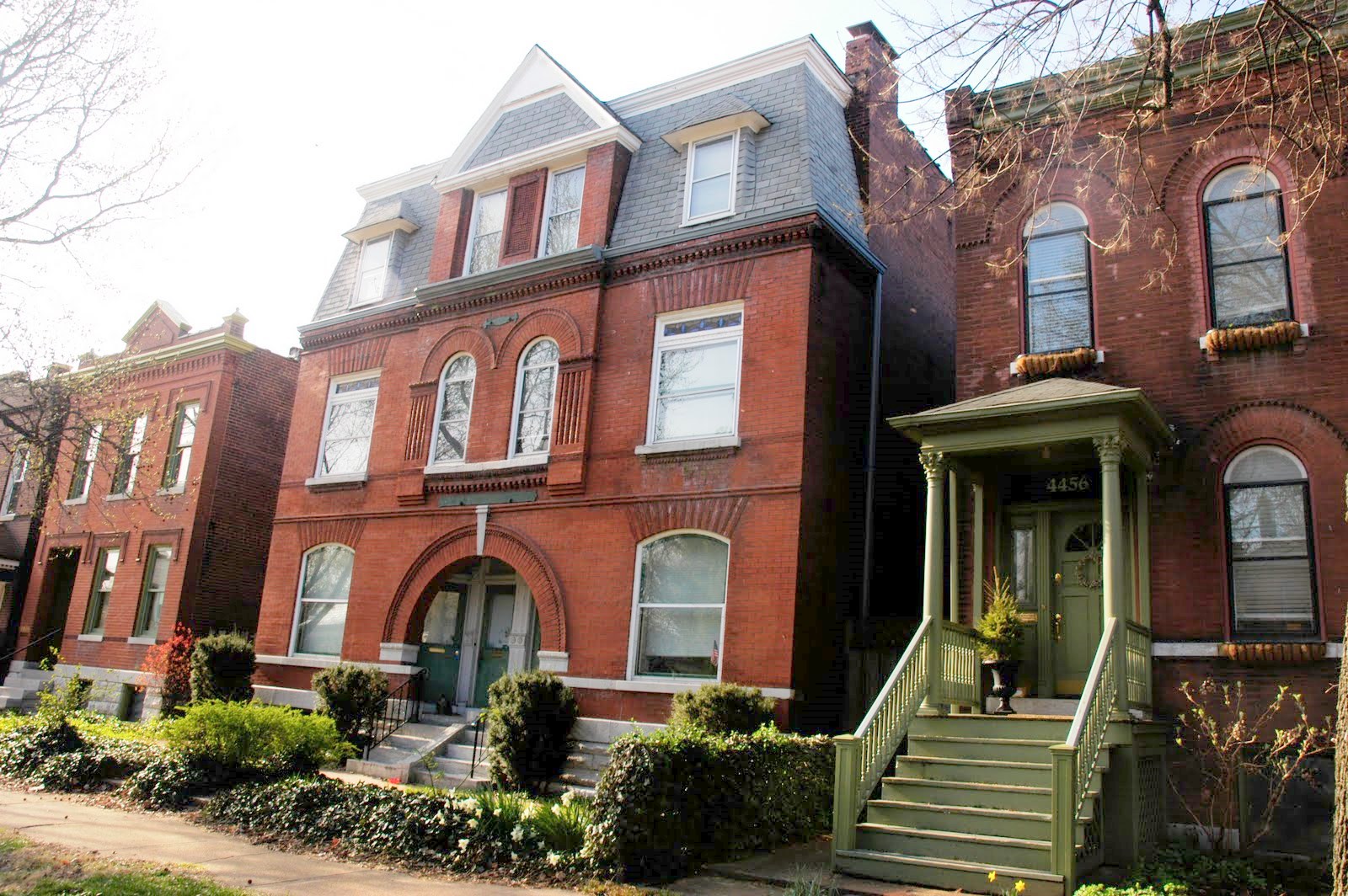 Admittedly, my critique is less about Streeter’s film than it is about my belief that brick in St. Louis deserves the 10-hour, nine-episode Ken Burns treatment. But enough about what I want. This isn’t my film.

With any luck, this film will serve to engage more people in the preservation and celebration of our brick heritage. No effort will prevent more loss as brick thieves and simple neglect and development continue to decimate parts of St. Louis, but brick will remain the uniquely distinguishing characteristic of the city.

“The City of St. Louis is always trying to build these bright new shiny toys trying to impress outsiders. But how many times have you had out-of-town visitors who immediately get excited about how beautiful this city is? They talk about all of our beautiful buildings and all of this history and these buildings…” – Toby Weiss, Preservation Activist/Blogger

Much of the film’s value lies in its subject matter. St. Louis needs to be celebrated, its true unique character should be championed and this film does that in spades. What could be more important than recognizing literally how this city was built?

St. Louis doesn’t excel at telling its own story, its oldest, most deeply rooted, most unique story. Streeter has given an immense gift to the city, its residents, admirers and those who have yet to discover St. Louis.

Visit the Brick by Chance and Fortune website for upcoming showings. 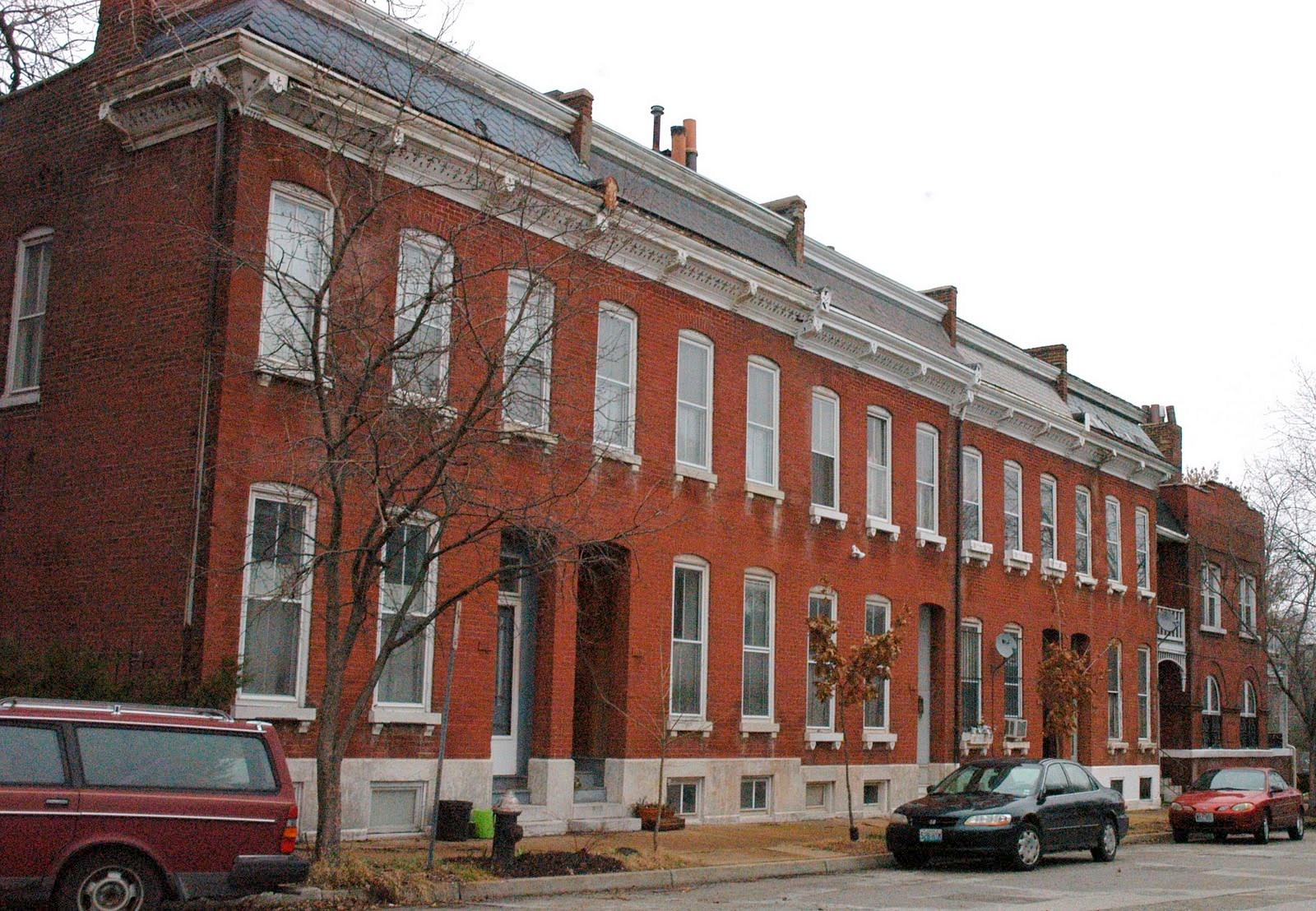 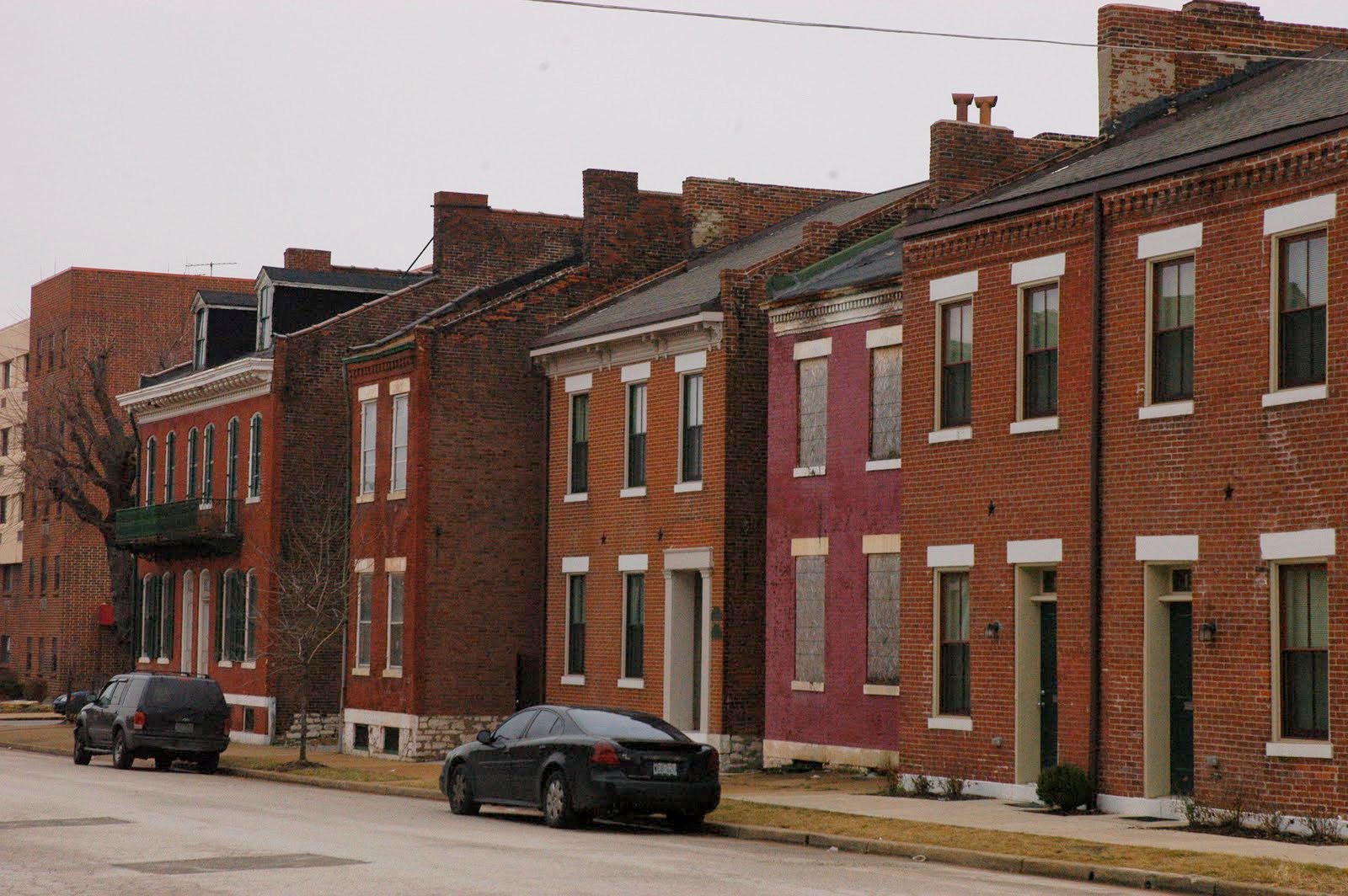 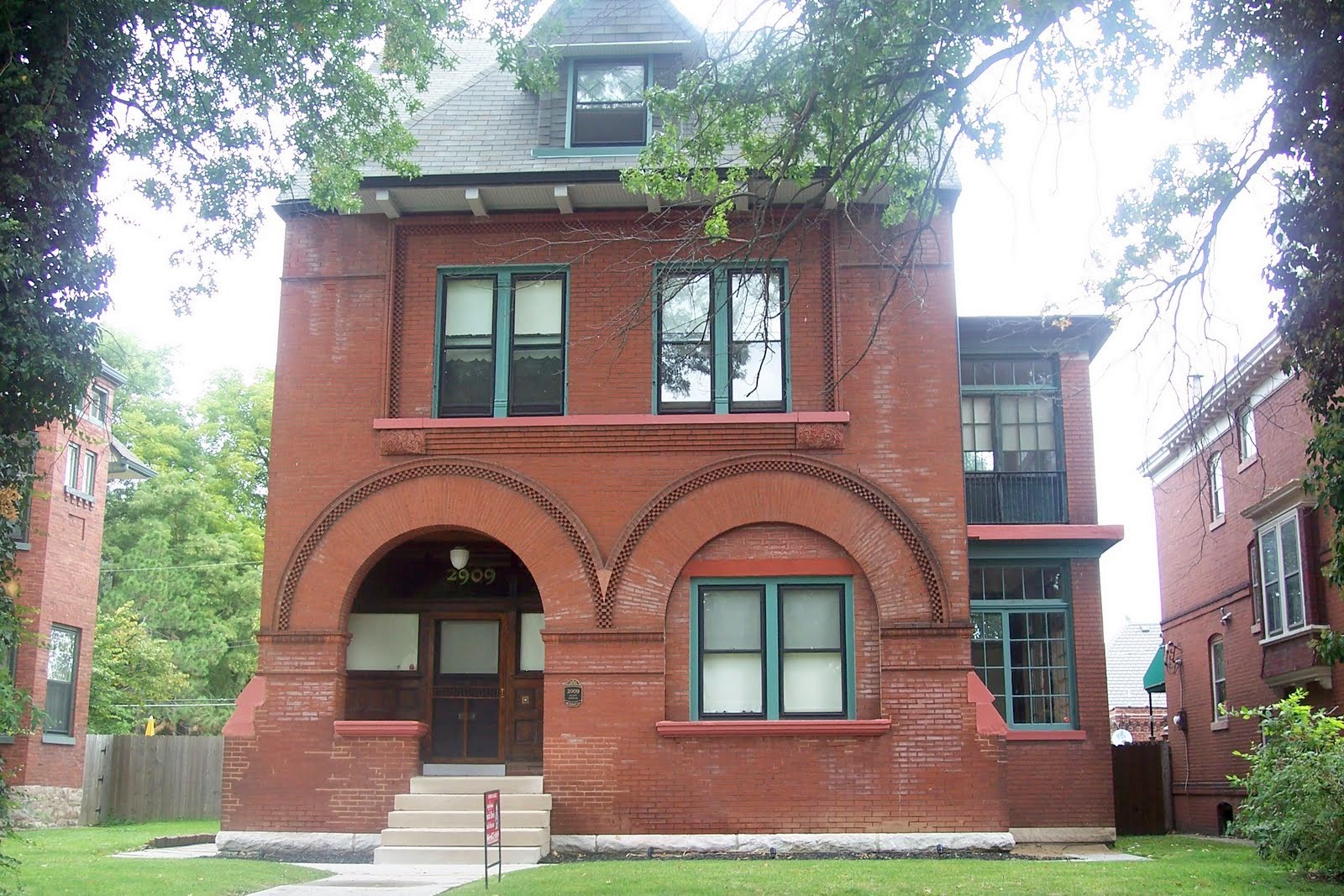 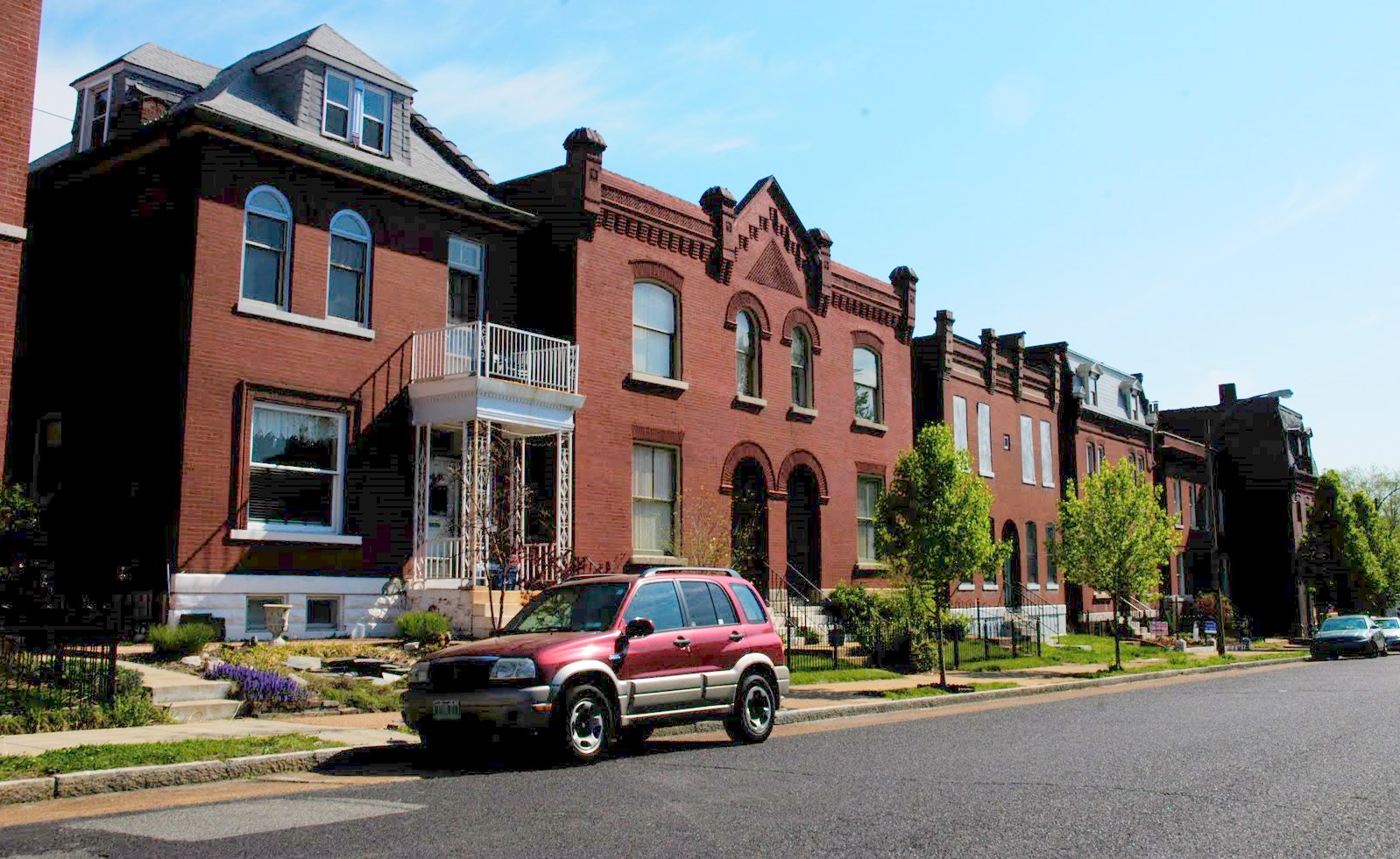 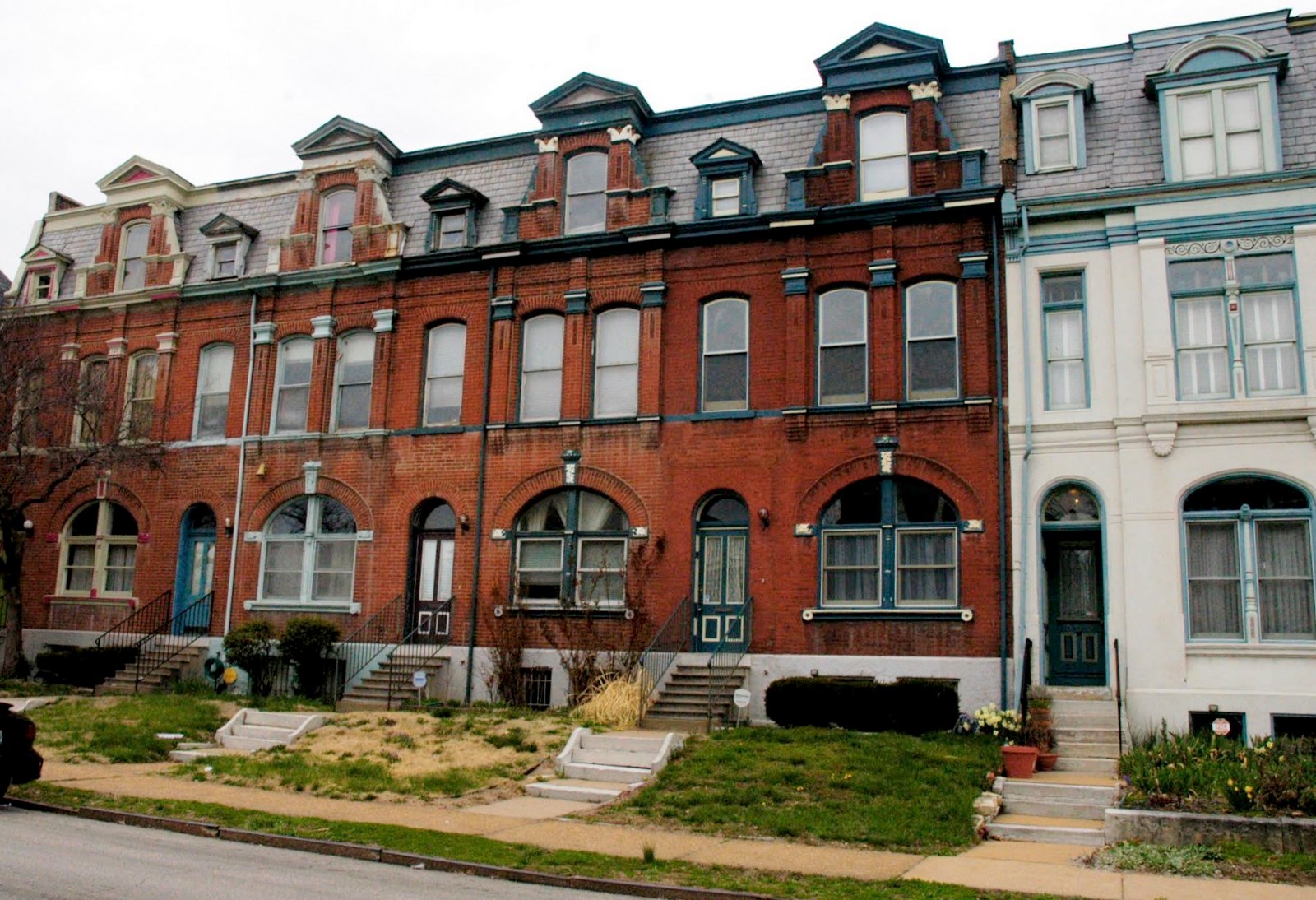 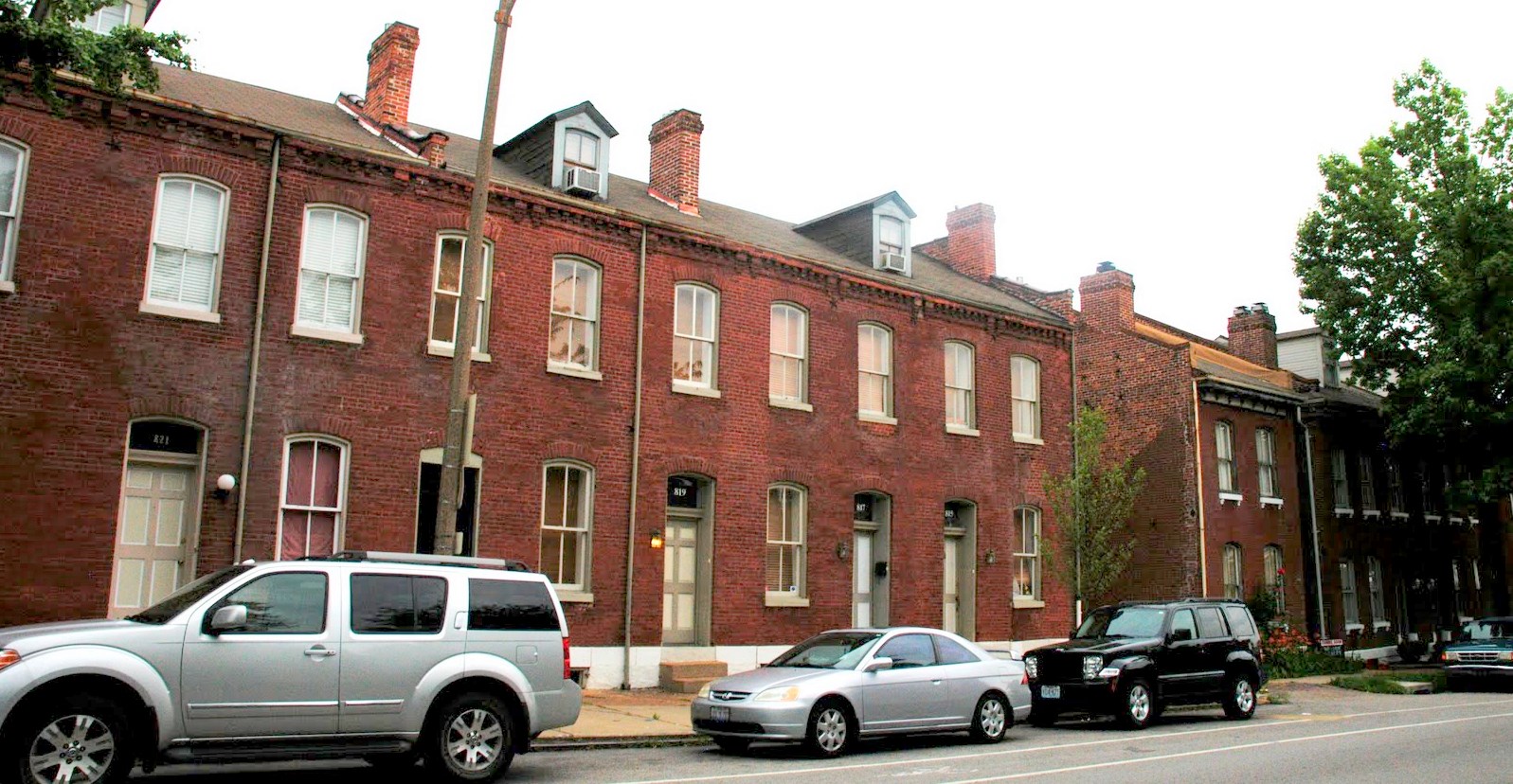