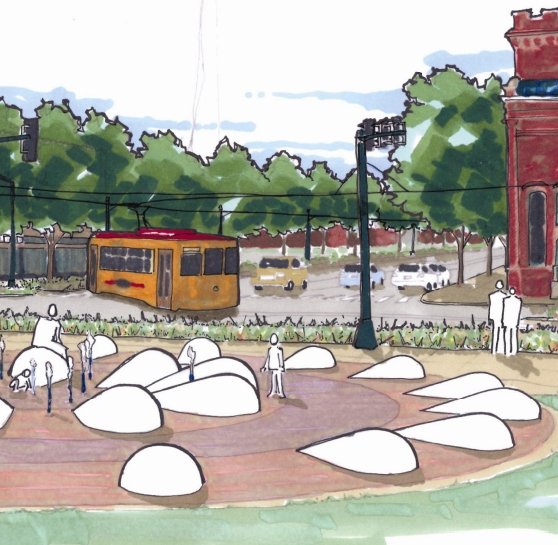 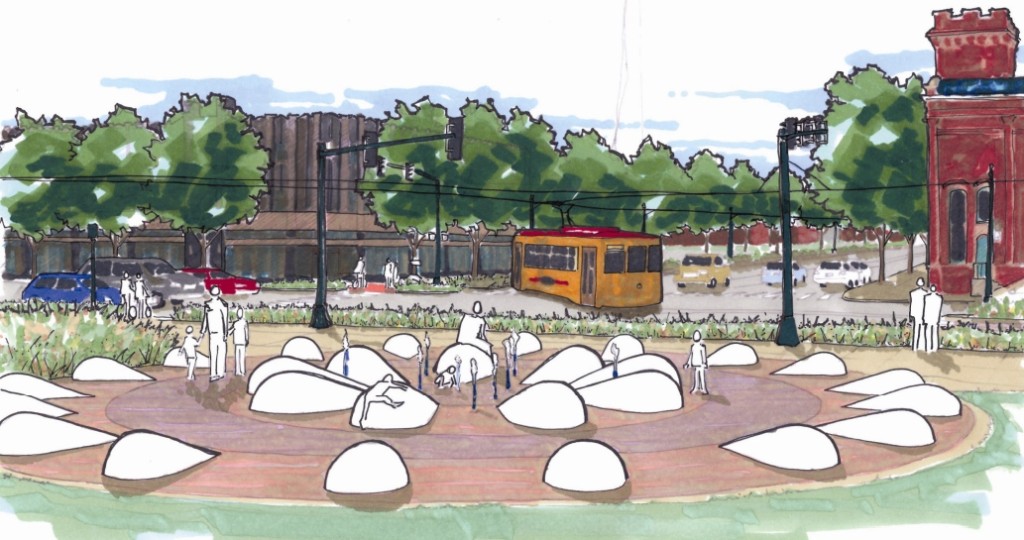 A couple years from now when you’re watching the eclectic shops of St. Louis’ Loop glide by from the seat of a streetcar, you’ll have one man to thank. Yes, unofficial Loop Mayor Joe Edwards of Blueberry Hill and The Pageant fame, had the vision for what he calls the trolley more than a decade ago and many others will have helped guide (and fund) the project by the time you’re sitting in your air-conditioned seat, but the person who will make this streetcar work is Tim Borchers.

Tim is a streetcar builder and operator. When steel wheels hit the rails, he’s in charge. So who is Tim Borchers? A self-ascribed “Streetcar, Trolley & Tramway Specialist”, he has spent 32 years in the industry, working first with the Bendigo Tramways in his native Australia. In fact, he still owns a home just steps from the tram in Bendigo, a town of nearly 100,000 sitting 150km north of Melbourne. Beginning as a tram mechanic, Tim became superintendent of the tramway in 1999. He’s also worked in London, Berlin and elsewhere around the world as a build consultant and troubleshooter.

His experience may make him well qualified to head the Loop Trolley effort, but what makes the Loop Trolley an attractive project for him? Afterall, he and his wife recently purchased a condo in the Ybor City section of Tampa, FL where Tim managed the 2.7mi, 11 station TECO Line Streetcar System until 2008.

It comes down to the people involved with the project. “It’s a smart board. Sometimes you can’t say that, but here there are a lot of people with good ideas,” Tim says. And he’s convinced there’s funding to build a quality system. “My biggest worry (before taking the job) was whether it could be funded. The project has exceeded my expectations. The community supports this,” Tim said, citing Proposition A, a ballot measure that provided funding for Metro transit by adding to the county sales tax, which was overwhelmingly passed by St. Louis County voters, and private meetings he had in St. Louis prior to accepting the position.

Tim’s responsibilities will have him in St. Louis 3-4 days a couple times each month to begin, but he expects to soon be spending 4-5 days every week on the project in the near future. At that point, his family will move to St. Louis and be looking for a home within walking distance of the line. “Of all the times I’ve been in St. Louis, I’ve never had a car.” And he’s been here are few times, lured by the streetcar history of the city. He’s met Andrew Young, author of the St. Louis Streetcar Story and attended a light rail conference here. His wife, from Chicago, even wrote her thesis on the MetroLink system in the 1990’s.

Tim is clearly looking at not just having the resources to build the line, but ensuring that the region can capitalize on the line as an economic development tool. While current development in the Loop is confined to a walkable, roughly 3/4 mile, distance, the district continues to grow eastward. The 2-mile line aims to spur development along the eastern 1.25 miles. At a length of 2mi, walking the entire district, and back, becomes unlikely.

“What’s here at the moment won’t be what’s here in four years,” says Tim. “As soon as the first bitumen (blacktop) is broken, development will begin.” He uses the cringe-worthy word “transportainment” convincingly, describing the concept as “systems carrying people looking for entertainment, food, shopping, music, and workers for those businesses.” Tourism is expected to be important as well. With the line intersecting with MetroLink at the Delmar and Forest Park stops, connecting to the line will be easy.

The trolley will be a standalone line and not integrated into Metro for management or operations, though there is hope that Metro transfers could work on the new line. But if things develop as hoped, the initial line will become a system itself. “Don’t build this system as an island, but as a system. Everyone I’ve spoken to (in St. Louis) is planning for future expansion,” said Tim. Current plans call for single tracking east of the Delmar MetroLink station, but according to Tim, if properly planned, the single track will not constrict expansion as passing loops can be added, or cars can be coupled to add capacity. Tim expects the line to run lead times of 10-20 minutes depending on demand.

Many of the details for the line remain to be decided and this is where Tim really shines. If you get a chance to meet him, ask about induction charging, or mention that you just saw a new design for a pantograph, then stand back and listen. This is what will make the line work.

How much overhead wire is needed (the current plan calls for 1.5 miles of it)? Maybe none. Is the grade at the west end of the loop too much for simple Ni-cad batteries to maintain speed? At which stops would induction charging make sense? Preliminary engineering reports offered some ideas and focused the options. Now decisions will begin to be made. 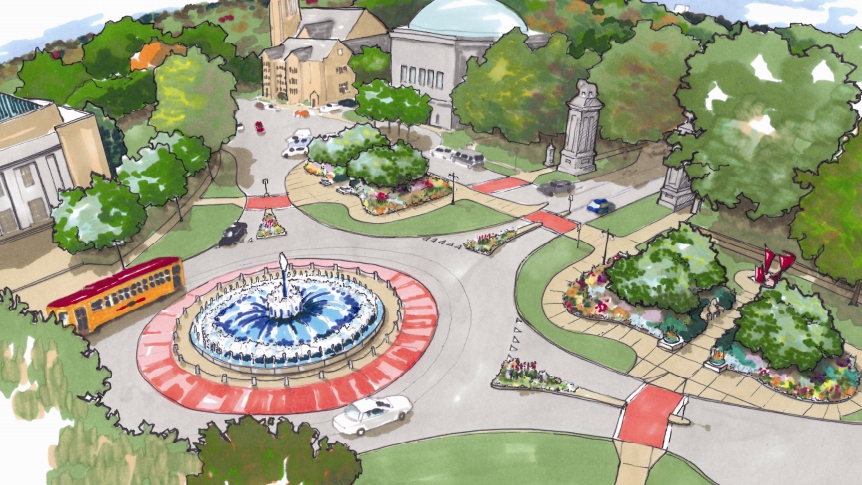 What other technology might the line see? “If the budget allows for real-time GPS tracking, we’ll do it at opening,” says Tim. GPS tracking of each car could be offered on a mobile phone app, via a map at trolley stops, or by automated sign stating the expected arrival time of the next car.

So what’s next, now that Tim is at the controls? More planning, reporting and preparing documents to begin with. There will also be another round of extensive public meetings. “The challenge is to fit the tram system into the community and not the community into the system,” says Tim. We can expect additional public forums and opportunities to provide input on station location, streetcar amenities and more.

Pushing the community and creative process forward will likely be the man who first envisioned the trolley. “I’m remarkably impressed by Joe Edwards. He is totally focused on customers,” said Tim. “He told me we need to find a way to get bikes on board. There’s not a single streetcar system in North America that carries bikes.”

And after the system is up and running (maybe early 2013)? As someone who has long specialized as an emergency problem-solver for streetcar systems, Tim stated, “They’ve done something very smart, they’re keeping me here for 6-12 months of operations.”