Sign the I oppose demolition of the Phillips 66 (Del Taco) Building at Council Plaza petition
Supported by nextSTL.com and Modern-STL.com

[edit 6/27] City of St. Louis Mayor Francis Slay weighs in on the issue: The Del Taco

The Internet and local media have been abuzz about an almost missed "blight" designation quietly passed recently by the St. Louis Redevelopment Corporation. This likely would not have been noticed, but for St. Louis Post-Dispatch reporter Tim Logan filling a slow moment by covering city government. What is a "blight" designation? It allows a city development plan to circumvent demolition review and basically rubber stamp a developer's plan.

Seventeenth Ward Alderman Joe Roddy has already declared the building "toast". Why? Does it have little historic value? Is it too suburban and a more dense development would improve the city? No, of course not. He believes it's gone solely as the result of "Aldermanic courtesy": the act of an alderperson supporting proposals that any other alderperson proposes for his or her own ward. "If the Alderwoman of the 19th district is in favor of its demolition, I would say its toast," explained Roddy in a KMOX news story.

Presumably, Alderwoman Davis has been working on a development plan with the property owner for some time and the bill is the culmination of that effort? Not so. Davis claimed to have not spoken to the developer in more than a year, a claim that appears hollow after bill #118 was introduced less than 24 hours later. Either the Alderwoman wasn't being truthful about her contact with the developer, or the bill was written in haste and without review of any pending development plan. As of the time of this writing no development plan had been presented.

The "courtesy" issue highlights that this is not a simply fight for a building, but opposition to a ridiculous, harmful and shortsighted political process. As of the time of this story, more than 9,000 individuals had "Liked" the "Save St. Louis Del Taco" page on Facebook, an impressive and immediate outpouring of opposition to proposed demolition. However, it seems unlikely the City of St. Louis Board of Aldermen will weigh "Likes" too heavily. More can and should be done.

nextSTL is taking its mission to support smarter development in the City of St. Louis to the Board of Aldermen by setting up an official petition to oppose Board Bill #118 submitted by Alderwoman Marlene Davis (text of bill is below). Add your name to the list and sign the petition here. Collected names will be presented to the Board of Alderman before a final vote is taken on the bill. 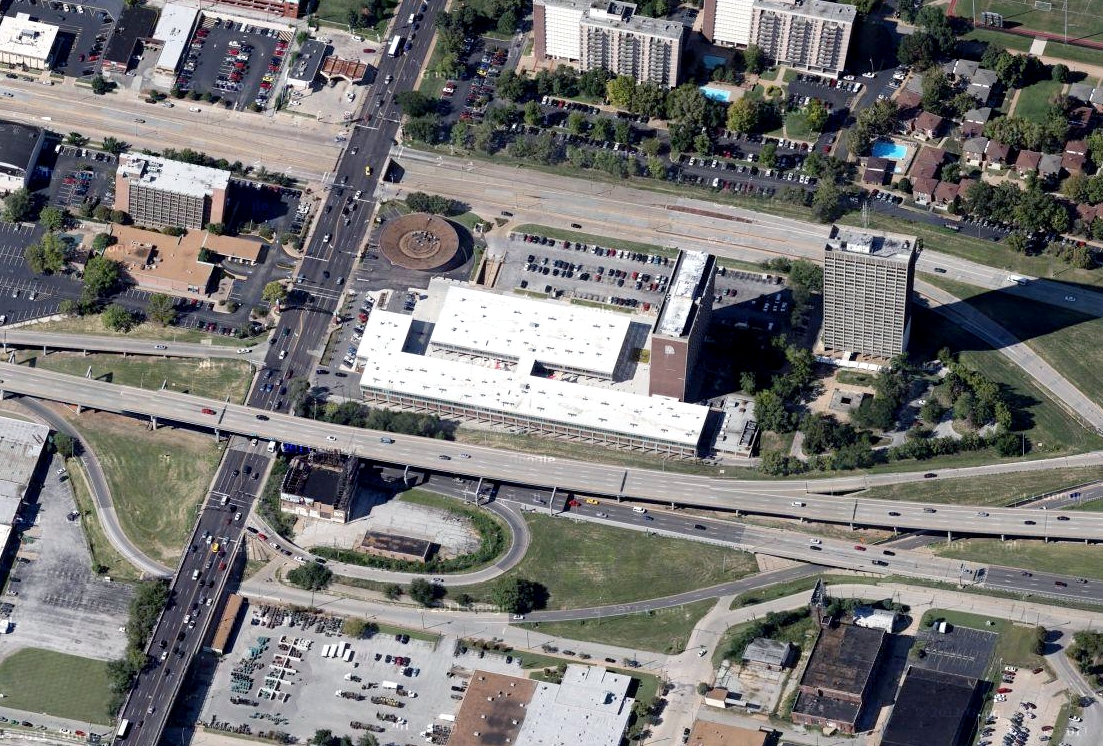 Among other "findings", the bill uses the standard language of "blight": " finding that redevelopment and rehabilitation of the Area is in the interest of the public health, safety, morals and general welfare of the people of the City" and goes on to request "various officials, departments, boards and agencies of the City to cooperate and to exercise their respective powers in a manner consistent with the Plan".

Make no mistake, if Board Bill #118 is approved by the Board of Aldermen, the Mid-Century Modern building will be lost. Why does this matter? Many love the building for its aesthetics. Some love it as a landmark. Some have late-night memories from their days at Saint Louis University, or just stopping in. These are all reasons why someone can value a place and a building.

There are additional reasons as well (as stated in the petition):

It is the signature building of the Council Plaza development listed as having "exceptional signficance" by the National Park Service's National Register of Historic Places; and

The National Register of Historic Places designation is granted protection
under the City of St. Louis preservation ordinance, a public law; and

State and federal historic rehabilitation tax credits have been awarded and used by the developer of Council Plaza in part due to the presence of the Phillips 66 building; and

Further tax support in the form of a 10-year tax abatement Transportation Development District and Community Improvement District should not be offered to support demolition; and

The use of the “blight” label allowing demolition is unjustified and an abuse of that economic tool; and

The building is an iconic landmark, adding character and interest to the City of St. Louis.

The property was blighted without a redevelopment plan. The rumor is that a "more pedestrian-friendly" street-fronting commercial building with two national chain restaurants would replace the Del Taco spaceship. What's not to like for the urban-minded? The site is not urban and will not be an inviting pedestrian venue as long as I-64 and Forest Park Avenue remain. This urban-located site is a very good location for a relatively auto-centric development.

That's why I oppose the demolition of the Phillips 66 (Del Taco) Building at Council Plaza.