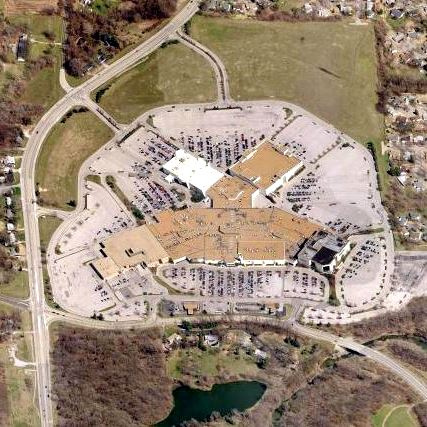 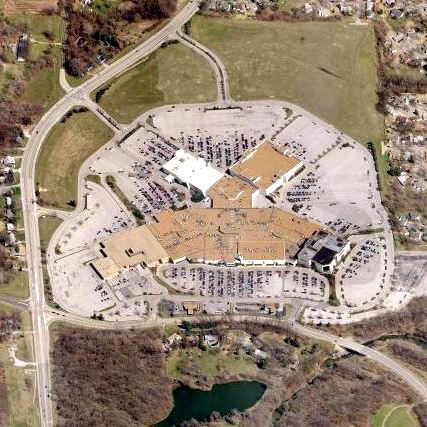 Reinventing suburbia is sexy somehow. I guess we have a general idea that something’s wrong with it. But this reinvisioning never really touches on roads or cul-de-sac neighborhoods. No, when we talk of a new suburbia we’re speaking of rebuilding retail. Add in a couple apartments and voila, it’s a Live-Work-Play (maybe even Pray) community. It’s also a ridiculous and wasteful idea.

No where is this absurdity highlighted more than with the current effort to build a new development on the 142-acre Jamestown Mall site. The North County mall has been the subject of two years of public meetings and planning by urban design firms. The conclusion? A proposal to remake the site as a walkable mixed use community. At first glance, it sounds ok, or at least better than its current state, but it’s a mistaken vision. The St. Louis region should pursue a “no build” option for the failing Jamestown Mall.

The Jamestown Mall site is one of the most isolated major retail sites in the region. Agricultural fields sit across the road, extremely low density housing covers the non-farm land and the Missouri River serves as a barrier to development to the north. By any measure, this part of the metro area isn’t growing. But the real issue is that at 142 acres, the site is no where near big enough to create a “walkable” community in the heart of low-density suburbia.

The “walkable” label has been bastardized, losing nearly all meaning. The definition used for the Jamestown Mall proposal appears to be that one could drive to work and then walk from work to get a coffee at lunch. Or maybe one could walk to breakfast within the new neighborhood and then return home and drive to work elsewhere. At the worst, it means a walkable destination. The comparable New Town St. Charles site has failed to retain even basic subsidized retail options. There’s no reason to believe the Jamestown Mall site will be any different.

What is at work here is the innate desire to rebuild a failing enterprise. Clearly there is big money behind development (and redevelopment) and there’s a community’s desire to not lose an amenity. But frankly, the small, isolated “Live, Work, Play” development is a failed idea from early last decade. If something just must be built, why not attempt some mixed-use development? But why build at all? 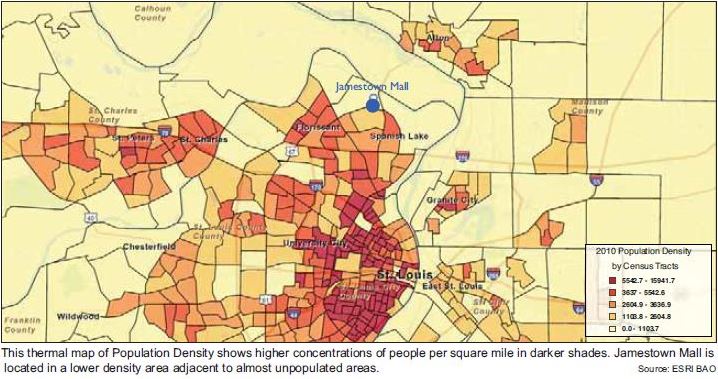 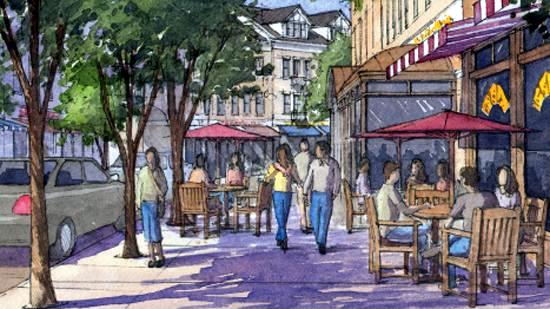 {the false dream of a walkable community}

{Jamestown Mall and the surrounding countryside}