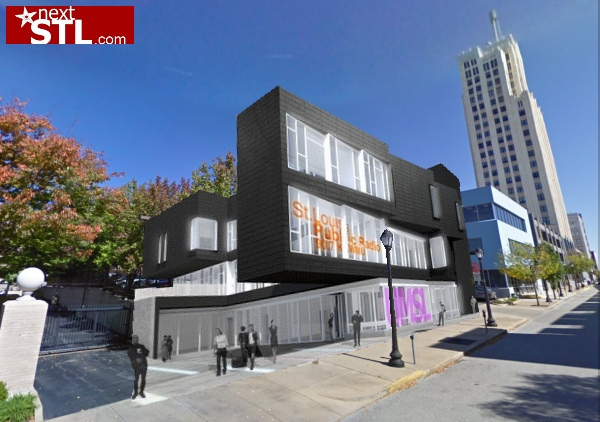 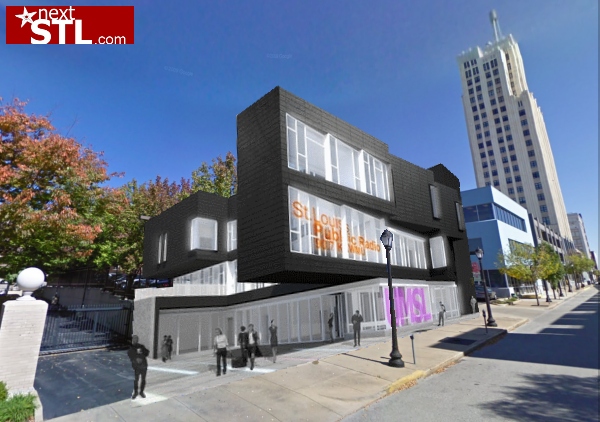 Groundbreaking has been set for St. Louis Public Radio and the University of Missouri-St. Louis’ new home in Grand Center. Plans to move the station to the City of St. Louis Midtown neighborhood were announced in November 2008. Rumored start dates have come and gone, the most recent was to be summer 2010. Now it's official, Friday, April 15 will see the first dirt turned for the development, slated to be completed in 12 months.

Located at 3651 Olive, the three-story, 27,000 square foot, $12M project will include more than just the radio studio and offices. A "Public Media Commons" is planned for the space between KETC to the west and the new KWMU building. As first reported on Berger's Beat in January, the space will feature "large-scale interactive audio/visual and cultural experiences." The project will be a collaboration between the Nine Network of Public Media; UMSL-St. Louis, St.Louis Public Radio and Grand Center, Inc.

There will also be classrooms, art and performance space in the facility. The University of Missouri-St. Louis continues to raise money to complete funding for the project, a practice not uncommon when undertaking capital improvement. There's been no confirmation of other project details, but one can hope that the live studios will face the street. What could be better than trying feverishly to get the attention of Don Marsh, or holding up a sign that reads "Count Basie is Overrated" as Dennis Owsly offers up Jazz Unlimited? 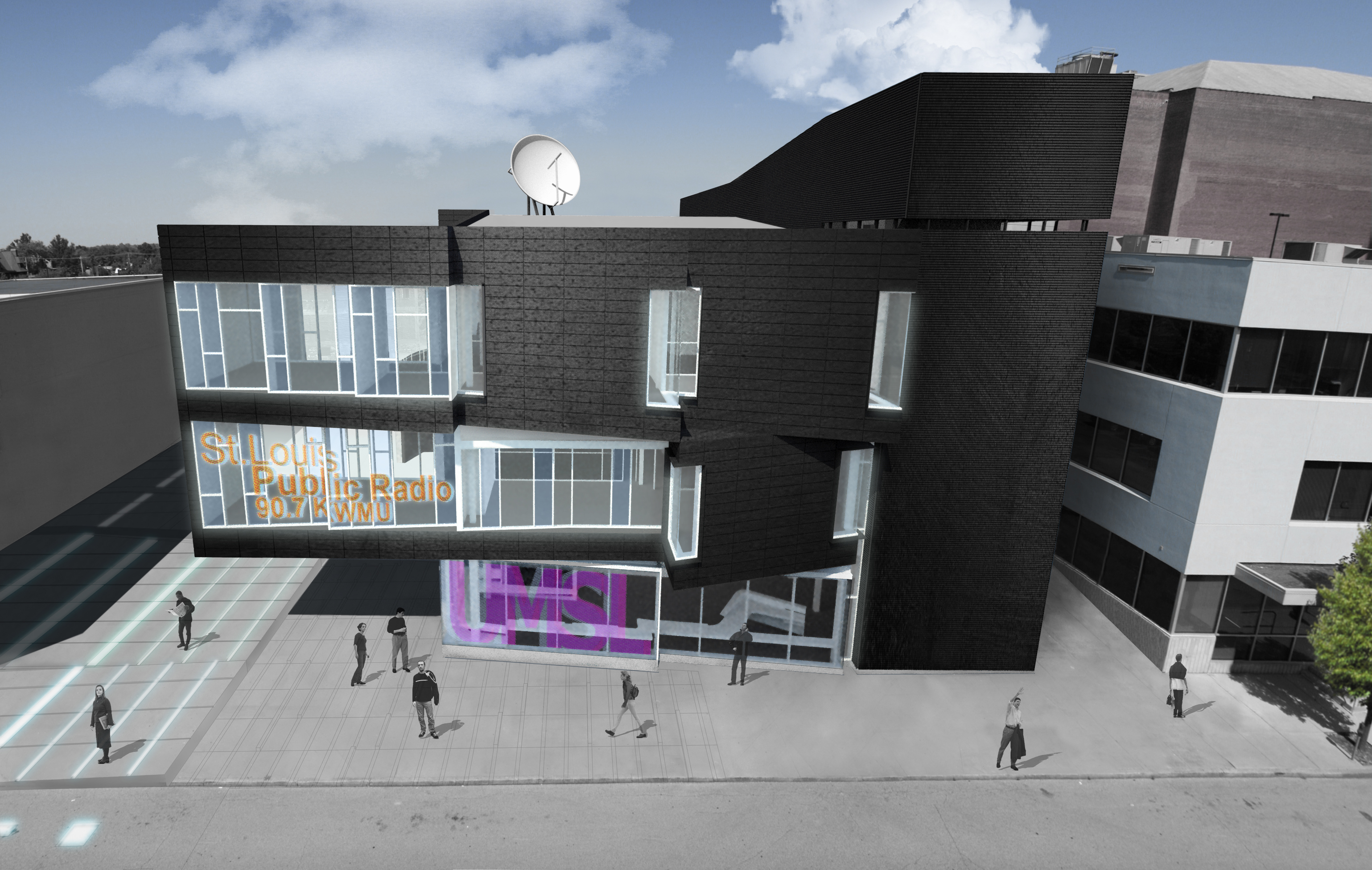 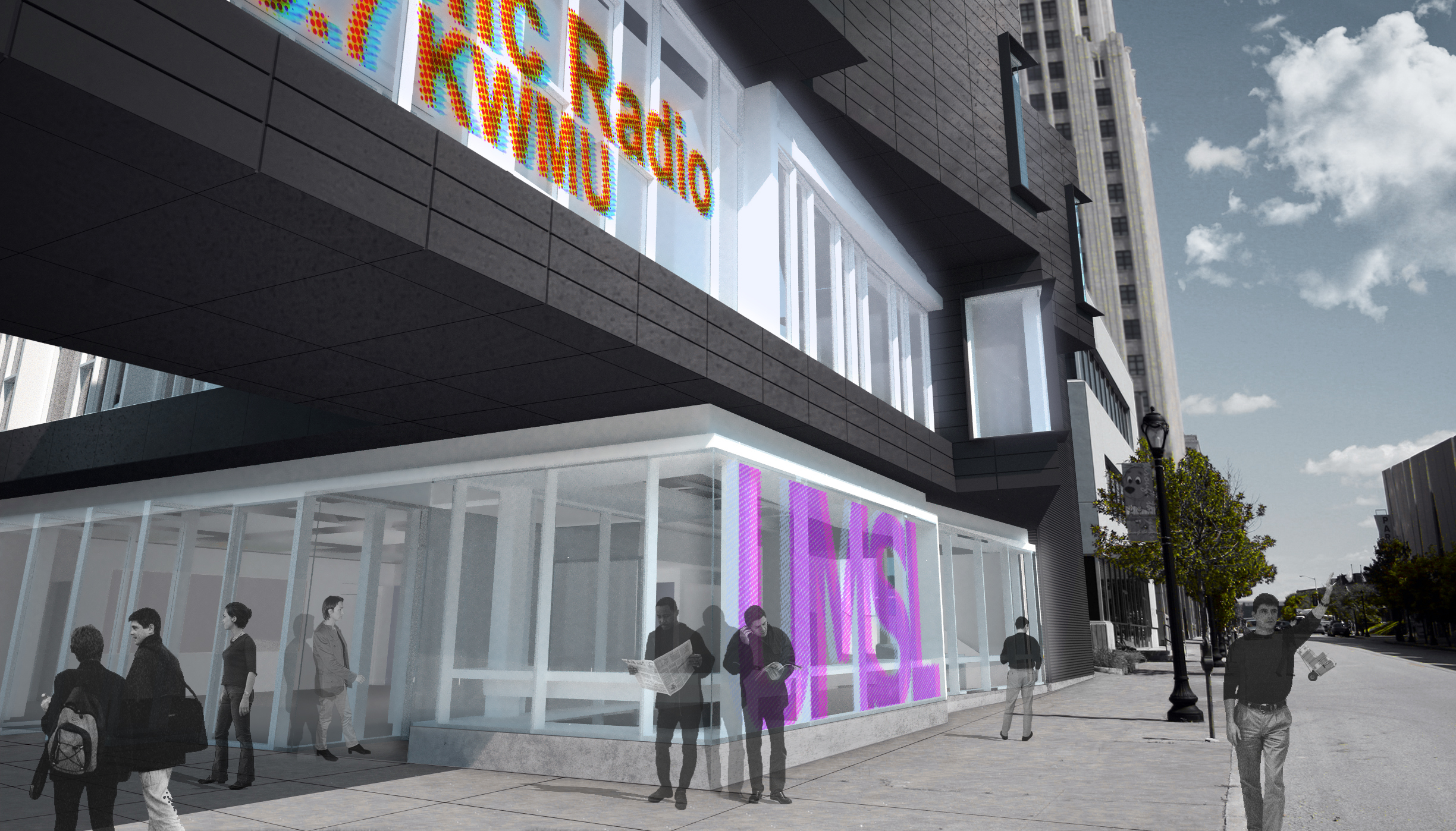 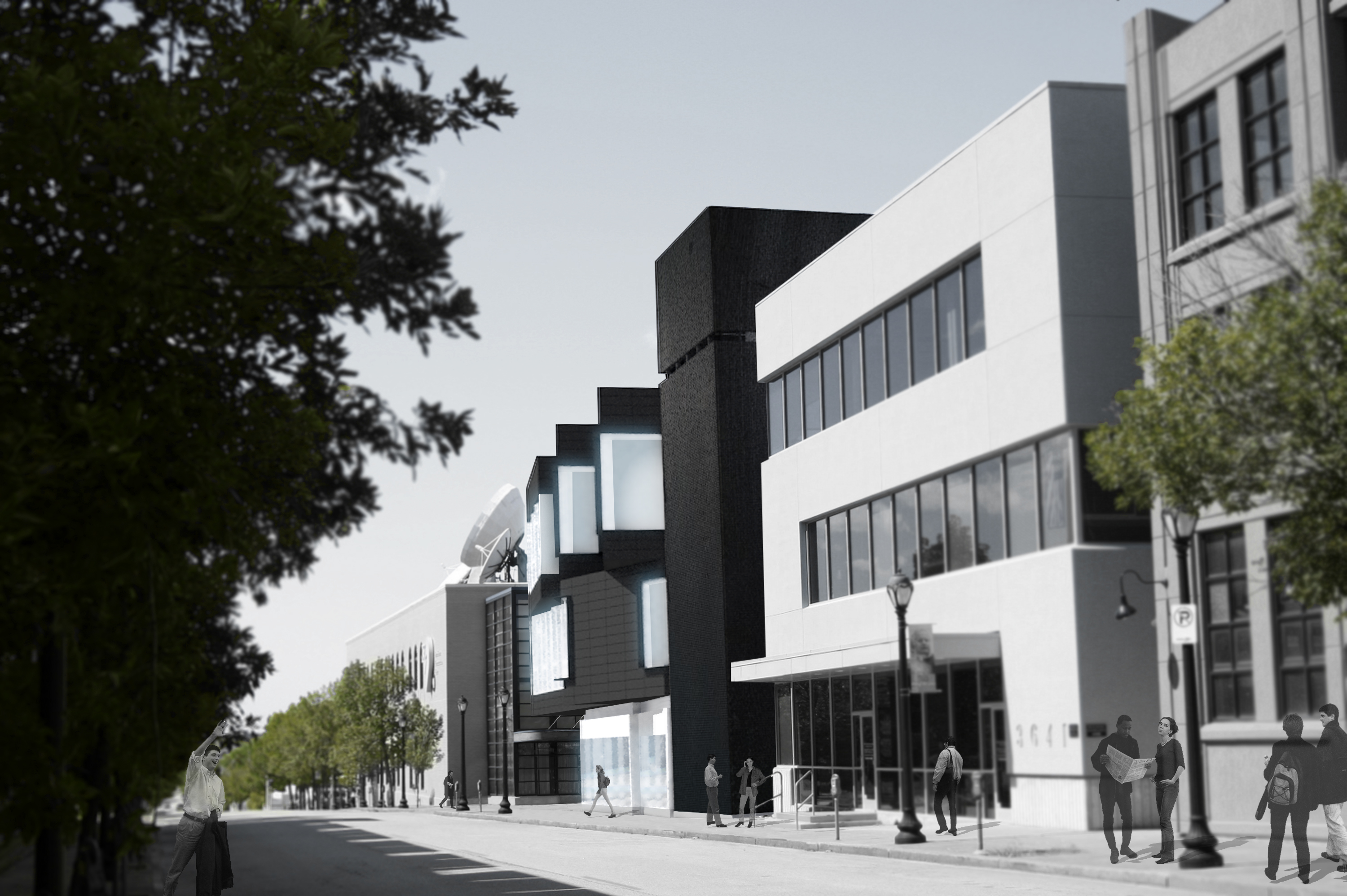 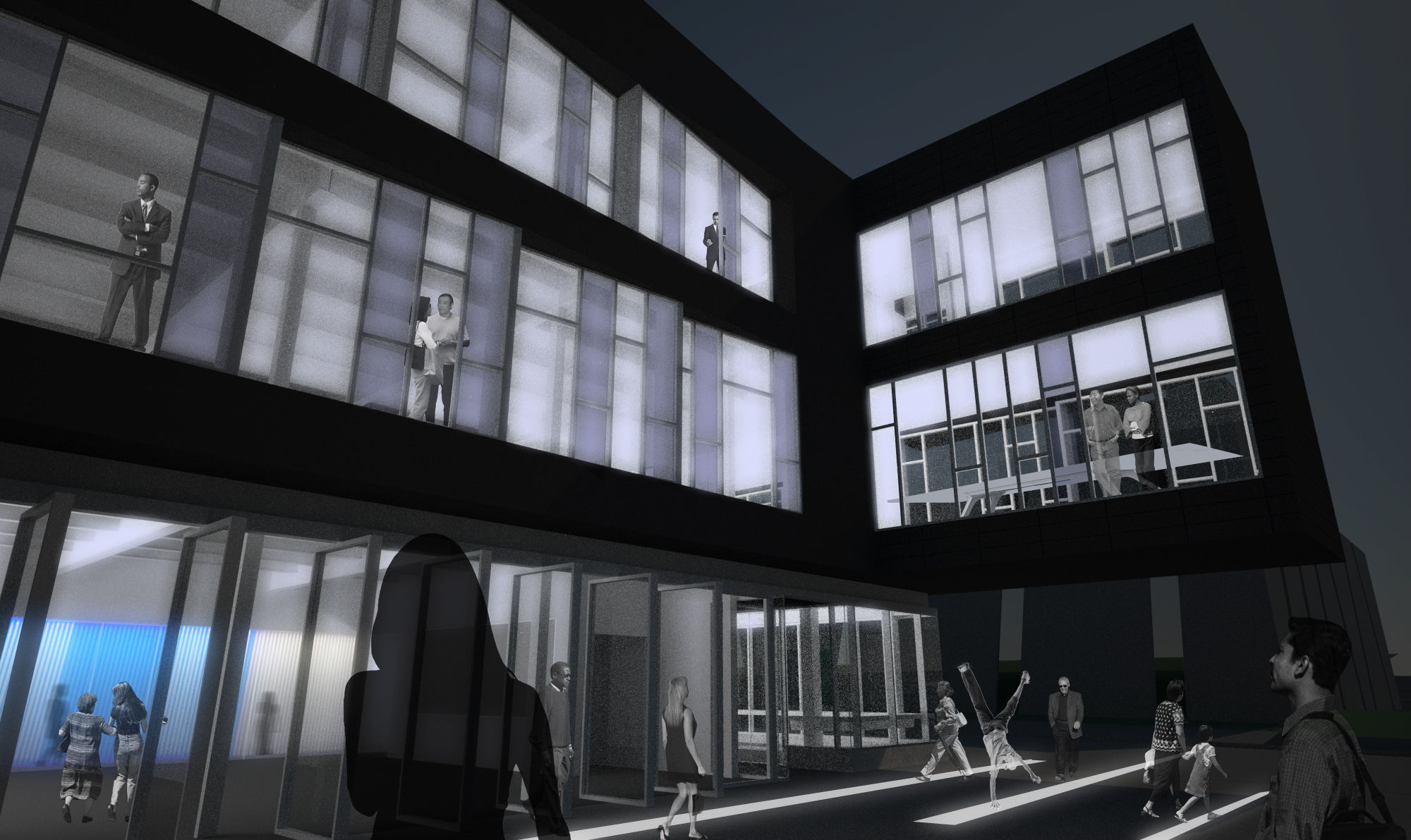 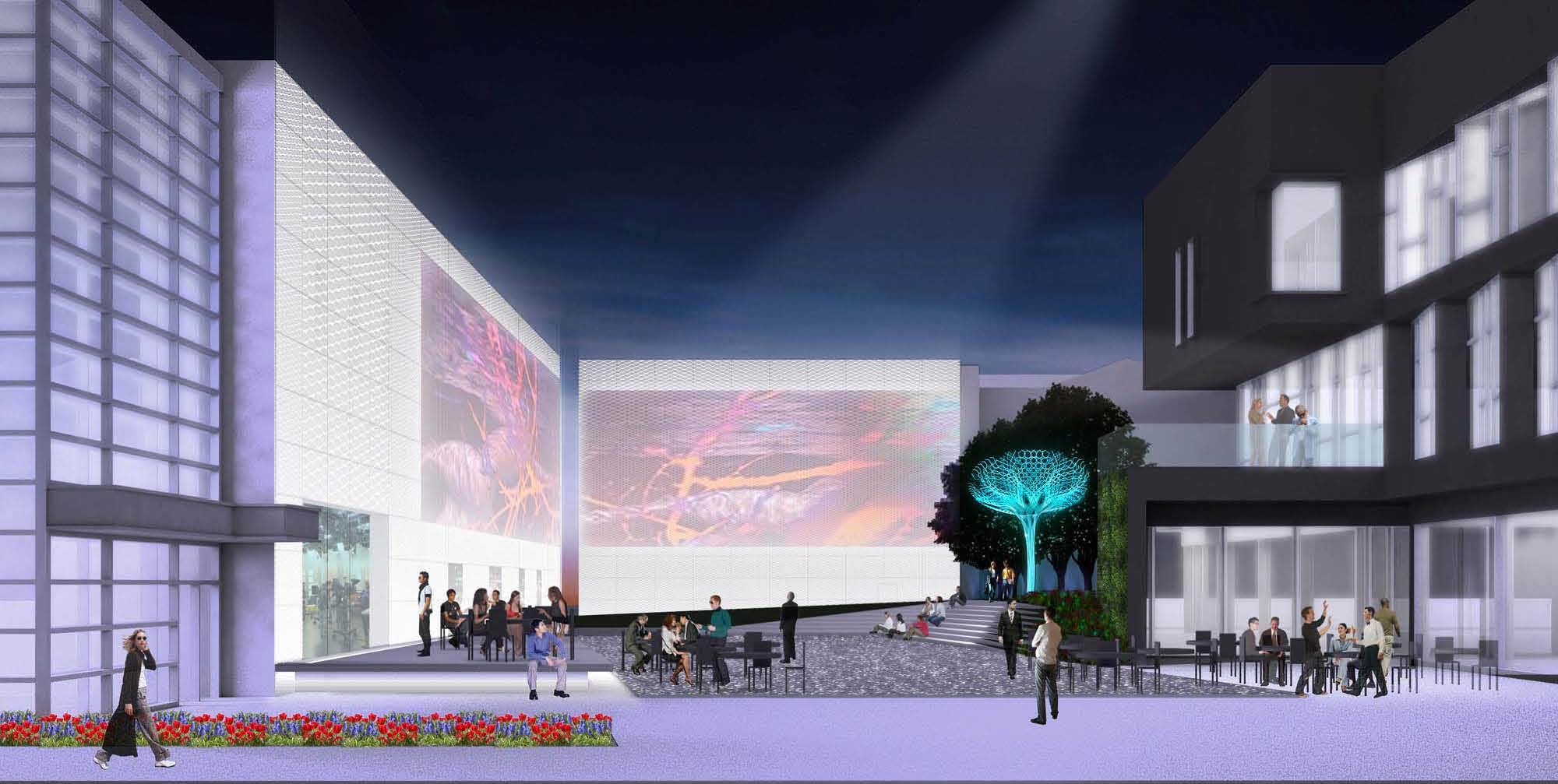 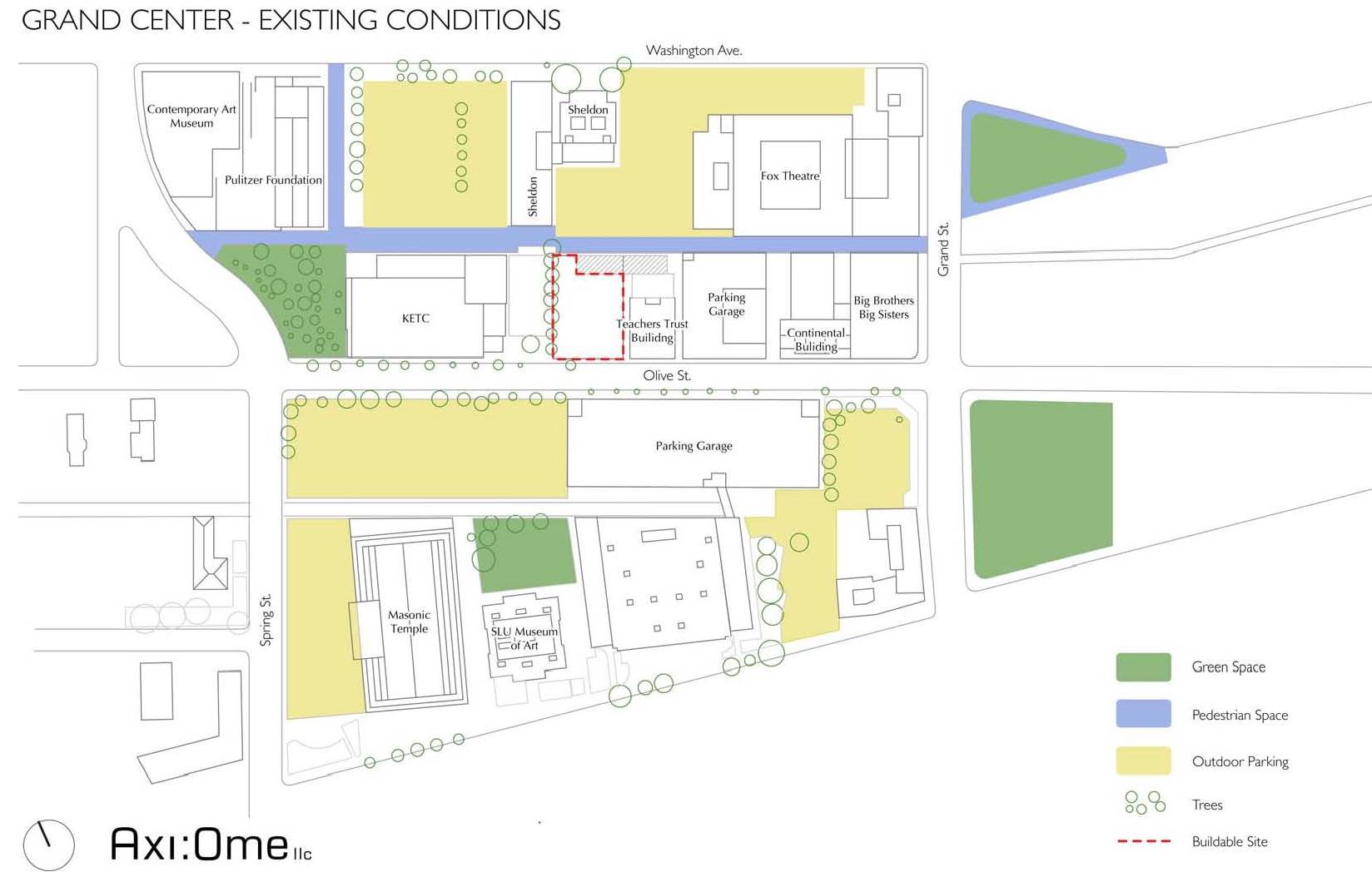 {The current KWMU studio is tucked into UMSL's Lucas Hall}