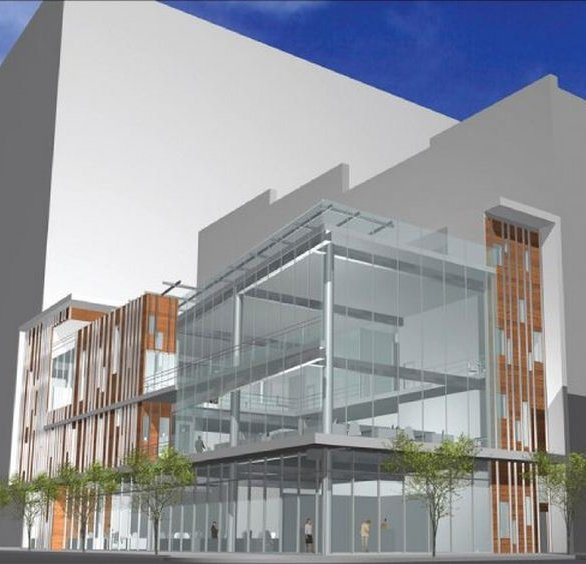 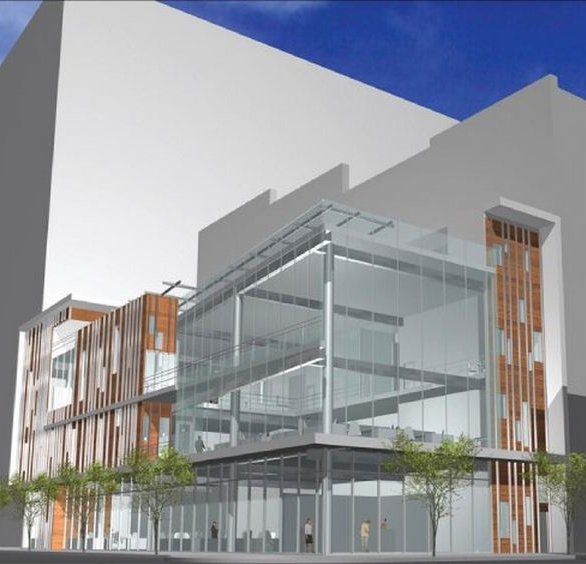 Downtown St. Louis is doing well. Everything's relative, but by just about any measure, the 2000's was a good decade. The residential population increased 359% to more than 3,700 in the CBD. The vast majority of large vacant buildings have been renovated (yes, some remain). A new baseball stadium and casino were built. Yet, besides those two examples, nearly no new infill has arrived: nothing on Washington Avenue, nothing in Ballpark Village.

Is this about to change? Proposals have come and gone; Skyhouse, Lumiere Phase II, MW Tower, Port St. Louis, the Bottle District. The Roberts Tower is a great addition to downtown, but sits empty, awaiting a better market to begin sales. While waiting for a 1,000-foot tower and entire districts to pop up, smaller projects will do more to define downtown. The large and small lots that dot the most vibrant parts of downtown should be targets for infill. Two smaller projects along Washington Avenue are ready to try again.

The now long-vacant site of the Skyhouse project has a new plan for specialty retail and although the rendering depicts just 2-3 stories, additional floors can be added as demand for space dictates. Architecture rarely finds consensus, but the rendering shows a unique, modern glass building that would competently add to the Washington Avenue aesthetic. While it need not be 20 stories, a height of six or more would best fit the context of downtown's most vibrant corridor (additional concept details below).

{rendering of 1400 Washington Avenue, by Trivers Associates – design allows for additional floors to be added}

Leasing efforts also continue on a similar project at Tucker and Washington. The renderings that have been floated for some time largely still represent the development plan for the narrow, but prominent site. A second floor restaurant and bar has reportedly been added to the plan. With the ever-nearing completion of the New Mississippi River Bridge and the transformation of Tucker as the entry to downtown from the north, this site is very attractive. 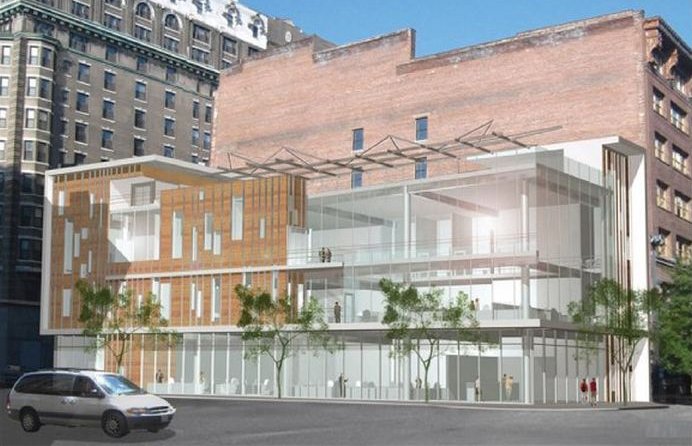 {rendering of project at Washington and Tucker, by Trivers Associates}

The big projects once proposed will likely sit on drawing boards for some time, and for the future development of downtown St. Louis, that is probably a good thing. A half-dozen four-story buildings will have a greater impact on the livability and attractiveness of downtown than a new skyscraper. I imagine that Cleveland would be a better place if the 57-story Key Tower were 8 stories and covered the surface parking that frames Public Square.

Garment District Building @ 1400 Washington
Architecture & Design: Trivers www.trivers.com
Program: 22,000 RSF per floor office over retail; building height is scaleable (office floors can be added) depending on anchor tenant's need(s). Ground floor retail blended-rate offers 2-story/mezzanine retail (mezzanine space is offered free-of-charge) for less cost on Washington AVE. The project endeavors to "cluster" soft goods/fashion retail and can contain a total of 12-18 independent stores on one hard corner in the Garment District, versus spreading new retailers across St. Louis's downtown. This is an urban "power center" for new retail in a burgeoning residential and business district (over 110,000 office workers/residents/visitors to downtown each day; over 800,000 visitors to nearby City Museum each year). Trivers' design is reminescent of the historic Washington AVE Garment District and includes an undulating ribbon and perforated metal "fins" or banners mimicking the silhouettes of mannequins. 200 dedicated parking spaces nearby. 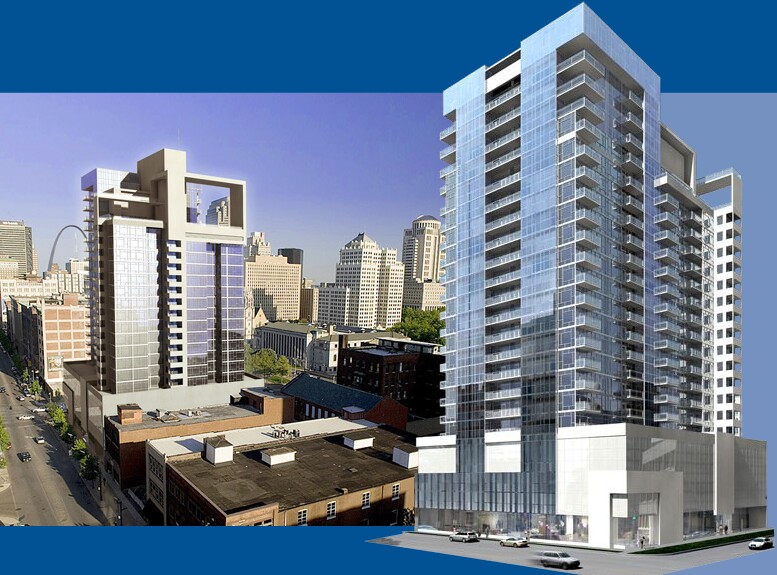 {proposals like the MW Tower and Skyhouse will have to wait}