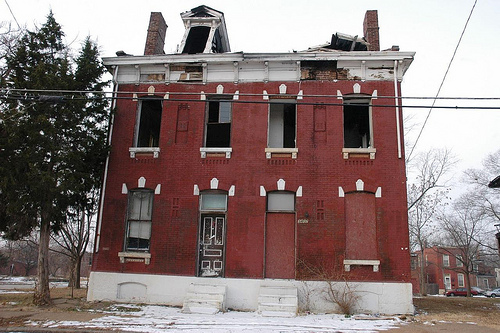 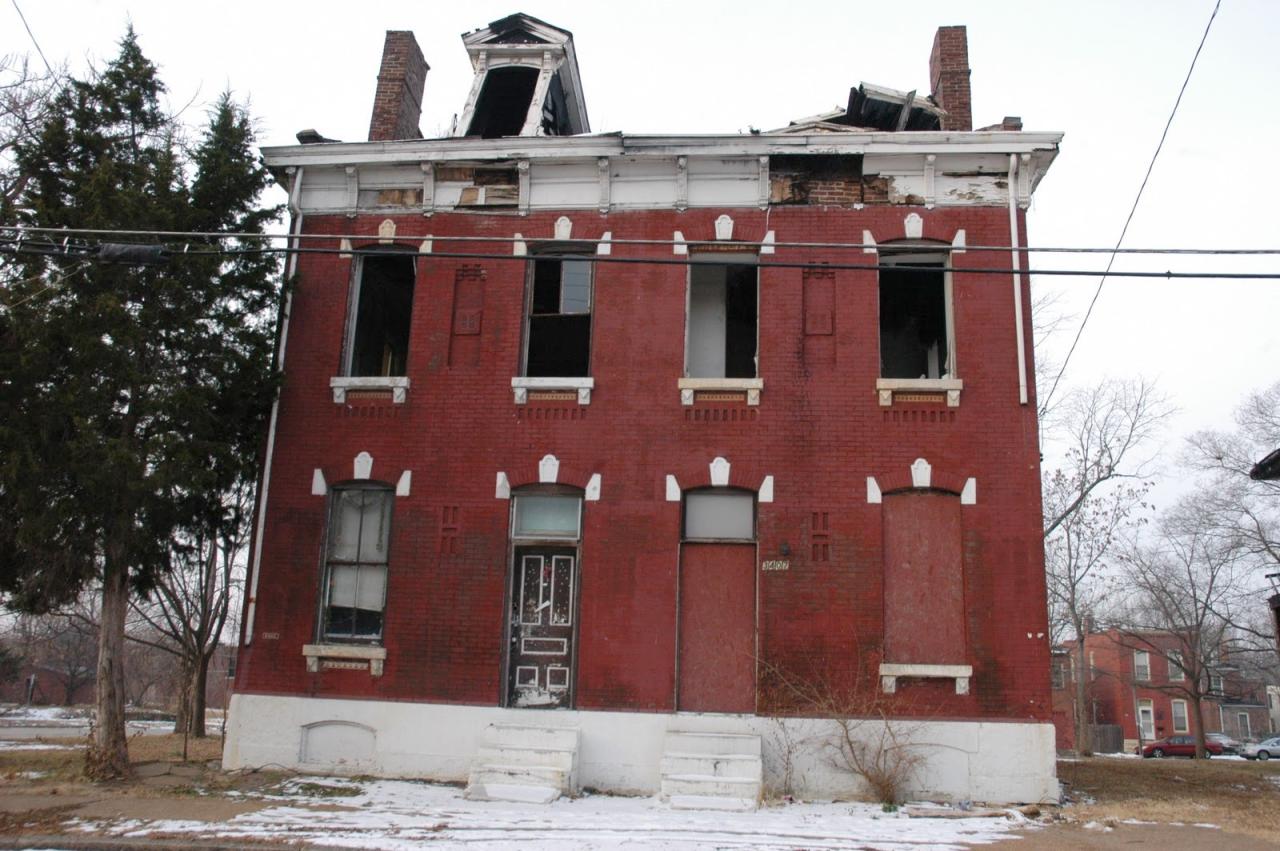 You don’t ever want a crisis to go to waste; it’s an opportunity to do important things that you would otherwise avoid. So said Rahm Emanuel, the Mayor-elect of Chicago. All too often, this axiom is employed to embolden one's already held beliefs. The goal is to exploit a crisis to act on a pre-established position, and not, as an altruistic reading may lead one to believe, to re-examine beliefs, learn something new and make contextual, sometimes difficult decisions.

Honest people arrive honestly at differing viewpoints about schools, race, housing, taxes and economics. Yet, a crisis has the tendency to bring forth more certainty, not less. If someone states that they "know" the culprit of the demise of St. Louis, if they cite one, or even two or three, causes for the demise, they're likely more focused on exploiting rather than understanding and addressing the issues. In St. Louis today, this means the earnings tax, schools, crime, politics and more.

Tim Logan of the Post-Dispatch recently surveyed the earnings tax issue. He noted that Joe Haslag, an economics professor at the University of Missouri-Columbia and chief economist at the Show-Me Institute believes the one percent earnings tax is clearly a factor in St. Louis' long-term decline. The Institute invokes "tax avoidance response" to explain the demise of the city. This is a serious case of reductivism.

From 2000-2010 Philadelphia gained 8,456 residents. The city has an earnings tax rate of 3.92%  residents and 3.49% for non-residents. In the last decade, Atlanta, Houston, Charlotte and other sun belt cities grew. Was growth the product of good schools, sunshine, low taxes and subsidized suburban development in the South or the absence of toxic industrial sites, legacy infrastructure costs and the demise of manufacturing in the Midwest? Are Philadelphians bad at math and don't know they're being robbed?

And why aren't business leaders, supposedly the ones who know how to run an economy and stimulate economic investment being listened to? What role is the earnings tax playing in corporate location decisions? Peabody Energy CEO Gregory Boyce stated, "We didn't even really have it on our list. We were looking at bigger things." Peabody recently renewed their lease in the City of St. Louis for 15 years and plan to grow.

The earnings tax was implemented in 1946 in St. Louis at a rate of 0.25%. It was increased to 1% in 1960. The city lost population during the decade of 1930-40. The long-term decline began before that. Wartime manufacturing and slowing of suburban development gave pause to the "demise". Post-war St. Louis grew as millions returned from military service and the Great Migration resumed. American society was changing and the earnings tax neither created the change nor augmented it.

Other issues follow this pattern and advocates eschew all nuance for sake of certainty and promises of future success. Schools should always be a focus of community action, but many are adamant that the chicken came first in the worsening schools/population decline chicken/egg argument. The same is true with crime and politics.

There was, and to a lesser extent still is, a belief that the demise of St. Louis was caused by traffic congestion and the lack of downtown parking. City leaders believed that if we could demolish more of our city and build more parking and highway lanes that people would stay. There's a growing consensus that this failed, but we continue to demolish buildings, add lanes to highways and build more parking. Many remained tied to the silver bullet development project as a tool to fight further demise.

The Arch, convention center, football stadium, two baseball stadiums, a hockey area, two malls and a sculpture park have not and will not prevent further demise. In a recent interview, Mapping Decline author Colin Gordon summarized the city's urban planning of the last 50 years, "People are leaving, we have this horrendous poverty and unemployment on the north side; let’s build a hockey arena downtown!"

The truth is that the "demise" of St. Louis is complicated, occurred, and is occurring for many reasons and in a national and global context. Aaron Renn, writing at urbanophile.com, examined The Logic of Failure and the role it should play in urban policymaking, recognizing that cities are complex and dynamic systems:

We need to constantly be looking for feedback about how we are doing. Again, let’s try things. But then let’s see if they are working. This is very hard because practically speaking most policies are promoted by people in the context of a political process. This means the leader who promoted it is personally invested in the program and his or her enemies will pounce in the event there is a change of direction or, horror of horrors, an admitting of a mistake. This is where great leadership in a city comes into play. The reality is, a lot of what we do runs the risk of failure, or at least will need tweaking. That’s ok. Most business ideas fail. But without an entrepreneurial culture, our economy eventually will stagnate and die.

The past half century has witnessed pro-suburban federal and state policies subsidized on a massive scale. The market was grossly distorted and people were required to make choices within those distortions. People left the city. More recent pro-urban policies such historic tax credits and low-income housing credits are under political attack. Where is the multi-million dollar campaign to save them? Where is the attack on the distortions caused by billions of dollars in unsustainable suburban and ex-urban infrastructure investment? As we know, highways are handouts for developers.

Perhaps all efforts combined, the earnings tax repeal, charter schools, various tax incentives, a new football stadium and more could point towards a more vibrant, economically healthy city. Yet the city exists within the state and the nation and at best can only manage the shifting political landscape. None of this points to an alternate answer to those claiming to hold the key to a revitalized city, but instead as a recognition that a new process, not a new answer is needed.