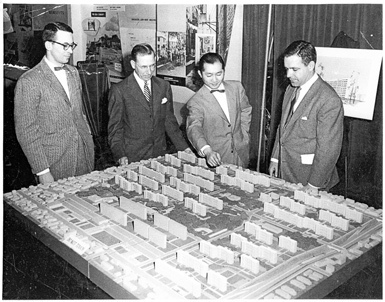 Pruitt-Igoe. The name looms large in the minds of residents of St. Louis, but also in the world of architecture, social welfare, government planning and criminology. The Pruitt-Igoe housing project failed. A new film is set to demolish the conventional wisdom as to why.

The trailer for The Pruitt-Igoe Myth: an Urban History has been released (view it below). The 2:32 introduction to the forthcoming 80-minute film is mesmerizing, almost haunting. I was recently able to view additional short clips from the work in progress and the film appears to be as devastating as its introduction.

It should never be forgotten that Pruitt-Igoe was proposed and built as a solution to a very real problem. The slums and ghettos of St. Louis in the 1940’s and 1950’s were dangerous. Many people, many children, lacked running water and relied of open fires for heat. The refrain from residents and reformers was “natural light and air”. We take these things for granted today. The public housing towers literally lifted people up and gave everyone a window, inviting in sunlight and air. If it wasn’t built, the necessity for a difficult, contentious and expensive solution would have remained.

The film puts a face on this issue. A Pruitt-Igoe resident tells of moving from a three-room apartment with 12 people, where her mother slept on a roll-away bed in the kitchen to “an oasis in the desert.” To her, Pruitt-Igoe was “exciting” and “another world”. There was a genuine feeling of joy, a belief that things were different. It was a time when America believed that a modern age was upon us and that we could simply build things that would dictate solutions. 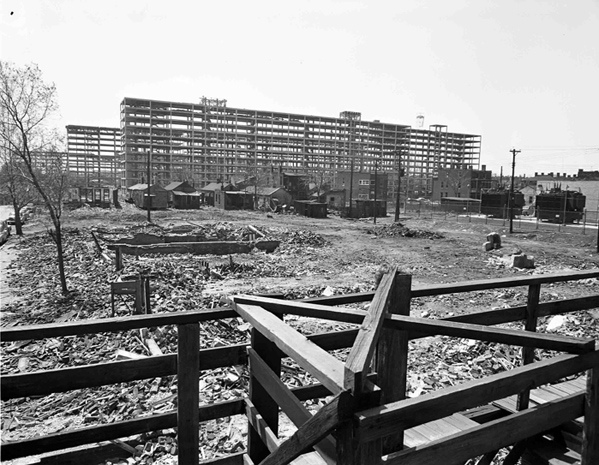 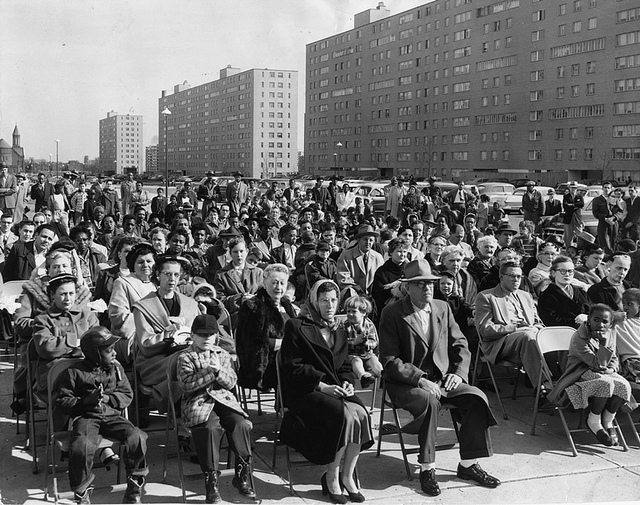 If you’re looking for confirmation that Pruitt-Igoe failed due to design, elevators stopping only at every-other floor, vestibules that became common places for muggings, it’s not here. The film doesn’t seek to identify a scapegoat, or even multiple scapegoats. It places Pruitt-Igoe in context, describes it as part of the City of St. Louis, as the product of Federal policy, as a mirror reflecting national social upheaval.

The City of St. Louis population peaked at 865,796. The assumption was that a post-WWII boom would push the number to 1M and beyond. The housing market was stagnant in the 1930’s and 1940’s, nearly no new homes were built in the city. What seems like fate in hindsight, could not have been assumed in 1945. The flight to the suburbs wasn’t a sure thing. The entire city suffered from declining population and it’s difficult to see how a large housing project could have succeeded while the city crumbled.

Pruitt-Igoe has become an icon because of its monumental size, its television appeal, and the juxtaposition of its early promise and ultimate abandonment. Single-family homes, duplexes and apartments were emptying and being demolished across the city, but nothing compares to a building implosion for dramatic television.

Federal policy at the time dictated that no “able-bodied man” could live in Pruitt-Igoe. The average apartment was home to one mother and five children. Families were told that fathers would have to leave the state for them to be eligible to live in the project. Fathers would hide in closets and mothers told children “if white people come to the door, tell then that you haven’t seen your father, that he’s never been here.” How can such a community succeed?

For all the genuine hope and optimism, Pruitt-Igoe served nefarious purposes as well. Urban renewal was dictated by downtown business interests who wanted the slums removed from the central city. Others fought “negro deconcentration” and supported projects away from their white communities. 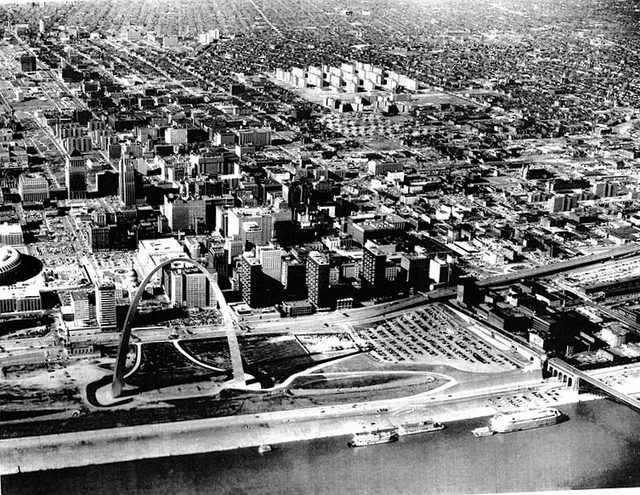 Perhaps the film’s greatest service will be to show that the conditions that produced Pruitt-Igoe, and dictated its ultimate failure are very much with us today. Pruitt-Igoe, as symbolized by the buildings themselves, came and went. The issues remain. In one clip, a white suburban resident struggles to explain why they left the city, finally stating that they wanted to live with people who “behave like middle income (people)”. The Census data released in December 2010 showed St. Charles County as one of only 19 in the nation with a poverty rate of less than 5%. The County Executive credited residents with “avoiding behaviors that lead to poverty.” People continue to be stigmatized, they’re simply more spread out, which may be the greatest lasting effect of Pruitt-Igoe.

The project failed early, holding on for two decades. Federal funds could be used to build Pruitt-Igoe, but not to maintain it. This issue is still very much with St. Louis today in the form of transit funding. At the beginning, social activists, downtown business interests and the construction trade lobby got what they wanted. But the social promise was hollow, its unsustainable nature was built into the project.

We don’t talk about Pruitt-Igoe in St. Louis or in this country in general. The Pruitt-Igoe film website recently received more hits from Sweden than the U.S. Of four Ph.D. candidates the filmmaker met while conducting research, all were from Europe. If a small glimpse of clips from The Pruitt-Igoe Myth is any indication, this film will soon have us talking about Pruitt-Igoe, St. Louis, housing for the poor and social values in a way we have not in the past. 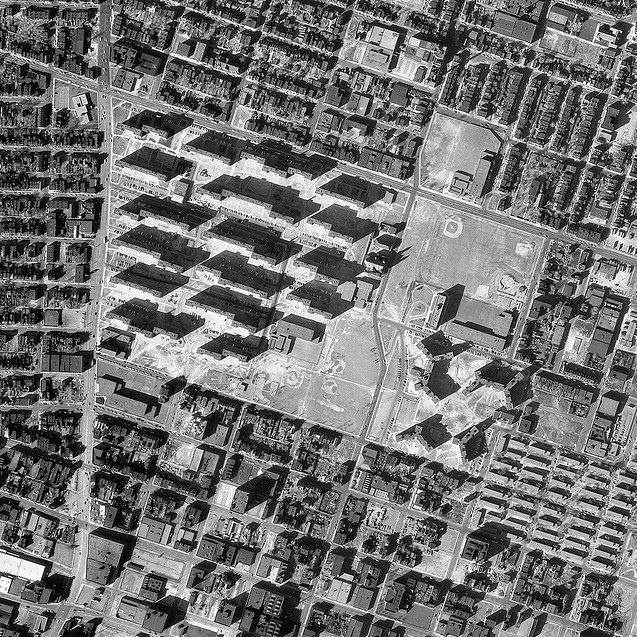 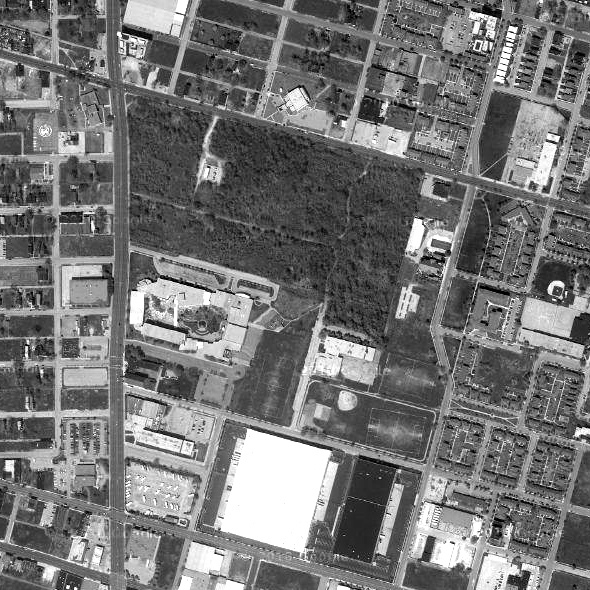 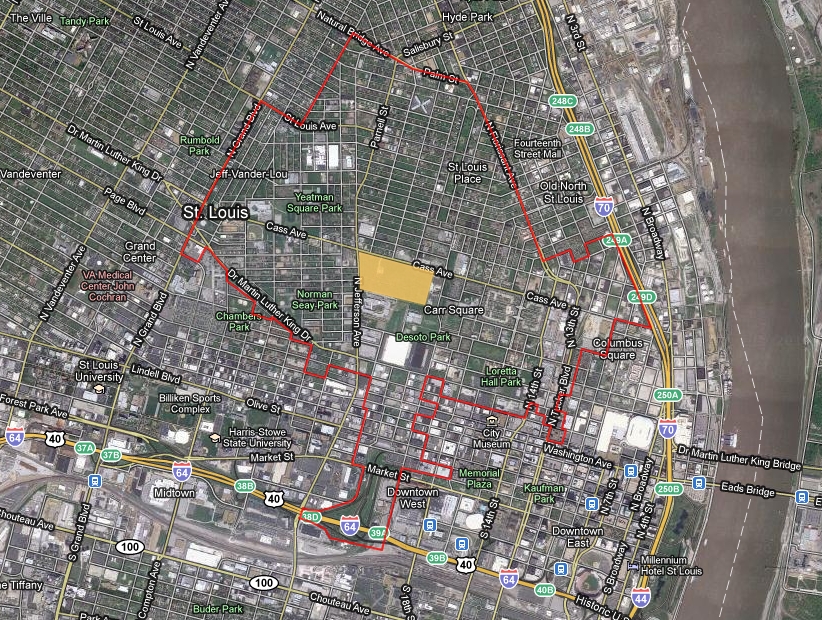