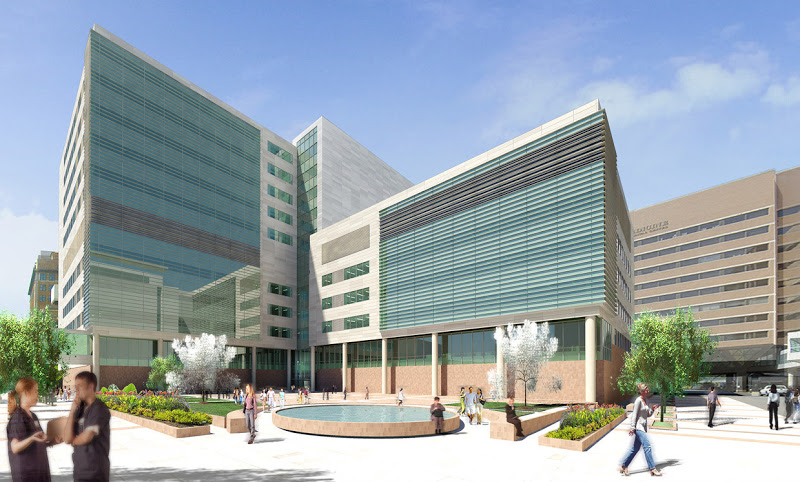 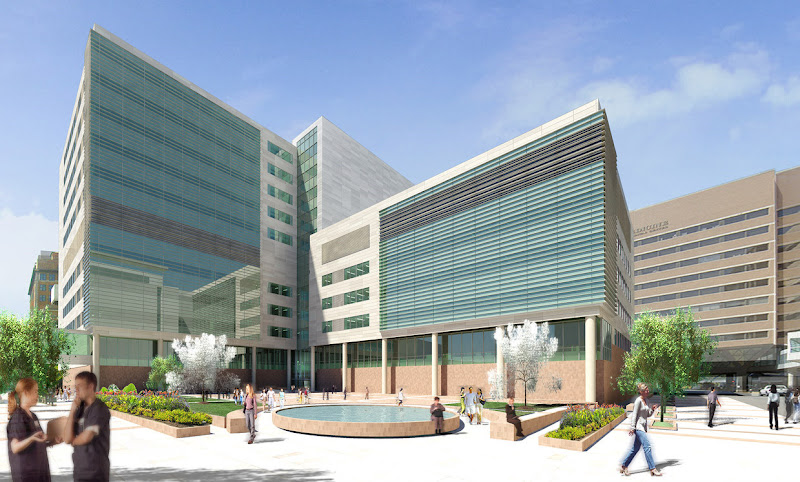 {an early rendering of the plaza at BioMed21}

With the nearly 700,000 square foot BioMed21 building basically complete attention will soon turn toward completing the large plaza formed by the new building at the corner of Children's Place and Euclid Avenue. According to sources at Washington University two eminent designers have been engaged: Maya Lin and Michael Van Valkenburgh. Despite some issues with the BioMed21 building itself and the closing of Children's Place and another block of Euclid Avenue, the participation of Lin and Van Valkenburgh is an exciting development.

Of course Lin is best known for designing the Vietnam War Memorial in Washington D.C. She will be designing a fountain for the new plaza. Van Valkenburgh is known for many projects including Mill Race Park in Columbus, Indiana, the Peabody Essex Museum and the renovation of Pennsylvania Avenue in front of the White House.

Renderings are not yet available of either Lin's or Van Valkenburgh's work for the BJC/WU Medical Campus, but we will be sure to post them here when we have them. Below are images of the BioMed21 building as it now sits and as it's designed for expansion as well as its site location within the campus. 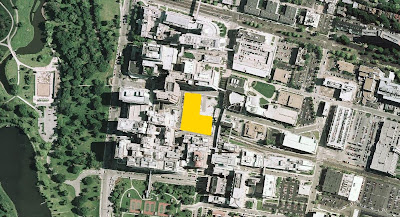