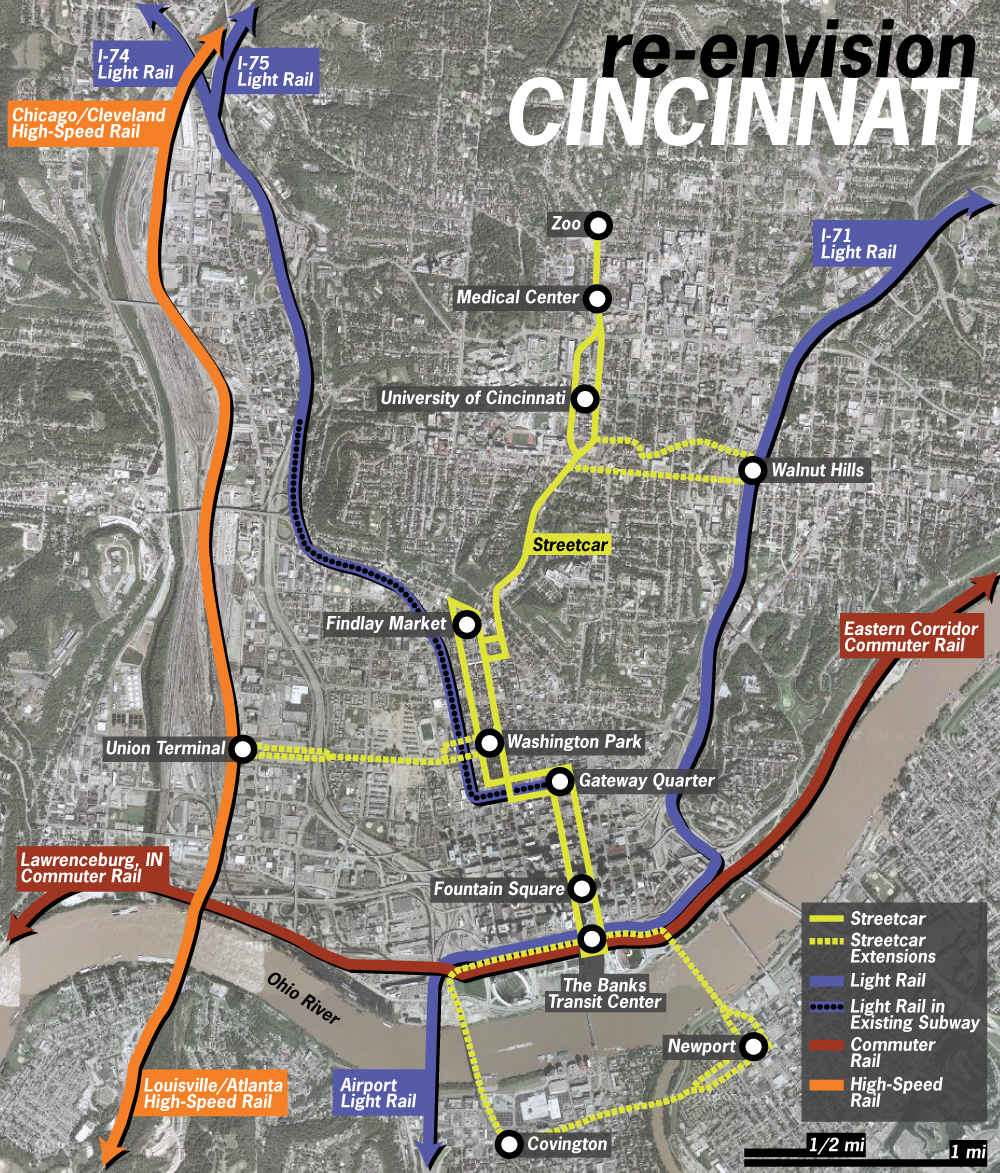 Image and block quote straight from the Cincy Streetcar blog:

Some people oppose public transportation because, they say, it is too reliant on government subsidies.

Next time you see someone in a new General Motors car (a company owned by the Federal Government) purchased with a government rebate under the cash for clunkers program (a $4,500 subsidy per car) driving down a street that is policed, lit, and plowed by the City (with funds out of the Operating budget) and was constructed with funds from the Highway Trust fund (which would have gone bankrupt last year if not for a $9 billion bailout and will go bankrupt this year and next unless it is bailed out each year to the tune of several billion dollars) remember subsidies affect every form of transportation.

If you think St. Louis has to battle to garner support for Metrolink, you should be keeping up with the effort to bring streetcars to Cincinnati. It’s a vastly superior plan to the Loop Trolley here. The Cincy Streetcar would connect the Cincinnati Zoo, University of Cincinnati Campus and downtown while passing through Over-the-Rhine, one of the more amazing historic neighborhoods in the Midwest.

It’s just the kind of streetcar line that makes the most sense. However, the Cincinnati Enquirer has stated that now is not the time to invest in a streetcar and a group of unlikely allies is attempting to use a ballot initiative to block the city from spending a single dime on “improvements for passenger rail transportation” without voter approval, yes, including a potential HSR terminal in the city. However, The Cincinnati Business Courier supports the plan as do many others. For more visit Cincinnatians for Progress.