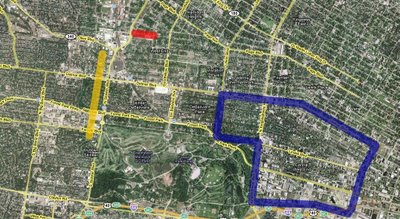 The Post-Dispatch recently reported on a shooting in St. Louis City, stating, “At 11 p.m., four people were shot while sitting on a porch in the 5900 block of Bartmer Avenue north of the Central West End.” Using the Central West End as the reference point for the shooting is lazy journalism.

If you’re a CWE resident and read what the P-D stated what would you think? Well, you’re likely to think that there was a shooting very near your neighborhood. What about if you live in the Skinker-DeBaliviere neighborhood? Maybe you would think that the shooting wasn’t so close, but instead “over there” by the CWE.

I’m sure there are those who don’t particularly care about this distinction, but a news organization should.

For those of you who are visual learners: The CWE is outlined in blue – the 5900 block of Bartmer is red. The orange line is the St. Louis City/University City border. 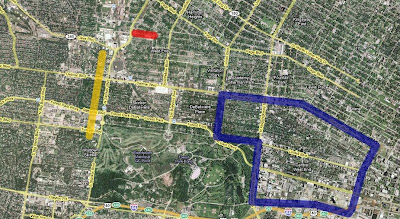