As if here wasn’t enough at stake in the battle over the San Luis, its demolition would ruin the context of a soon-to-be-built pocket park. A new pocket park designed by H3 Studio is slated to be built directly behind the San Luis on Taylor Avenue. As the site is now, this will be a true “pocket park,” tucked into a somewhat hidden, inconspicuous lot at the rear of a mid-size condo building and behind the 8-story San Luis. I would even say that the site is currently cozy. That would all disappear along with the San Luis. A neighborhood park adjacent to a large surface parking lot isn’t so appealing. In effect the Central West End’s new living room would be opened to a lot of automobile traffic and noise. But enough with the description, take a look at a few images of the park and site . . . 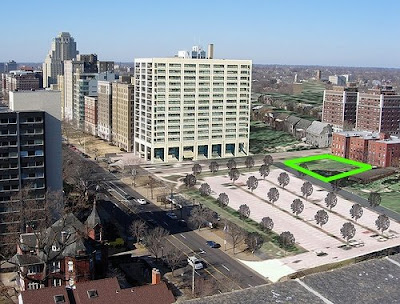 {an overall view of the Taylor Park model} 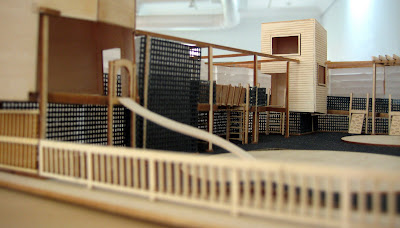 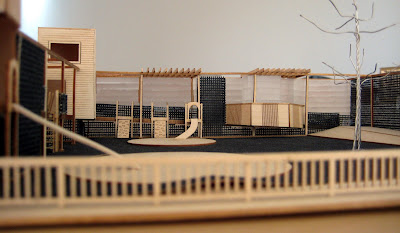 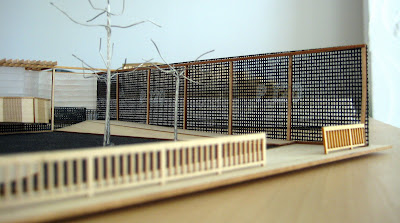