I started this post a few months ago and then set it aside. After all, Forest Park is a fantastic place with world-class amenities. Locals are familiar with, if not frequent visitors of, the zoo, art museum, history museum, science center, Jewel Box, Municipal Opera Theater, Steinberg Ice Rink, Davis Tennis Center and the 27 holes of golf. So what’s not to like?

For all the things in the park, there are far too few “places.” With some irony, the northeast corner of the park, nearest the Central West End leads the list. It’s utterly placeless. The CWE is by far the most densely populated of the park’s adjacent neighborhoods. Yet how many people would name Murphy Lake, the Blair Statue or the Jewish Centenary Memorial as “places” in the park? How many pedestrians enter the park by crossing Kingshighway at Lindell? How many people linger there?

I came back to this topic because last weekend I visited Lafayette Park, a place I’ve been a number of times, and the contrast was very clear. The St. Louis Perfectos were playing the St. Louis Unions in a vintage baseball game, a wedding party was having photos taken and people were milling about. We wondered over to the grotto and sat for a while, shuffled over to see the swans and then wondered out of the park through one of the ornate iron gates.

Perhaps the feeling of “placelessness” is inevitable in a park the size of Forest Park, but I think much more can be done to provide “places” for people to visit again and again. To make a broad claim, it can be a challenge to find shade in Forest Park, a requisite for enjoying summer in the park in St. Louis.

To be fair, there are a few more intimate features in the park: There’s the waterfall along Lagoon Drive, but it fronts what may be the busiest road in the park. There are the dinosaurs near the Science Center, but they’re really a playground. The Victorian Bridge is nice, but there’s little shade and only a basic bench nearby on which to sit. The Boathouse is nice, but only if you want to eat dinner. Turtle Park may be the clearest exception. It’s distinct and on a very human scale, it’s only drawback is that it borders I-64.

{the dinosaurs of Forest Park}

I heartily applaud the enormous effort to restore the natural landscape to the park. In the middle of more than 2.5M people one can feel very close to nature. The park is incomparable as an asset to the City and the region. I hope that as the park continues to be developed that more attention is placed on the smaller, intimate individual experiences that visitors often treasure more than the overwhelming vista or landmark.

{a view of the natural landscape of Forest Park}

Below are a few of the notable landmarks in the park, but for various reasons I do not think that they effectively instill a sense of place. 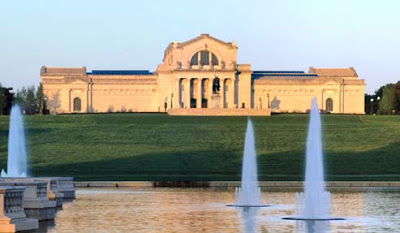 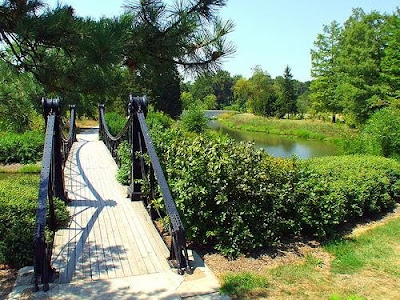 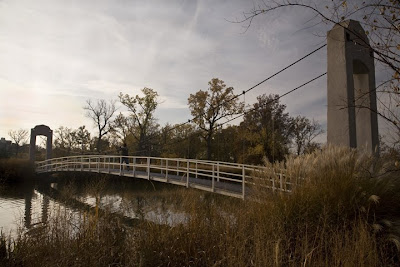 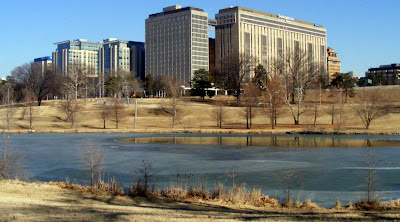 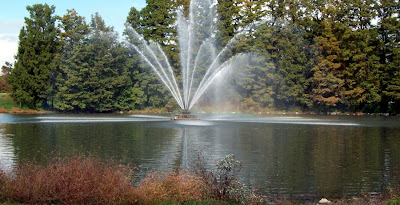