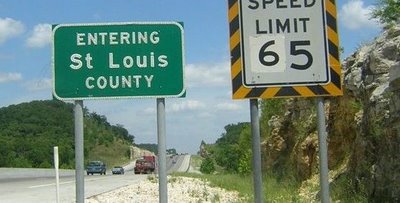 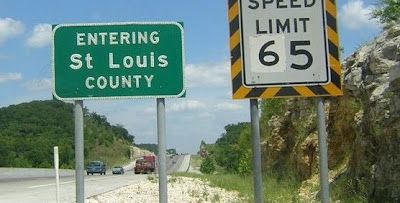 While I enjoy KWMU and generally find it to be my best source of local and national news in St. Louis, the roundtable slipped into the absurd last night. It was stated that St. Louis City has so many problems that it will “look like East St. Louis in 10 years.” I’ll let that statement stand on its own ignorance.

It was also suggested that Mayor Slay’s mention of St. Louis City joining St. Louis County is a clear indication that he won’t run for another term. The implication being that the statement is so crazy that he clearly lost many votes by uttering it. But of course the Mayor has made such statements before and he only needs votes in St. Louis City to be elected. In the City rejoining County seems to be relatively popular.

Then came the rant about how not a single person west of Skinker Boulevard wants one single penny of their money to fund a corrupt police force, failing schools, etc., etc., etc. There was a half-hearted attempt by one commentator to say that County residents enjoy “big city” amenities without paying for it. There was no mention of the importance of a strong core to a metro area in regards to a vibrant employment center, universities, museums, history and cultural attractions. There was no mention of the museum-zoo-gardens taxing district and the fact that we’re already tied together in many ways, only the furtherance of ingorant, ingrained local attitudes.

Louisville was mentioned as a city that has merged many of their political units, but was thrown out as one commentator offered the blanket statement “it hasn’t worked in Louisville” with no explanation. Any “intelligent” listener would likely know that some things have likely “worked” in Louisville while some have not. For a little more on Louisville’s merger click here, here and here. One simple result of the merger saw Louisville jump from the 67th largest city in the U.S. to the 16th. A similar joining of St. Louis City and County would result in a top-10 city in population.

While the future is far from clear, many have identified national trends of urbanism and the decline of older inner suburbs. While parts of St. Louis County are quite prosperous and healthy, many are not and economics and demographics are pointing toward further challenges for aging suburbs. In this respect St. Louis City may be comparatively better off in 10 years and 50 years if it doesn’t rejoin the County.

The unintelligent talk went on to suggest that if the City pushed to rejoin the County that the County could play hardball. One suggestion being that the County could build a new NFL stadium and lure the Rams out of the city. So the County would like to spend 100’s of millions of dollars for a football stadium? Great! Heavily subsidized professional stadiums, especially NFL stadiums due to their sparse use, are a financial liability and I don’t believe they would be missed downtown as much as these guys think.

I think we can be sure that this conversation and the de-fragmentation of our metropolitan area will not progress if even KWMU cannot offer an intelligent conversation. What hope is there that KMOX or the Post-Dispatch will offer a balanced view?