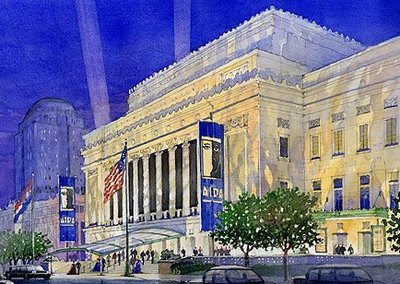 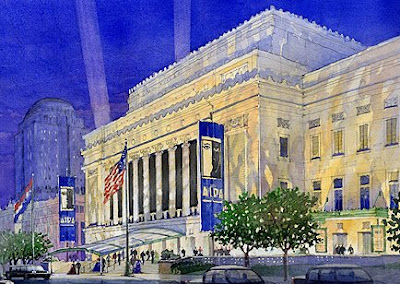 {a rendering of the new Kiel Opera House}

It appears as though the Kiel Opera House is on its way to reopen. In a way this should not be a surprise as Blues owner David Checketts has not only very clearly stated that he would reopen the shuttered performance hall, but as President and CEO of Madison Square Garden, the company that owns the NY Knicks, NY Liberty, NY Rangers, Madison Square Garden itself and Radio City Music Hall, he has shown he has the ability to do it. Under his leadership Radio City Music Hall underwent a $70M complete interior rehabilitation in 1999. Having founded Sports Capital Partners Worldwide Checketts has all the pull and connections needed to bring quality shows to St. Louis.

KMOV has a short story here and the Kiel is listed on the project page of Fire Protection Systems of St. Louis. And a new Kiel Opera House would be fantastic in its own right, but there’s something larger going on that will have a greater impact on downtown and the Gateway Mall.

Not to get carried away, but the renovation of the Kiel is important to the stalled Ford building renovation at 14th and Pine as well as the Plaza Square complex and Blu CitySpaces development. The Park Pacific, the Abrams building and main branch of the St. Louis Public Library are within a couple blocks as well, not to mention Union Station. The Kiel is just one step, but it is a big one an done that has the potential to shift the players involved with downtown.