How do we imagine St. Louis? What landmarks would you include? Which places come to mind as you traverse this distance in your mind? Where is the “center” of the city? How do you know you’re getting close to downtown? When do you know you’re in the suburbs? How would you give directions to someone traveling from Clayton to Tower Grove Park?

Using I-64 one might say, “Go south on Hanley until you get to the Interstate. You’ll see Best Buy on your right. Go east on I-64 and you’ll see signs for the St. Louis Zoo and then see Forest Park and Barnes-Jewish Hospital on your left. Exit at Grand Avenue, take a right and you’ll see the Compton Heights Water Tower and then down the street you will see the park on your right.” Avoiding the Interstate would likely mean employing more landmarks, neighborhoods and other queues. The Chase-Park Plaza is one such landmark that can keep you oriented. What are others?

{from Clayton to Tower Grove Park with possible landmarks}

In St. Louis the psychological distance between two locations is likely much greater than the physical distance, though physical distances can be significant. I don’t think it would be a stretch to say that for someone living in Ballwin everything east of maybe Kingshighway is “downtown” while I have a very vague idea of the spatial relationship of Ballwin, Fenton, Maryland Heights, etc.

In St. Louis we would likely use road signs, compass directions and retail stores (especially the further west one travels). Does this mean that St. Louis is a “placeless” place? Our use of topography does little to assist us with placemaking. Where would you go to get close to the Mississippi River? From how many places can you view the river? We’ve shut off the city from the water and deprived everyone of a “place” that would help us develop a better image of our city.

If you’re familiar with the city how do you know you have traveled from Fox Park to Benton Park or Webster Groves to Maplewood? I believe it’s clear that more can be done to create “places” in St. Louis. 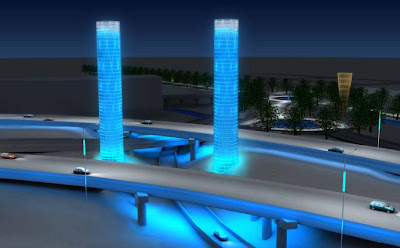