The Galleria is holding on to a dying model for suburban malls. The foodcourt is no more than 1,500 feet from a Metrolink stop, but the mall shuns the connection. But wait, the Galleria is a successful mall right? More or less, yes, but that’s no reason it couldn’t be more. And if there’s any doubt that even relatively healthy malls need to change, General Growth Properties, the second largest public mall operator in the U.S. and owner of the Galleria just filed for Chapter 11 bankruptcy.

Reinventing a dead mall such as Northwest Plaza is unlikely to produce a sustainable development. We need to assess our successful malls and ensure that they remain strong. The Galleria has incredible urban development potential.

I’m choosing to focus on the Galleria (and Boulevard) area because some hopeful signs are present. The Promenade, Brentwood Pointe and surrounding area seems hopeless at this point – although even more potential for dense repurposing exists.

It seems that the presence of a light rail stop adjacent to a major retail district would move dense development to the fore, but it seems a model and some vision are necessary. Enter Vancouver. The “citifying” of the Oakridge Centre Mall is about as traditional as it gets. It’s a very successful retail center, but is in the process of becoming much more. 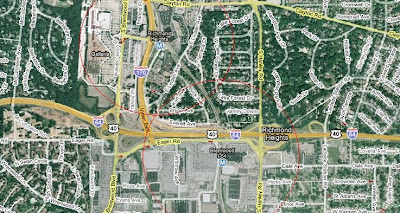 The redevelopment plan for Oakridge Centre may add up to 330,500 sq. ft. of retail, 200,000 sq. ft. of offices, and 1.2 million sq. ft. of housing, all of it within a five minute walk of the subway station that will be built along Cambie Street, a major bus route. The Galleria (and Boulevard) already have this access and yet completely ignore it. Numbers like these would produce a lively district that would be more than a mall.

Brentwood Boulevard should be fronted with retail from Clayton Road to the I-64 interchange. Added retail should include a Lowes or Home Depot a grocery store and a Target or WalMart to create the only all-in-one shopping stop in the metro area. Luring these retailers from surrounding locations would free up additional space for urbanization. Surface parking should be largely removed and a through street at the Galleria should be introduced.

Adding to the possibility of creating a more pedestrian friendly retail area is the reconfiguration of the I-64/I-170 interchange which removes traffic moving onto I-170 from eastbound I-64 from Brentwood Boulevard. Most importantly, this conversation needs to be happening now among Richmond Heights city government and General Growth Properties before something ridiculous happens and the mall installs one of these: Surf’s Up! 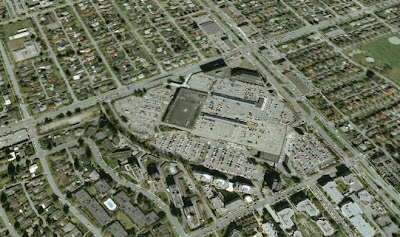 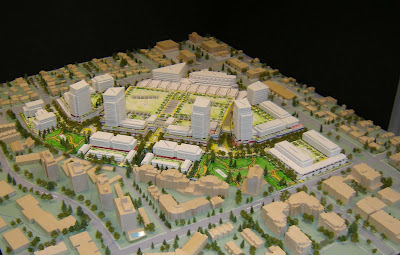 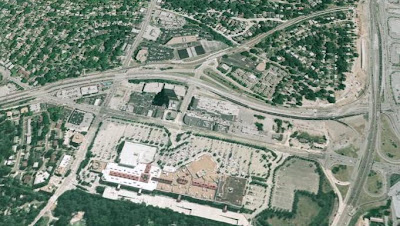 {The Galleria and Boulevard today} 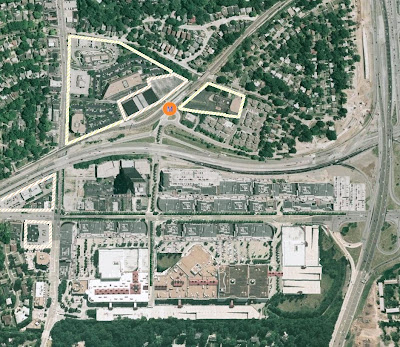