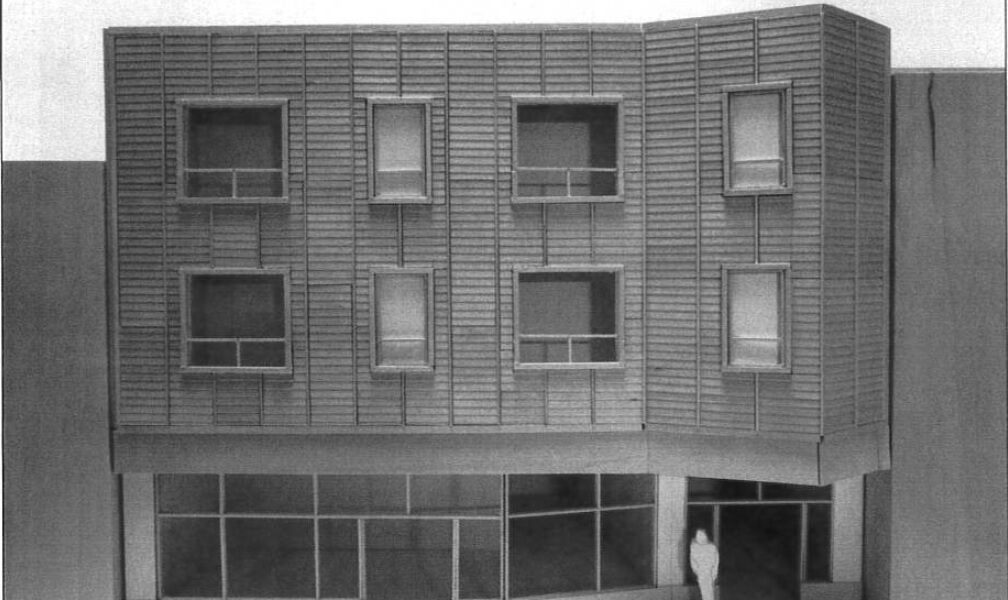 Cheung Investment Group plans a new construction three story mixed-use building at 4210 Manchester and renovation and addition to 4216 Manchester next door in the Forest Park Southeast neighborhood. The design is by Scott Siekert Design LLC. They were a apart of the Vista Place proposal a few years ago which didn’t come to fruition.

At 4210 there would be seven apartments above a commercial bay and eleven surface parking spots behind. The new building will fill in a missing tooth on the south side of Manchester in the Grove.

According to documents filed with the city, the building’s footprint is just over 3,100 square feet, and its maximum height is 37 feet 8 inches. There is a bike storage room on the first floor accessible from the rear of the building. The retail space is 1,880 square feet. The apartment mix is one studio (558 sf), five 1 bedrooms (612-677 sf), and one 2 bedroom (1,170 sf). Each has a balcony. Cheung submitted a $1.25M building permit application in February.

4216 Manchester would be rehabbed and have a third floor added. There would be four studio apartments, two on each floor, above a 970 sf retail bay. The apartments would be accessed via stairs behind the building. Cheung submitted a $250k building permit application in April.

The proposal went before the Board of Adjustment June 22nd for zoning variances, but were tabled so the plan could be considered by the community.

It’s great to see an infill proposal on a “small” lot in contrast to 100+ unit buildings that have been dominant of late.