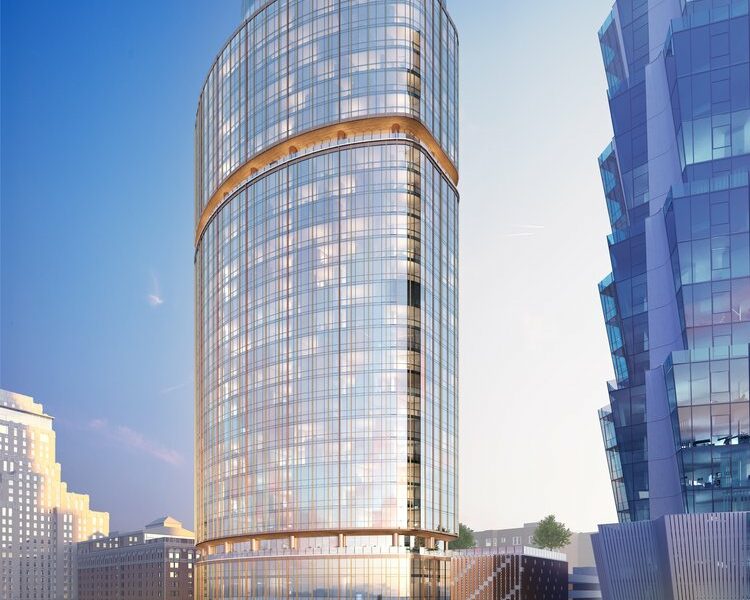 The Preservation Board will consider preliminary approval of the Albion West End, 293 apartments with 360 parking spaces, at Lindell and Kingshighway at its Monday May 23rd meeting. The Cultural Resources staff recommends –

That the Preservation Board grant preliminary approval of the project with the stipulation that final plans and exterior materials be reviewed and approved by the Cultural Resources Office.

Sounds favorable for preliminary approval. The CWE Development Committee plans to submit a letter of support at the Preservation Board meeting. One point of contention for neighbors was maintaining the setback along Lindell. The new site plan shows they’ve moved the building south to meet that setback. Also they would construct a sidewalk from Lindell to the alley to facilitate access to the St. Regis parking lot that is south of the alley. At a community meeting held in April, the president of the St. Regis Board of Directors announced their support of the proposal given the changes Albion made in deference to their concerns.

The parking garage façade facing Lindell is quite disappointing. It will be a green wall with vegetation. The south side of this block of Lindell is lacking in engagement with the street. More than grass on the ground between the garage and sidewalk would be helpful.

Let’s hope someday soon the parking lot at Lindell and Euclid is developed with something for people on its Lindell-facing side. Tough to do while maintaining the setback. The setback makes for a nice visual at the macro-level, but in the micro it is a detriment to human-scaled walkable urbanism. It takes more than a grand vista to make a grand CITY boulevard. The setback area needs to be activated. Outdoor dining space comes to mind. Safety for people crossing Kingshighway at Lindell should be another priority. Calming motor vehicle traffic on Lindell with midblock crosswalks, a road diet, bus-only lanes, etc should be considered too.